Ever since its inception in 2005, Marina Bay Singapore Countdown (MBSC) has become the largest and most spectacular countdown celebration in Singapore, having attracted more than 300,000 people to the Bay on New Year’s Eve.

Jointly presented by Esplanade – Theatres on the Bay and Urban Redevelopment Authority, here are 10 reasons why you should be at #MBSC2016 this year to create exciting new memories for the New Year ahead. We are sure that there is definitely something for everyone on 31 Dec. 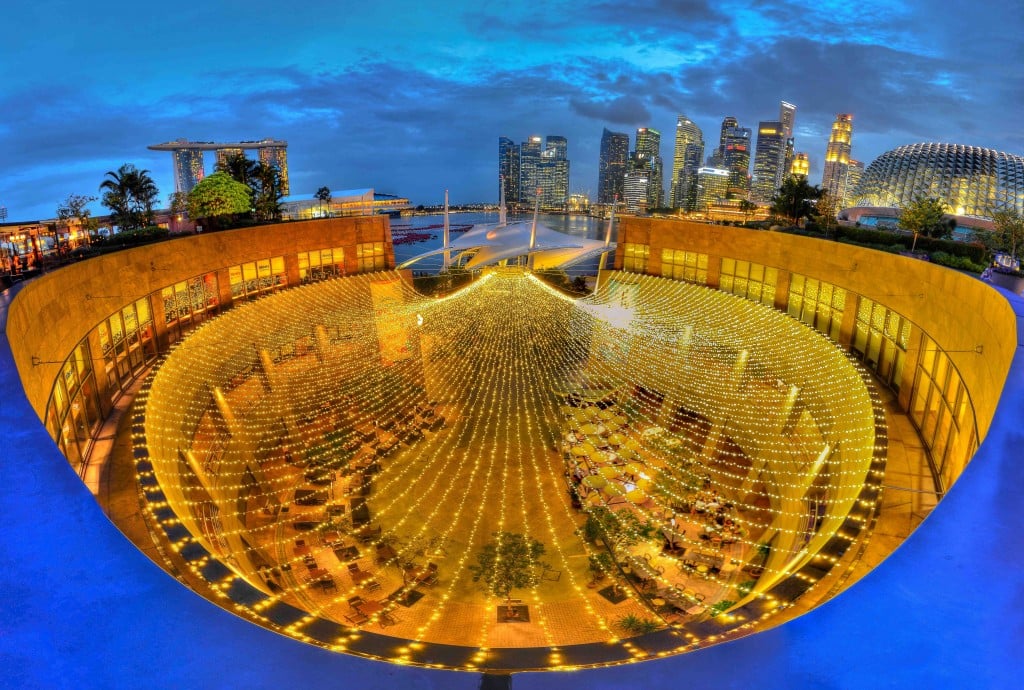 1. It is the biggest, most dazzling New Year’s Eve event in Singapore

#MBSC2016 will be the 11th edition of this signature New Year’s countdown event – proving that these folks sure know how to make a memorable and lasting impression year on year!

2. The iconic location at the heart of Singapore

Held at Marina Bay — arguably the most iconic location in Singapore – this magnificent venue is a visible representation of Singapore’s remarkable transformation from a fishing village to a first-world modern metropolis.

Starting from 7pm, spend your last evening of 2015 with a myriad of performances by The Mad Company and Roze and the Family Soul, who will be dazzling the audience with popular music numbers to gear you up for the final countdown.

Head on to the Esplanade’s website here for the detailed schedule for the evening.

4. A waterfront bazaar along the promenade

Earn brownie points with your bae by taking him/her on a unique shopping experience as you stroll down the Marina Waterfront Bazaar at the promenade from 3pm all the way to 3am. You’ll be greeted with an array of handicrafts, collectibles, fashion apparel and accessories, party novelties and lighted gadgets. Oh, and not forgetting the actual food. Light refreshments are also available at affordable prices.

5. Concert at The Float (tickets required)

Featuring a star-studded ensemble of local artistes and international star Adam Lambert, this concert — organized by Mediacorp — will pack your evening with high-energy entertainment and excitement as you party it up to 2016 with them. 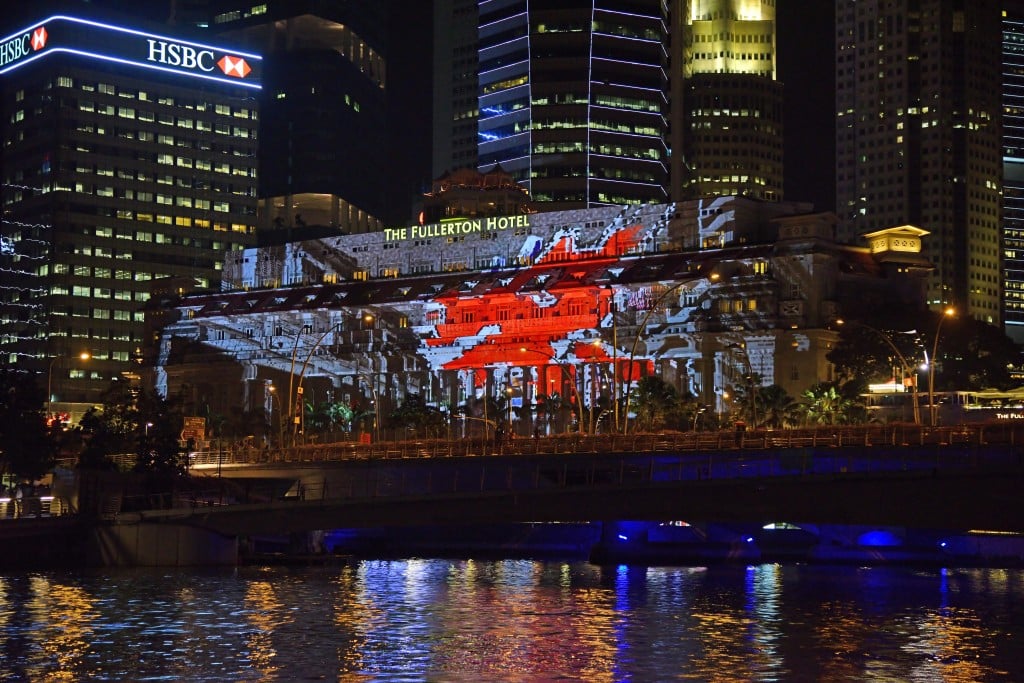 A special light presentation depicting Singapore’s dynamism and vibrant future will be displayed on the façade of The Fullerton Hotel. You can look forward to stunning images that show our identity as a nation that grew from shophouses to the high-rise HDB flats we know of today, as well as the sprawling world-class city we have become. It will be shown hourly between 8pm and 11pm from 26 to 31 Dec 2015. On New Year’s Eve itself, the final showcase at 11.55pm will culminate in a countdown sequence to midnight.

Image by Bryan van der Beek, Courtesy of Esplanade – Theatres on the Bay

End the year with a bang (literally) with the highlight of the evening: an eight-minute long firework display at the stroke of midnight. For the first time ever, this spectacular firework display — accompanied by a rousing musical score specially choreographed and composed by local music talent Julian Wong — will span the entire length of Marina Bay. And hey, this ensures that you will no longer be craning your neck just to look at a section of the fireworks anymore. 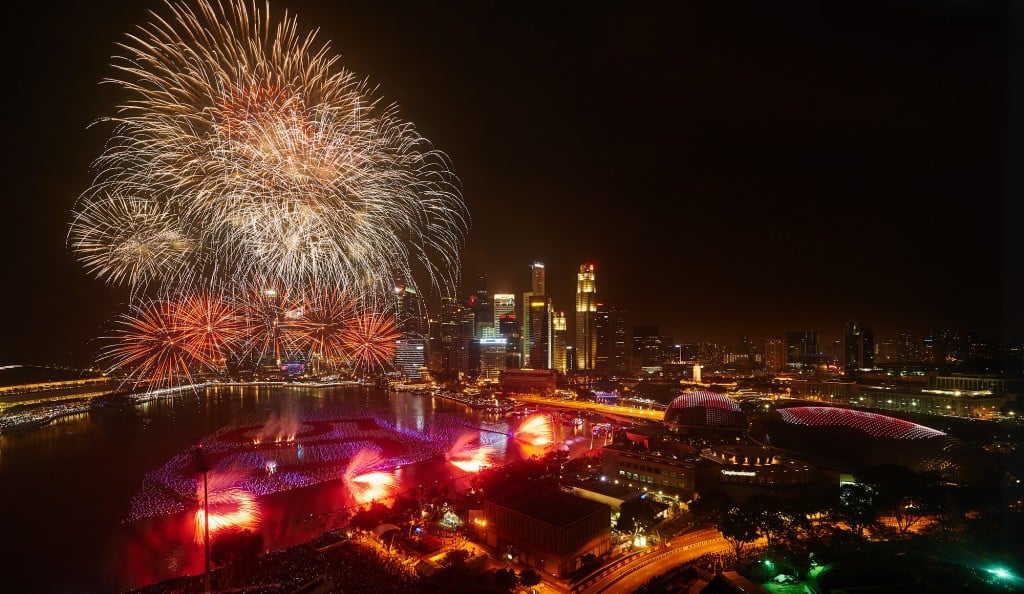 Image by Wesley Loh Kar Wai, Courtesy of Esplanade – Theatres on the Bay

Noticed the various wishing stations that were set up all over Singapore ever since mid-November?

Hopefully you have been duly penning your hopes and dreams onto those spheres, for 20,000 of those spheres will be set afloat onto the bay, and lit with coloured lights on New Year’s Eve to create a magnificent visual showcase. The installation represents the collective wishes by residents and visitors for Singapore’s future in the years to come. Did you know that there were only 2,500 wishing spheres back in 2005 during the first ever celebration? This installation has been a tradition of MBSC celebrations ever since.

We love competitions, and we love competitions with attractive prizes even more. This year’s Photo Competition theme is “A Better Future”, and participants are to submit photos of the various festivities and events of #MBSC2016 that reflects this theme. The photo entries should try to capture people celebrating the event, highlighting the kinship, friendship or community ties, as well as to reflect hope and anticipation for the nation’s future as Singapore journeys into the next 50 years and beyond. Participants stand to win attractive travel vouchers sponsored by #MBSC2016’s Official Airline Partner, Tigerair.

10. It is the final Golden Jubilee event

And last but not least, this will be the last ever #SG50 (yes, we know you’re tired of seeing this hashtag too) event, and the start of a new chapter for Singapore. We are all excited about the infinite possibilities that 2016 will bring in.

With lights, music and action, what more can we ask for? Definitely the most unforgettable way to celebrate the start of 2016, and we can’t think of a better way to count down to the New Year than at #MBSC2016.

Gear up for the celebration by liking and following #MBSC2016’s Facebook and Instagram page, and stand a chance to win amazing prizes by participating in their weekly contests!

For more information, check out the website here for updates and detailed schedules.

This post was brought to you by Marina Bay Singapore Countdown. 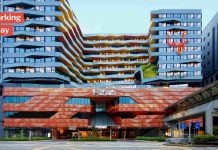