3 People Arrested For Speeding On E-Scooters

Personal mobility devices are constantly breaking the boundaries of conventional transportation. However, as three errant e-scooter riders found out recently, speeding in Singapore often comes at a costly price.

Too Fast Too Furious

Channel NewsAsia recently reported that three e-scooter riders aged between 32 and 37, were apprehended for dangerous driving along Nicoll Drive on 14 Oct at 2.05am, stating that the e-scooters were travelling at speeds of more than 100km/h.

Facebook group Use Your RoadSense also chimed in, claiming that the highest speed clocked by these 3 e-scooters was an alarming 130km/h.

To put that into perspective, the highest speed limit in Singapore expressways is currently 90km/h. These e-scooters were allegedly travelling almost 1.5 times faster than the fastest allowed speed on the highway.

We did some internet sleuthing and found that Use Your RoadSense is actually an initiative by the Singapore Traffic Police. Actually, we just clicked on the About tab on their page. 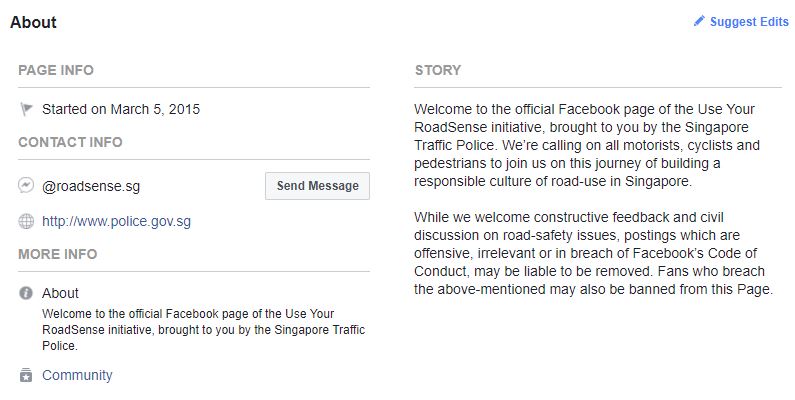 It aims to unite all motorists, cyclists and pedestrians in building a responsible culture of road-use in Singapore through fostering constructive feedback and civil discussion on road-safety issues.

Fair enough. Now let’s use our road sense and take a look at some of the comments left by civic-minded community members.

With the e-scooters allegedly going at 130km/h, they were travelling as fast as an actual Vespa scooter.

In fact, even with a Yamaha bike, this netizen couldn’t even hit 110km per hour.

Some pointed out that the vibration caused by travelling at that speed on such a light vehicle would result in damaging whiplash from the blast of wind generated. This could result in the possibility of a person being blown clean off their scooter.

Others mused that it seemed logical to invest in an e-scooter instead of a car, if the e-scooters could achieve the alleged speed.

Use Your Road Sense

No matter how improbable an e-scooter travelling at 130km/h sounds, the fact remains that these three irresponsible riders were arrested for dangerous driving. Do note that if you are planning on achieving that speed via a vehicle or otherwise in the near future, it’s unlikely that you will avoid getting caught by our vigilant police force.

There’s no better time than the present to own an e-scooter or personal mobility device. However, for the good of all pedestrian kind, just remember to abide by the rules and no one has to get hurt.