It’s sad when a loved one is stricken with a serious illness, especially cancer, which is the top killer in Singapore. Everybody has heard of a relative or friend who has been stricken by cancer.

But though the suffering of a loved one is devastating, the pain doesn’t end even when the patient has sadly passed away.

For according to a grieving daughter of a deceased cancer sufferer, her mother’s medical bills added up to a massive $1 million. 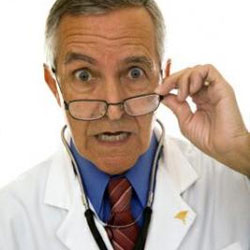 How? Just… how did it come up to so much? 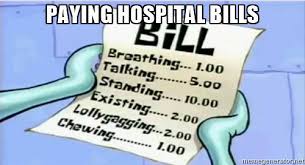 Ms Leong claimed that her mother had seen 10 doctors and spent 58 days in the Intensive Care Unit.

$350,000 in medication was also spent, including over a thousand doses of drugs, she said.

Unfortunately, all that was for nought, as her mother sadly still passed away.

What Is To Blame?

Ms Leong, understandably upset, searched for answers in her post as to why the worst still happened despite the massive expenditure.

Some of the reasons she thought of were:

As they tried to save the life of her mother, she lamented that the right knowledge wasn’t available and her family did not know who or what could do the trick among all the recommendations that family and friends made.

Saying that they “missed many” of the recommendations, she also said they mostly muddled through the treatment via trial and error.

That may explain why it was so expensive.

Ms Leong said the cancer was more aggressive than they had estimated and chemotherapy should have been done sooner.

She advised future sufferers to do “targeted chemotherapy” if they led an active lifestyle and had a healthy diet.

In Singapore, unfortunately, you have to pay for better care and a higher chance of living, and if you can afford it, it’s always better go to a private hospital.

There is a HUGE difference in SPEED and EXPERTISE for public healthcare and private specialists.

Though her mother was admitted to hospital way back in January the cancer wasn’t discovered till 2 weeks later, Ms Leong said.

This could be attributed to the fact that they did not go to a private hospital, as she claimed the tumour would have been discovered with “the right scan”.

i.e. With an immediate, detailed scan to check for a tumour that is more likely to be given faster in a private hospital, the tumour would have been discovered sooner:

For a woman over 50’s and post-menopause, if there is unusual swelling in the abdomen, a detailed scan to check for tumour is required immediately.

Ms Leong said that the family did not know that their mother’s insurance coverage included private specialist treatments.

She also felt that the system was cold-hearted, and designed to suck one’s insurance payout to the maximum.

She even revealed that the ludicrous $1 million bill referred to her mother as a “customer” and not a “patient”.

Netizens sent their condolences and expressed their shock and rage over the expensive bill and Singapore’s healthcare system.

Other related their own stories of woe over cancer and hospital bills.

One had a good idea for the ordinary citizen: Waive a portion of the bill if the patient doesn’t recover.

We send our deepest condolences to Ms Leong for her bereavement.