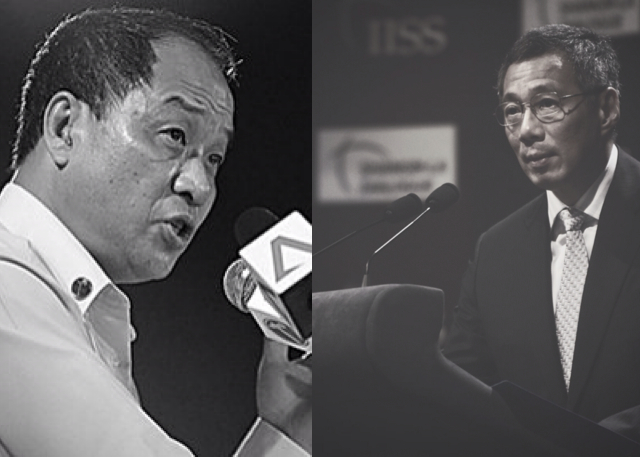 When interviewed on a possible return to politics, George Yeo ruled himself out saying, ” I dont see myself returning to politics.”

With George Yeo ruling himself out, the leader seat of the PAP Aljunied team remains empty with no obvious successor.

Yet, it is certain that the PAP will field a leader to lead the team into winning back the first GRC that they have lost in history.

Whoever the leader will be, depends largely on the PAP’s strategy for the coming General Election.

There are two extremes to the PAP strategy.

One extreme is the “all out to win” strategy, where the top priority will be to recapture Aljunied from the Worker’s Party. The PAP will field a heavyweight Minister to lead the PAP team in this strategy.

The other extreme is the “conservative politics” strategy, where the priority is to protect the remaining PAP-held GRCs. The PAP may gamble on fielding lesser known leaders in this case.

The actual PAP strategy will most likely lie between the two extremes.

The PAP will definitely make use of the current political climate of the AHPETC saga, Lee Kuan Yew’s passing, and the SG50 to mount a strong challenge in the Aljunied GRC.

Yet, as a conservative party, the PAP will also have an eye on the “conservative politics” strategy to hedge against a possible loss in Aljunied.

We review potential candidates who may be given the leadership seat of Aljunied to fit with the strategy in the coming General Election.

Masagos Zulkifli is currently a Minister in the Prime Minister’s Office and the Member of Parliament for the Tampines GRC.

He was recently promoted to a full Minister after the Cabinet reshuffle earlier this year. His appointment marks the first time that the Cabinet consists of two Minister with Malay descent.

Besides being a full Minister, he is also the Second Minister in Home Affairs and Foreign Affairs.

Masagos Zulkifli is tipped for bigger responsibilities in years to come and to lead PAP to victory in Aljunied may very well be his first.

Being of Malay descent, his appointment will fulfill the GRC minority representation requirement at once, leaving the other seats up for easier selection.

Despite being promoted to a full Minister, Masagos Zulkifli is still relatively quiet and keeps a low profile, which means that the PAP might not field him to win Aljunied, where aggressive political campaigning will be expected.

He have been serving Tampines GRC since 2006, so the PAP is more likely to keep him in Tampines as the anchor Minister instead.

Even before the 2011 election, Emeritus Senior Minister Goh Chok Tong tipped Heng Swee Keat to be a core member of the 4th generation of PAP leaders.

True enough, just 12 days after his maiden General Elections, Heng Swee Keat was promoted to the Minister for Education.

He was also given the responsibility to lead the Our Singapore Conversation committee, an initiative to express a more consultative government.

Earlier this year (13 February) in parliament, he read a lengthy speech attacking the integrity of the Worker’s Party with regards to the AHPETC saga.

He further accused them of betraying the trust of the residents and questioning the track record of the party.

Still winding from the trauma of losing two full Ministers after the 2011 General Election, the PAP may adopt a play-it-safe approach in selecting a more dispensable team.

In this case, it will be unlikely that Heng Swee Keat may be deployed as the leader of a suicide squad.

However, as it stands, it is more likely that the PAP will capitalise on the AHPETC saga, recent passing of Lee Kuan Yew and the SG50 (if the general election is to be held in 2015), they will most likely send a strong team in.

Lawrence Wong is currently the Minister for Culture, Community and Youth as well as a Member of Parliament for West Coast GRC. With his frequent appearances at the 2015 SEA Games, Minister Wong’s popularity may be at the highest point now.

Like Minister Heng, Lawrence Wong had his virgin electoral experience in the 2011 General Election and is also tipped to assume greater responsibilities.

The situation at Lawrence Wong’s GRC is also politically beneficial for him.

It is quite certain that the PAP will not concentrate too many heavyweights in a single GRC, and we can expect one of the full Ministers to move.

Lim Hng Khiang is currently the anchor Minister for West Coast GRC, he have been with them since the constituency was created. PAP is unlikely to shift him out.

While S. Iswaran is a relatively low profile figure, and was silent over the AHPETC saga.

In addition, he is too important to be risked in Aljunied. S. Iswaran shares long term links with Narendra Modi, the President of India.

Lawrence Wong, on the other hand, have been attacking Workers Party about the AHPETC saga since 10 December 2014, with the most recent attack dated 5 June.

All signs points to Lawrence Wong as the most suitable heavyweight candidate from West Coast GRC.

BONUS: He can play the guitar.

Lawrence Wong is still a relative political greenhorn, having contested (and won) in one General Election.

Ong Ye Kung was part of the PAP team in Aljunied that lost 2011 General Election.

He is now the Director for Group Strategy for the Keppel Corporation in Singapore, and a grassroots member of Sembawang GRC.

Before the 2011 General Election, Ong Ye Kung was tipped as a potential Minister material. However, the loss in Aljunied meant that he was not able to enter the Parliament.

Nonetheless, among all the five members of the PAP team in Aljunied, Ong Ye Kung is the only one who has not ruled out a return to politics.

As evident from his grassroots activities in Aljunied (2011-2014) and Sembawang (2014 – Present), Ong Ye Kung is positioning himself for the coming General Election.

Armed with the tag-name of being a potential Minister material, having some experience in running for Aljunied as well as the desire to join politics, Ong Ye Kung certainly is a contender to lead the PAP team in Aljunied in the coming General Election.

Being a political newbie and lacking any heavyweight ministerial title, Ong seems unlikely to lead a team on a mission to recapture Aljunied.

Of all the candidates to be considered in this list, Victor Lye is the most experienced person you’ve never heard of.

He is the chairman of the PAP at the Bedok Reservoir-Punggol branch, which falls under the jurisdiction of the Aljunied GRC. The CEO of Shenton Insurance Pte Ltd has been involved in Aljunied grassroots since the 1990s.

Victor Lye brings with him a wealth of experience, ability to speak well and connect well with the ground.

Victor Lye has campaigning on behalf of the PAP in Aljunied and have been involved in several clashes with the Workers’ Party.

He has also been conducting grassroots activities and walkabouts clad in full white, to project the presence of the PAP. 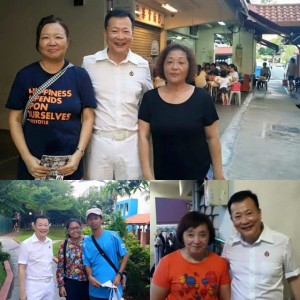 In the mid 1990s, Victor Lye rejected an offer to join the PAP, citing his disinterest in getting involved in politics.

More than 10 years later, the situation have changed. Victor Lye has been working harder than before to pull the voters back to the PAP.

In recognition to his ability and efforts, he may be approached to join the PAP team in Aljunied for the coming General Election.

However, it remains unlikely that he will be chosen to lead the team since he lacks the portfolio of a minister and he have yet to gather any electoral experience.

Judging from the list, if the PAP adopts an “all out to win it” strategy, the candidates will be between Heng Swee Keat or Lawrence Wong.

Should the PAP employ the “conservative politics” strategy, the candidates will be between Masagos Zulkifli, Ong Ye Kung and Victor Lye.

However, the actual candidate may not be on the list at all, since the political situation in Singapore may change between now and the GE.

For all we know, Lee Hsien Loong may well be laughing at how inaccurate this article is.