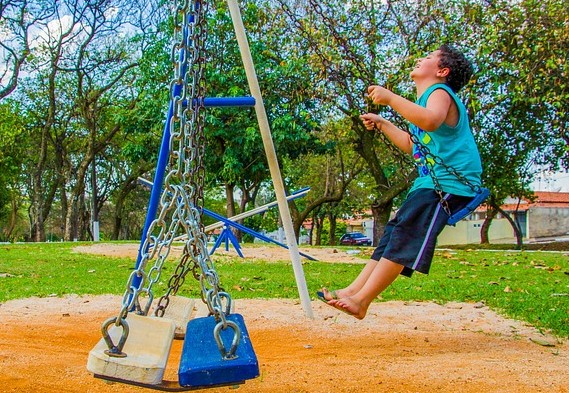 The Story Of A Young Boy And His Caretaker, Mak Su

There is much to learn from people who live their lives simply but with great compassion. A moving Facebook post on Gay Sg Confessions has gone viral on social media pages after many readers were brought to tears by the story of a man and the special bond he shared with Mak Su.

Mak Su was a Malay Muslim caretaker of a boy who came from a privileged background with investment banker parents.

Their relationship started rocky. Mak Su could not speak much of English and the young boy described himself as a spoilt and arrogant child that even he wouldn’t have liked back then. Slowly, Mak Su won his affection. Whenever the boy scolded her, Mak Suk responded with love by calling him “Sayang.” She raised the child with unconditional devotion and strength.

When you fall, you get up

The boy recalled a time when he was running long distance in a school sports competition:

Halfway through my sprint, I felt an excruciating pain in my hamstring that rendered me to my knees and in tears. The medics came quickly to tend to my injuries, but I refused them.

Though I knew I had lost the race, I wanted badly to finish it. So I picked myself up and limped my way slowly to the finish line where I saw a familiar face. It was Mak Su. She was jumping up and down, and tirelessly cheering me on. When I did finally cross the finish and made my to her, I fell in her embrace. She knelt down on her knees and held me tightly by my sides. “Sayang, you fall, you get up, you finish strong. Is all is important in life.”

Coming out of the closet

Mak Su was also the first person the boy, who was in junior college then, came out to.

Somehow, I felt that she would understand. She was cooking dinner for two that night. The menu was plain rice, fried chicken, and my most favourite of all, lauk tempoyak. Noticing I was behaving oddly, she said to me, “Makcik kenal sangat dengan rupa tu. Rupa yang sama apabila you pecahkan cermin kegemaran Ibu you tu.” (“I know that look, it is the same look you had when you broke your Mum’s favourite mirror.”)….

she was surprised, but assured me that nothing has changed, and that she loved me no matter what.

After army, the young man left for Cambridge to pursue his education. Their inseparable bond never slipped. Mak Su visited him there. He took her to lunch and they went for a boat ride. There, he found out that his beloved Mak Su was dying.

The young man who had become a part of Mak Su’s life as much as she was a part of his, came back to Singapore to repay her unconditional love in a final farewell.

Read the moving testimony of a young man and his caretaker Mak Su here.