Poisoning and sabotaging on the cards. What’s next?

Ouyang Xiangyu is a 27-year-old scientist who pursued her graduate studies on an A* STAR scholarship at Stanford University.  A*STAR is a scientific research agency based in Singapore and offers some of the most prestigious scholarships to budding scientific talents. She had a bright future ahead. After completing her ‘A’ levels at Temasek Junior College, she went on to Imperial College London to read Biochemistry on an A*STAR National Science Scholarship, achieving stellar results there. Then in 2013, she took up a second A*STAR scholarship to complete her PhD at Stanford University.

However, in a freak turn of events, she is now accused of poisoning her lab mates at Stanford, and will face trial in California.

In September 2013, Ouyang’s lab mates realised that something was wrong with the water in the bottles that they were drinking from after they experienced “burning sensations” in their throats. Ouyang admitted to adding the chemical paraformaldehyde into “at least two bottles” that were not hers in a November questioning by the police. Paraformaldehyde is used to preserve tissue samples. 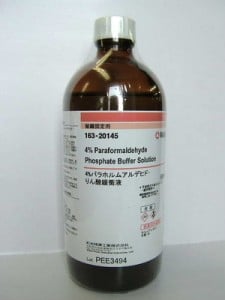 The father: When questioned at their Clementi flat, he claimed that he was unaware of any pre-existing medical condition his daughter could have had.

“If we had known earlier, we would have sent her for treatment.”

Both parents are said to be researchers as well.

The mother: According to a tenant who lives with the family at the Clementi flat, Ouyang Xiangyu’s mother “constantly worried about her”. She is currently taking care of Ouyang Xiangyu in the United States.

The friends/colleagues: They described Ouyang Xiangyu as a “nice, quiet and shy girl”. However, she was “not very confident” about her work and also appeared to be under stress.

A*STAR: They are “deeply concerned”. “There will be no action on our [their] part until after the proceedings have concluded.”

Ouyang claimed that she had been suffering from “insomnia and dizziness”, and felt “disconnected from reality”. Although she had sought psychiatric help and was given anti-depressants, Ouyang stopped taking them because they worsened her headaches. She insisted that it was never her intention to harm anybody and that her actions were a “cry for help”.

She has posted bail of $50,000 but is not allowed to leave America. She will plead not guilty due to insanity.

If she is found guilty, she will face a jail term of two to five years, with another three years being potentially added if the chemical used is deemed to be able to cause “great bodily harm or death”.

To name, or not to name

The Straits Times articles all named Ouyang Xiangyu as the main suspect in the Stanford case. However, U.S magazine VICE masked the names of all suspects and victims involved, using pseudonyms in their news article instead.

The VICE article used the pseudonym ‘Zheng’ instead. We wonder why. 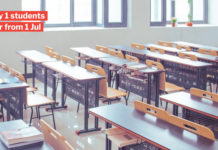