Must Share News – Independent News For Singaporeans
Home News You Don’t Really Have To Be Afraid Of The Dallas Buyers’ Club... 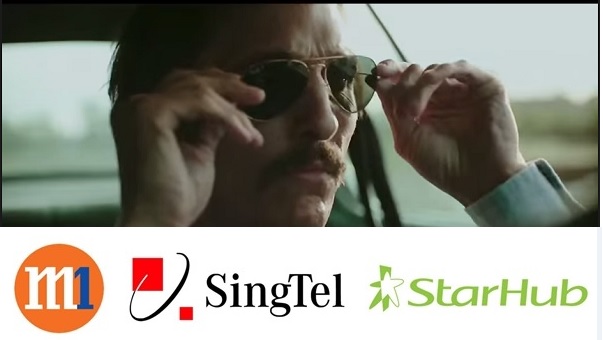 Subscribers of SingTel, StarHub and M1 are being sent threatening letters demanding payment for allegedly downloading the movie Dallas Buyers’ Club illegally. The telcos were forced to reveal the names and addresses of IP address owners who were found to have seeded the movie after court orders were given.

The same company has been doing the same routine in other countries, with varying degrees of success. This routine is known as “copyright trolling” or “speculative invoicing”, in which the copyright holder (not the same company as the producers of the film, just a company assigned with the rights) accuses consumers of downloading the material without a license and asks for payment, or further legal action will be taken.

What should you do if you receive this letter?

1. Note the only evidence they have of your alleged misdeed is an IP address

…which may or may not be yours, as it was found to have illegally seeded the movie on a torrent client.

The law firm cannot file a lawsuit against you for copyright infringement solely because they have your IP address and name. That evidence will not hold up in court.

2. Check if you have left traces online of yourself

This is how they will nail you down. However, because the law firm has to find the evidence, you should tread carefully when sending your replies and take care to not reveal information they can use.

Even if you haven’t actually downloaded the movie illegally, this is a good practice as your privacy can be compromised more easily than you think. Even if there are a ton of people with the same username as you, for example, a stray email address you used years ago on a forum can be linked back to you with enough digging.

You can reply to the letter denying the allegations, which may or may not cause the threatening letters to cease. However, do not lie or fabricate stories. Simply refute the allegation and seek legal advice, privately.

Do not tell them anything you don’t need to, like the fact that you did not download the infringing file (this can be used against you later if you did indeed download the file).

More Letters of Denial may be required for subsequent letters they send.

You should not be afraid, because in most cases, Dallas Buyers’ Club LLC do not have the ability to pursue the matter all the way to court.

They would be required to do additional digging if you deny the allegations.

5. Wait until they stop sending letters, and monitor developments in other countries

As you are only obliged to reply to the letter, the only action the law firm can make is to continually send letters. Therefore, you should keep sending replies back to them that you are seeking legal advice on the matter.

Meanwhile, keep an eye out on the same issue in other countries. As Dallas Buyers’ Club LLC is doing the same thing in the United States, the United Kingdom and Australia, there will also be news on their developments there, allowing you to consider your next move. If someone managed to repel DBC in another country, you can use the same tactic here.

Just because you have not downloaded Dallas Buyers’ Club, does not mean that you are safe. Other movies may have already been tracked online for sharers and they could simply be waiting for this case to succeed before taking more action.

This is why paying them is a bad idea: they will be encouraged to bring in more letters and obtain even more money.