It remains to be seen if Amos will be grateful

Remember Amos Yee, the 17-year-old dude who made insensitive remarks about the late Lee Kuan Yew and Christianity in his YouTube video? After his video went viral, more than 20 police reports were filed against him.

He was arrested by the police on Sunday and formally charged on three counts in the State Courts today (31 March). These are the charges that he is facing.

Although Amos has not yet apologised for his actions, his father did so, saying:

“I want to take the opportunity to say very sorry to Prime Minister Lee.”

A petition has been put up on website change.org by a certain Wally Tham, calling for the Government of Singapore to Release Amos Yee.

1742 people have signed the petition thus far, but it still needs another 758 more to reach its goal of 2500. These are some of the reasons as to why some people chose to sign the petition.

Signing all the way from Australia.

Not if you insult another religion. That’s a pretty serious crime in Singapore.

Can mere ‘kids’ talk so elaborately and cite facts and figures?

So it looks as though the opinions on this case are divided. Some think that this boy should be properly dealt with and face the consequences for his actions, whilst others feel that Amos should be given another chance.

The million dollar question now is: Is Amos even sorry?

WATCH: Amos Yee, who allegedly made an insensitive YouTube video on Christianity and late Mr #LeeKuanYew, was in court with his parents today. http://cna.asia/19D6oWu

We think he’s enjoying the attention more than he’s sorry.

Featured Image via Change.org
With reference to Channel NewsAsia 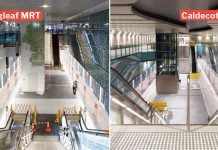 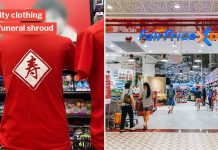