Must Share News – Independent News For Singaporeans
Home People Amos Yee Used To Have A Budding Entertainment Career Before His Reputation...

Amos Yee Could Have Been Famous Instead Of Infamous

Amos Yee is now persona non grata in Singapore after his myriad troubles with the law thanks to his infamous YouTube rant against founding father Lee Kuan Yew.

He’s now far from our shores after successfully bidding for asylum in the United States.

But it’s hard to believe that Amos Yee was once younger and cute, and had a budding acting, hosting and film-making career!

Flashback to just 5 years ago, when Amos Yee was 14 — doesn’t he look cute? 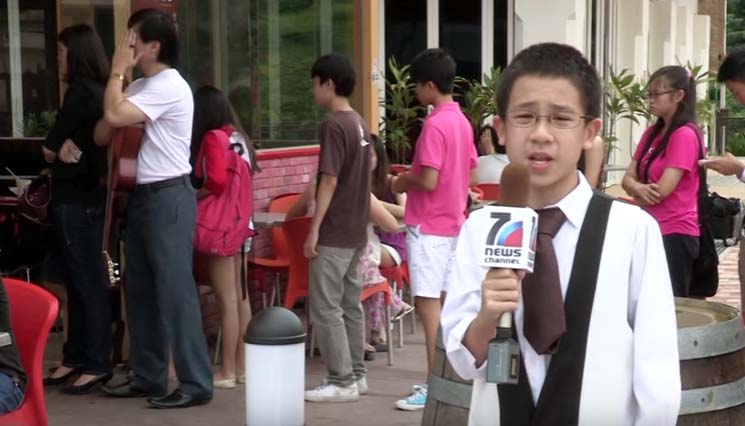 In the screenshot above, he was hosting an advertisement for a fast-food chain promoting its Pepper Nuggets:

While at the time these minor celebs seemed glad to be in the company of a precocious 14-year-old, we’re thinking that these guys may be regretting appearing the same video as Amos Yee now that this video has been resurfaced on the Internet.

Back then, Amos Yee was also a talented actor, having appeared in an ever-popular Jack Neo film — surely the pinnacle of achievement for a young actor in Singapore.

Here he is on the far right of the movie poster: 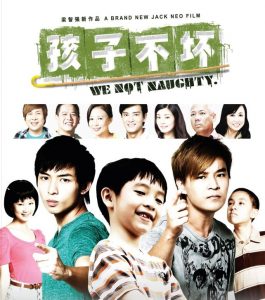 His role in We Not Naughty was a pivotal one; he plays the English-fluent younger brother of one of the lead characters played by Joshua Ang.

See him in action here, with his co-star, singer Daniel Chan:

Not content with acting and appearing in adverts, also dabbled in film-making and even won prizes from The New Paper for Best Short Film and Best Actor at the FiRST Film Festival.

He was the youngest film-maker to have taken part, according to AsiaOne.

Check out this video of him receiving his awards:

He won his awards for his 3-minute short film “Jan”, which he starred in, directed and scripted.

Though having taken a look at the film, it kinda looks like one boy talking to himself and no different from the countless other influencer videos on YouTube. Perhaps standards were different in 2011?

Check out the film to see if you agree:

What Happened To Being Cute?

Well Amos Yee may be widely reviled by many Singaporeans now, but it doesn’t hurt to look back and miss the more humorous young boy that Amos Yee once was and possibly still is behind his racial and religious slurs.

Now that he’s in America, we’re hoping people will remember the once-budding star that he was, instead of the enfant terrible he has become.

Though, in all honesty, a screenshot of Amos Yee eating nuggets is probably not enough to do the job. 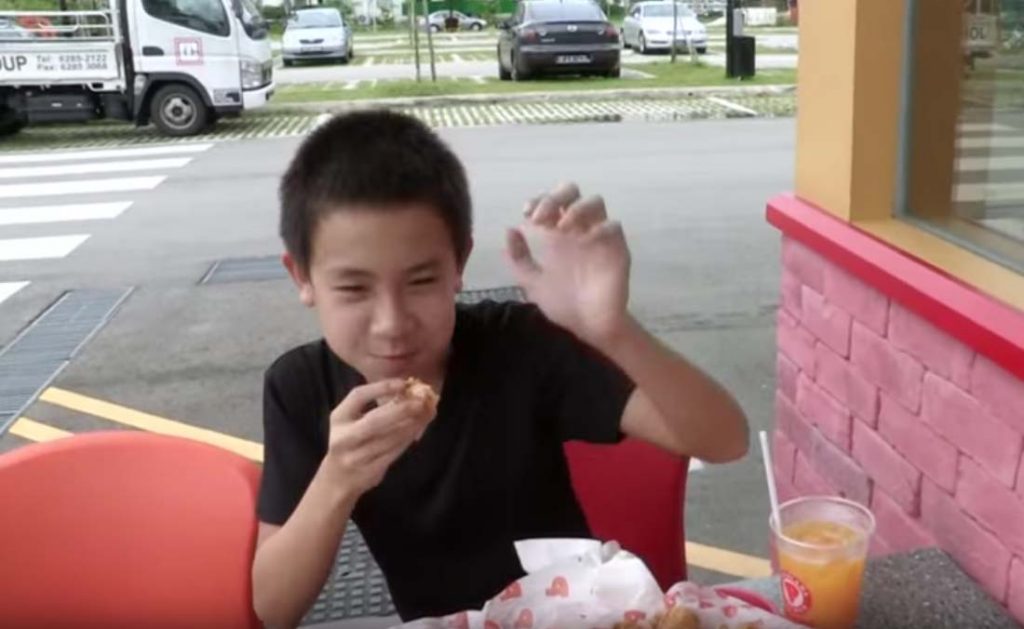