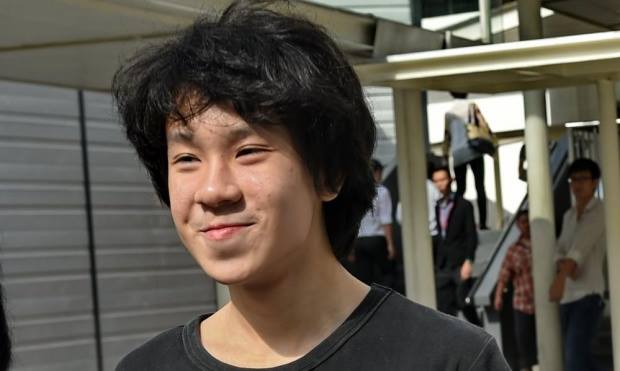 Amos’ lawyer, Alfred Dodwell, has agreed to Amos going for probation, but it took more than an hour behind closed doors for the decision to be reached.

However, he will only be sentenced on 2 June, following a pre-sentence probation report. Also, because he has been found guilty, the offending video (“Lee Kuan Yew Is Finally Dead!”) and post (the one with the obscene image) has to be taken down. He’s now allowed to post more online material.

Amos will not be in remand though. His parents are posting the $10,000 bail for him.

Decision took more than an hour, initial resistance to probation

While the prosecution was asking for probation and mandatory psychiatric treatment. Amos’ lawyers were asking for a fine and two weeks’ jail time instead, at the request of Amos, who claims he’s done nothing wrong, and does not require probation.

The jail time would have factored in the time he spent in remand (18 days), meaning he would not need to be in jail anymore.

The hearing had been adjourned to discuss the reason for Amos’ visits to the psychiatrist.

According to a post by Roy Ngerng, who’s at the State Court, Amos’ mum did not send him to a psychiatrist because she thought he was mentally ill. She actually wanted to know why his IQ was so high.

Hence why he has no wish to see a psychiatrist. This is even after he got slapped really hard.

Covid-19 Breathalyser Kits May Be In Public Places By Mar 2021, Results Take Under A Minute