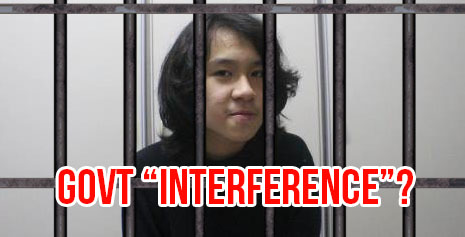 Singapore’s enfant terrible Amos Yee is still detained at a facility in the United States state of Wisconsin, and by this time there shouldn’t be much to say about him anymore — except for the fact that somehow his Facebook page is still active and now blaming the Singapore Government for his extended stay in jail.

A post on his Facebook page on Saturday (May 20), which was purportedly written by people working on his case, has found a new party to blame for the 18-year-old still being detained despite his asylum being approved. No, they’re not pointing the finger at US President Donald Trump any more, but the Singapore government this time.

The lengthy post, which said it was “being made on his behalf by people working on Amos’s cases” said not once, but twice, that they suspected “interference” by the Singapore government.

If not, the post said, they could not see any other legitimate reason why Amos Yee was still being detained despite his asylum bid being approved.

We can only suspect interference by the Singaporean government as there would be no other legitimate reason for Amos to be detained for so long after being granted asylum by the court.

Yup, they’re saying that our government can actually interfere in the ruling of a foreign judge. All this when we ourselves are so wary of foreign interference in Singapore’s affairs that foreigners can’t even attend Pink Dot.

We can think of a reason other than the supposed “Singapore government interference” — perhaps it’s because the US government has appealed the judge’s decision to accept Amos Yee’s asylum bid?

We can think of another reason — perhaps they don’t want him to be let out because he’s already causing havoc in jail by challenging an imam?

Oh yes, he challenged an imam, which was the reason for his first of 2 spells in solitary confinement.

Yes, that’s right, we previously heard that Amos Yee was put into solitary confinement, but now it’s been revealed that he was given that honour twice, and the reasons for it.

According to the post, Amos Yee’s psychological health is now deteriorating after being put in solitary confinements twice — he must be very used to his own company by now, as the prison authorities don’t think he plays well with others.

The first spell of solitary confinement lasted 2 weeks, and came after he attended a religious lecture with a visiting imam — we’re not sure if it was a smart move to allow this to happen, seeing how Amos Yee has a bad rep with religious insults.

Amos Yee pulls a classic move by challenging the Imam, claiming that Prophet Muhammad left violent statements in the Quran, which led to the imam asking him to prove it.

Knowing Amos Yee, he couldn’t keep mum and asked for the Quran so he could show the imam the verses.

The Facebook post then claimed that the imam called security on Amos Yee after that, and he was thrown into solitary confinement immediately. 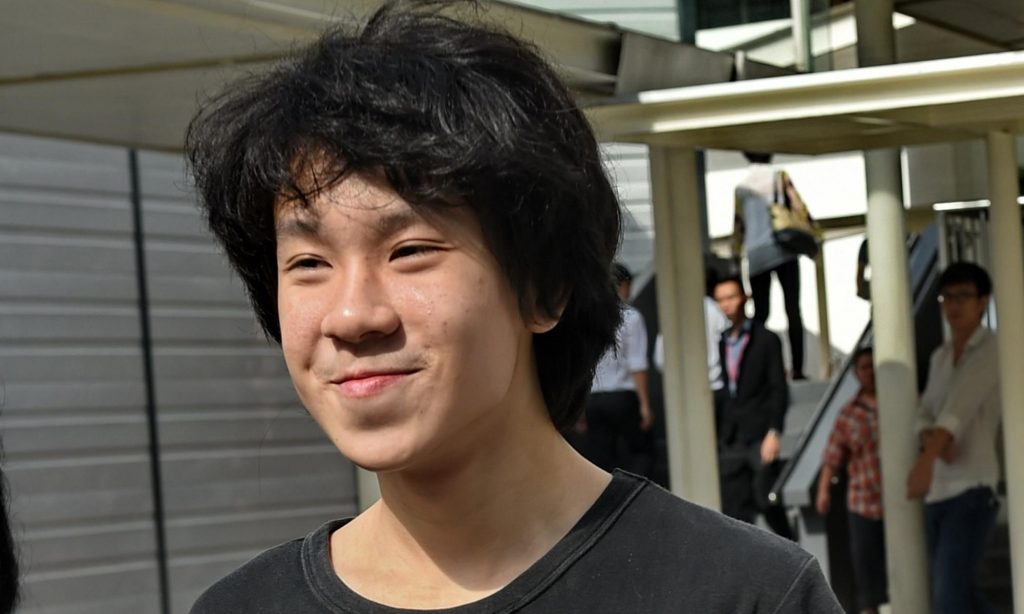 Amos Yee’s second placement in solitary confinement was triggered when he was visited by a reporter.

The reporter believed the teen to be suicidal and notified the authorities — who placed him under suicide watch for 2 weeks.

While it was previously reported that Amos Yee was on suicide watch, we didn’t know that suicide watch also included solitary confinement.

During those 2 weeks under suicide watch, the post claimed that Amos was placed in a small cell by himself, and wasn’t allowed access to the common areas unlike the other inmates.

He wasn’t allowed to shower either.

Some netizens were unsympathetic, and encouraged Amos Yee to take his life, which wasn’t very nice. Read our story about Amos Yee being on suicide watch.

While Amos Yee is out of suicide watch, the people working on his case said he is under psychological stress due to his numerous days in detention.

They also expressed disappointment that the immigration authorities under Mr Trump’s administration have yet to uphold so-called “Western values” of “taking in persecuted political dissidents”.

Some netizens who left comments on the Facebook post tried to be supportive, and told him to hang in there:

But many think he signed himself up for this as he did choose to seek asylum in the US of his own free will:

Some actually believed the claim of government interference:

But others tried to reason against it:

And one wasn’t very helpful to the discussion at all:

We don’t doubt that Amos Yee is having a hard time in a US jail, but no one said seeking asylum in a foreign country would be easy.

While we certainly don’t wish for him to languish in jail any longer, or worse, do something foolish, he did make the choice to do this, and it may yet turn out badly for him.

And by blaming the Singapore Government for his plight, he’s only ensuring that he won’t have any place to go if the US really kick him out.