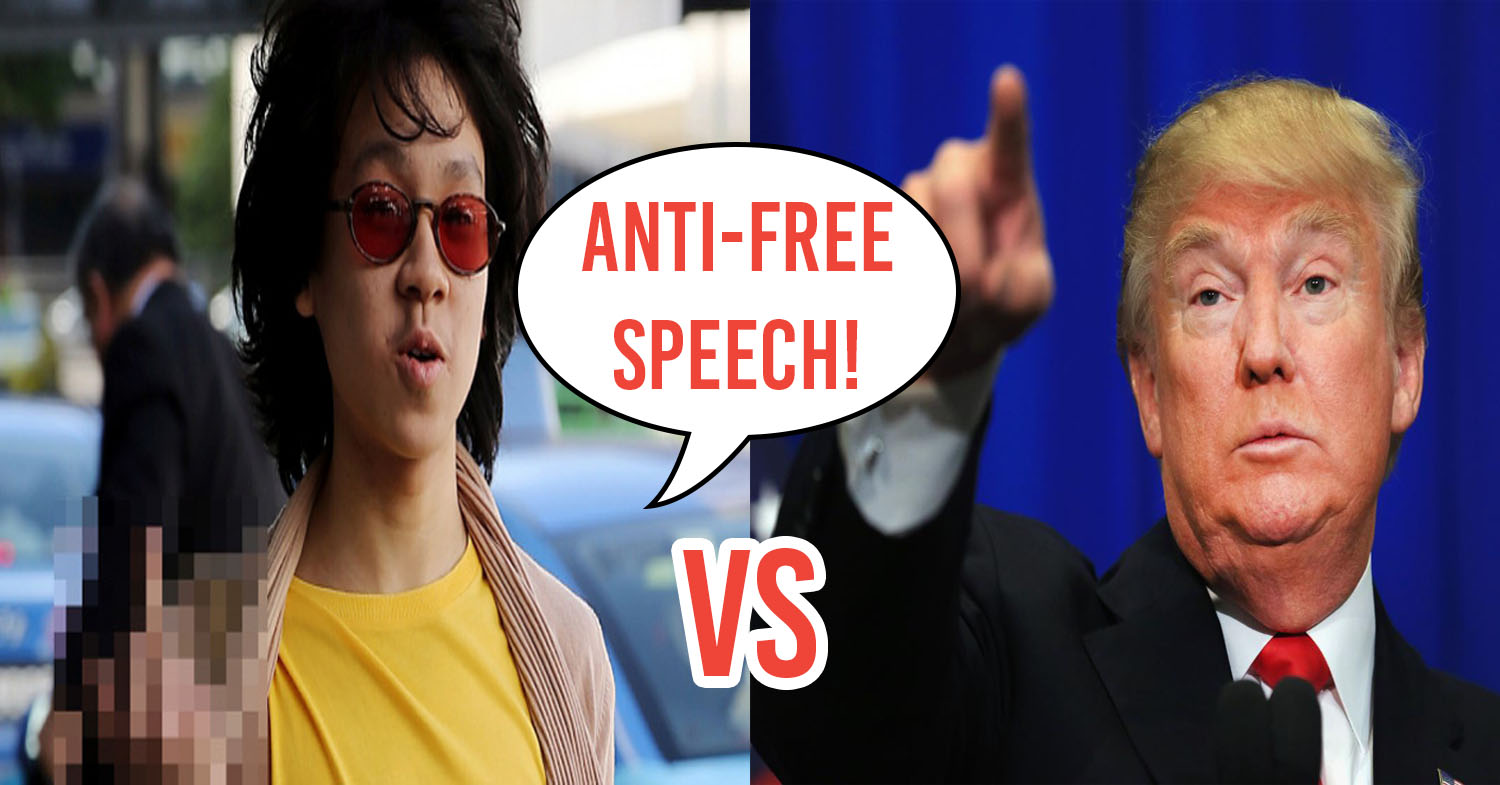 Singapore teen blogger Amos Yee has never been one to shut his mouth for long. Be it slamming former prime minister Lee Kuan Yew, getting into a fight for no reason or seeking asylum in the United States, his antics never fail to be on everyone’s lips.

And now, he has taken on United States President Donald Trump over his crackdown on migrants, saying it is anti-free speech.

A noble cause? But oh right, lest we forget — this crackdown has also affected Amos Yee himself, and it’s responsible for his extended stay in jail as his asylum request is being processed.

No wonder he says the immigration crackdown is anti-free speech — it has made the life of at least one free-speech advocate difficult, namely himself. 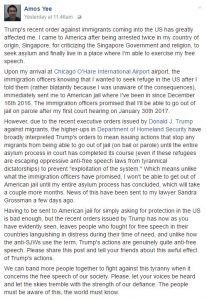 Let’s take a look at Mr Trump’s stand on immigration to the US.

He has told the government to enforce the country’s existing laws on immigration more stringently, primarily relating to illegal immigrants. This means those in the country illegally will be found, arrested and deported more quickly. 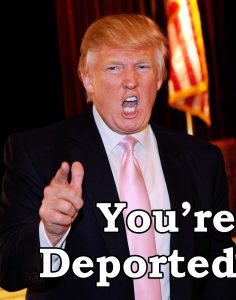 While Amos Yee is not an illegal immigrant (yet), the DHS has also been tasked to erect new detention facilities for immigrants and discourage asylum seekers, as part of Mr Trump’s sweeping orders, according to The New York Times.

This is where Amos Yee sees himself affected — what better way for the DHS to discourage asylum seekers than to detain them till their asylum bid process is completed?

After all, many illegal immigrants are actually asylum seekers who were released while their asylum bid was still being processed, leaving them free to stay on in the US indefinitely.

Whether or not Mr Trump’s orders are justified is an issue for another article.

Why Did Amos Do It?

Surely a politically engaged young man like Amos Yee should have known that Mr Trump was going to be US president when he sought asylum in the US? Surely he should have followed Mr Trump’s campaign speeches and realised how anti-immigration he is? If he had known all this, why did he then choose to seek asylum in the US?

Did Amos Yee do it to play the martyr and challenge the rightfulness of Mr Trump’s orders? 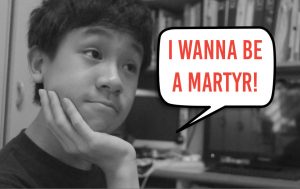 No — perhaps we are giving him too much credit here.

We think he wanted to escape Singapore due to his perceived “oppression” here, and thought the US would be a paragon of free speech that would suit him. But he didn’t think it through, and landed up in a worse prison than he arguably escaped in Singapore.

Now he’s railing against free speech in the US instead of in Singapore — effectively picking a bigger enemy to fight against. Can he win?

Basically, they were savage with their comments.

One even found it funny. Maybe Amos Yee can consider pursuing a career in comedy after his release from prison?

Still, it was heartening to see gracious netizens encouraging Amos Yee to endure the tough times.

Digging His Own Grave

And as if life wasn’t rough enough, Amos Yee seems to have somehow managed to find a way to make it even worse for himself.

According to a Facebook post by his mother Mary Toh, her son is now in solitary confinement. How horrible. What for?

According to an earlier Facebook post that seems to have been posted by Melissa Chen, a Singaporean civil activist involved in Amos Yee’s asylum bid, Amos Yee allegedly lambasted Muslims and Islam during a class in jail. 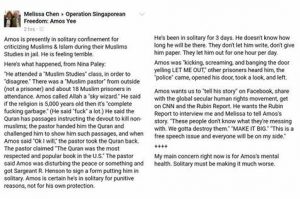 As stated in the post, which cannot be independently verified as it was seemingly posted to a private Facebook group, Amos Yee supposedly attended a Muslim Studies class just to disapprove of it — slamming the religion and the Quran.

Sigh, hasn’t he learnt to keep his mouth shut, at least some of the time?

Amos Yee’s behaviour and actions may be highly controversial, but it is still upsetting to see a fellow Singaporean being subjected to such harsh treatment.

Featured Image from Slate.com and The Independent 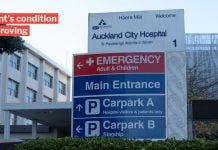