In Singapore where many of us live close to our neighbours and share common areas, disputes can occur over the simplest of things.

Two neighbours living on the same floor experienced such a conflict over a common area – but they’ve never spoken to one another directly.

Instead, they’ve resorted to pasting passive-aggressive notes outside their houses.

Lianhe Wanbao reports that the conflict took place at Blk 335B Anchorvale Crescent. 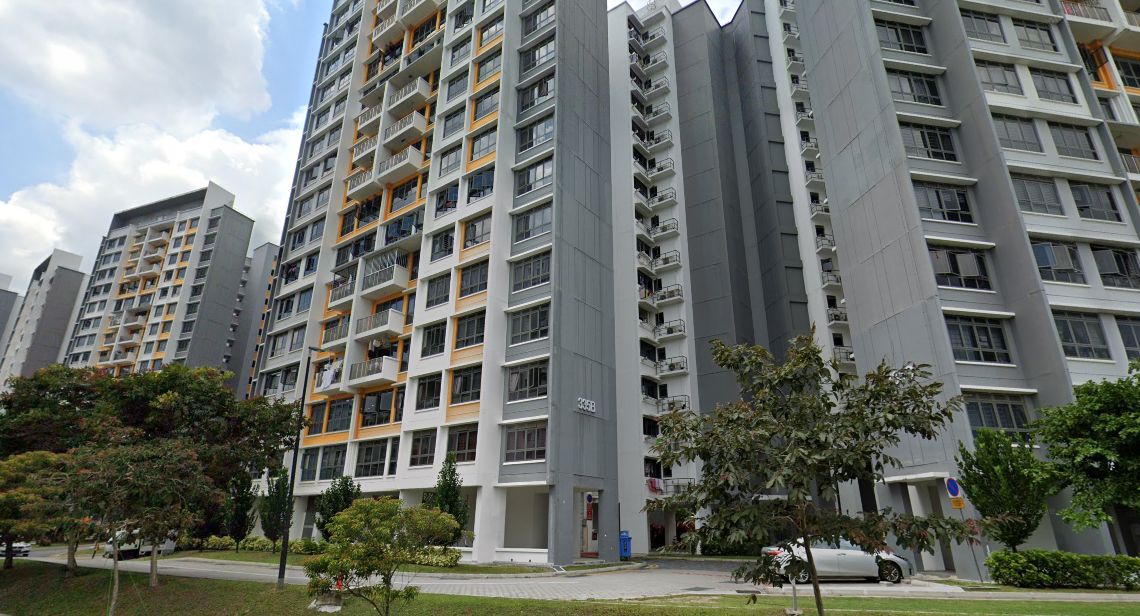 The issue appears to center around a certain resident who’s allegedly leaving boxes next to the rubbish chute.

A picture sent to Lianhe Wanbao by a fellow resident shows a series of notes pasted over said rubbish chute. 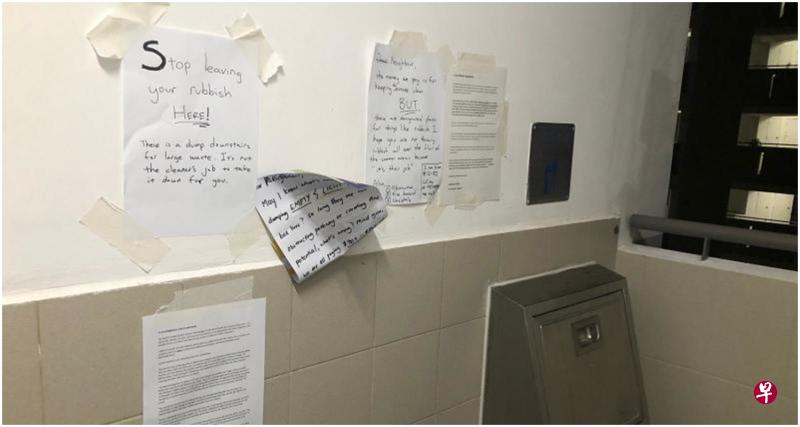 The left-most and right-most notes appear to be written by the same resident, while the one in the middle is a reply from someone else.

A resident seemingly has had enough of this seemingly anti-social behaviour, to the point where they had to… paste a note.

There is a dump downstairs for large waste. It’s not the cleaner’s job to take it down for you.

The other resident, seeing this note, decided they would not settle the issue by talking to the neighbour directly, so they started writing notes.

The full message isn’t clear in the picture, but Lianhe Wanbao reports that the message asks why there is a problem with dumping empty and light boxes for the cleaner.

They also point out that residents pay a maintenance fee of $70-$80, so it’s the cleaner’s job to bring the boxes down.

Clearly there is some disagreement over whether whose job it is to bring rubbish downstairs.

Residents do pay a monthly maintenance fees, but perhaps the issue is more about being “good” neighbours and having the initiative to keep common areas clean. Image for illustrative purposes only.
Source

But what’s funny is how the issue could have been amicably resolved by talking to each other. Pasting notes is about the most paggro thing one can do.

Lianhe Wanbao managed to track down the resident who put up the first note, who said they did not wish to escalate the matter. However, they’re willing to talk face-to-face with their neighbours.

If there’s anything we can learn from this incident, it’s that written messages can’t solve everything. Sometimes a bit of friendly conversation in person can make things a lot easier for everyone.