If you’re a techie and a fan of all Apple products, bet you can’t wait for Singapore’s first Apple store to open at the Knightsbridge mall on Orchard Road (it’s next to Abercrombie & Fitch).

It’s expected to be open this month, according to CNBC, and it shouldn’t have escaped your attention that Apple has already put up a teaser on the previously blank construction hoarding that’s covering the unit now. 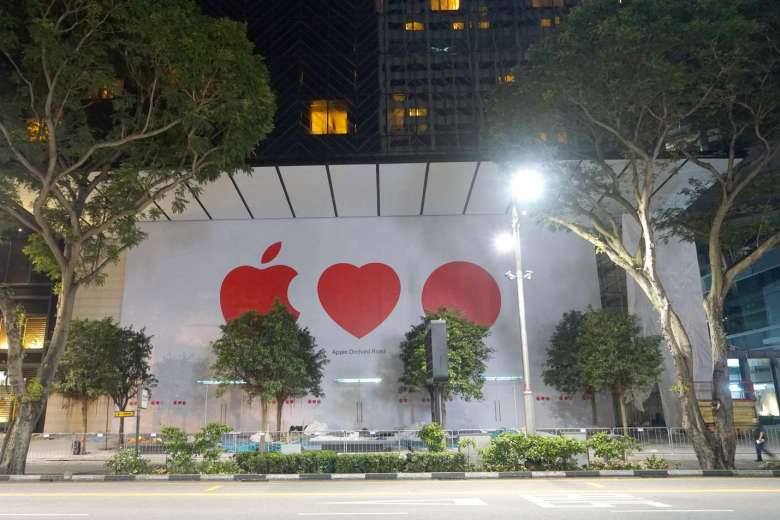 For those who’re stumped at the visual message, it reads “Apple loves the Little Red Dot”. And it’s in red, which is one of the colours of the Singapore flag.

Although some people have said that the red dot on the white background looks more like the flag of Japan, we think it’s a nice touch from the company that took decades to open its first store in Singapore. If it really loved Singapore, though, we think it should have opened sooner.

Anyway, did you know that if you walk closer to the hoarding, there are 12 miniature versions of the “Apple loves the Little Red Dot” sign, each representing 12 well-known people in Singapore in the creative and tech fields?

Well, these 12 people have been called the “Red Dot Heroes”, and some of them will be conducting free hands-on educational sessions at the Apple Orchard Road store when it opens.

Each “red dot” representing the heroes has been designed uniquely according to their characteristics.

The singer, also known as Gentle Bones, has seen his star steadily rise since his debut. 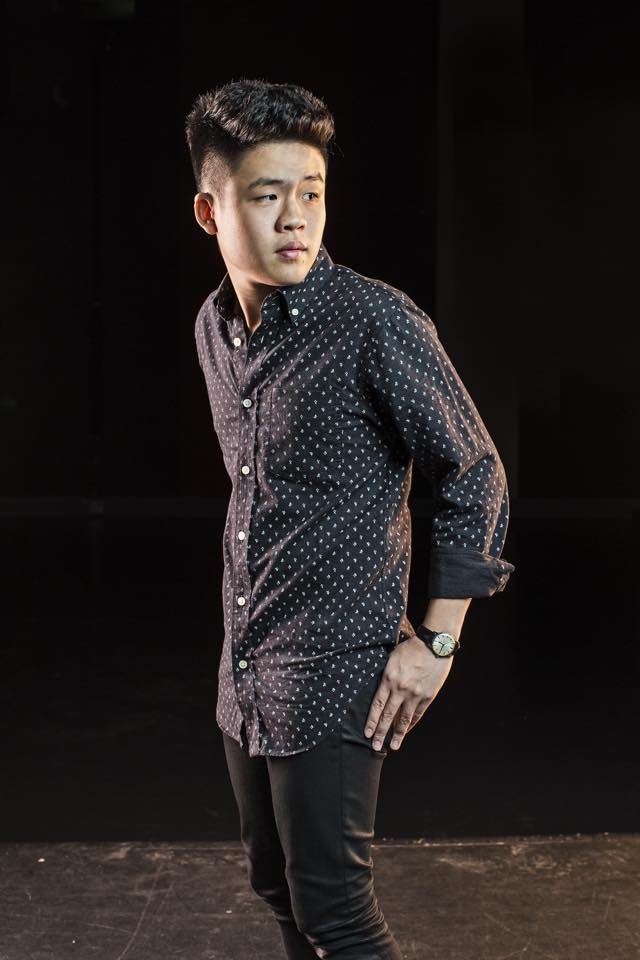 He’s even been mentioned by none other than Deputy Prime Minister Tharman Shanmugaratnam as a young Singaporean he admires for carving out a different path.

You know you’ve made it in Singapore when a politician promotes you on his Facebook page.

His red dot was turned into cheem musings titled “Geniuses and Thieves” from the songwriter. Perhaps his next song lyric? 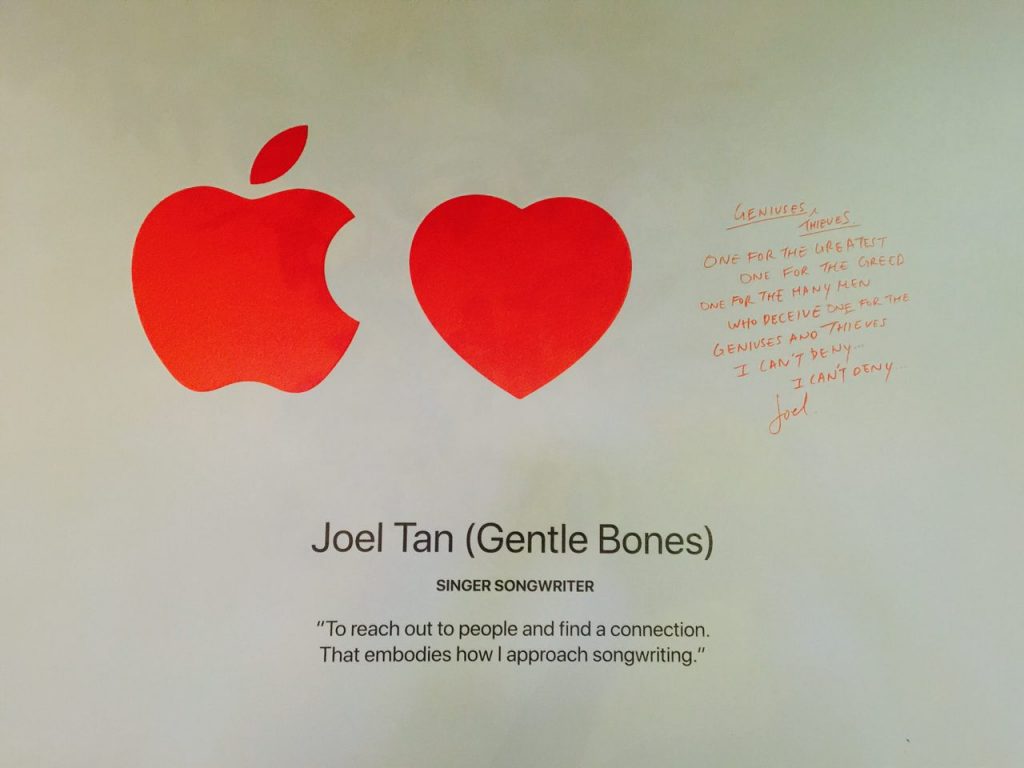 The film-maker did Singapore proud when he won the coveted Golden Horse award for his film Ilo Ilo. 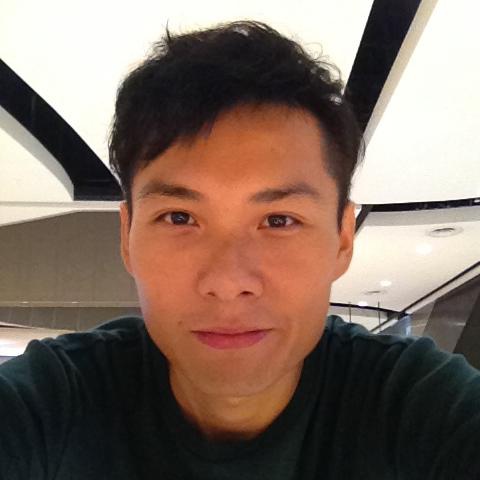 His dot has aptly been changed into the lens of a camera. 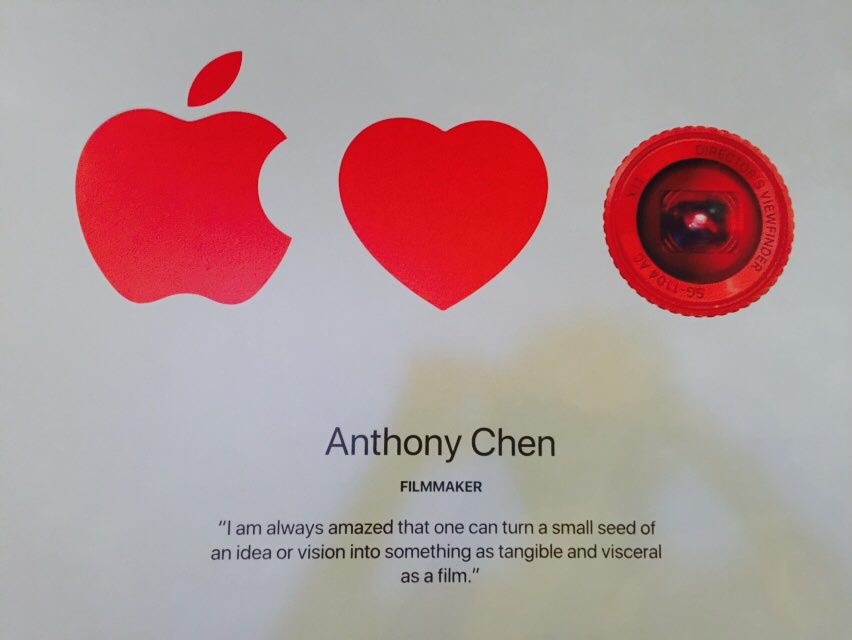 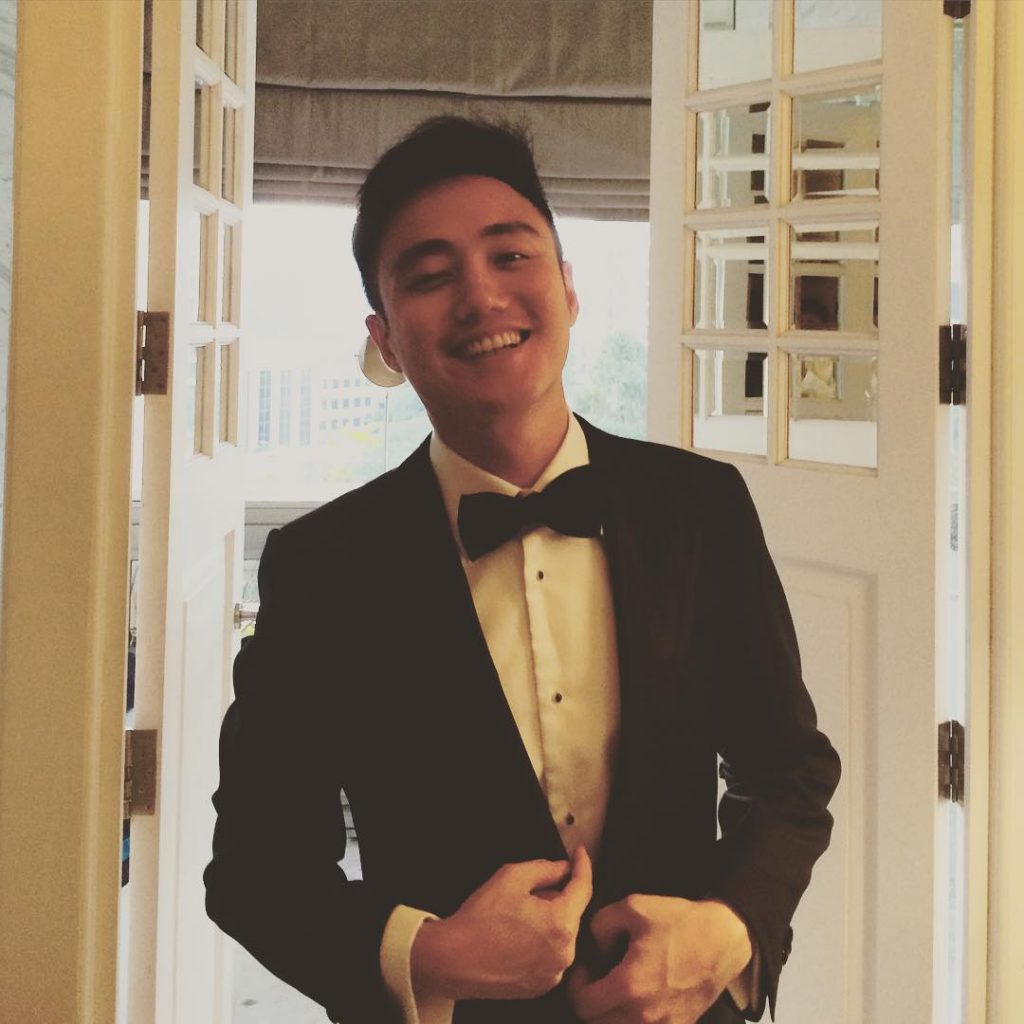 His red dot is a roll of film. 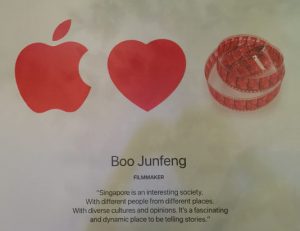 Sezairi gainged famed when he becamse the 3rd Malay guy to win Singapore Idol, in its third season. 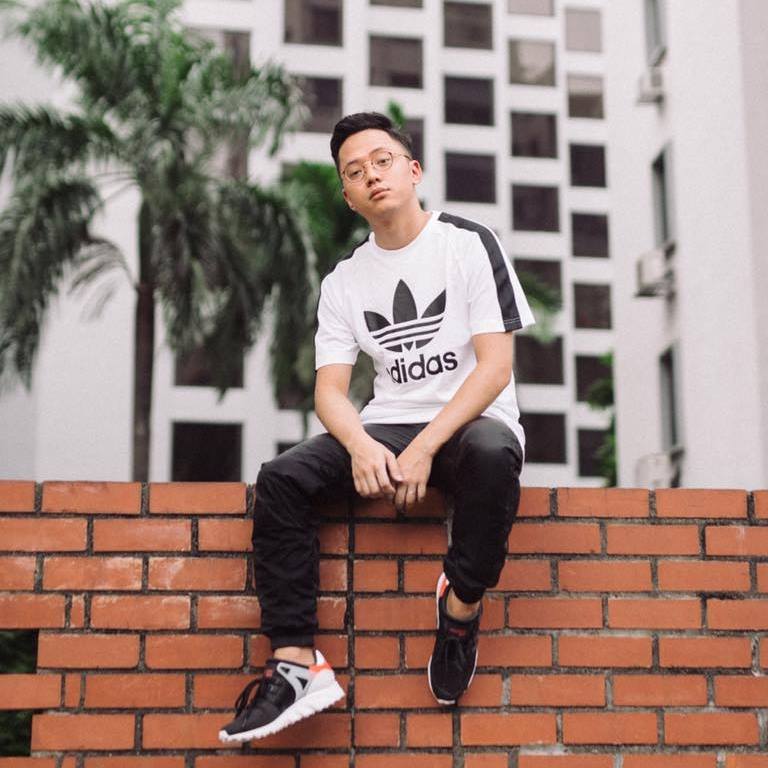 His red dot is made up of many guitar picks, including one with his signature spectacles on it. Aik Beng Chia is a street photographer who documents life in Singapore. His photos have been exhibited and published internationally. 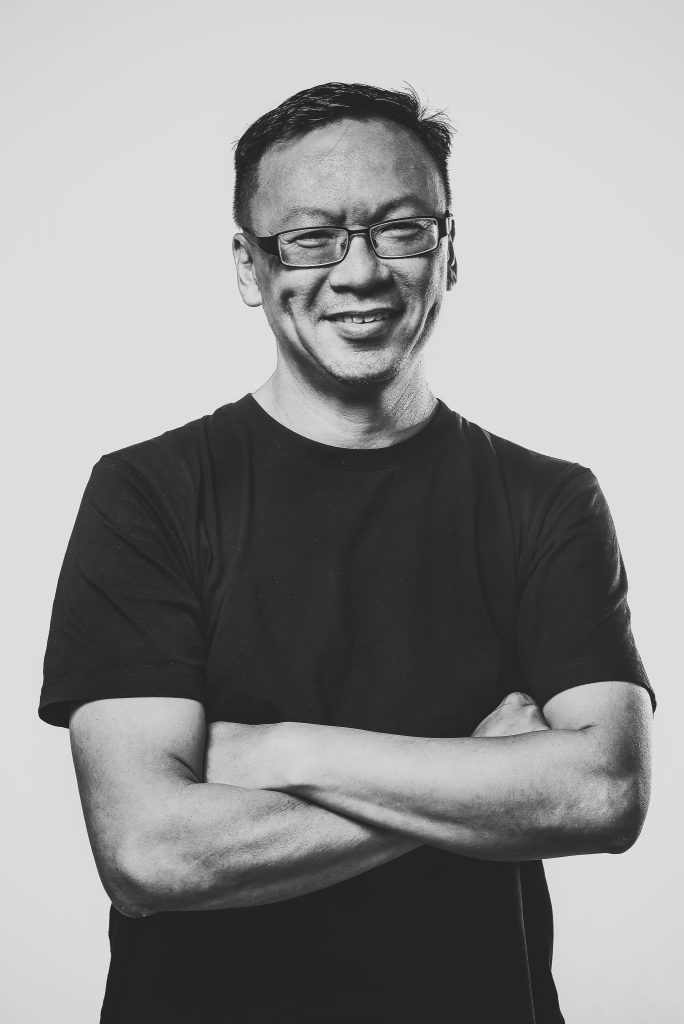 His red dot frames a photo of a girl, in the style that he would take it. 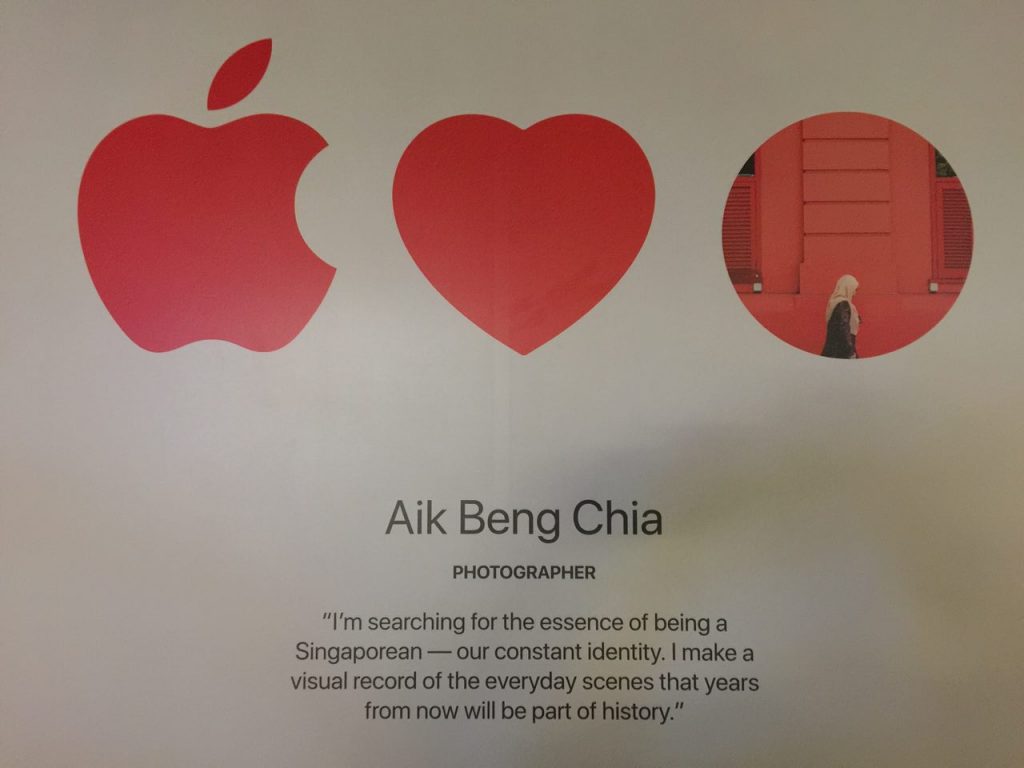 Mr Low founded lifestyle store Supermama 6 years ago, and his signature Singapore-designed ceramics are understated tributes to Singapore icons, and have made the store well-known in the local design scene. 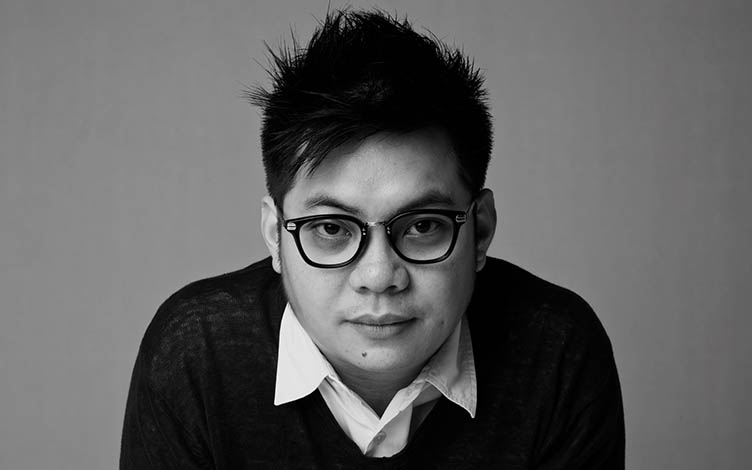 His red dot features a part of the Merlion that many don’t focus on at first — its tail. It’s actually a plate with a local-flavoured design, one that may be found in his shop. 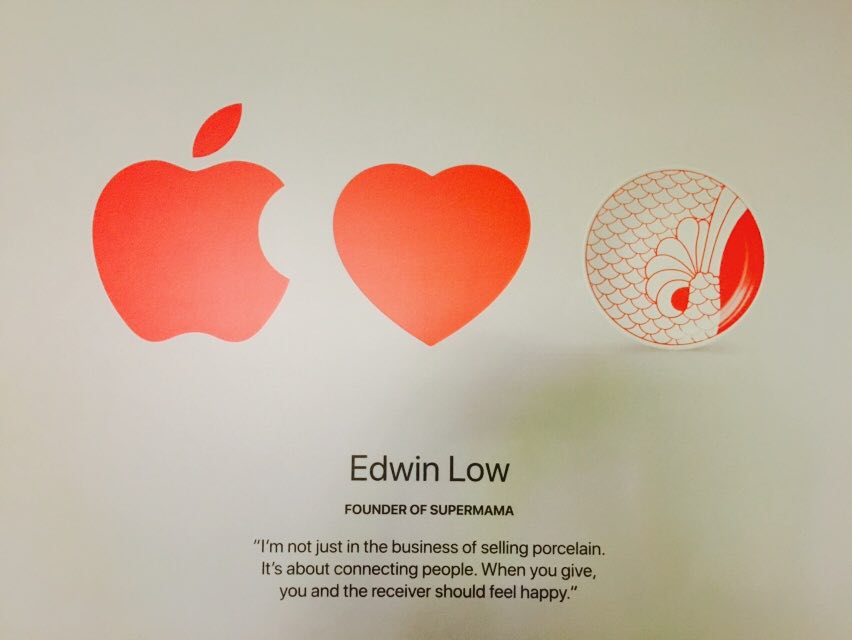 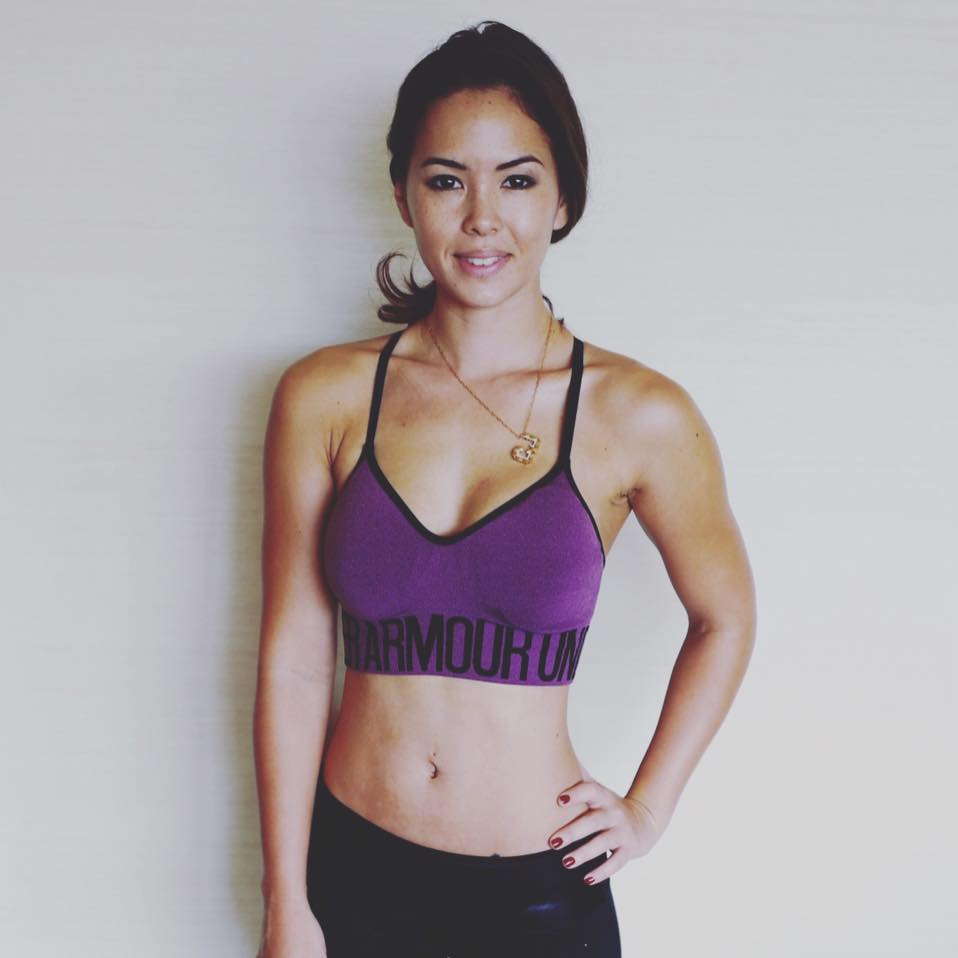 Her red dot combines all the sports that she’s into, perfect for the fitness doyen that she is. You may not have heard of them, but most young Singaporeans know of the app they founded, Carousell, as a way to buy and sell their items online. 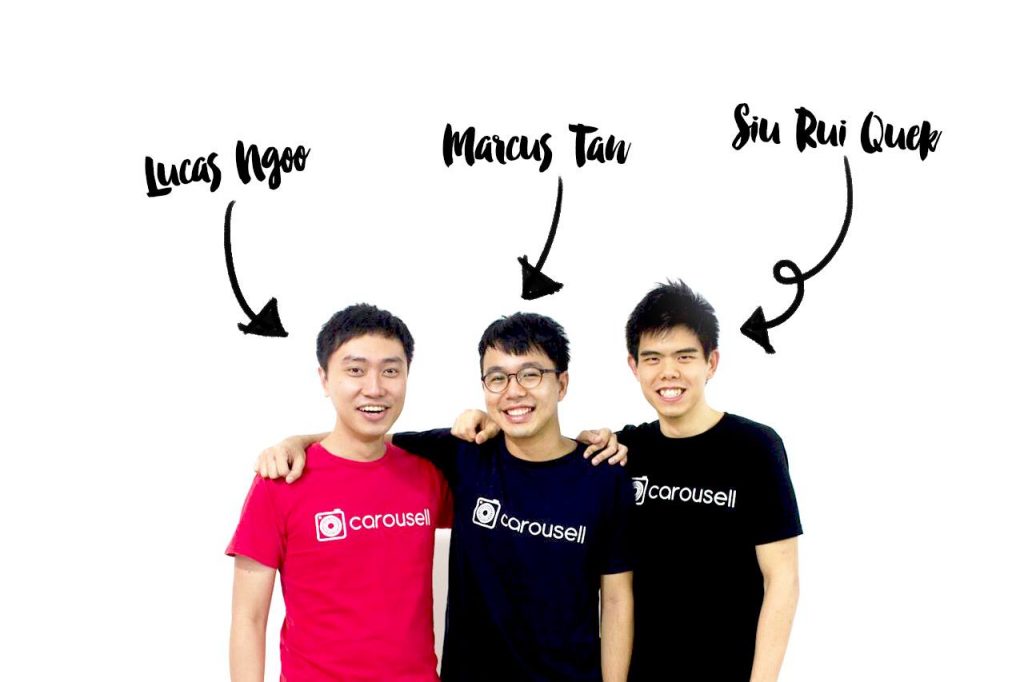 Their red dot is basically full of stuff, which can probably be found on Carousell. 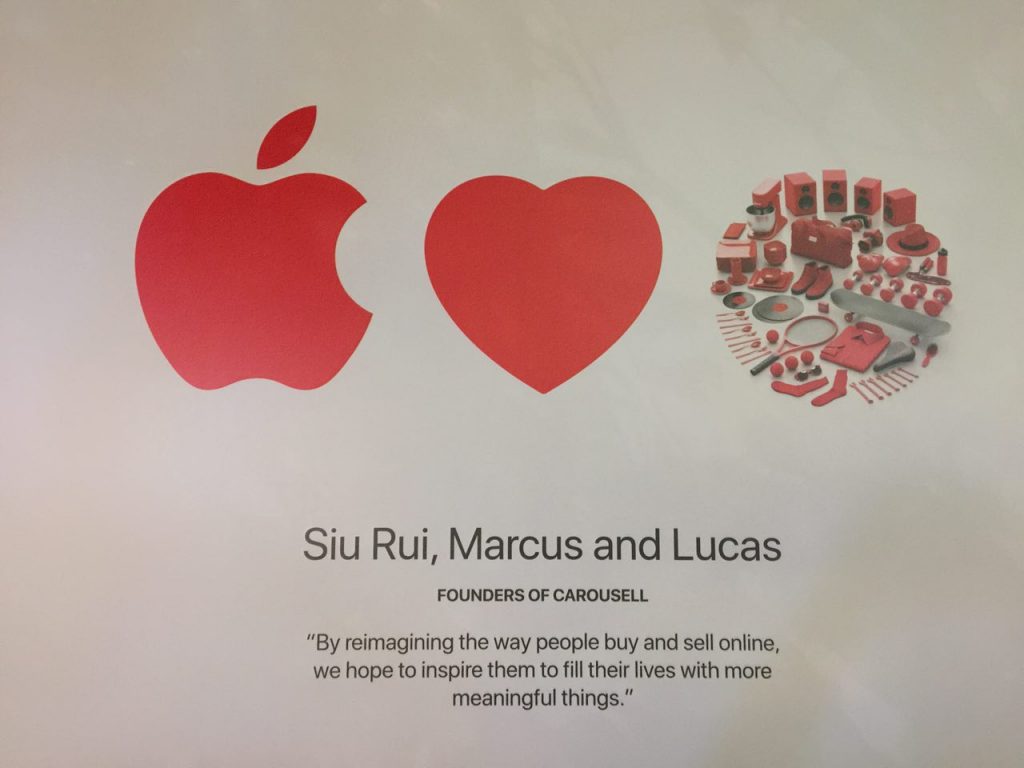 Visual artist Ernest Goh’s works focus on the natural world, particularly ecological relationships through our interactions with animals via anthropomorphism. 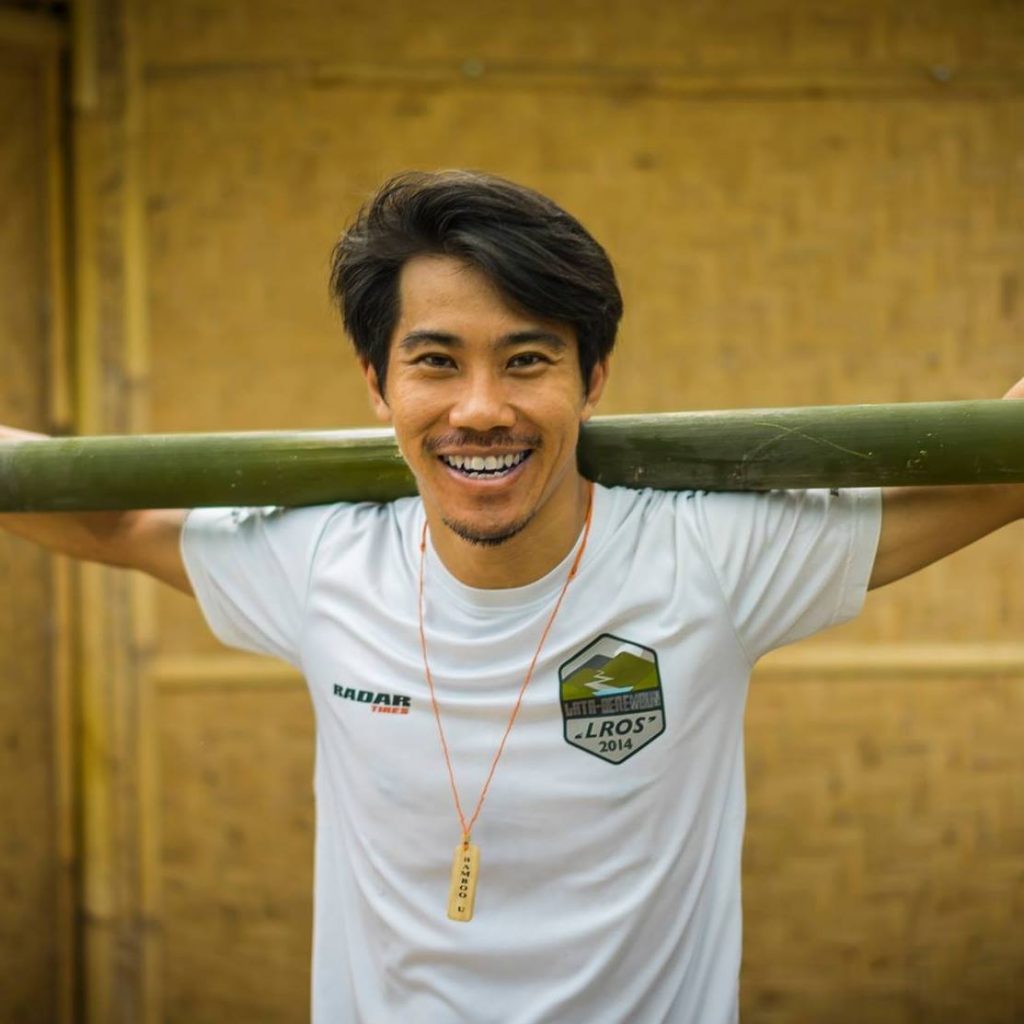 His red dot looks like a cell, but upon closer inspection it’s made up of organic matter. 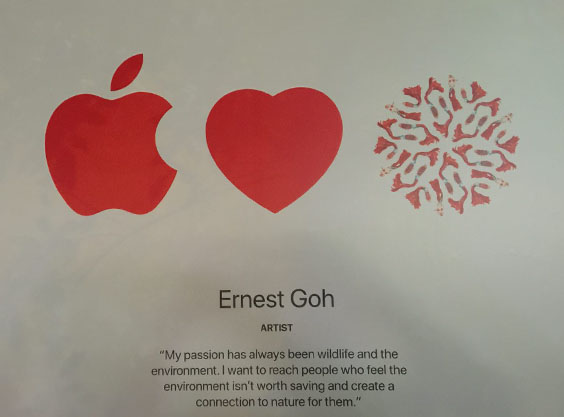 Among the apps that Mr Hon Cheng Muh has developed are Sg Buses and buUuk. SG Buses even won an award from the Land Transport Authority. 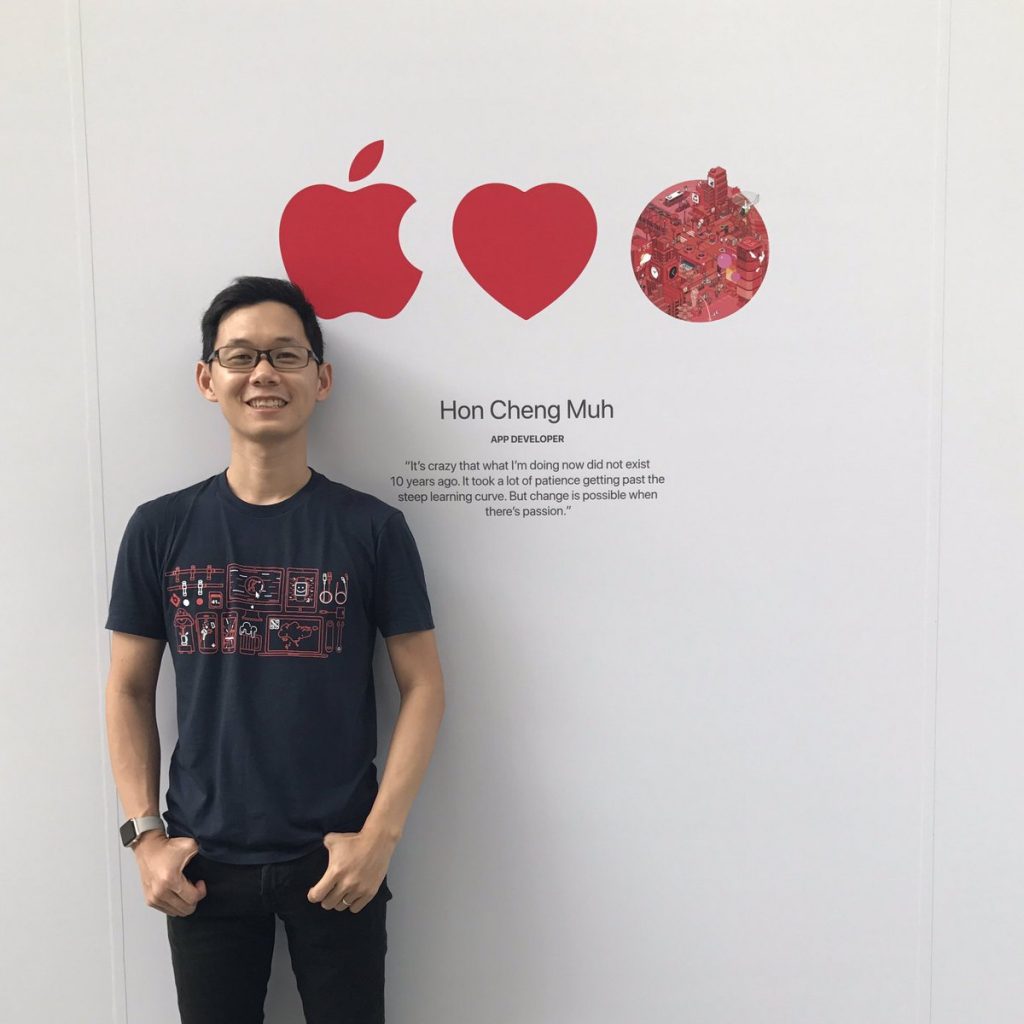 His red dot looks like a scene from computer game The Sims. Ms Melson may look ang moh, but she’s actually Singapore born and bred. She’s an illustrator with 8 years of training in graphic print and branding, who vibrant, bizarre illustrations have captivated many. Her red dot is of course something that looks like it could be one of her illustrations. The only actual ang moh on this list is the CEO and co-founder of RunSocial, an app that perks up your jog by letting you “run” through real-world videos of beautiful locations and see other joggers around the world do the same. His red dot is the scene that greets many a runner on their trails. While we can’t wait for the actual Apple store to open in Orchard, we had a great time looking at these representations of our Red Dot Heroes, who represent Apple’s strive to develop creative tech products.

We just hope the store itself will be just as creative in its design. An all-red theme instead of the usual all-white, perhaps? We can only dream.