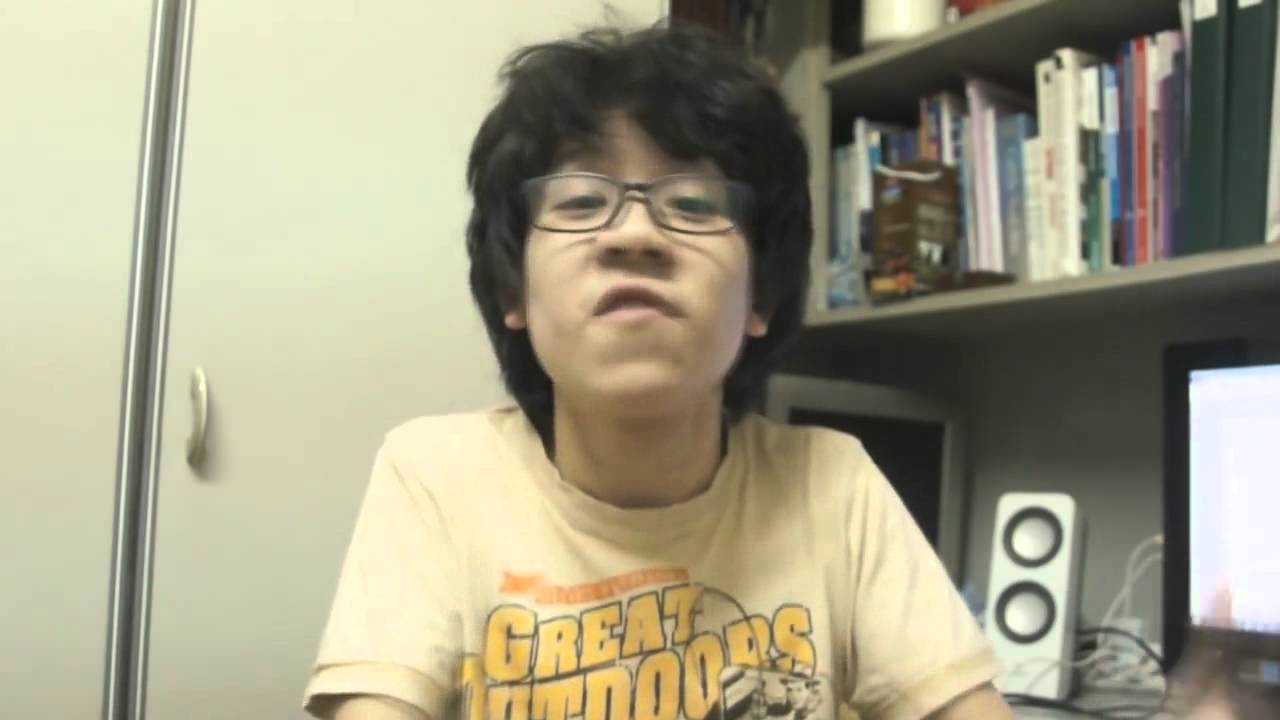 Humans have gone mad! But how crazy have we become?

Another April Fool’s Day has come and gone. Around the world for the past year, we’ve seen some really crazy stuff going on. From being told that we cannot dance to cops buying drugs, here’s a quick round-up of some of the craziest stories.

No seriously. Swedish Members of Parliament (MPs) have upheld a ban on spontaneous dancing. It is now considered “illegal to move your feet to music in public”. 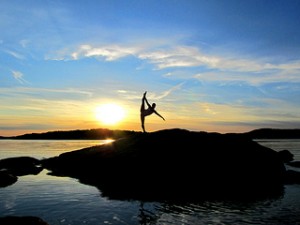 Looks like the sun has set on dancing in Sweden
Source

Bars, Clubs and Restaurants now need a permit and those without such a permit can be fined if their patrons start “dancing spontaneously without permission”.

According to the Swedish Police, “dancing creates chaos … which can lead to disorder and fighting.”

Ok, so I’m cheating a bit here. The app wasn’t exactly announced on April Fools’ Day. BUT, this app is ridiculous enough that we wished it was a joke.

The aim of the app is to… burn money. That’s it. You select a friend who has the app, choose the denomination you want to burn and send it to that friend.

The point of this app is that there is NO POINT. Oh, the amount that is burnt will depend on how much you cough up in real cash. Literally, you’re burning money. 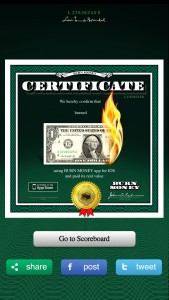 Yes, there’s even a certificate
Source

To all the people who have used this app and have a certificate, please wire all future payments to me. I’ll help you burn your money in an environmentally friendly way.

The app is currently available on the Android store.

According to Zhitomir.info, “on March 19, two local citizens were detained for drug sales. In order to document the crime, police officers continued to purchase the drugs again and again – 10 times over.”

Imagine this scenario in Singapore:

“Ok, take $2k just in case but remember not to smoke the product.” 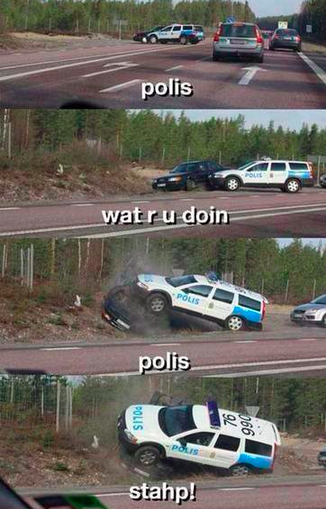 Yeah, I think the cops might have used some of the product
Source

Colouring books aren’t just for kids. Now, even adults are getting in on the action.

In an age of smartphones, one would think that colouring between the lines would be the last thing that adults have time to do.

Stressed out adults in France and around the world are using these books as a way to relieve stress. In Australia, “adults gather for colouring circles around coffee.” 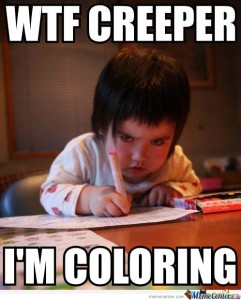 Who said adults are allowed to colour? who? WHO?
Source

With apps that let you burn digital money and now colouring books, here is my prediction for 2016. We’re going to start playing with rocks and naming our volleyball Wilson.

I know the news about Apple’s USD$10,000 (SGD$13,614.65) is old but hey, no list is complete without including that ridiculous announcement.

It’s a watch that is expensive for the sake of being expensive. Even with a fancy gold bracelet and titanium screws (or something), it is still a normal Apple watch that can be bought at a fraction of the price. So really, this guy is right. 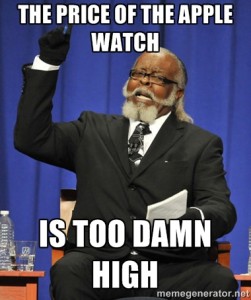 Even he agrees its crazy!
Source

If you really were considering buying the watch, here’s a suggestion. Give me the money and I’ll burn it for you while we’re gathered around with our colouring books and coffee.

To understand this story, we first must understand that India is a predominantly Hindu country. To Hindus, the cow is a sacred beast. And on 2 March, the Indian state of Maharashtra enacted a law to ban the slaughter of all cows and the sale and consumption of beef or cow parts.

I get it, for religious reasons you want to protect your sacred beasts. Fine. But sending in mugshots? Seems like a bit of a stretch. 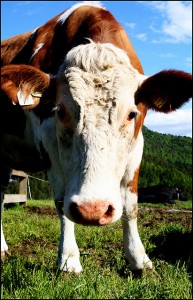 I know I’m cute. Now make sure you get my good side
Source

Officials say the photos will be used for reference in the event a criminal case is brought against the farmer alleging the farmer broke the law. But to have to send in mugshots of every single cow would take so much time that no one would have time to break the law.

In 2012, there were an estimated 21 million cows versus a human population of 112 million. I suppose it’s time to get help from them American Cowboys Bollywood seems to fancy.

This story reported in the BBC is one even cows would cry bull.

This app has one purpose only and that’s to send the word “Yo!” to a friend.

That’s it. That’s all it does. No fancy video sending, no dancing words across the screen, not even an option to spam the word to annoy a friend; just a single word to as many friends as you want.

Yo! Even the logo is boring, static and does nothing
Source

Maybe the app should be renamed: No, to stand for no, I refuse to be dragged into this crap.

Yes, finally our neighbour from the North will introduce a GST. At 6%, it is just a little lower than our 7%. But if you thought that when the Malaysian Prime Minister was joking last year when it was announced, I’m sorry darling, he was being deadly serious.

And it looks like only the Malaysians are complaining about it. As Malaysian journalist A Kadir Jasin wrote “[n]o one, except for fools, consider the Goods and Services Tax as a joke, a comedy skit, a gag or a piece of buffoonery.” 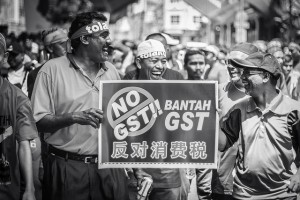 GST. Bringing everyone together since 2015.
Source

But how about Singaporeans? How are we taking it? Are we going to stop flooding into Johor to pick up our groceries? Nah.

According to a Channel News Asia article, due to the strength of our Singapore dollar, most Singaporeans are not deterred by the GST introduction. However, if the price of petrol increases and the ringgit increases in strength….then maybe we’ll not be laughing at the plight of our neighbour next door.

So until then, I suppose the joke’s on you, Malaysia?

Unless you’ve been living under a rock the past few weeks, you’ll have at least seen the video of Amos’s rant on Youtube or at least on your Facebook wall. And we all know how offensive he was in it. 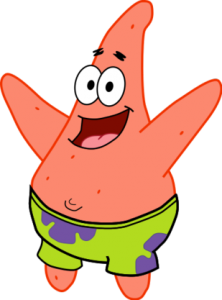 Simple. I wished it was a joke. I wished that someone had taught him about doing the right thing at the right time…or at least not getting caught doing the wrong thing. I wished that he would realise that he’s lucky he’s only 16 because people might still close one eye to his comments. Immaturity they would say. I wished that we Singaporeans would also show more sense and restrain.

Yes, the timing of his comment was terrible. He shouldn’t have insulted another’s religion but to charge him for offences that could see him in jail is a bit extreme in my opinion. And the icing on the cake? Local celebrities are blaming his parents.

Amos Yee has become the classic example of everything right – and wrong – with the way we react to uncomfortable news. Give it some time and we’ll probably forget about him. Unless….this is all part of a plan to get asylum in another country. Oh well, c’est la vie Amos Yee.

Not April Fool’s after all

It is a wonder civilization has not crashed and burned. Or maybe, just maybe, April 1 is just a way for us humans to get all the bull out of our system so that we can spend the next 364 days doing productive stuff, like observing ants in space. Until next year!

Featured image via Youtube
With reference to The Daily Mail, Zhitomir.info, The Times, BBC, AsiaOne and Channel News Asia

Brave Otter Creeps Up On Crocodile Chilling By The Water, Takes Over Its Lepak Spot