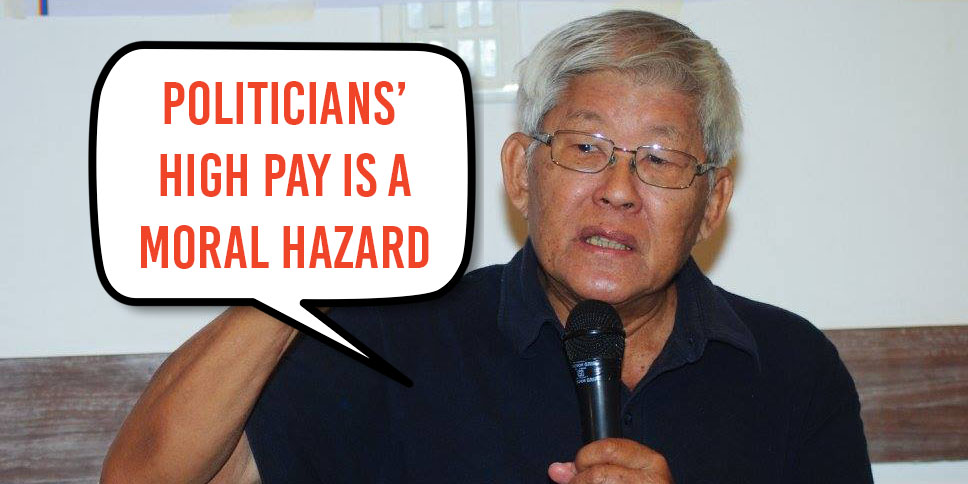 Veteran Architect Doesn’t Agree With The Government, And Says So

Mr Tay Kheng Soon is a veteran Singaporean architect who is currently an adjunct professor at the National University of Singapore.

He has a celebrated career, having overseen the designs of People’s Park Complex, the KK Women’s And Children’s Hospital and ITE Bishan, among other iconic buildings. As part of various government think-tanks, the 76-year-old has also presented numerous research papers on urban planning and improved the standards of architectural competitions in Singapore as well.

He was also awarded the Gold Medal by the Singapore Institute of Architects. 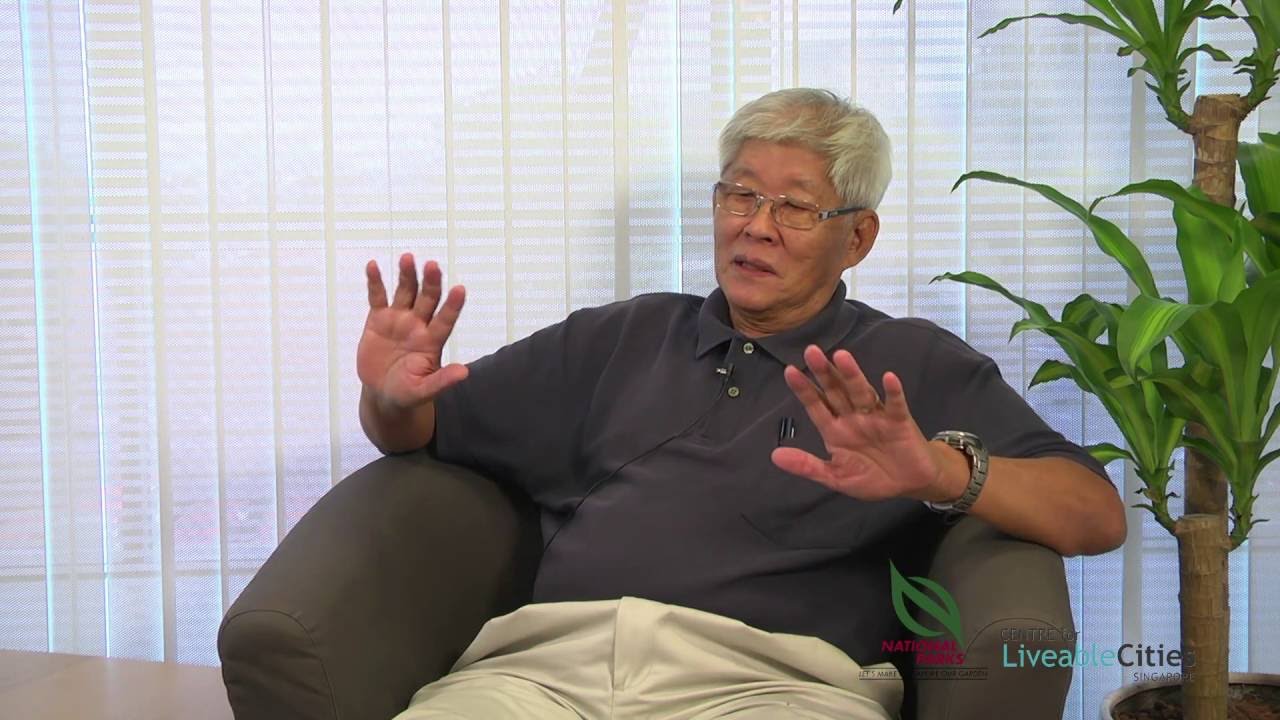 He’s also no stranger to controversy. Back in 2016, Mr Tay dropped a bombshell at a forum organised by the opposition Singapore Democratic Party.

Here’s a video of what he said at the forum:

See, Mr Tay’s brother, Dr Tay Eng Soon, used to be Singapore’s Senior Minister of State for Education. Respected by the older generation for his distinguished service, the older Tay proposed various schemes to improve the quality of education, mainly to accelerate the enrollment of polytechnic and vocation-based institutes in Singapore.

One such initiative was to increase the funding for the Institute of Technical Education (ITE) and polytechnics.

Current President Tony Tan Keng Yam, who was Education Minister from 1980 to 1981 and from 1985 to 1991, thought investing more in ITEs and Polytechnics was a bad idea, Mr Tay said.

Mr Tay added that Dr Tan would question Dr Tay Eng Soon throughout his years in the ministry, asking: “Why do you want to throw good money after bad rubbish?”

A furious Mr Tay said during the forum:

I cannot stand this. This is inherent elitism. You have to break that.

Dr Tan denied the allegation, reported Channel NewsAsia, claiming that the education of children was very close to his heart, and that he had “increased support for the education of all students, with particular focus on children in the polys and ITEs”.

However, Mr Tay was not sued for his remarks.

Given Mr Tay’s history of controversial statements, it did not come as a surprise when a radio interview of his went viral recently.

In the extraordinary 24-minute segment with 938Live, the Mr Tay had plenty of choice words for the current Singapore government.

The interview was transcribed into an article on Channel NewsAsia.

Here are 5 of the most damning criticisms he offered.

1. Urban Planners Need To Wake Up Their Idea

Singapore is one of the densest nations on the planet, and the increasing lack of space has led to land being reclaimed on our bodies of water. 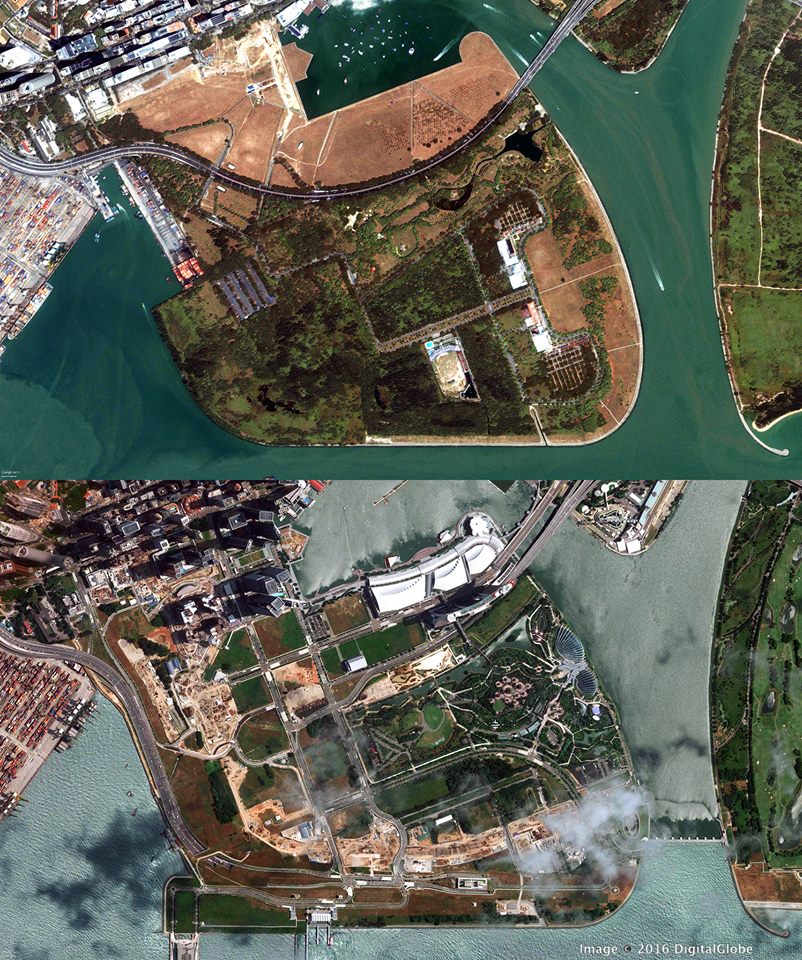 But Mr Tay thinks land scarcity wouldn’t even be an issue in the first place if the urban planners “had done a better job”.

By building perimeter blocks, he reckons, dense high-rise housing would not be necessary. He even goes on to claim that there would be “enough space for almost 2 million more people in Singapore, with adequate space for nature to boot”.

The planning methodology is flawed, is totally flawed. We are not short of land. Based on my simple arithmetic years ago, there are ways to house more.  So the argument that we have a shortage of land is a false justification for why we need to encroach into much of our (heritage sites and) nature areas.

Most Singaporeans would love it our heritage sites could be conserved as a result of smarter planning, but we’re not sure about squeezing with 2 million additional people.

2. Our School Locations Are Disastrous

My Tay did not mince his words at all when he described our liveability as not of the “intelligent kind”.

He disagreed with the decision to build schools on the outskirts of neighbourhoods, claiming that the government failed to produce “life-smart students”, but rather “book-smart students, if they are book-smart at all”. 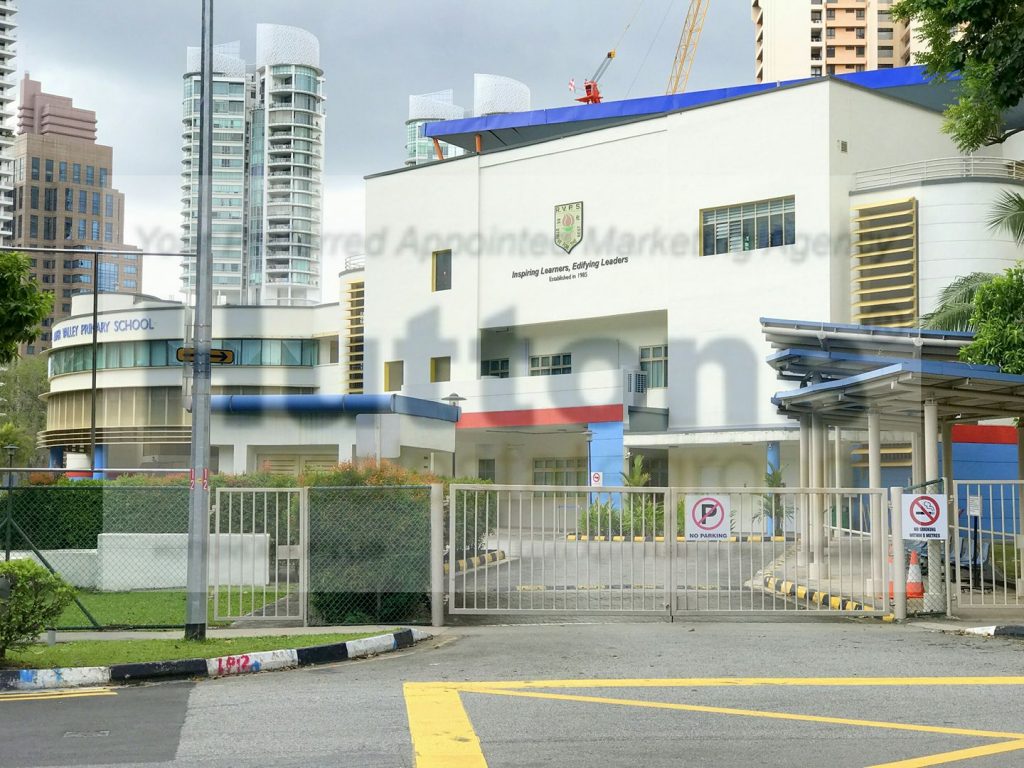 Wow, talk about being savage.

So when children, in their very important formative years, live close to where the social actions are, the cultural activities, the civic functions, the commercial goings-on, they become much smarter.

The big issue today is, how do you connect book-smarts with life-smarts? This is our problem now.

He then offered an interesting analogy to illustrate his point.

So what it means is that, when you introduce to the central nervous system a housing estate, it means that the schools must be stretched out along the nervous system, which connects all the civic and the cultural functions along which, as people go about the routines of their everyday life, they will bump into each other, learn new things and increase their intelligence. Where the schools are is the absolute central issue!

The school is the integrator of community and cultural life. And that’s where the basic intelligence of people is formed.

Mr Tay ended off by lambasting the authorities’ “bad planning” based on “really wrong thinking”.

All our school classrooms are empty during the evenings and during the weekends. Why? It’s a terrible waste. If it’s in the central nervous system, adult education, social functions and so on can be held in those classrooms which are otherwise empty.

Politicians in Singapore command some of highest salaries in the world, so much so that Mr Tay labelled their generous remuneration as a “flaw in the Lee Kuan Yew model”.

There is an unintended moral hazard. When you have so much high pay, you don’t want to risk anything. The moral hazard has institutionalised a conservatism that is not serving us very well.

He also claims that being adverse to risk is going to hurt us in the current volatile economy, as the infertile environment prevents us from coming up with innovative solutions.

We need, at this point, particularly because the global economy is in a shaky situation, a really robust culture that is able to liberate the suppressed capabilities in our own people. It should not be limited by size or genetics. If we do create that kind of environment, we will produce incredibly savvy and capable people without which we would not be able to deal with the unpredictable and difficult situations that the global situation will throw at us. So, this is our fundamental challenge.

With politicians coming under increasing scrutiny and policies being ruthlessly dissected online, it wouldn’t be surprising if the topic of ministerial pay comes under the spotlight again in the 2020 General Election.

In one of the more stunning admissions of this interview, Mr Tay offered us a grim view of politics behind the scenes.

When Paya Lebar Airport was set to undergo a massive expansion, the group Mr Tay set up, the Singapore Planning and Urban Research Group (SPUR), complained about the decision and insisted that the project should be relocated to the recently vacated Changi Airport.

Then Permanent Secretary of National Development Howe Yoong Chong was not pleased with this contrary suggestion. Mr Howe castigated Mr Tay in public and said that SPUR should just focus on “drains and maintaining the roads”. Eventually, then Prime Minister Lee Kuan Yew was swayed, and the Changi Airport project went ahead.

It was a phenomenal achievement in hindsight. Not only is Changi Airport now widely regarded as the best airport in the world, the move halted the “sterilisation” of a few key towns in the East.

We got a map that showed the expansion of Paya Lebar Airport with two additional runways, including the existing one, which would have meant that the whole of the Katong, Mountbatten areas, and the Pasir Ris, Tampines areas would have been totally sterilised as a result of the entry and exit of the flight paths, the noise, the crash zones, etc.

That would have killed one quarter of Singapore.

Perhaps this harsh statement sums up his thoughts on the Government’s reluctance to accept alternative viewpoints:

They want to maintain a monopoly of wisdom. So any other wisdom that comes out from other sources has to be proscribed.

5. The Government Claims Credit For Ideas It Rejected

With that being said, Mr Tay offered a rather interesting anecdote about the origins of the Benajmin Shears Bridge.

He thinks he might be partially responsible for it being built, and in the process, helping Singapore avert a “travesty”.

So I made a lot of noise about that in public, and then again got the usual scolding, public scolding, and then the matter was put to rest. And many years later, Benjamin Sheares Bridge was built. 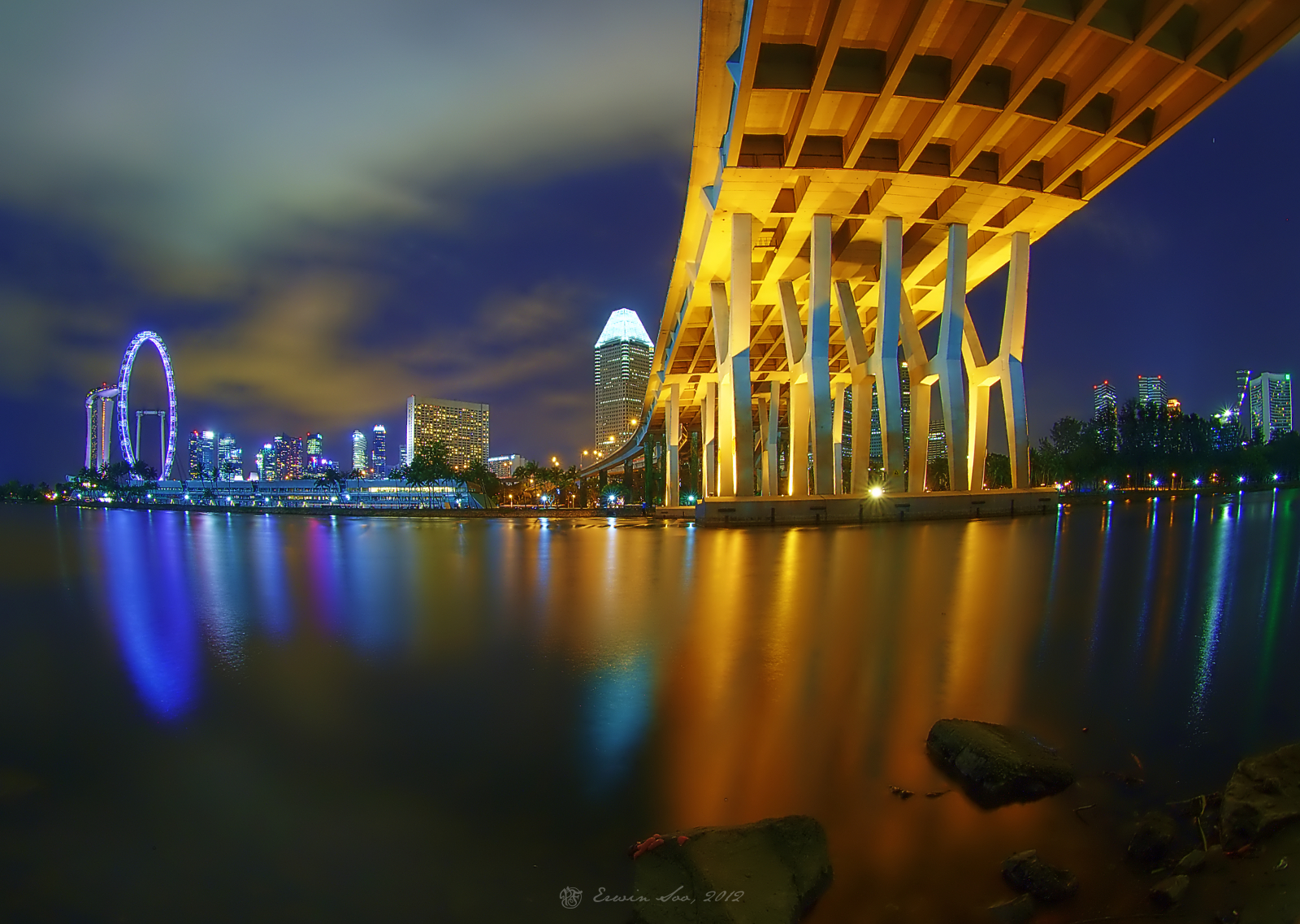 Despite being chastised for being rebellious, Mr Tay feels that the government does recognise good ideas, but wants to claim credit for them.

They’re open to ideas provided there is a decent period of burial. There must be some time lag, so that people forget. And public memory is usually very short. Once they’ve forgotten, then the good idea or whatever that may be, would be resurrected by the Government as their own ideas.

The no-holds-barred interview, told from the perspective of a rebellious, veteran insider, is certainly an eye-opener. Through his off-the-cuff remarks, it is easy to understand why he has had numerous conflicts with the establishment. At the same time, one could easily feel his frustration at the red tape and bureaucracy in our country.

“(For me), the only way to make a contribution to society was just to be very open and public about it,” Mr Tay claims.

Indeed, when asked about whether he liked any structures in Singapore, he replied curtly: “not much”.

Mr Tay is undoubtedly a luminary — not only has he contributed to Singapore’s development, but he is behind noble international projects as well, including a school made out of bamboo in Thailand.

And as of today, he has made us wonder, harder than before, whether our country would have progressed even further if we were just a little less restrictive.