Must Share News – Independent News For Singaporeans
Home Inspiration SAF Medics Save Life Of Contractor on Pulau Tekong, Show Us That... 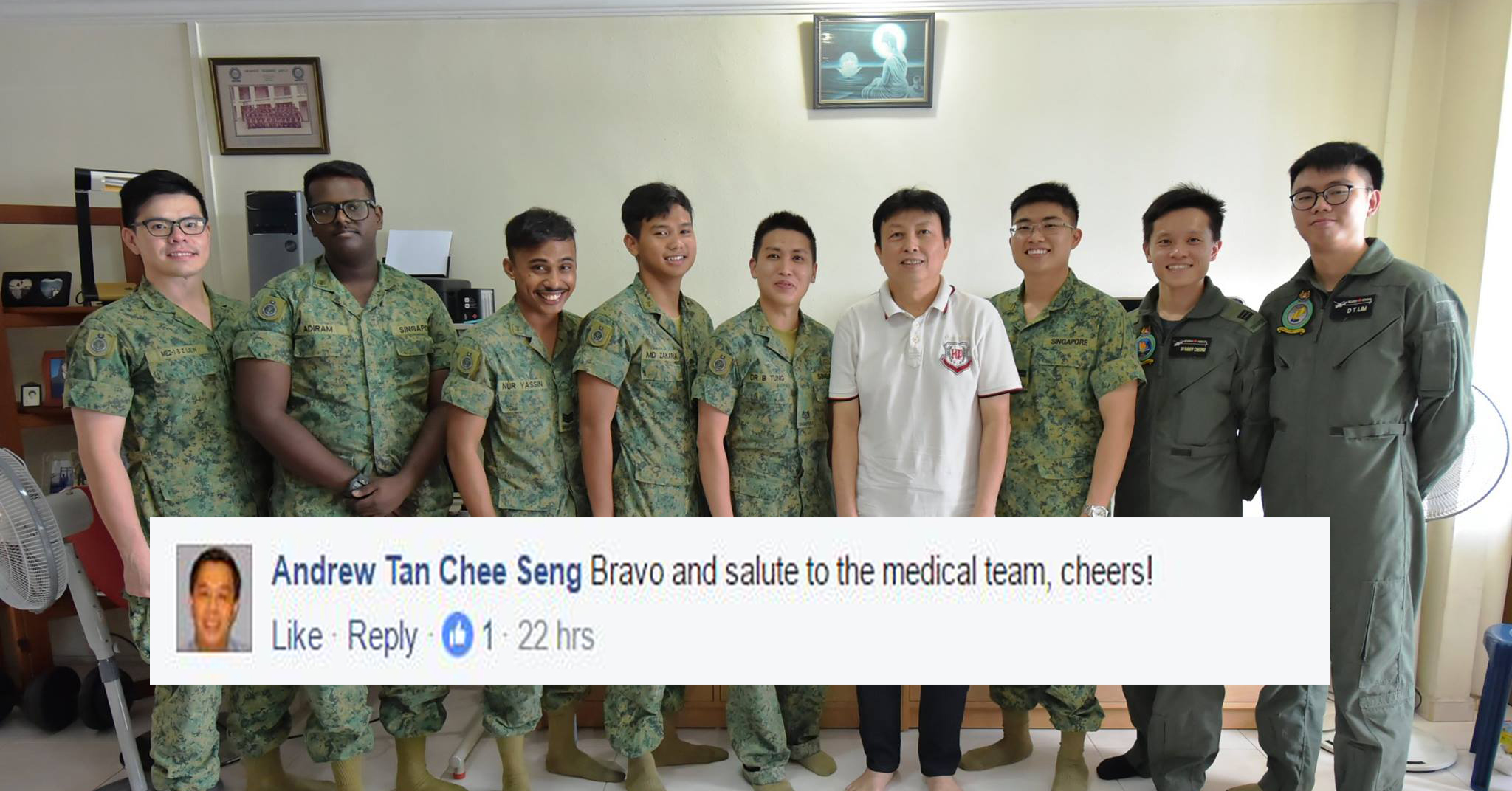 Just watch the recent Oscar-winning movie Hacksaw Ridge to see how important medics are on the battlefield. They are truly heroes in their own right. 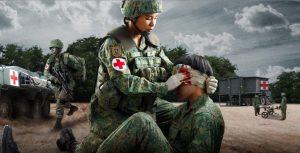 To illustrate this, Minister for Defence Ng Eng Hen revealed in a post on his Facebook page on Monday (Feb 27) that Singapore Armed Forces medics from Pulau Tekong actually saved a man’s life. 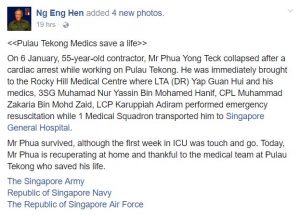 Here are the heroes (from left): 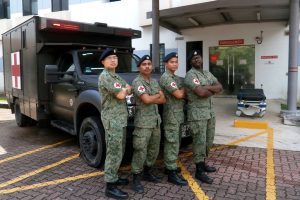 Doctors had told Mr Phua he was fortunate to receive prompt  treatment from the medical team, according to Channel NewsAsia.

Mr Phua was admitted into the Intensive Care Unit at SGH, and doctors were fearful he might never fully recover, and suffer from brain damage.

Thankfully, Mr Phua overcame the odds and is now recuperating at home with his wife and son: 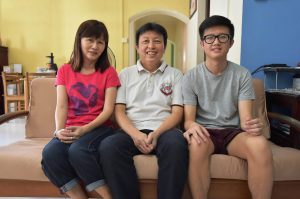 In a nice touch, the medical team even paid Mr Phua a visit at home to check on his progress. 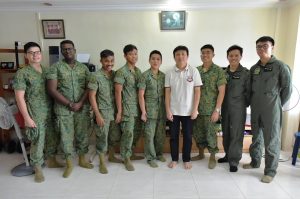 While they’re not as celebrated as our garang Commandos and Naval Divers, the contributions of medics shouldn’t be underrated.

In his post, Dr Ng also helped shed some light on how SAF medics prepare themselves to respond to incidents quickly, which all boils down regular training.

Here they are conducting a drill with a simulated casualty: 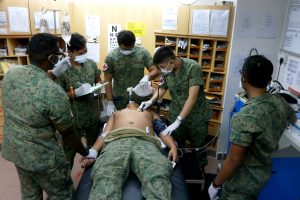 The heroic acts of the medics didn’t go unnoticed, with many applauding their efficiency and effectiveness. 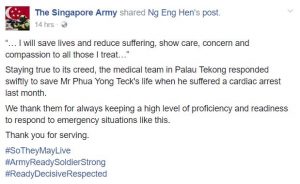 Netizens on Facebook also left heartfelt thanks to our heroes.

And sometimes, an emoji is all that’s needed:

Someone even suggested Jack Neo do yet another Ah Boys To Men spin-off. Ah Boys To Medics has a nice ring to it, doesn’t it?

The medics’ real-life ability to save a man’s life proves that in times of need, they can be trusted to carry out their work dutifully.

Singaporeans can now rest assured that our army boys can be relied upon —  They’ve truly transitioned from ah boys to men.

Diabetes S’pore Is Giving Free Alcohol Swabs Till 29 Feb, So Diabetics No Need Chiong At Pharmacies 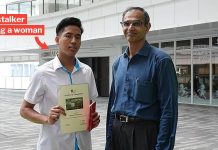