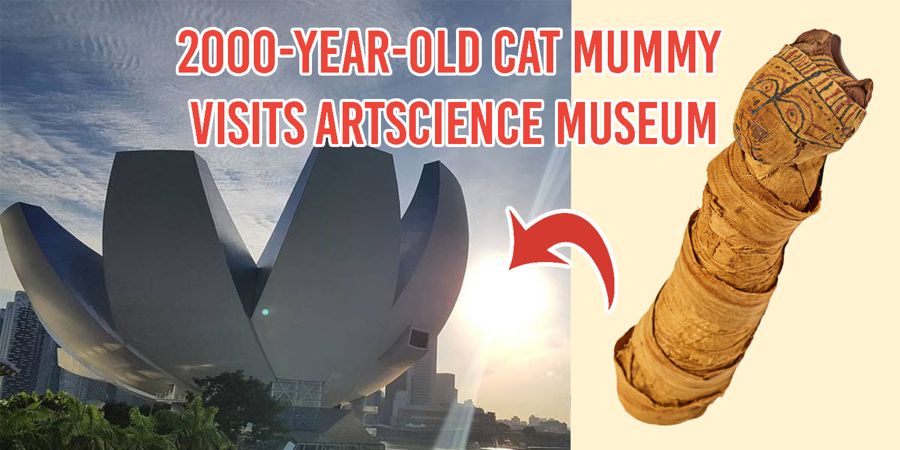 On 25 Nov, a 2000-year-old mummified cat, a cursed amethyst, and giant fossilized trilobites will make landfall in Singapore as part of London’s Natural History Museum’s collaboration with the ArtScience Museum in an exhibition entitled “Treasures Of The Natural World“.

The first gallery tells of how London’s Natural History Museum came to be. It somehow involves these three strange exhibits. 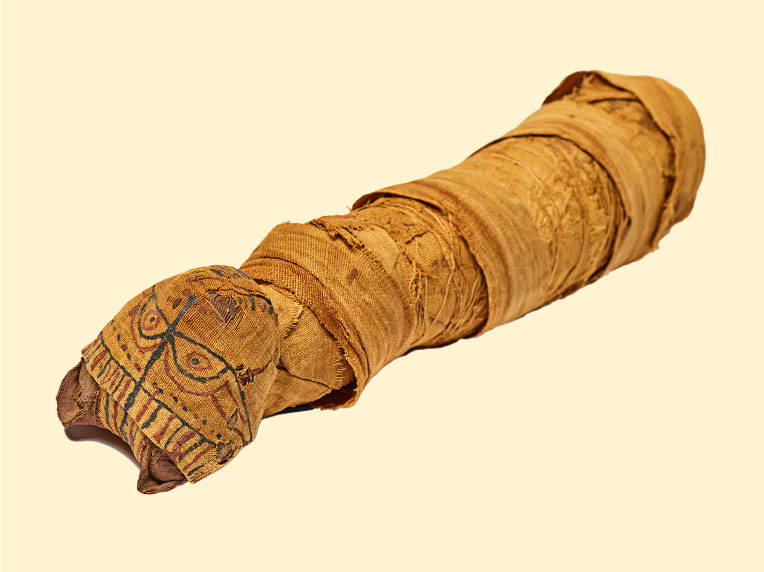 You could say it was cat-atonic.
Source

Described as a perfectly preserved ancient puss “complete with its face, ears, spine and brain”, this two-millennia-old Egyptian mummified cat was believed to have been preserved by a loving owner who wished to see his or her pet in the afterlife. 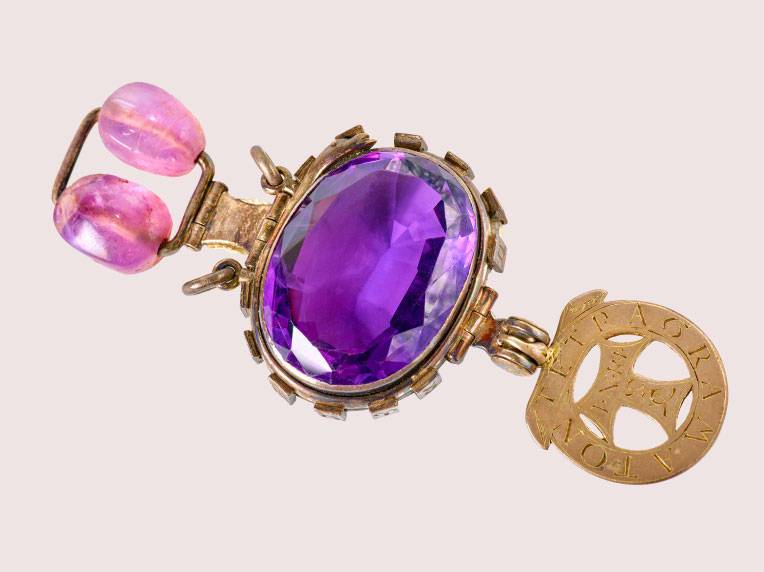 Voldemort himself would have nightmares.
Source

This gem allegedly inflicted a gruesome trail of tragedies wherever it went. From suicides to mysterious apparitions, the gem has seen it all, even causing a singer to lose her voice. The original owner resorted to locking it up in seven protective boxes and placing it inside a bank safe, not to be opened until 3 years after his death. Let’s hope it doesn’t bring any tragedies to MBS. 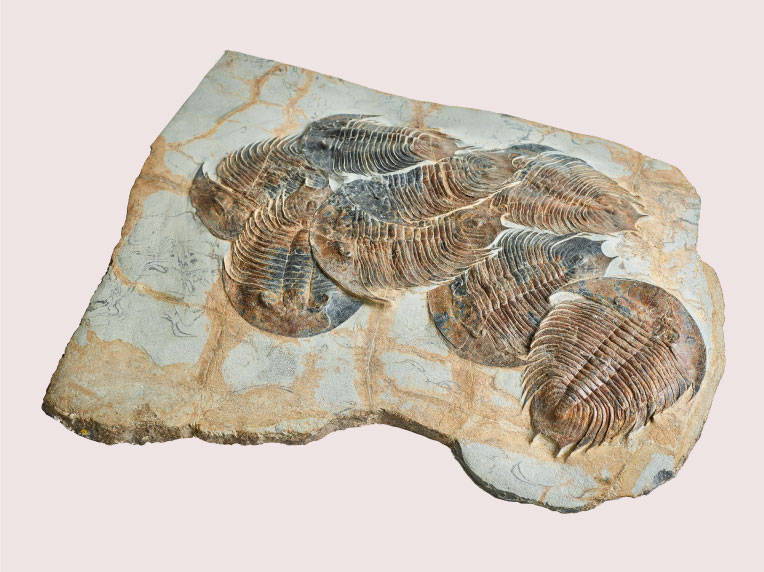 These creatures that existed 487 million years ago, and served as an inspiration to the look of Kabuto, the original fossil Pokemon. Trilobites are also believed to be the first creatures on Earth to have developed compound eyes.

Gallery 2 – Treasures Of The Mind

This gallery looks into the minds of scientific greats who have asked all the right questions.

Charles Darwin’s Manuscript For “On the Origin of Species” 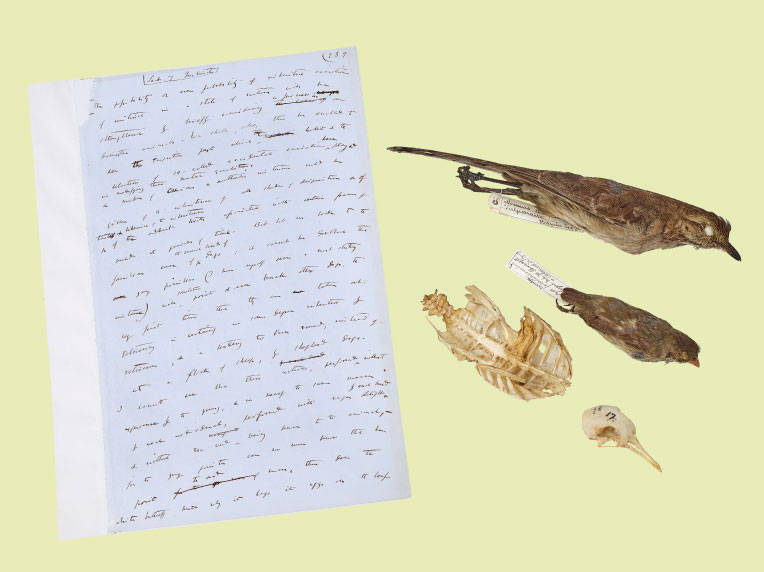 No, the dead birds were not used as pens.
Source

This barely legible page is from the original manuscript of scientist Charles Darwin’s book, “On the Origin of Species”. Incidentally, it was the book in which he first published his groundbreaking theory of evolution. 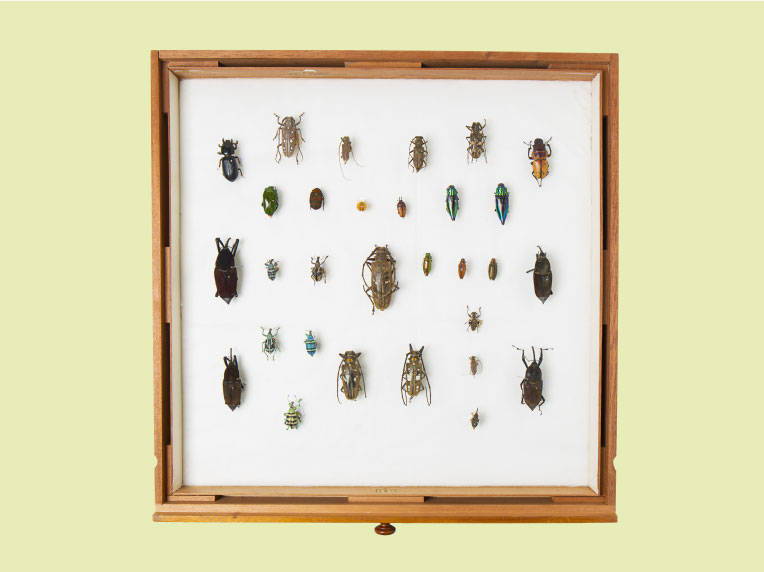 This collection of psychedelic beetles from Alfred Russel Wallace was put together to showcase Charles Darwin’s theory of evolution. Alfred lived in Singapore between 1854 and 1862, detailed his adventures in his book, The Malay Archipelago.

The sea apparently goes much deeper than meets the eye. The third gallery promises to showcase artifacts from deep sea explorations and expeditions across the globe. 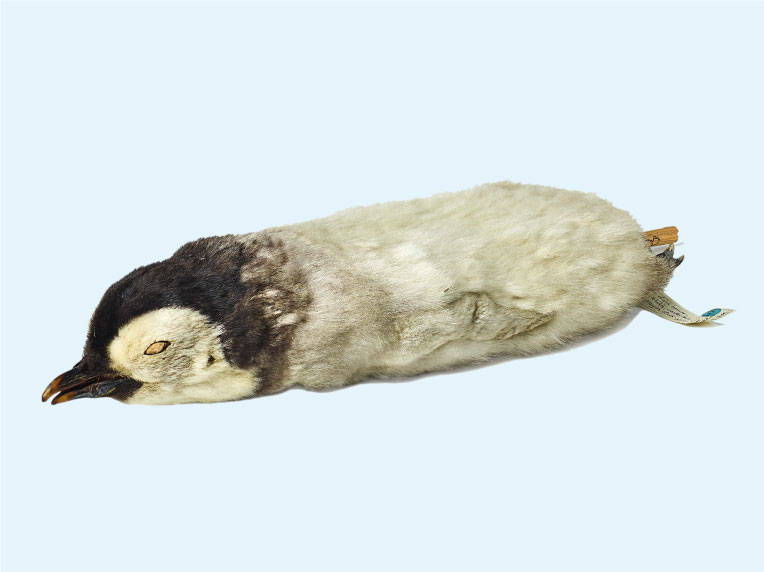 His once happy feet shall dance no more.
Source

Kidnapped during Captain Robert Falcon Scott’s expedition to reach the South Pole in 1902, this penguin’s sacrifice led to the discovery of the egg-laying rituals of emperor penguins in Antarctica. Captain Scott had planned to take more penguin eggs on his next voyage to Antarctica, but perished on the journey. 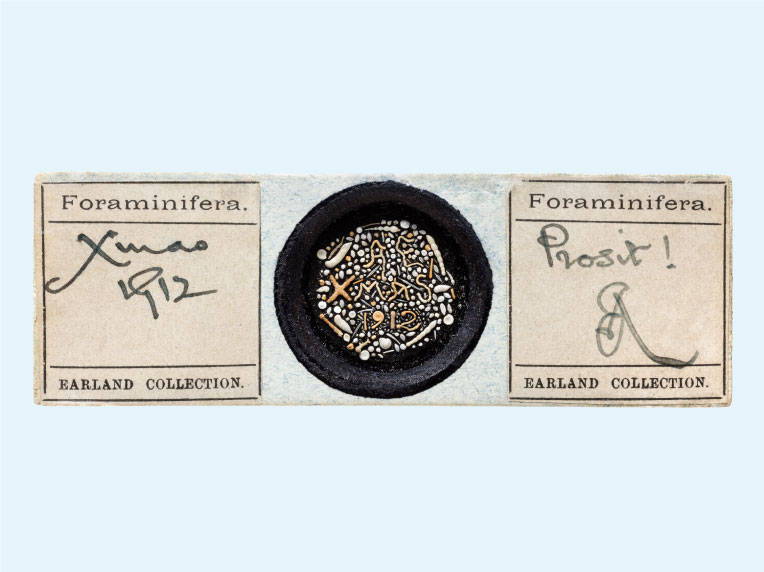 A very microfossil Christmas to you too.
Source

In the spirit of Christmas, two bored paleaontologists created a festive greeting using microfossils from samples they were analyzing from Scott’s Terra Nova Antarctica expedition. The fossil scientists had a 25-year working relationship, and were clearly massive dinosaur nerds.

Gallery 4 – Treasures Of Life Are Everywhere

The fourth Gallery is an exercise in human regret as it involves extinct creatures that once roamed the Earth. Parents be warned, this may be a little hard to explain to the kids, because none of them are around anymore.

Model Of The Dodo Bird 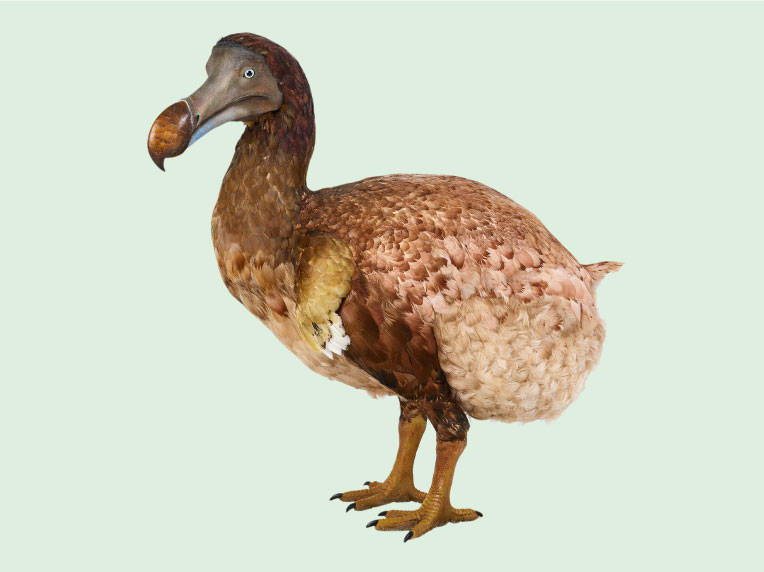 Dodos were famously hunted for food to their extinction on the island of Mauritius. Perhaps that is why no full dodo skeletons belonging to a single individual have currently been found. This model represents a modern take on the bird’s actual anatomy. 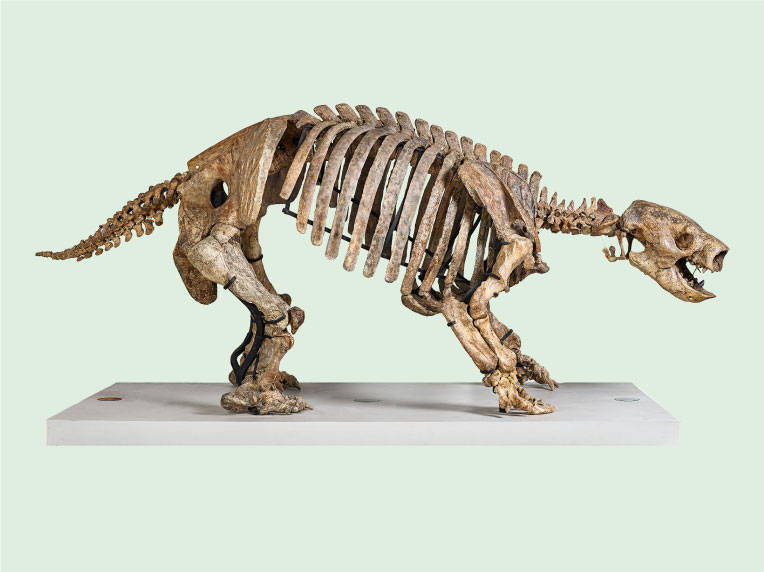 Is that you Sid?
Source

Unlike Sid the dorky sloth featured in the Ice Age movies, these great ground sloths were believed to be much larger in size. They possessed thick hides similar to elephants and weighed about 1,500kg when they reached adulthood. 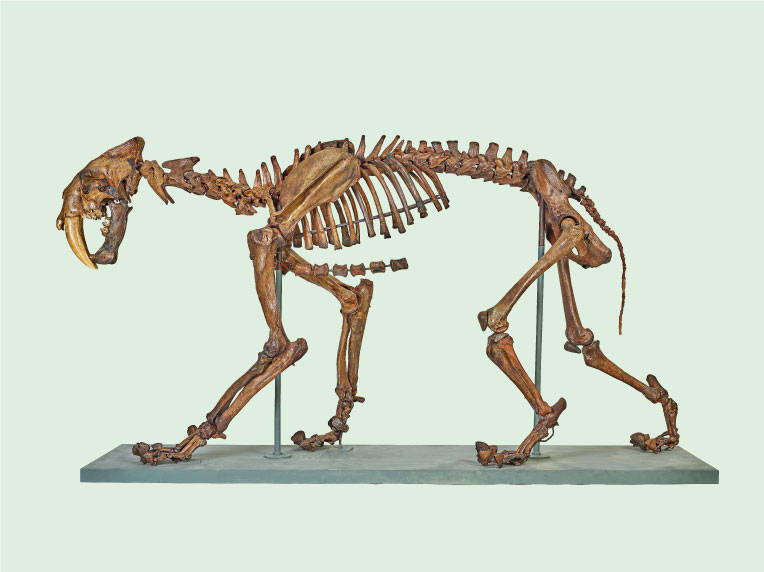 Oh no, they got you too, Diego.
Source

Gallery 5 – A Museum For A Modern World

The final gallery will feature treasures from more modern times. 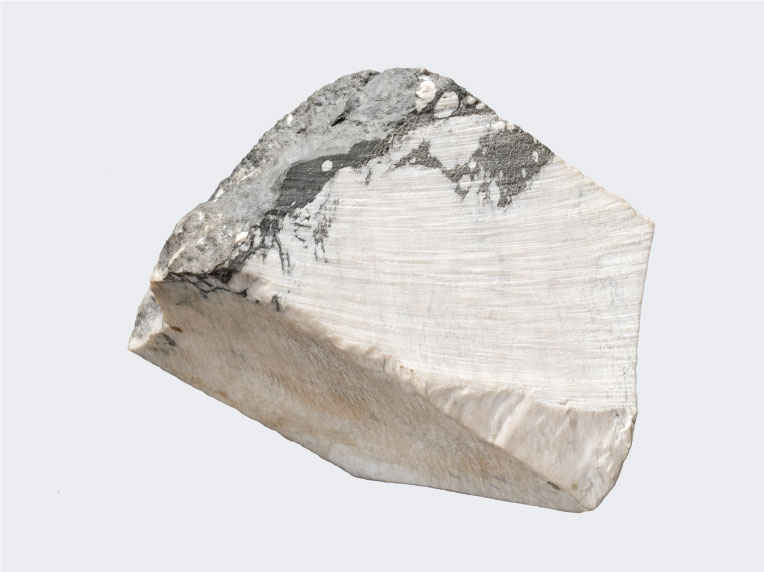 This rock called Jadarite is the closest known mineral to kryptonite – Superman’s only weakness. Now all Lex Luthor needs is a ticket to the ArtScience Museum and a little flourine to bring down ol’ Supes.

Morpho Butterflies from Colombia and Panama 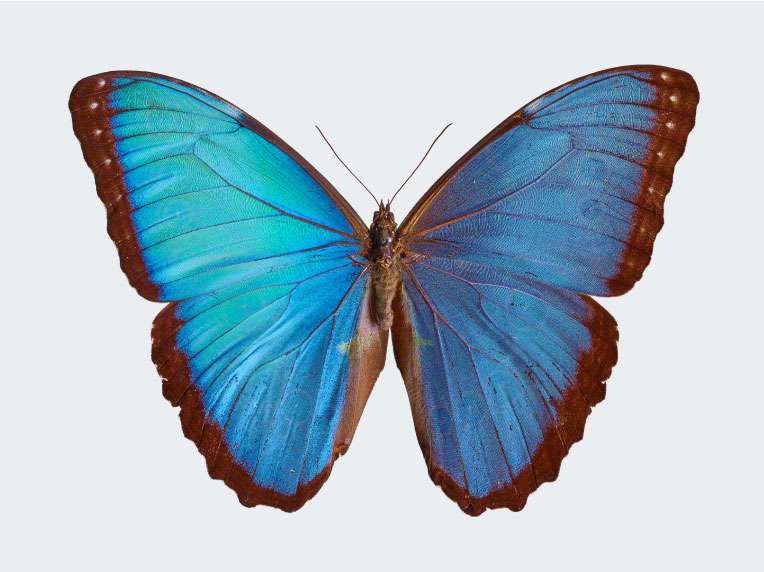 Scientists are studying how to replicate a Morpho butterfly’s lush colours to create environmentally friendly colour pigments. They also seem to be the inspiration for Kali’s magical scene in Stranger Things 2.

Whether you’re naturally curious about the strange history of the modern scientific world or simply a fan of preserved animal corpses, “Treasures Of The Natural World” will surely have something to offer you. 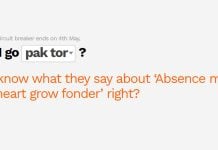 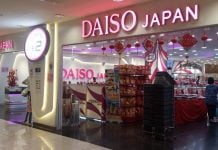