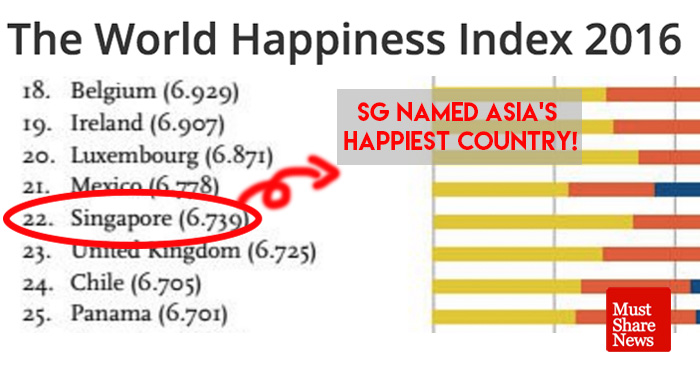 Happiest countries in the world ranked

Put on those smiles because the United Nations (UN) just named Singapore the happiest Asian country. Globally, Singapore is ranked the 22nd happiest country, while Denmark took home the glory of being the happiest place on earth.

Ahead of the International Day of Happiness on 20 March, the World Happiness Index surveys people from all over the world each year to find out which country has, well, the happiest population. The top 10 this year were Denmark, Switzerland, Iceland, Norway, Finland, Canada, Netherlands, New Zealand, Australia, and Sweden. The bottom 10 were Madagascar, Tanzania, Liberia, Guinea, Rwanda, Benin, Afghanistan, Togo, Syria and Burundi. 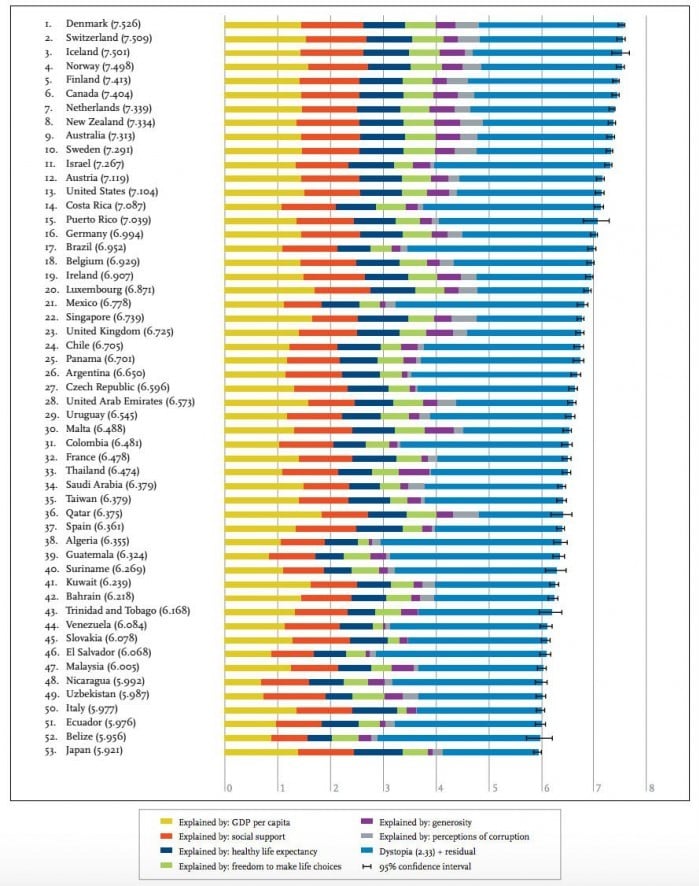 In the survey, 3,000 people from each country were told to rank their own happiness. These answers were then weighted based on six factors: levels of GDP, life expectancy, generosity, social support, freedom, and corruption.

Besides bragging rights for Singapore, what else does the results tell us?

The team behind the survey believes that the report will help countries gauge their readiness to pursue the UN’s Sustainable Development Goals, which include ending poverty and hunger, increasing healthcare and the quality of education and other humanitarian goals that will help the whole world.

You can read the full report here.