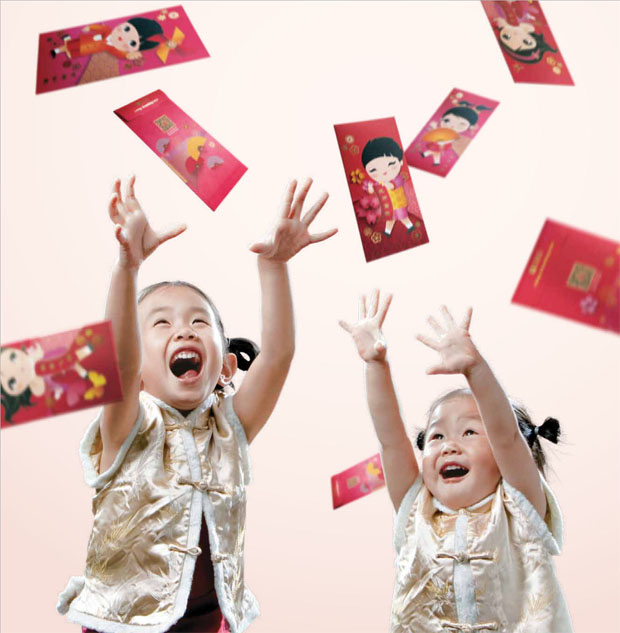 Make a statement with the most unique ang pow packets

With Chinese New Year looming around the corner, we hear the groans of married/”empowered” adults who have to dish out ang pow packets. That’s right. It’s that time of the year again, when you burn a hole in your pocket and gain excess weight while bingeing on New Year goodies. Not to forget the dreaded cheers of children and the awkward small talk you have to make with the relatives you meet once in a year. Sulk all you want before the festive occasion, but that’s not going to change anything.

We urge you not to be the Chinese New Year grinch –  it’s a joyous occasion to celebrate a new year in the Chinese calendar and a time where families reunite.

Every year, before Chinese New Year approaches, some may receive complimentary red packets in the mailbox from banks. On the other hand, some retail shops offer free ang pow packets when you reach a minimum spend. If you’re already feeling the pinch of giving out ang pows, take the opportunity to benefit from these free ang pow packets. While some are really blah, others make the cut and might even impress. Here are 12 that left an impression on us: 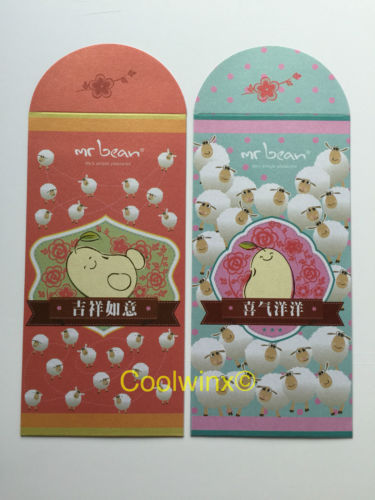 Our favourite bean mascot made doubly cute with sheeps surrounding it! Or is Mr Bean so excited for Chinese New Year that it has to count sheep to get to sleep? 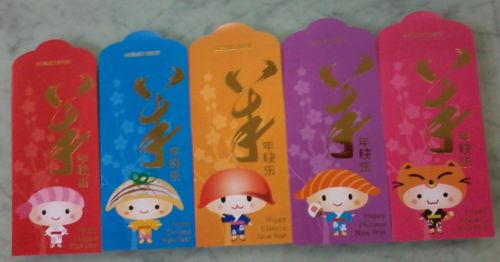 ‘Cos everyone loves sushi! 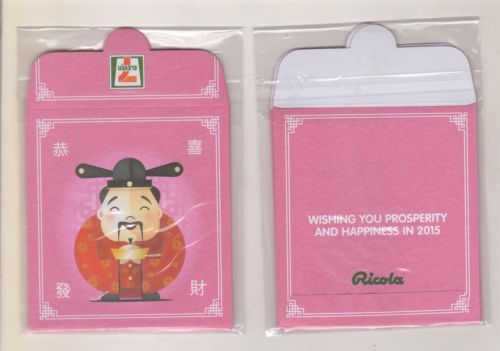 Bring the God of Fortune to everyone but scrimp on the content of the ang pow – it’s too small to put big notes inside anyway. Every child’s favourite toy store, accompanied by a donkey-looking sheep. 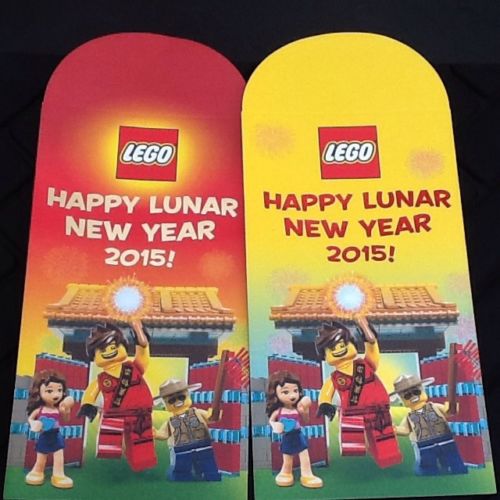 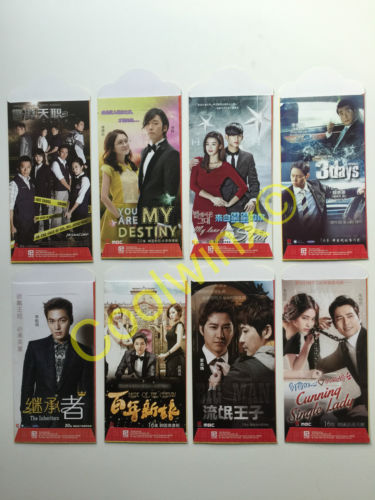 If you have relatives who are avid fans of Korean dramas, this series of ang pows would be a clear winner. Lee Ji-hoon, anyone? 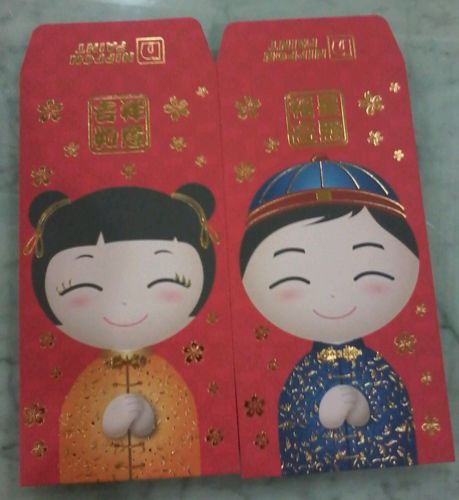 We’re hoping that it might come with a small tip inside the ang pows, given that Nippon Paint South-East Asia founder Goh Cheng Liang is Singapore’s richest man. 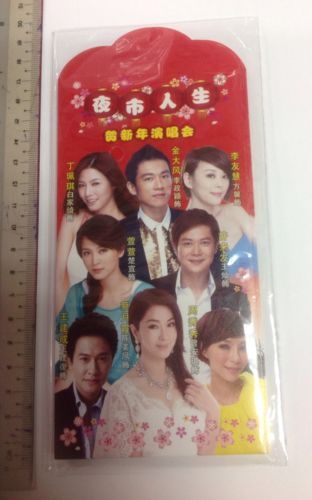 The older generations would be delighted with this ang pow, with their favourite faces gracing the cover. As if it’s not enough to watch them on television every weekend. 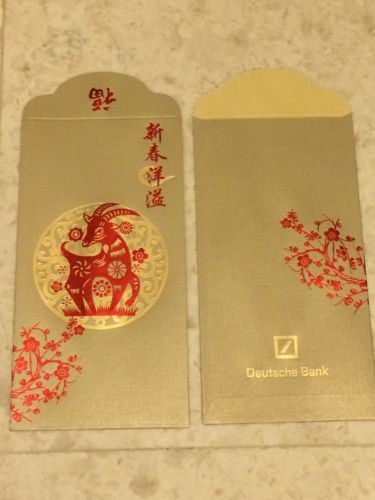 Gold makes everything look expensive. Just remember to accompany this with a generous sum of money so the recipient won’t take a second look at the ang pow . 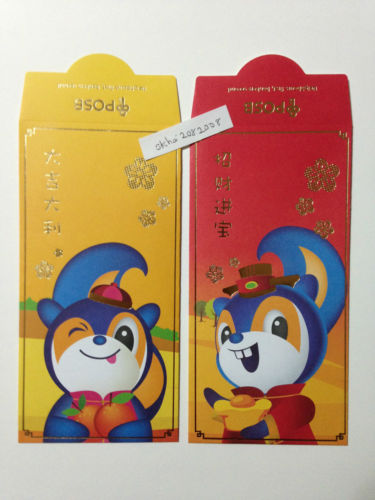 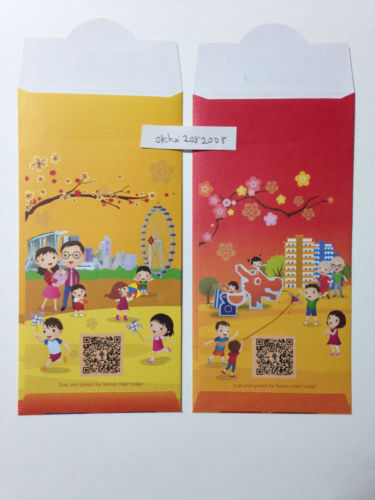 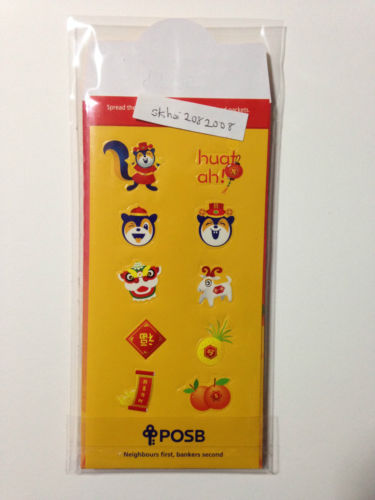 Comes with cute stickers too! This POSB squirrel has become synonymous with advocating children to start saving, so it might serve as a reminder for the kids to save instead of frittering their money (or actually, yours) away.

If the above does not appeal to you, feel free to dig deeper into your pocket and splurge on ang pow packets. The pro of these red packets is that it’s not time-limited and you can reuse it next year ! Here’s 12 that will get your little nieces and nephews squealing or win the hearts of your elders: 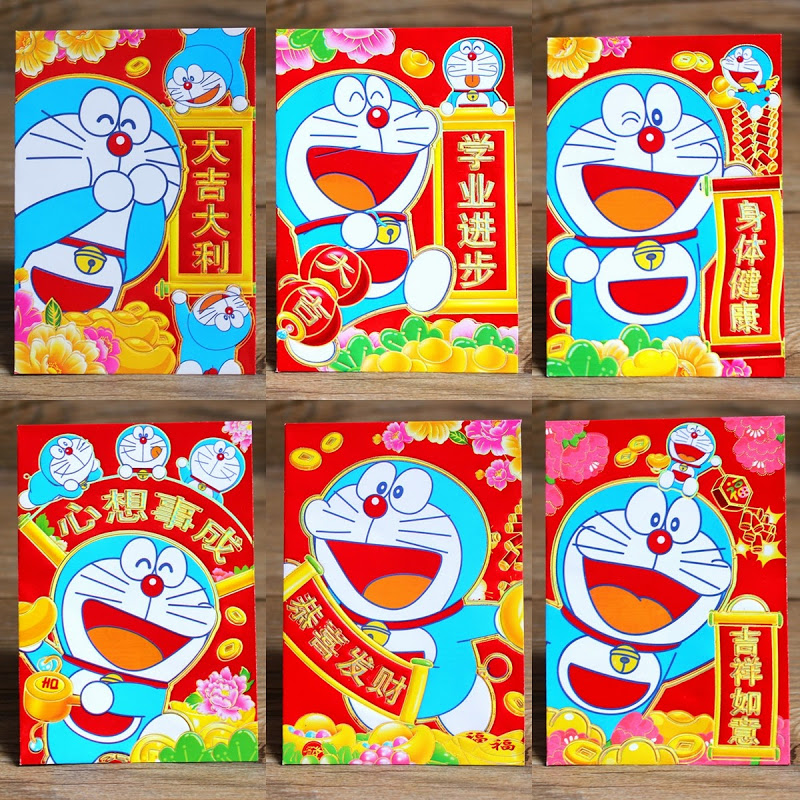 The robot-cat has been around for 100 years now, older than everyone who’s reading MustShareNews. Doraemon’s longevity is a testament of how well-loved it is. 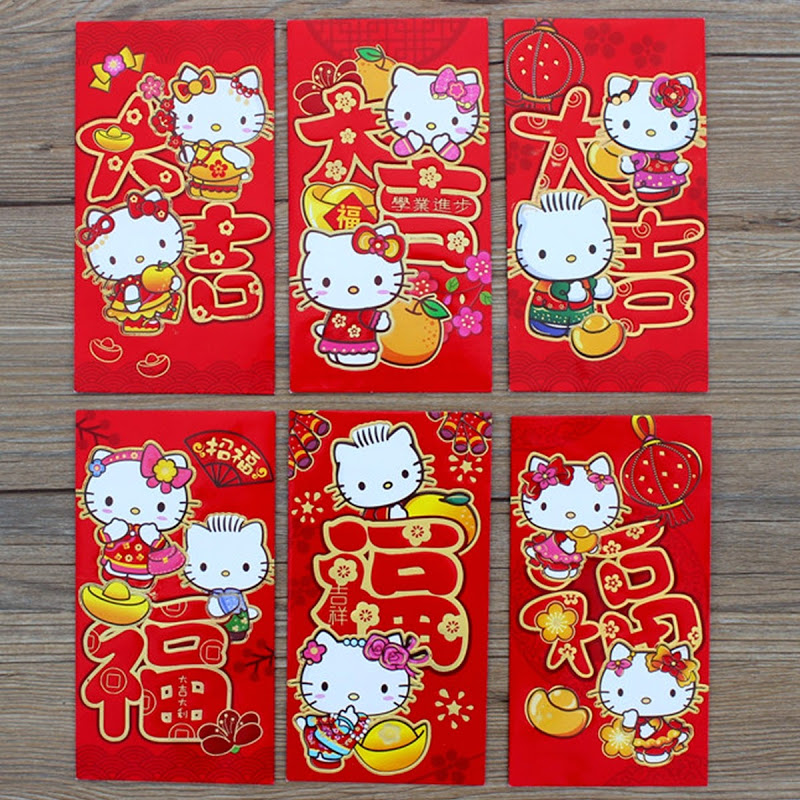 Who cares if there’s no ‘Year of the Cat’? Regardless of whether she’s a cat or a British schoolgirl, one thing’s for sure – she has fans internationally. 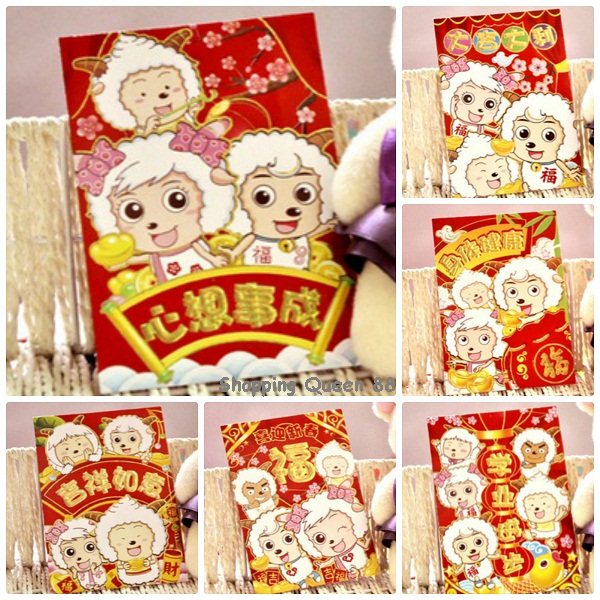 Pleasant Goat and Big Big Wolf is a famous Chinese animated series broadcasted on Channel 8. Ang pows with the pleasant goat would make the year of the goat very pleasant indeed. 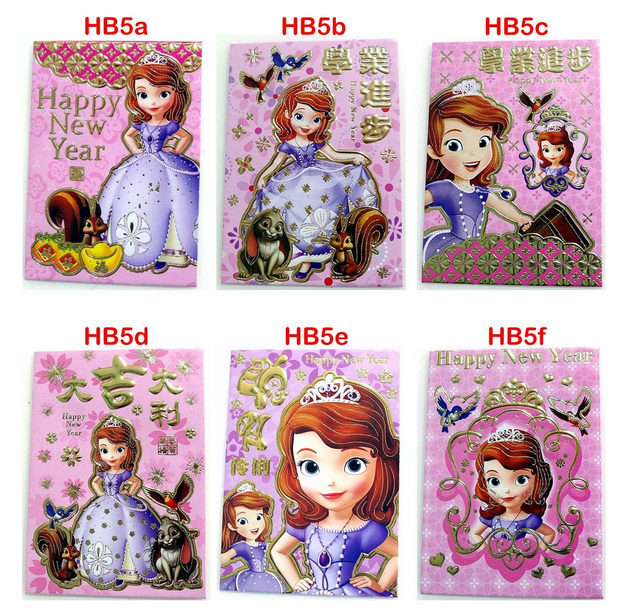 Don’t think there’ll be any girl not dreaming to be a princess. Don’t be sexist and give this to the boys too. 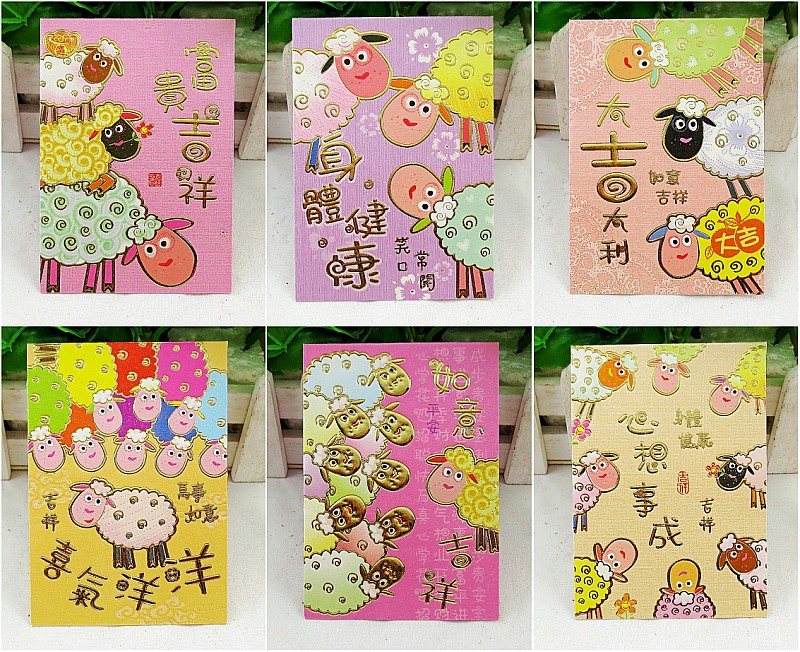 Sheepishly hand out small amounts of money in this sheep ang pow. 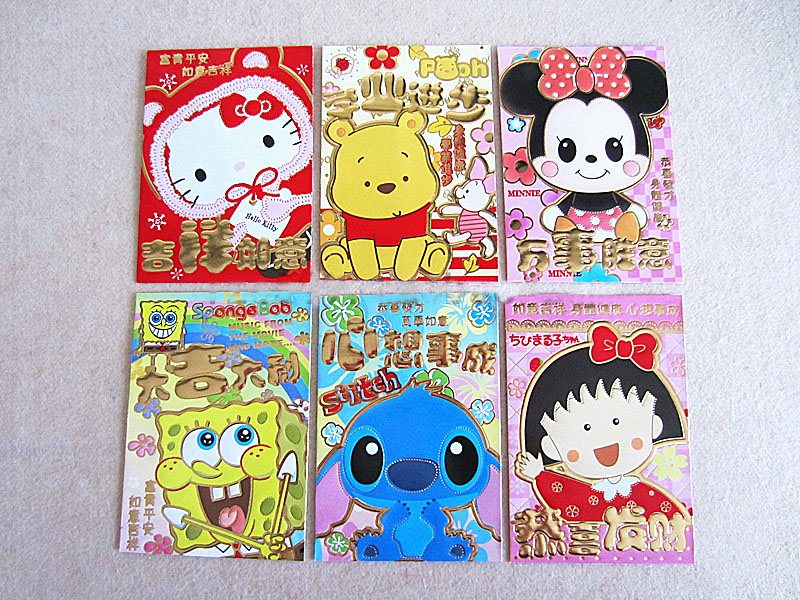 Get an assortment of ang pow packets to save yourself the trouble of picking out the nicer ones. You might get a headache though, when the kids fight over not getting the ang pow with their favourite character. Nope, we’re not leaving Frozen out. Who says it’s strictly a Christmas thing? You also get to hear your excited nieces shriek their renditions of Let It Go for the millionth time. Don’t expect the minion craze to die down yet – brace yourself for an upcoming minions movie this year. Bee-doh bee-doh! 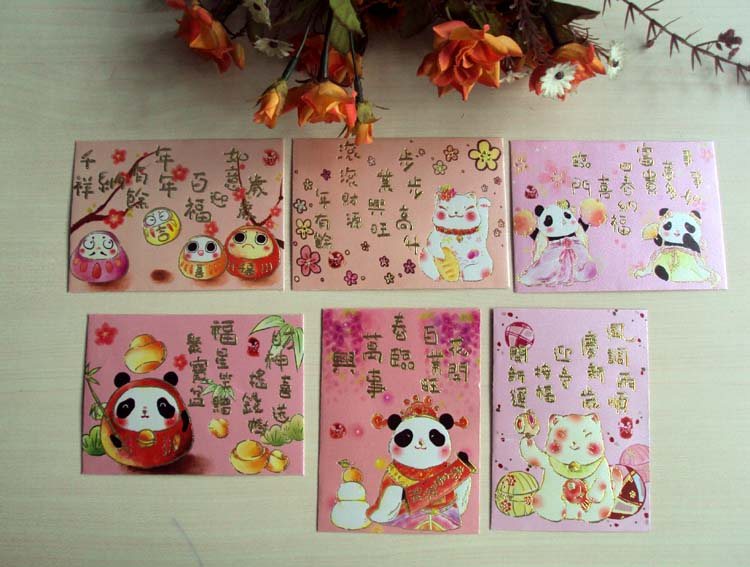 Cheem Chinese sayings littered all over an ang pow is always a good idea. Even if nobody knows how to read them.

10. Anything even more Chinese Don’t forget to give your elderly parents/ grandparents a generous ang pow to thank them for taking care of you. With sayings like Gong Xi Fa Cai or Yi Fan Feng Shun (safe voyage), these ang pows are bound to spread a smile across their faces.

Guide on how much ang pow money to give

Just for the fun of it, here’s a superficial guide in line with The Straits Times’ article on how much to give in your ang pow to not be deemed a scrooge. (Read: Follow only if you want to show off)

*Note: The writer has no prior experience in giving out ang pows so take this with a pinch of salt.

Market rate according to The Straits Times: $8

Remember this is the minimum!

If you’re on par with the likes of Peter Lim and Goh Cheng Liang,

Don’t forget the true meaning of Chinese New Year – it’s more than just the collection of ang pows. With the financial health of many improving, Chinese New Year might degenerate into an ang pow war, where people compete to give bigger ang pows as an indication of their wealth. It is imperative to bear in mind that every ang pow is a blessing and it’s the thought, not the amount, that counts. With that being said, we sure hope not to find any chocolate coins in our ang pow packets!

Here’s wishing all of you a very happy Chinese New Year in advance!