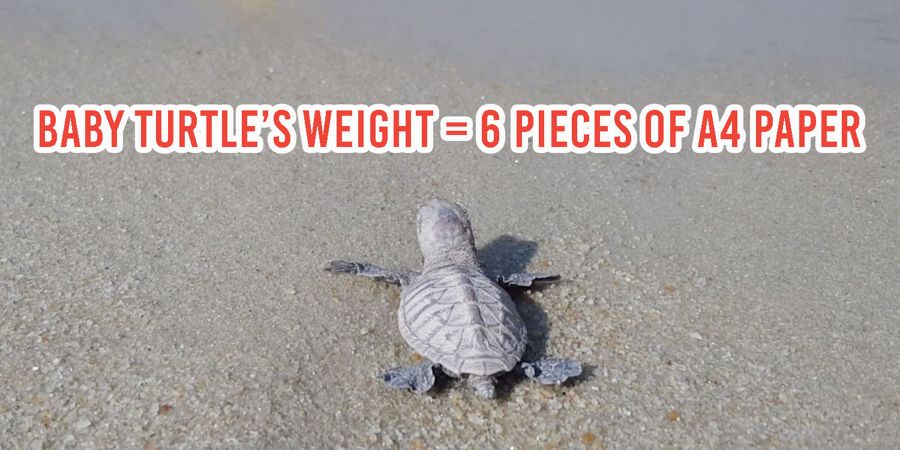 In November, a nest of Hawksbill turtle eggs was found on Sentosa – home to some of the best beaches in Singapore.

But now it’s home to the nation’s most adorable baby animals.

As we celebrate their hatch-day on Tuesday (23 Jan), let’s watch these 106 teeny-tiny green babies taking their first steps into this big, sandy world in this video.

Now, join us as we deep dive into some lesser known fun facts about these precious little tots.

They are soooooooo cute. But what are they?

Are they perhaps the turtles from Finding Nemo? 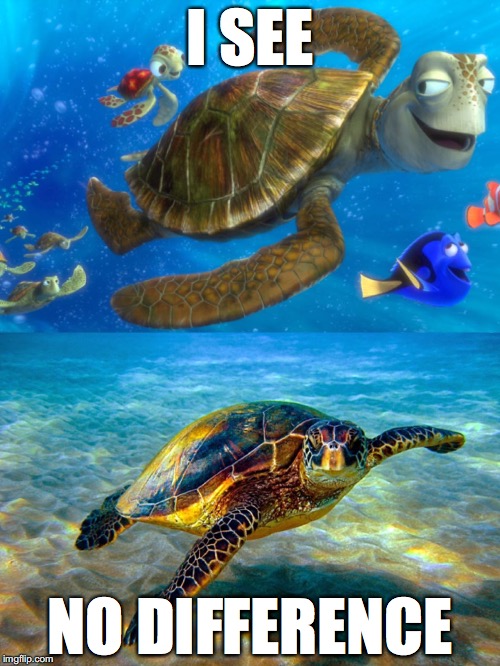 No, not really. They are Hawksbill turtles which are critically endangered sea turtles – the only extant species in the genus Eretmochelys.

They belong to the family Cheloniidae.

Same, we don’t know what that means. But we’ve done our research.

Cheloniidae are marine turtles that have:

This means Singapore’s latest batch of little babies will be all grown up in no time.

Once they’ve filled in their shells, we hope they enjoy wading around Sentosa’s beaches.

The baby turtles, usually weigh less than 24 grams, and hatch at night after around two months in their nests.

That’s equivalent to the weight of approximately 6 pieces of A4 paper.

They crawl instinctively towards the sea, attracted by the moon’s reflection on the water– or street lights in some cases.

Baby turtles that do not reach the water by daybreak are preyed upon by shorebirds, shore crabs, and other predators.

The ones that got away

By daylight, the sea turtles that have survived the tiring crawl to the sea will be somewhat safe in the water.

They typically reside near shorelines since sponge – their main source of food – can be found in coral reefs there.

The close proximity to the beach for nesting their eggs also means they would most likely return as adults during nesting season.

Fingers crossed that they will come back to visit us!

This is the third time we’ve seen these reptilian darlings grace our shores.

Two batches of Hawksbill turtle eggs have been birthed on Singaporean shores in the past.

However, the biggest threats to their survival is illegal wildlife trade and the aggressive hunt for their shells for decorative purposes.

Research carried out by the Marine Turtle Specialist Group (MTSG) showed that the worldwide hawksbill sea turtle population has declined by 80% in the three most recent generations.

If we don’t work together to stop unregulated sale of such goods, it’s unlikely we would ever get to see these animals again in the future.

Consider adopting a turtle via World Wildlife Fund today, or simply show some love by finding out more about NPark’s efforts to help in marine conservation.

Because these tiny wondrous creatures are living proof that you’re never too small to make a difference.