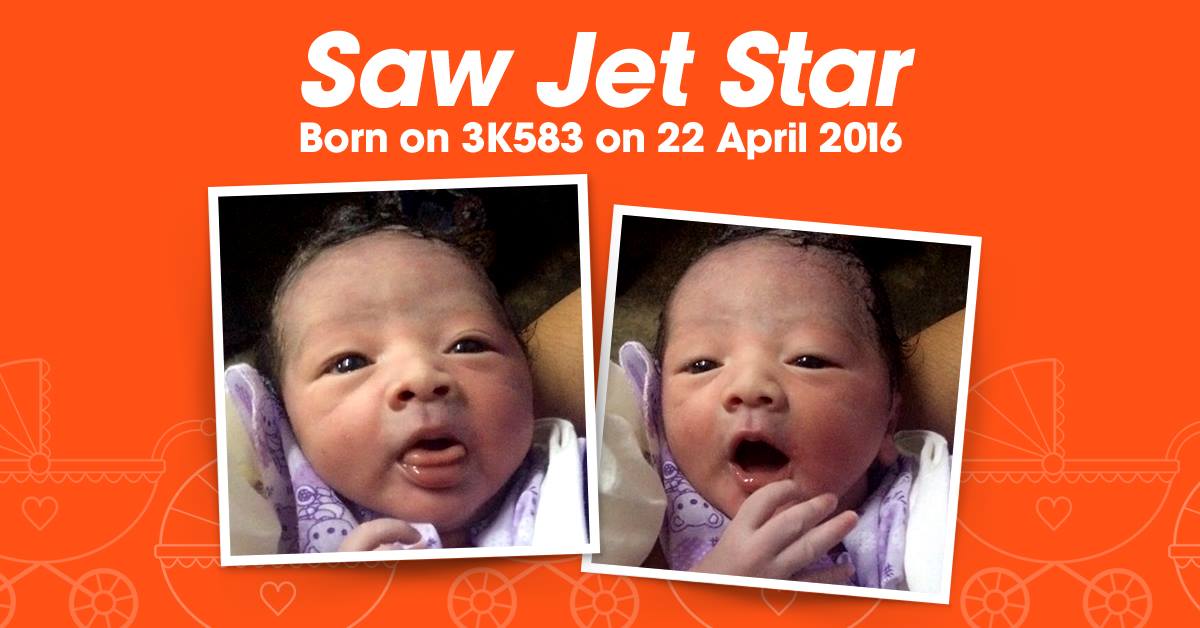 A pregnant woman who unexpectedly gave birth on board a flight from Singapore to Yangon, Myanmar, has named her new baby after the airline, Jetstar.

Jetstar Asia flight 3K583 had just landed in Yangon, when the mother, a Myanmar national, unexpectedly went into labour, according to local media.  With the help of the crew and three doctors on board, she safely delivered the baby, who weighs around 2.9kg.

To show her gratitude, the mother decided to paid tribute to the airline crew in the baby’s name – Saw Jet Star. Lucky for her, her own family name is Star, according to media.

The airline said that baby Saw Jet Star was the first baby to be delivered on a Jetstar Asia flight.

Jetstar Asia told media that “the happy arrival of baby Jet Star was met with a round of applause from other passengers on the plane, so we’re sure it’s not a moment they’ll ever forget either.” 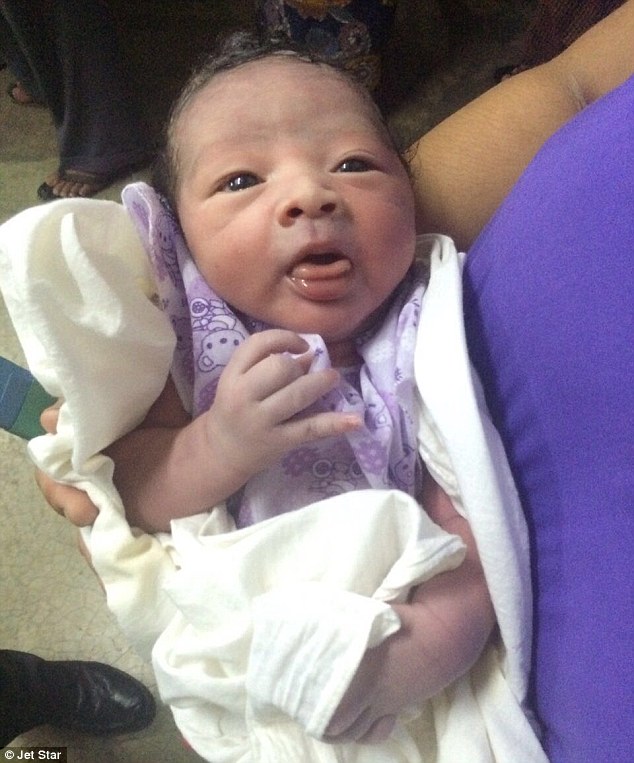 The airline gave the family SGD $1000 worth of baby supplies to celebrate the birth. Jetstar Asia allows women to travel up to the end of their 40th week if the flight is less than four hours.