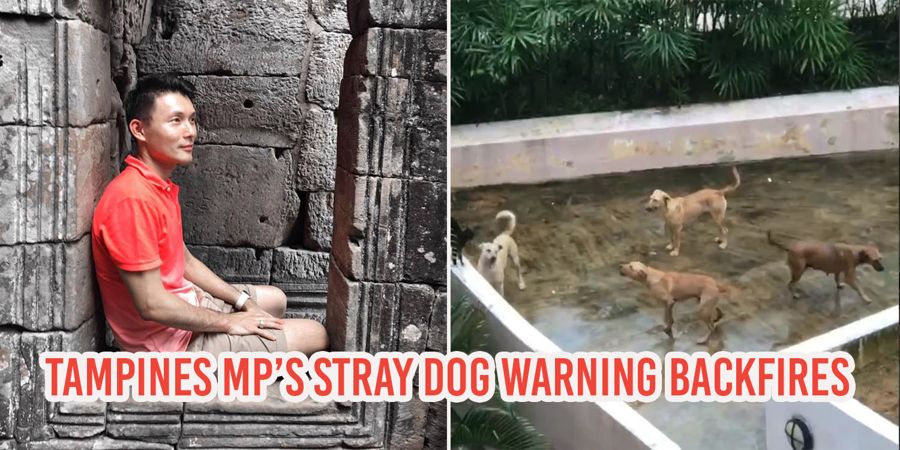 Becoming a MP these days is no easy task, especially when there will always be people ready to call you out against every action.

This was no different for Tampines GRC MP Baey Yam Keng.

In an Instagram post by Mr Baey dated 11 Jan, he observed a group of stray dogs around Tampines, and advised residents to stay away from them for safety.

The post did not take long to trigger hundreds of people as they misunderstood Mr Baey’s warning as insensitive against stray dogs.

Warning wrongly interpreted as a lack of compassion for stray dogs 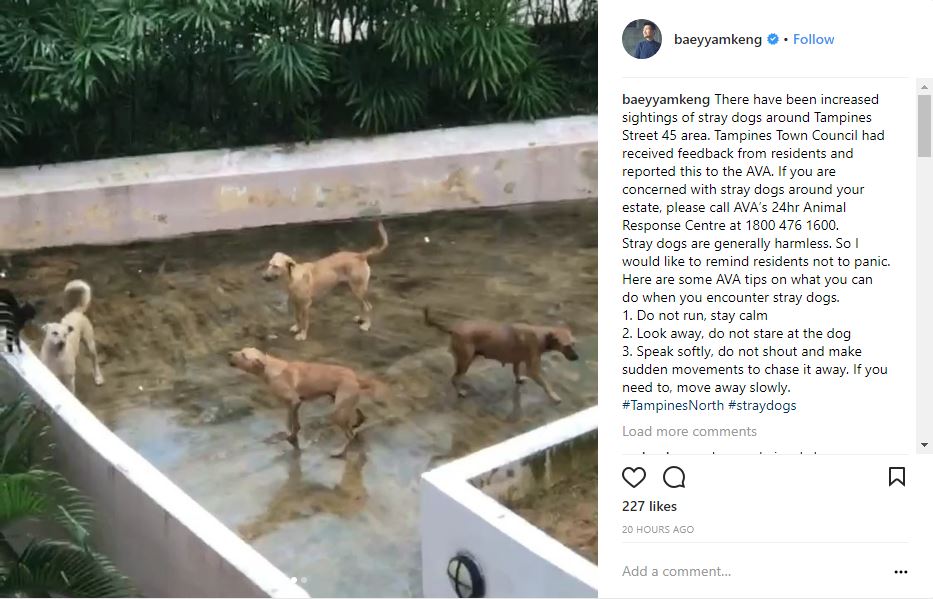 People were generally concerned when Mr Baey suggested the AVA as a solution to curbing the increasing stray dog population in Tampines.

If you are concerned with stray dogs around your estate, please call AVA’s 24hr Animal Response Centre at 1800 476 1600

This advice, quoted from Mr Baey’s Instagram, coupled together with Mr Baey’s top three tips for avoiding dogs, gave off the impression that the MP basically suggested culling stray dogs.

Which is why people had very strong feelings against Mr Baey:

Others were equally concerned with the perceived stereotyping of stray dogs.

We wonder if these people actually read Mr Baey’s post, because he literally said that stray dogs are harmless.

Thankfully, Mr Baey did not have the nature of keeping quiet about issues and has swiftly responded to concerns.

Mr Baey reassures residents that dogs will not be harmed

In a subsequent post, Mr Baey re-emphasised that measures will be put in place to ensure stray dogs receive a better life than it could have before.

Here are some key highlights in Mr Baey’s response, one of which clarified he was simply doing his job as an MP:

As seen in the video clip which I received from a resident, there are several dogs and some residents will be concerned (in fact, the Town Council has received several emails asking for action). As their MP, it is my duty to assure them.

He also reinforced that culling is only reserved for extreme cases.

Culling is not the first action and used ONLY as a last resort. In fact, AVA just rolled out a Trap Neuter and Release Program. Please be assured that Tampines does not support culling of dogs.

However, dog lovers were still unconvinced the stray doggos would be fine.

Not everyone is against Mr Baey

There are always two sides a story — including opinions on this issue.

Amidst the flak, a handful of people have stood by Mr Baey’s firm stance to enforce the safety of residents.

Some have pointed out that Mr Baey has the responsibility to ensure the safety and well-being of all residents. Otherwise – not only will he meet fierce criticism for abandoning his post – there will be no need for a MP in the first place.

To say that Mr Baey have no empathy for animals is certainly not the case here. If anything, Mr Baey simply prioritises his duty to his residents above anything else.

Also, given that AVA has protocols in place to ensure culling only occurs as a last resort, Mr Baey appears to be convinced that the stray dogs would not be inhumanely harmed. Hence, this ensures his residents are protected and their interests of protecting dogs are too. 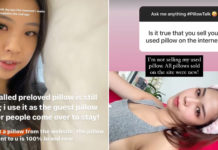 S’pore Influencer Xinde Yap Admits To Affair, Wife Stands By Him To Protect Family From Blackmail