Selfie king flamed by netizens for being baey paiseh

[UPDATE 17 Nov]: Baey has responded to the hoo-ha over his #PrayForParis post, clarifying that his photo was taken with a timer during his morning run. Guess that means the picture wasn’t photoshopped — mystery solved. 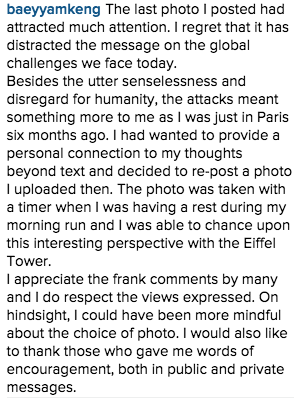 However, the social media savvy MP has attracted brickbats with his “tasteless” post.

So, what’s the problem?

A photo of him posing with the Eiffel Tower looks pretty harmless, right?

Baey, who has a reputation for being selfie king, might have been too eager to show off the model-esque side of himself. Netizens felt that his post was inappropriate and undermines the gravity of the issue.

…which led to speculation that Baey photoshopped his picture.

Baey later clarified that he was in Paris in May this year as part of President Tony Tan’s state visit delegation, and that photo was *not* photoshopped.

Mysterious case of the missing clouds

Nonetheless, one can also find different photos he took with the Eiffel tower with varying cloud cover, such as these:

Giving him the benefit of the doubt, it could be possible that he did take one with the tower when there were no clouds in sight.

Netizens have some fun

Meanwhile, these contributions from the internet are certainly photoshopped.

I asked for a cape for #BaeyForParis and my reader delivered. pic.twitter.com/FgpQQP2RS4

Here’s one of Baey back in the dinosaur age, still looking cool as ever. 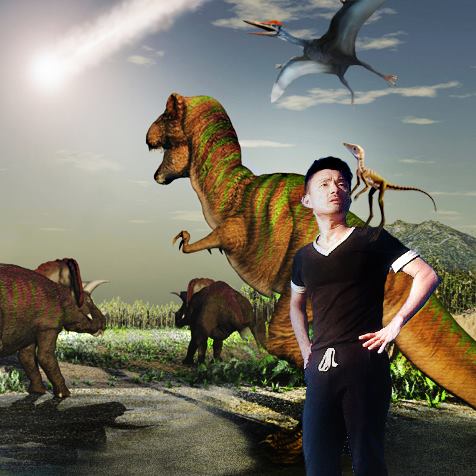 Not forgetting a game of Where’s Baey?

Hirzi, one half of the comedy duo Munah Hirzi Official, has also added his own interpretations. 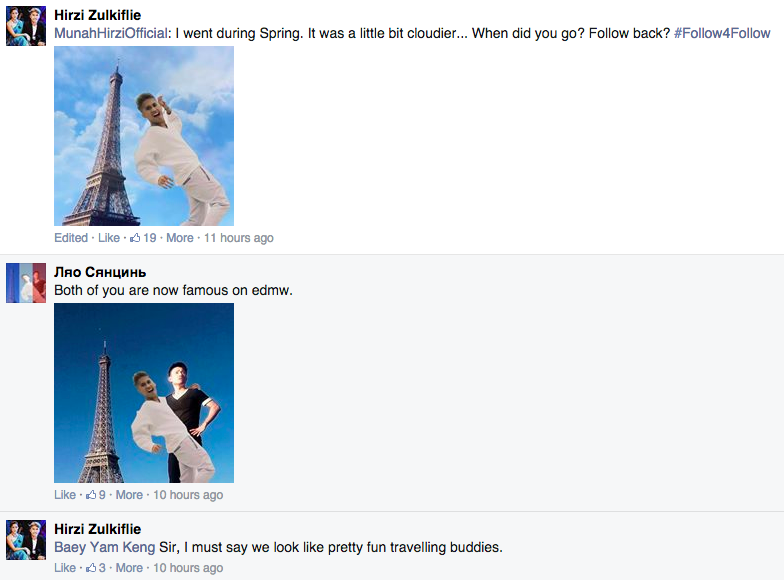 While his thoughts are with the victims, the Facebook post would probably have been more effective in communicating Baey’s condolences if he cropped himself out of the picture.

The question now is: will he still remain the bae in the hearts of Tampines residents?