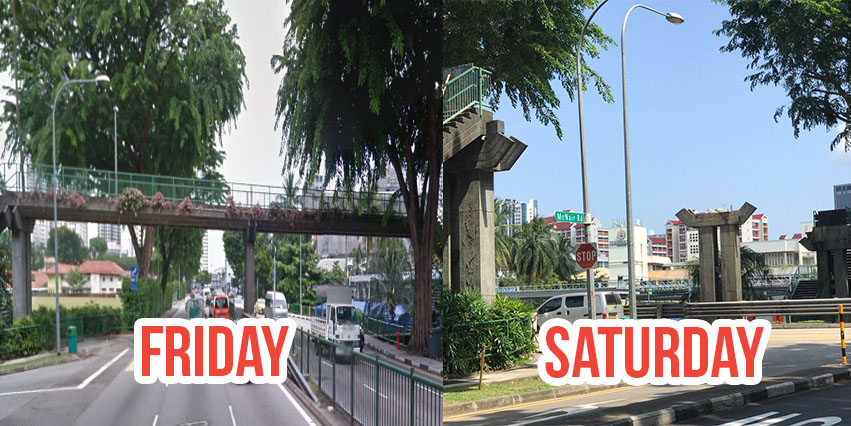 If your morning routine to get to work includes crossing Balestier Road near McNair Road via overhead bridge, you may need to make a detour after when the coming work week starts.

For an overhead bridge that previously allowed people to cross Balestier Road has been totally demolished after a trailer carrying an excavator, whose arm was not fully retracted, crashed into it. 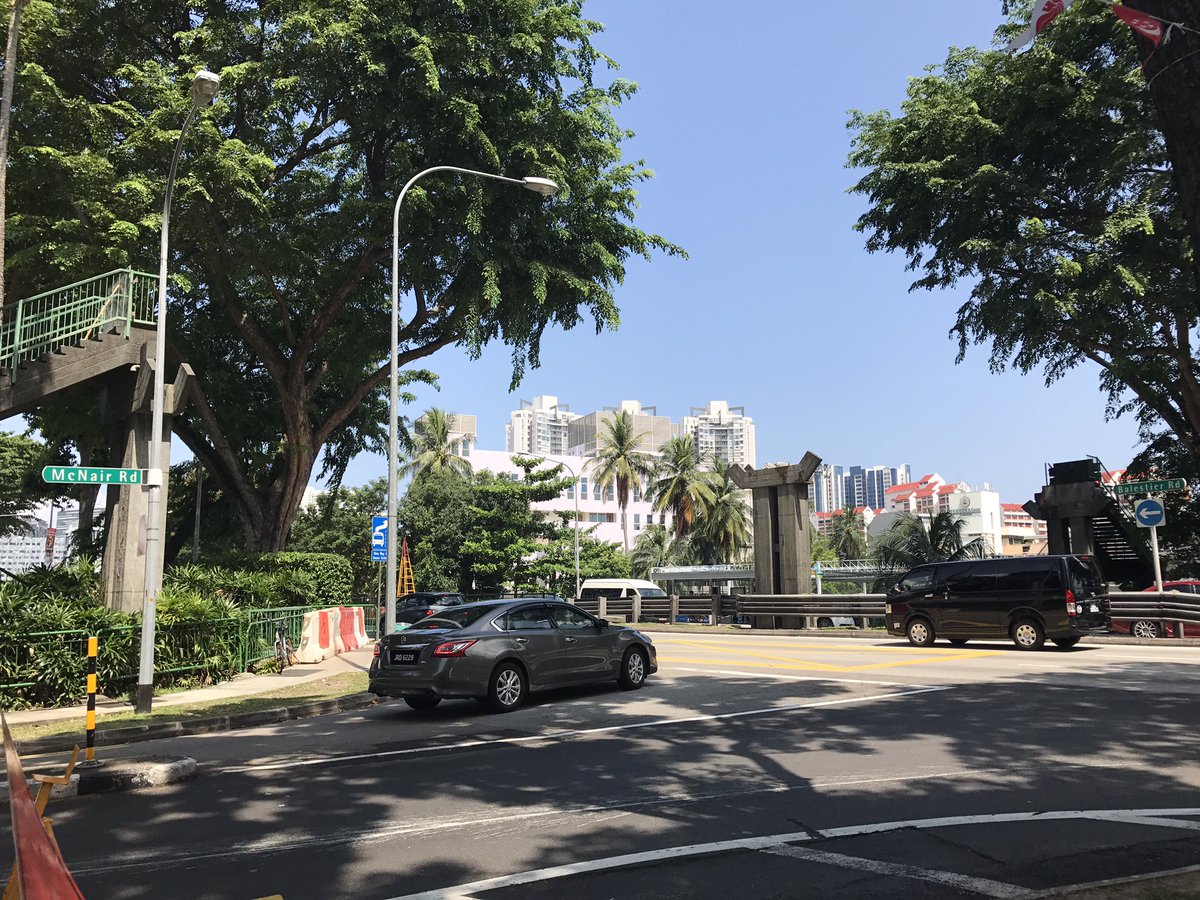 Yes, an entire overhead bridge is now gone in the span of just a weekend after the crash that happened on Friday (July 21) night at about 9.30pm, reported The Straits Times. It caused Balestier Road to be closed for 9 hours, and unsurprisingly, a massive traffic jam resulted.

Without the bridge, they would now have to walk to the pedestrian crossing further down the road — a trek of about 10 minutes more, according to The Straits Times. 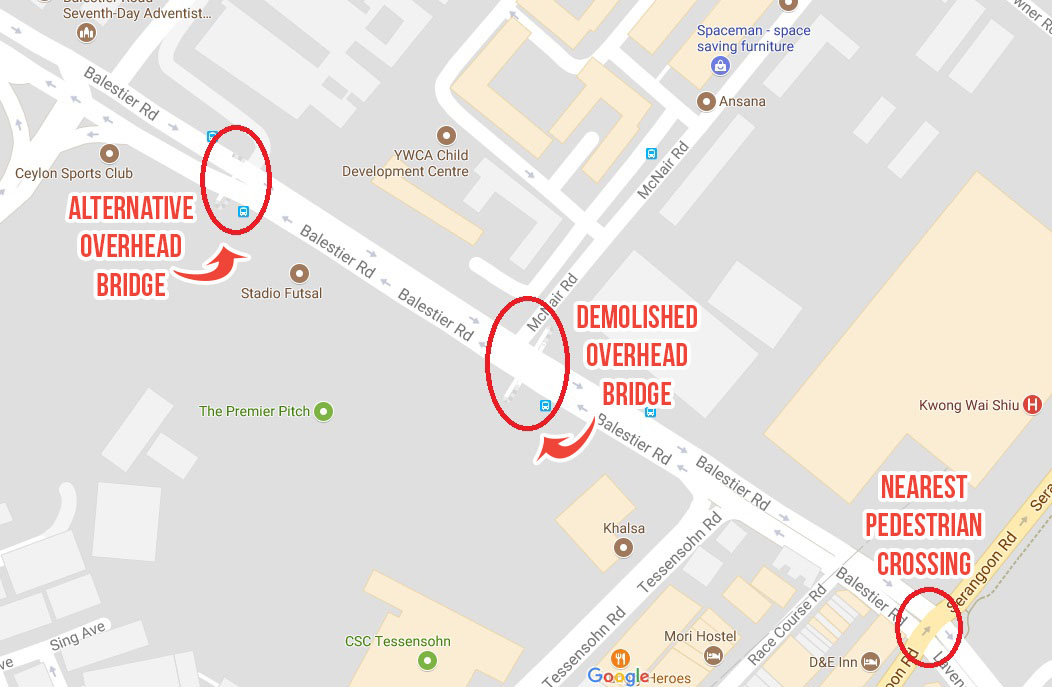 From photos of the bridge just after the crash, it was quite evident that the collision caused one end of the bridge beam to be dislodged from the central support. 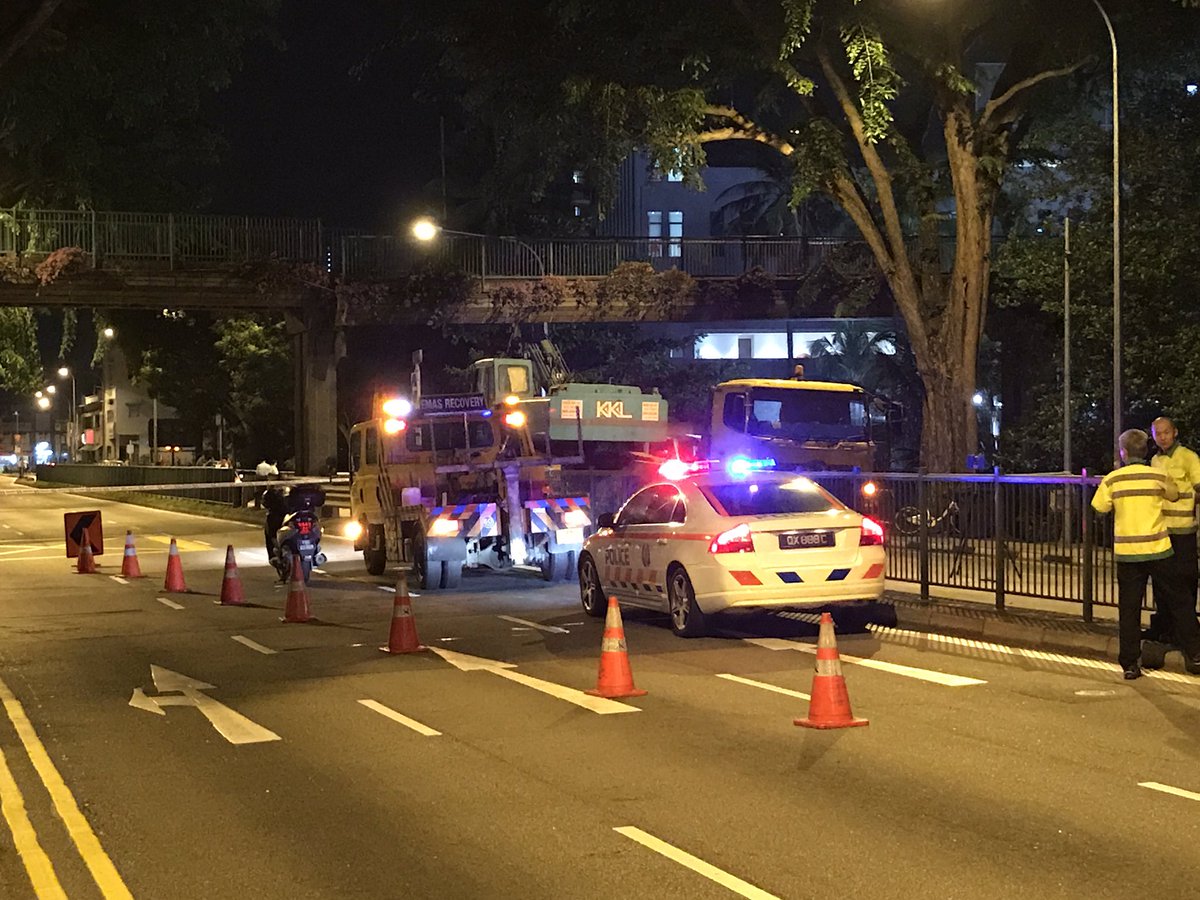 No wonder the decision was made to demolish the bridge entirely, as the Land Transport Authority said in a post on its Facebook page that the structural integrity of the bridge had been compromised.

To demolish the bridge, workers had to work overnight to carefully dismantle and remove the dislodged parts, using 2 heavy-duty cranes to hoist the concrete beams.

Their fast and efficient work means that everything was completed by daybreak, and the road was reopened to motorists on Saturday morning.

Here’s a video of part of the process:

For causing such inconvenience to motorists and workers who had to toil around the night, many people have said that the culprits responsible for the accident should be punished.

Well, 2 employees of industrial transport company Jin Quan Engineering have been arrested over this incident, according to The Straits Times — driver Noor Khalam Aman, 57, and his supervisor Ng Boon Tong, 59.

They were arrested for the offence of Causing a Heavy Vehicle to Collide with an Overhead Bridge, as specified by the Singapore Police Force in a post on its Facebook page.

Yes, that’s an actual law under Section 65A(1) of the Road Traffic Act:

Build Another One Soon

We’re thankful that nobody was injured in this crash.

But we also hope that the authorities build another overhead bridge soon to replace the fallen one, for the sake of the residents of McNair Road.

Meanwhile, kudos to the workers who managed to dismantle the damaged bridge quickly for our safety.