Must Share News
Home Lifestyle Beauty And The Beast Lyricist Was Gay And The Movie Is A...

A Gay Man Wrote Beauty And The Beast

Disney and musical theatre fans just can’t wait to finally watch Beauty And The Beast when it opens in cinemas on Thursday (March 16) — but many may not know that not only was it a gay man suffering from Aids who wrote the lyrics for many of its songs, many of the songs and plot points were created with his suffering in mind.

The movie has already met with some controversy. It’s already been withdrawn from release in our neighbours Malaysia, and the National Council of Churches of Singapore (NCCS) has seen fit to issue a warning about this show  — all because of a so-called “gay moment” in the movie that almost nobody in Singapore or Malaysia has even seen yet.

So incensed is the NCCS that it issued a strong-worded statement on its website about the movie, saying the “gay moment” is “totally unnecessary” and is “a marked departure from the original 1991 Disney classic”.

It’s also concerned that having a representation of gay people in the movie would influence children into the “gay lifestyle”. Meaning they hate that gay people are actually seen to exist in this movie.

Well, the 1991 animated movie didn’t have any gay moments on the surface, that’s true.

But if you look closer, the live-action movie may not be such a departure from the 1991 classic after all.

Lyricist Howard Ashman co-wrote many of the well-loved songs in the show, including the hit theme song, “Beauty And The Beast”.

“Beauty And The Beast” was sung by Angela Lansbury in the 1991 movie, with a pop version by Celine Dion and Peabo Bryson.

Mr Ashman even won an Oscar for the song, which was co-written with music composer Alan Menken. However, he wasn’t alive to collect it, as he had tragically died on March 14, 1991, 8 months before the movie’s release.

Mr Ashman was gay, and died of Aids. He had a partner whom collected his Oscar on his behalf.

We wonder if NCCS would hate Mr Ashman simply because he was gay.

Suffering In His Songs

The movie was released in 1991, towards the end of the Aids epidemic, that saw millions diagnosed with the disease worldwide, including Mr Ashman.

According to The Telegraph, the Beast is an allegory for Mr Ashman’s plight.

The Beast was transformed from a man, and he weakens and comes closer to death based on the wilting of a magical rose. He is also a societal outcast, spurned by “normal” people who do not understand him and are scared of him because he’s different.

Exactly how a gay person with Aids would have felt in 1991.

And exactly how groups like the NCCS are treating gay people in this day and age.

Take a look at the lyrics to his song “Kill the Beast”, sung by alpha male Gaston when he tries to attack and kill the Beast:

We don’t like what we don’t understand and in fact it scares us, and this monster is mysterious at least / Bring your guns, bring your knives, save children and and your wives, we’ll save our village and our lives.

The lyrics are no doubt inspired by Mr Ashman’s suffering and alienation at the time. And isn’t that exactly how the NCCS reacts to the mere existence of gay people?

“Howard was struggling with Aids at the same time [and] the Kill The Beast song was almost a metaphor for that,” producer Don Hahn told Den of Geek in 2010. “He was really dealing with a debilitating disease, in an era when it was stigmatised. And so, there were so many of those underpinnings to the movie that people may not have seen. And shouldn’t have seen. It wasn’t about the HIV epidemic at all. But if you study the man, and his struggles, and then look at his lyrics, you understand what he was going through.”

Going by Mr Ashman’s suffering and the fact that he composed most of the songs in the 1991 show, perhaps the NCCS should warn about the cartoon too, and petition to remove it from DVD stores.
After all, they protest against the mere presence of gay people in the show, and the presence of Mr Ashman arguably looms very large in it.

However, we think everyone should take a chill pill. Gay people exist in real life, and that’s a fact. Their mere presence in a movie won’t turn children gay, as they are already around us in real life, and have always been.
We look forward to enjoying the movie in Singapore, and would like to invite our Malaysian friends to come over and watch it here too!
Featured image from Digital Spy 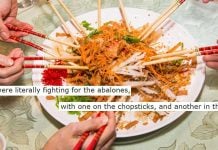 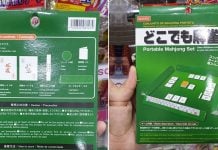