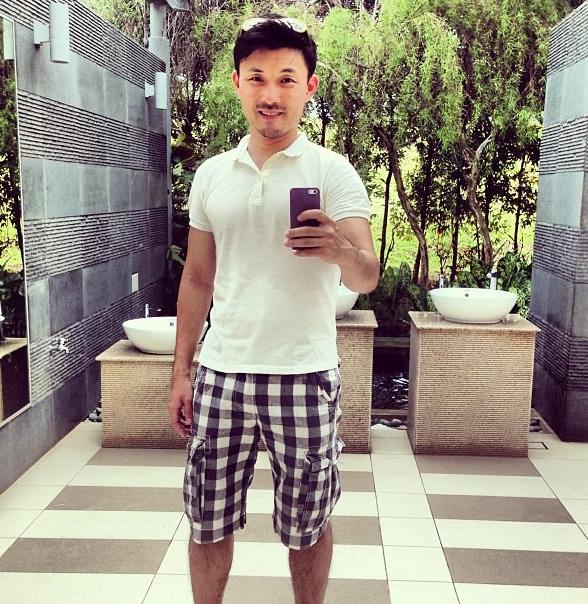 At age 44, Baey Yam Keng, one of the youngest politicians in Parliament, is setting out to prove that MPs and politicians are not always dry, dreary and boring. He’s on his way to success: his Instagram page already has 1000+ posts and he has amassed an impressive 8.6k followers.

Mr. Baey is known for being the “Selfie King” but his Instagram page has plenty of other posts worth a second look. Here are the top 19: 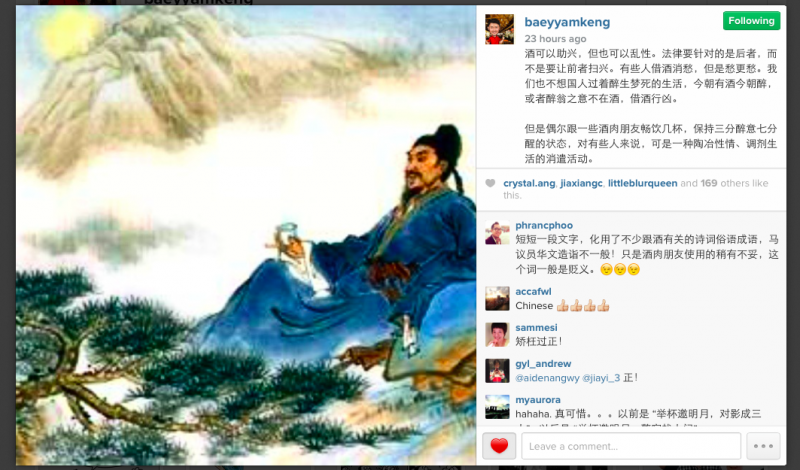 This February 1st post was in response to the controversial Liquor Bill that was recently passed in Parliament. Baey babbles on about alcohol, how it can be both good and bad, and why the Bill is good.

We’re more amused with the picture of choice though. 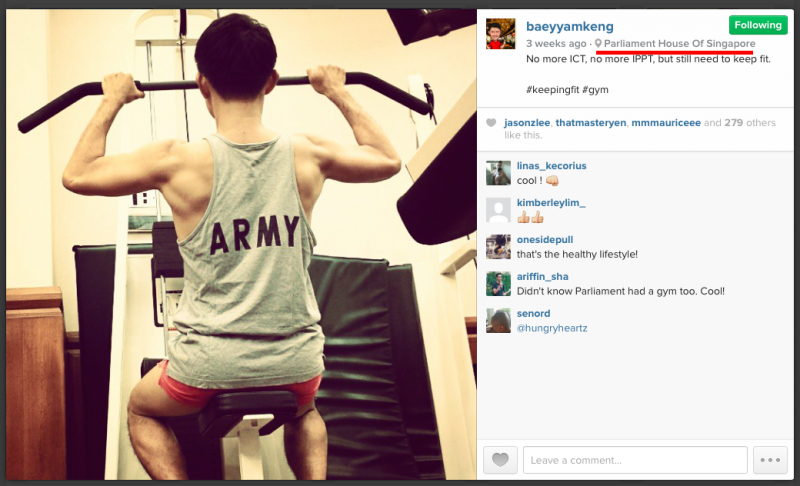 We’re salivating at those back definitions.

Who knew Parliament had a gym? Also, who’s the one taking the picture for him? 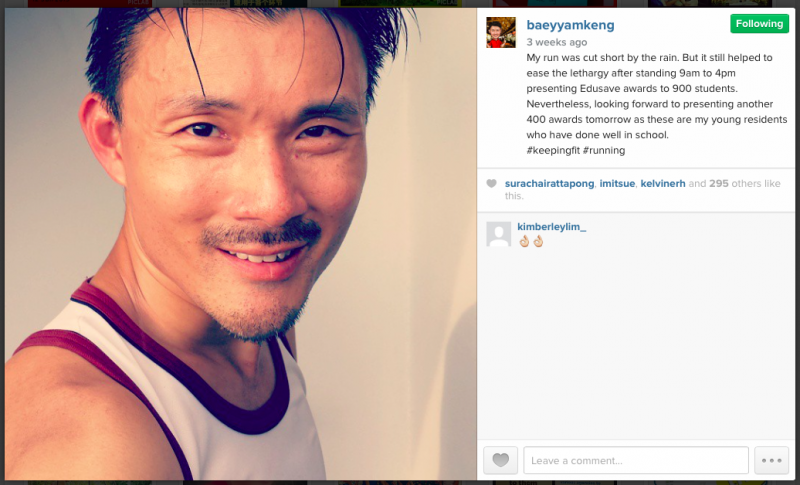 We wonder who looks this good after a run. 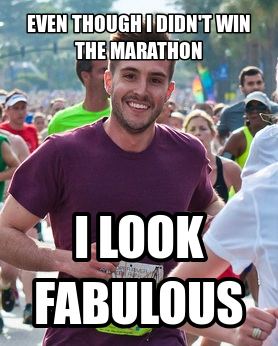 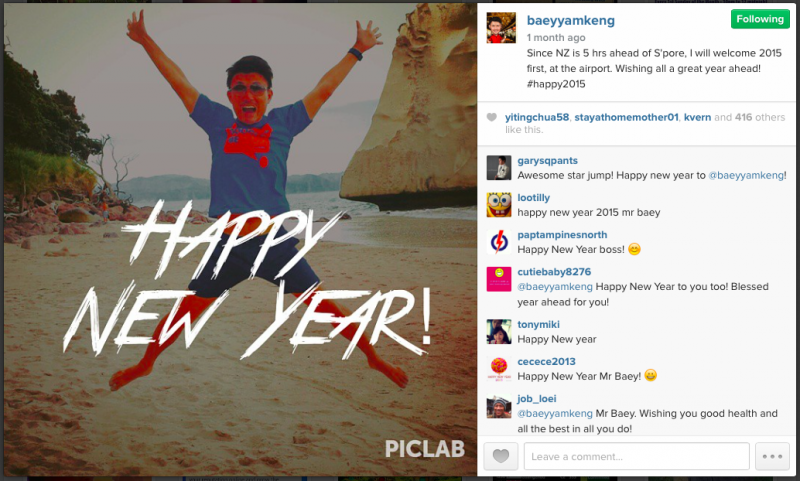 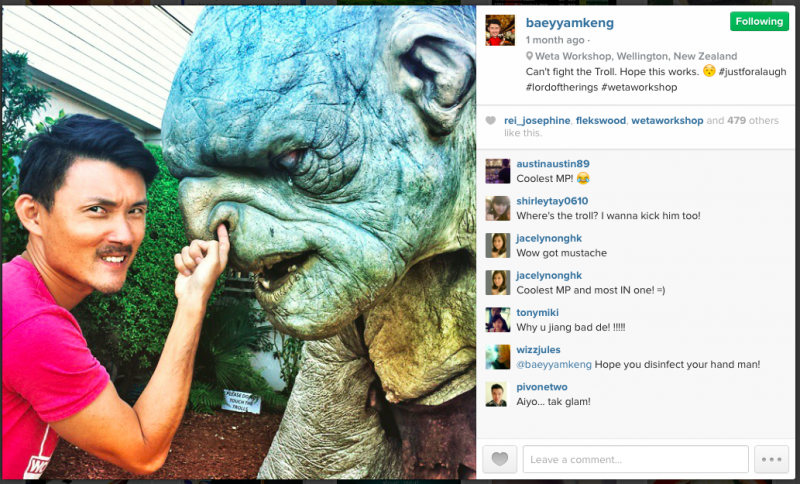 Mr. Baey’s funny side comes out in this one. Who says mischief is only limited to young children? Just look at that evil grin on his face. 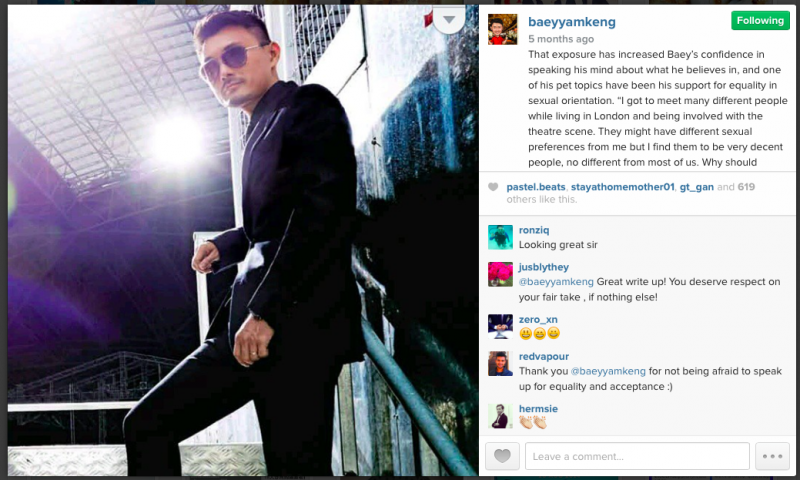 This photoshoot was for Harper’s Bazaar. If Baey ever quits politics, we know which industry he could easily go into. Also, we like that he talks about himself in the third person. 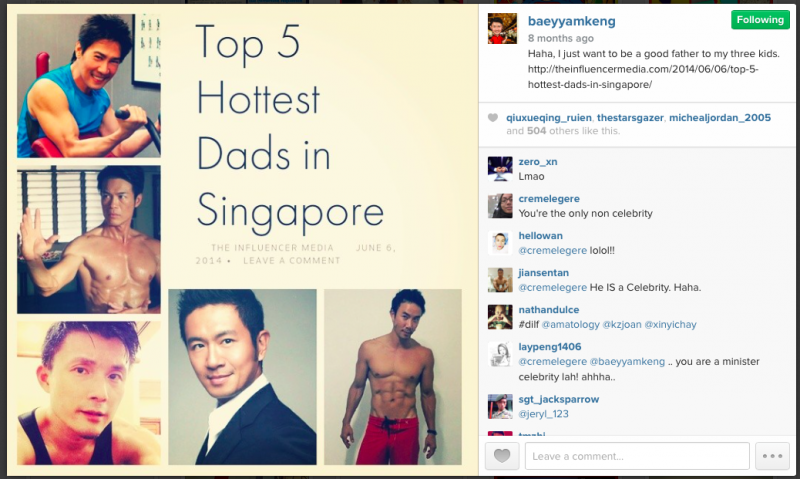 You don’t have to be in Mediacorp to qualify to be hottest dad. Baey kills the competition with that tousled hair, steely gaze, and half smile. 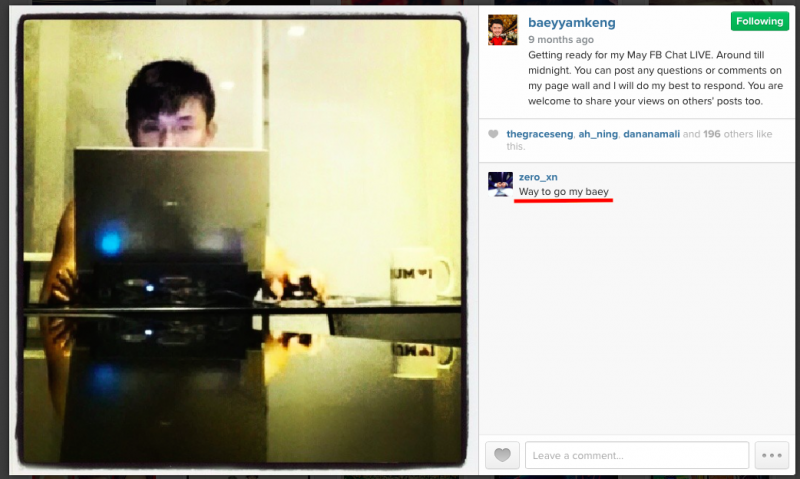 The pun is strong in this one. 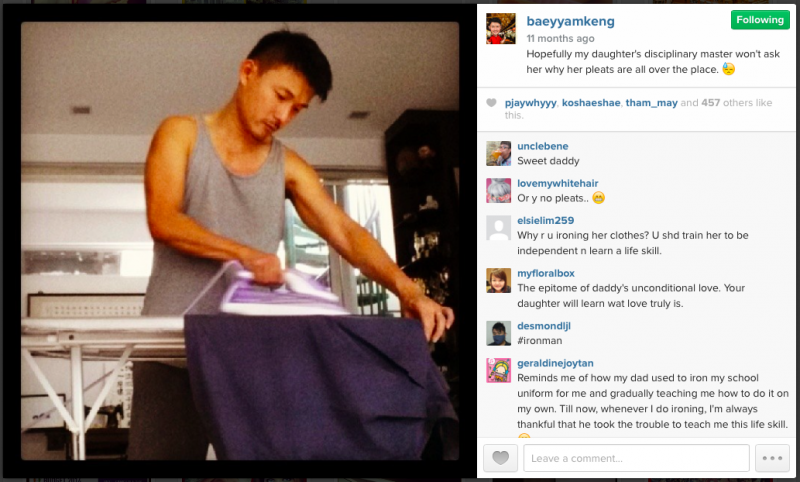 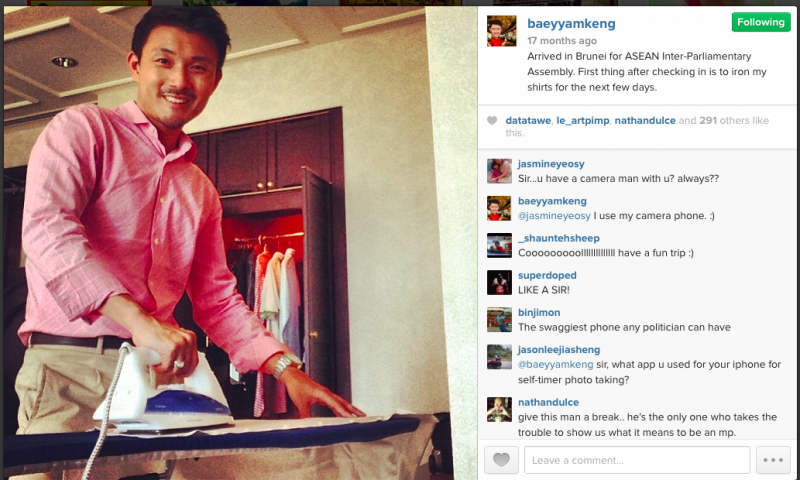 Baey proves that men can hold their own at doing household chores too. 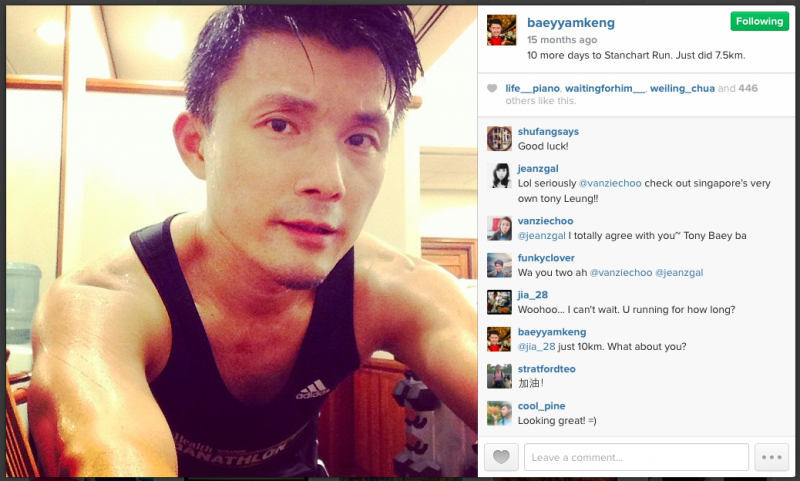 We think this is one of his best-taken selfies, and 449 others think so too. 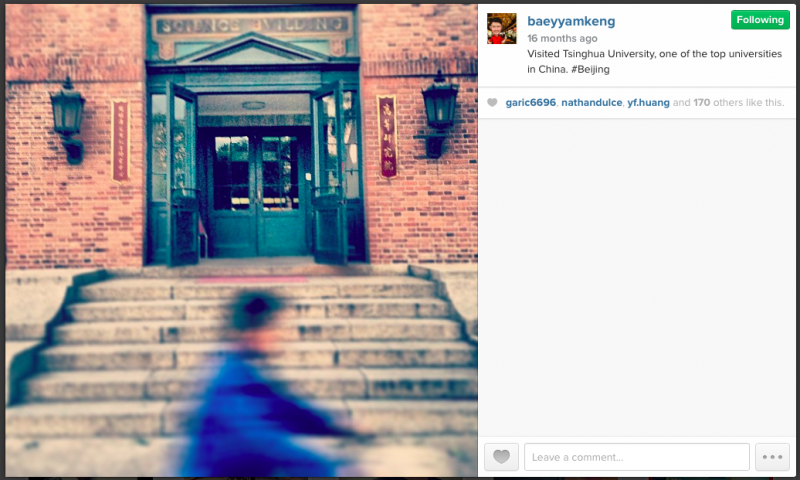 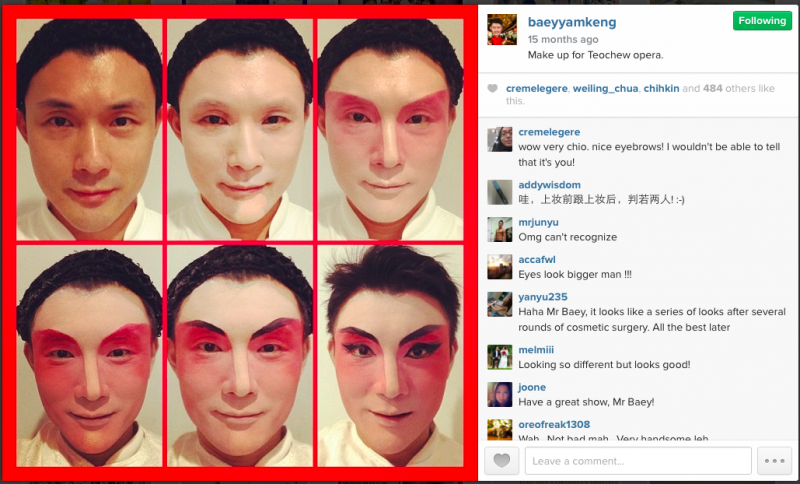 We never knew Baey could do Teochew opera too. His final look makes him totally unrecognisable from his initial picture. Dat eyeshadow. 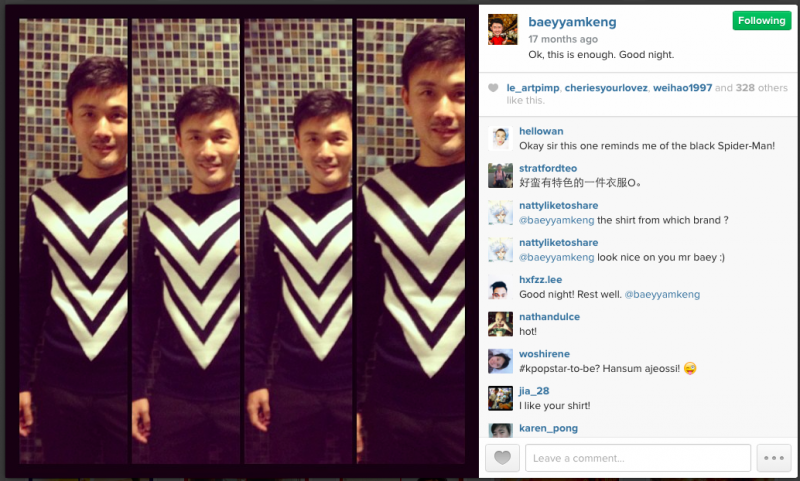 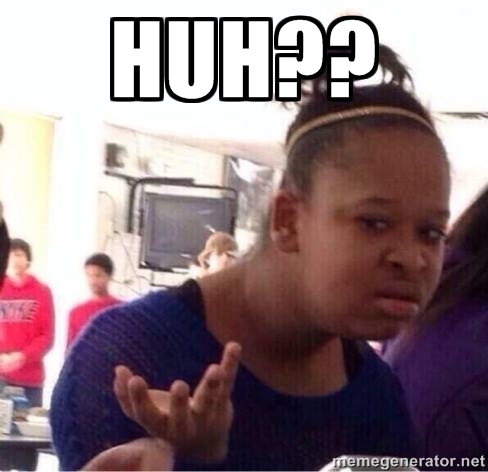 Baey wished his former Chinese teacher a Happy Teachers’ Day; and his teacher said that she had received his wish with great happiness and surprise. She thanked him for not forgetting him.

There’s nothing quite as touching when a student reunites with his or her ex-teacher, and realise that they still remember each other. Baey may be a busy politician, but he knows how to thank those he’s grateful to. 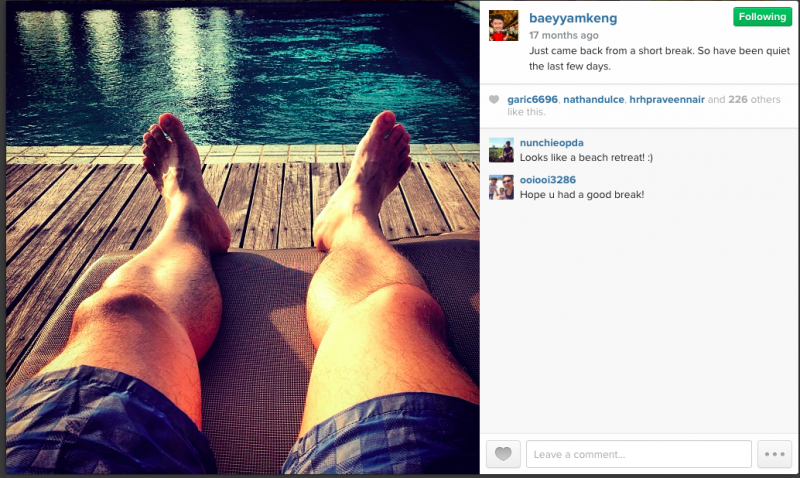 Although the captions are a tribute, the picture is creepy. The dark, vacant eyes that stare out into an unknown corner, and the ancient lantern… 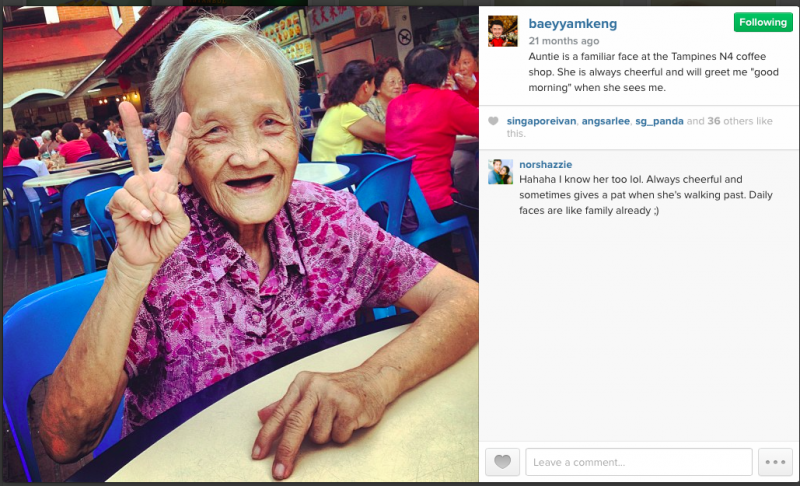 We see his charms extend all the way to the old too. 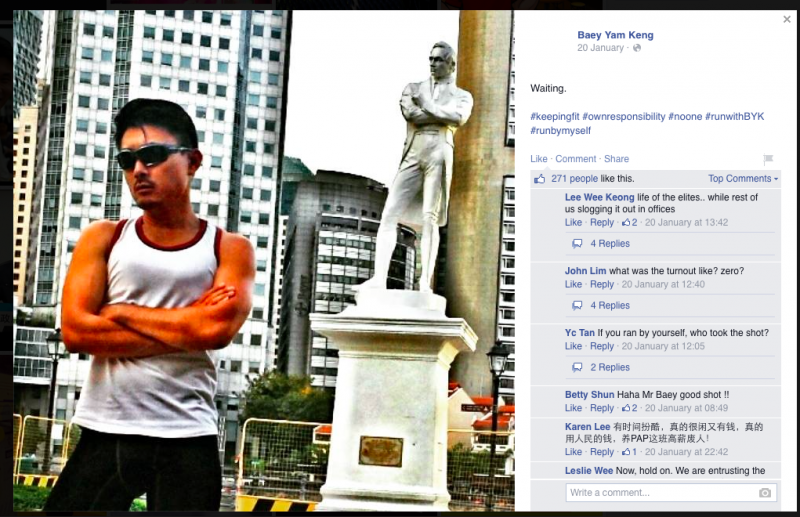 No self-respecting Singaporean doesn’t have one of these Sir Stamford Raffles photos. Baey’s got the mysterious, cryptic, one-word caption right, along with really weird hashtags. #runwithBYK #runbymself 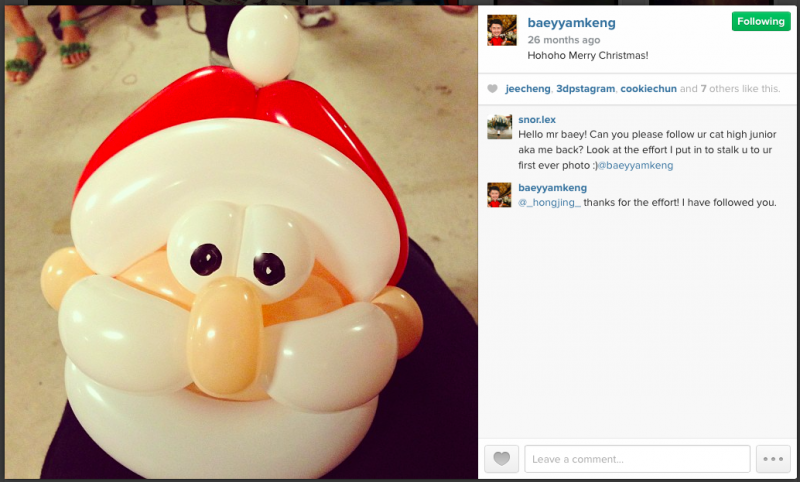 We scrolled through one thousand over posts to finally arrive at his very first picture. Compared to the hundreds he now gets for his pictures, he used to get only ten!