Must Share News – Independent News For Singaporeans
Home Inspiration Can’t Find A Job? This Media-Shy Restaurant Boss Will Give You One 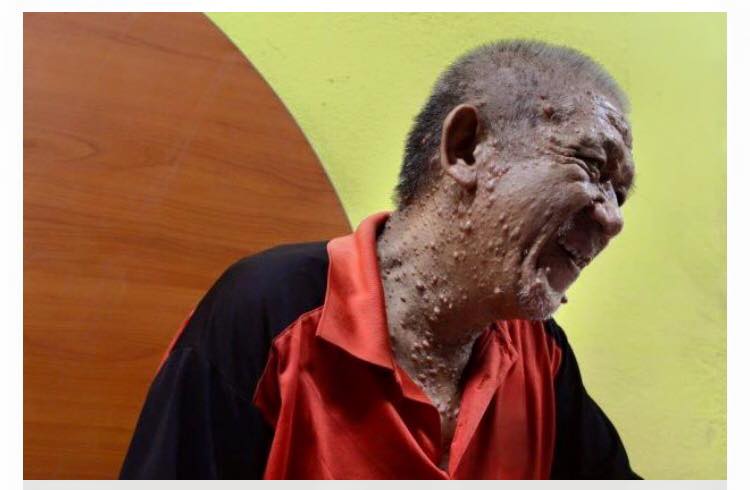 Lu Weiqiang had 11 years of culinary experience, but had trouble securing employment due to his weight of 156 kg. The numerous job interviews he went through all amounted to nothing, eventually leading to a fear of not being able to fit inside a kitchen.

Cao Huomei spent her days sitting idly at a hawker centre all day long. At 81, she is no spring chicken. She was fitted with a pacemaker and had to undergo leg surgery.

Problem? Not for their boss.

The two employees though are grateful to their boss for finding a solution for all their troubles.

Mr Luo’s concerns of blocking the way in the kitchen were addressed when his boss shifted the cabinets to give him ample space to move about.

Mdm Cuo never had a problem when she asked for time off work as her boss always agreed to her requests of visiting the doctor. She admitted that her boss had no qualms about slower employees, and discrimination is not in her employer’s make-up.

Their experiences came to light after MyPaper picked up the story. 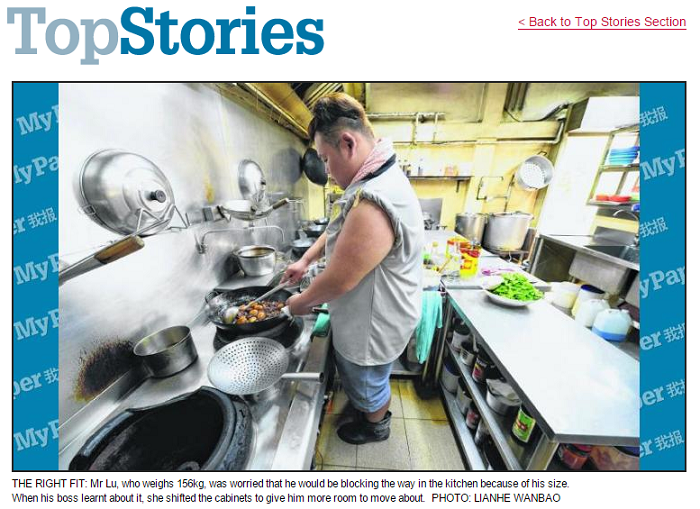 This isn’t the first time the media-shy boss is making headlines with such deeds.

Earlier in Nov 2015, a customer complained to her boss citing health concerns about an employee who is afflicted with neurofibromatosis— a condition which causes the growth of thousands of benign tumours on his body and face.

The complaint fell on deaf ears as her boss was quick to jump to the defence of this employee.

Seems like “the customer is always right” does not apply here.

That incident was reported and even had Minister for Social and Family Development, Tan Chuan-Jin sharing it on his Facebook page.

When interviewed, the female employer of Mr Lu and Mdm Cao declined to be named.

Such is her modesty that she sets an example for all the other employers in Singapore. Her ability to empathise with the situation of her employees is a quality that bosses in our nation can adopt.

Moreover, adopting that quality will ultimately lead to a happier and vibrant working environment.

With reference from My Paper
Featured image via Facebook