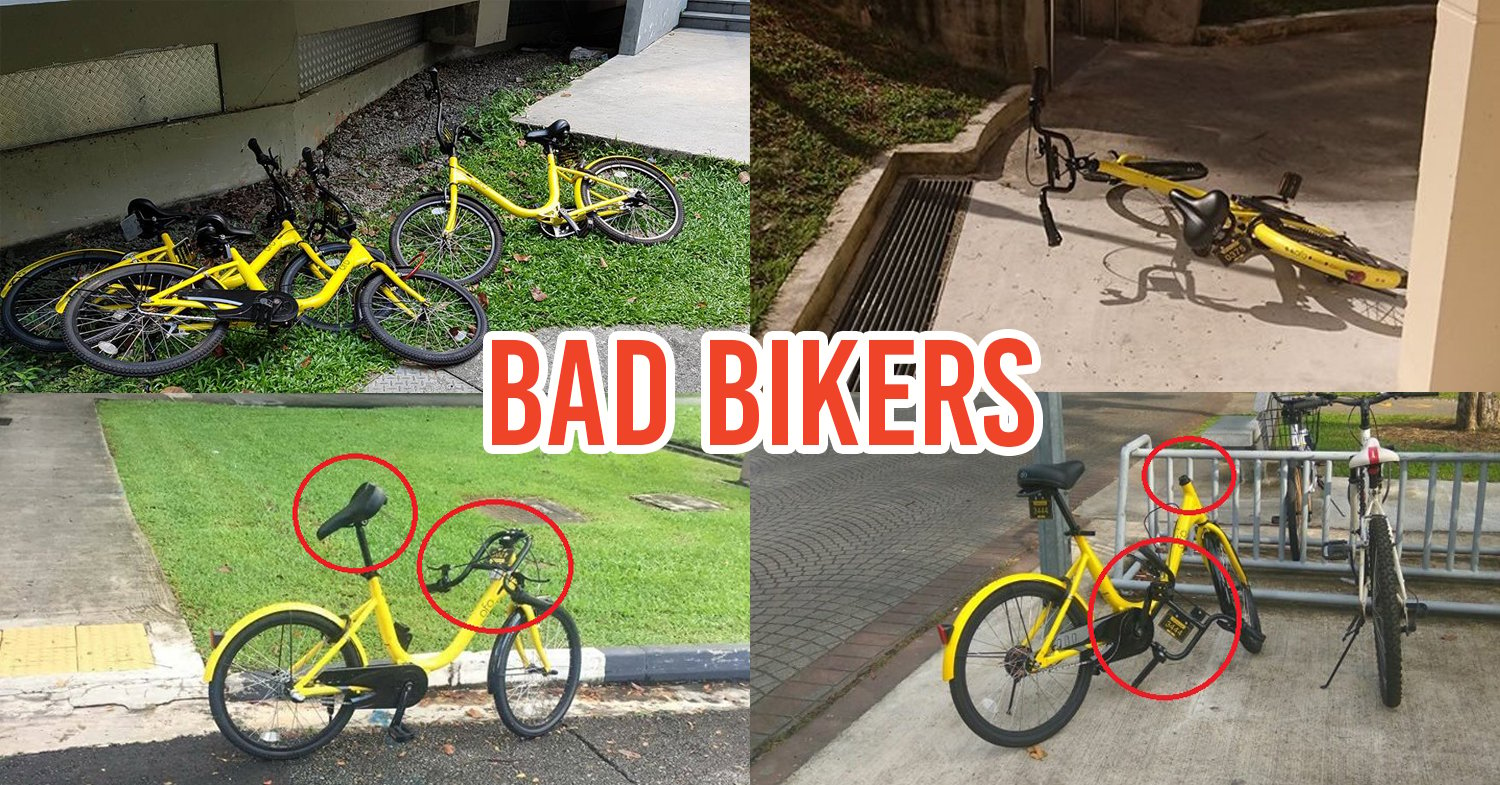 When a bicycle sharing system was first rolled out in January, Singaporeans were intrigued by the novel idea. Who wouldn’t prefer a quick bicycle ride so get away from the sweltering Singapore heat faster?

To make things sweeter, the bicycles were easily accessible — users can pick up and drop off the bicycles at places like MRT stations, neighbourhoods and the downtown area. 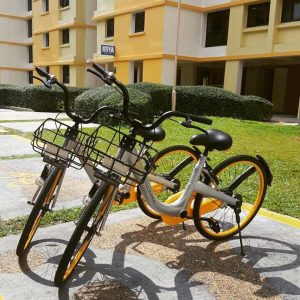 Currently, there are 3 bike-sharing platforms operating in Singapore: oBike, ofo and Mobike.

To rent from oBike, for example, all one has to do is find a bike, scan a QR code to rent it and ride to your heart’s content. It sounds simple enough.

Well, that is if the bikes you find are in working condition.

Barely 3 months into the new scheme and countless cases of bicycle abuse have surfaced online.

From broken pedals to missing number plates, ugly behaviour is coming out in full force to show us this is why we can’t have anything nice.

At what looks like the foot of a HDB block, a youngster was filmed picking up and throwing an ofo bicycle onto the ground before uttering a swear word. He then proceeded to step on the bicycle a few times for good measure.

dude wtf is wrong with you people? not my vid lmao pic.twitter.com/hxtDvo2fsk

We don’t know who in their right mind would do something like that. Maybe he just wanted to show off how strong he is. Wow look, I can lift a bike! 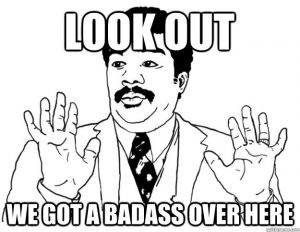 The sad truth is that he only revealed himself to be an muscle-headed idiot with more brawn than brains.

It’s painstakingly obvious that some just don’t spare a thought for other bike renters nor know how to treat things with care.

Just take a look at these bicycles that were left in wretched condition by irresponsible users. 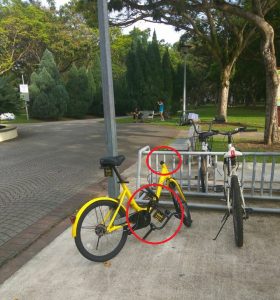 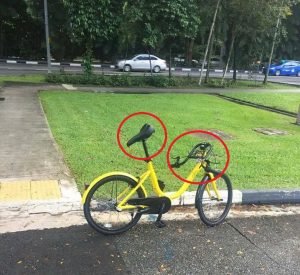 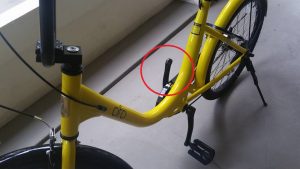 We can’t figure out how anyone could ride their bicycles until like that. Did they ride them up Mount Kinabalu?

Each ofo bicycle comes with a 2 number plates necessary to rent the bicycle. Users will have to input the bicycle’s serial number onto the app, which would then give them a 4-digit code allowing them to unlock the bike. 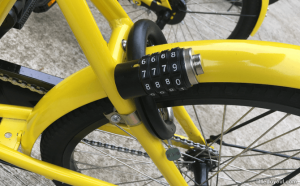 Unfortunately some spiteful Singaporeans thought it was a good idea to remove the number plates from these bicycles. Without the serial numbers, no one will be able to use these bikes.

Here’s one bike with no number plate that was spotted at Block 158A, Rivervale Crescent in Sengkang. 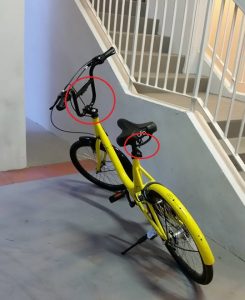 While this group of people didn’t thrash the bicycles, they were equally selfish by locking and chaining them up to prevent others from using them.

Three bicycles were spotted binded to each other and left lying on a grass patch, near an open public car park behind 313 Somerset. 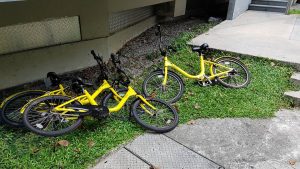 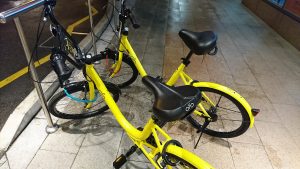 Isn’t it ironic how these thieves are afraid their stolen bikes would be taken by others?

Other self-centred individuals just chucked their bicycles aside after using them.

Here’s one at Yishun Street 22. 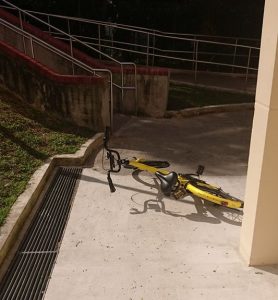 And another two at Sembawang Avenue 10. 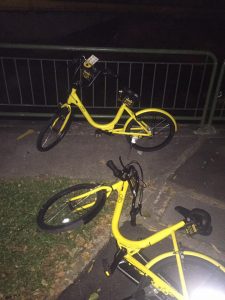 This is just nasty. Someone just threw their bike into the canal at Yishun Avenue 4, reported Stomp, ensuring that the bike is not only unusable, but polluting the environment as well. 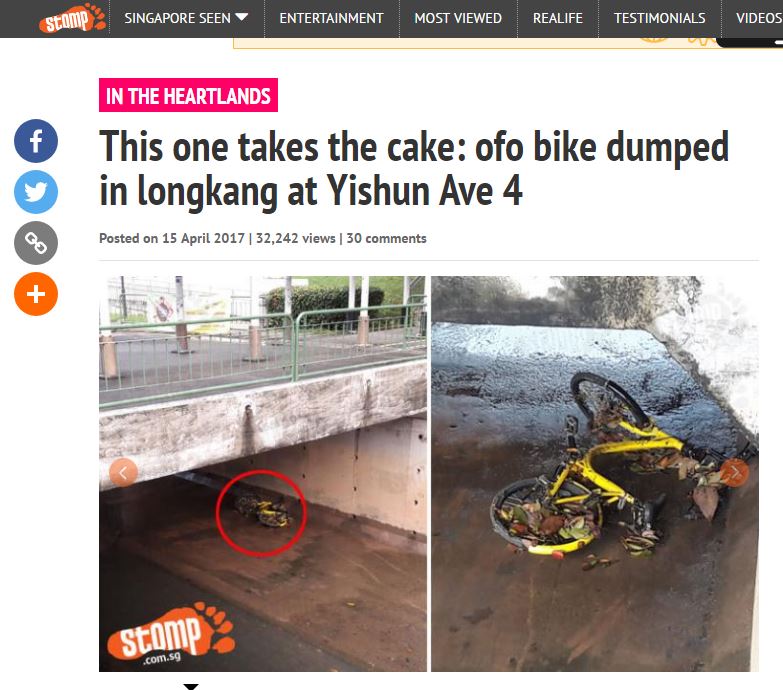 Perhaps the person who rode this bike didn’t like the bright yellow colour.

Or maybe he didn’t wanted to pretend that this bike wasn’t a rented bike, but his own.

Either way, he shouldn’t have painted it white.

According to Stomp, this seemingly white bike was found at Toa Payoh Lorong 6. Lastly, let’s not forget the selfish person who didn’t abuse the bike itself, but just tried to hide it away from everyone else.

By leaving this bike on the 3rd floor of an HDB floor, away from where the bikes for rent are usually placed, this person probably thought that he could “reserve” the bike all for himself. 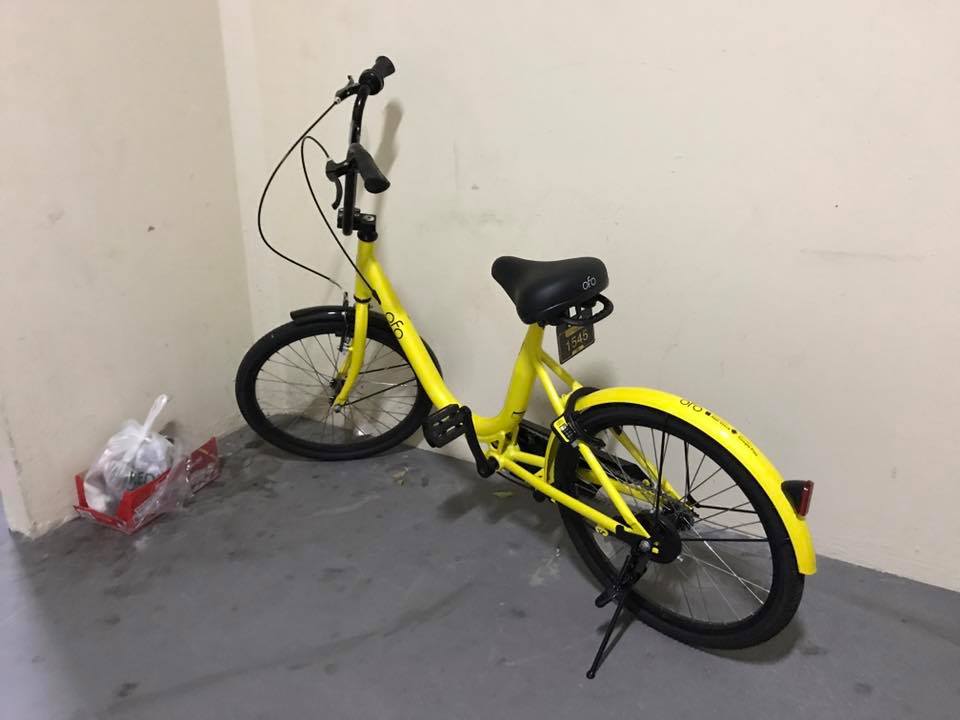 Reported To The Police

The excessive cases of bicycle abuse are just appalling and the bicycle-sharing companies aren’t taking these acts of misuse lying down. 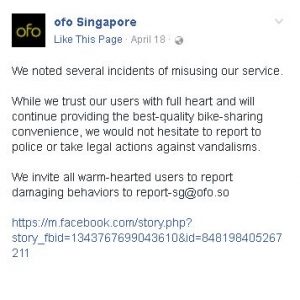 In response to the aforementioned case whereby a youth was filmed throwing and stepping on a rented bicycle, ofo Singapore has reported the incident to the police.

However, the poor quality of the video might be make it difficult to track the delinquent down.

After listing out these examples of bad bikers, we won’t blame you for feeling kinda depressed about how Singaporeans are.

So we’ll end off with a positive story — this netizen posted on her Twitter account that she actually brought home a rental bike so her father could repair it!

instead of just leaving it aside, ruined, brought this bike home & asked my dad to repair! 👌🏼 pic.twitter.com/2BUyj6JqpL

Such ugly behaviour from Singaporeans is simply disgraceful. We may be living in a first-world country but our conduct reflects anything but that.

The bike-sharing scheme promised so much, but just proved to be a lesson that Singaporeans aren’t trustworthy. What a shame. 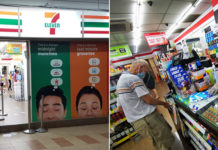 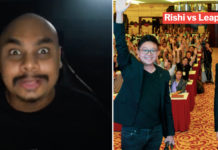 ‘Sleeping’ Uncle Allegedly Leaned Too Close To Lady In MRT, Man Asks Him To Move Away