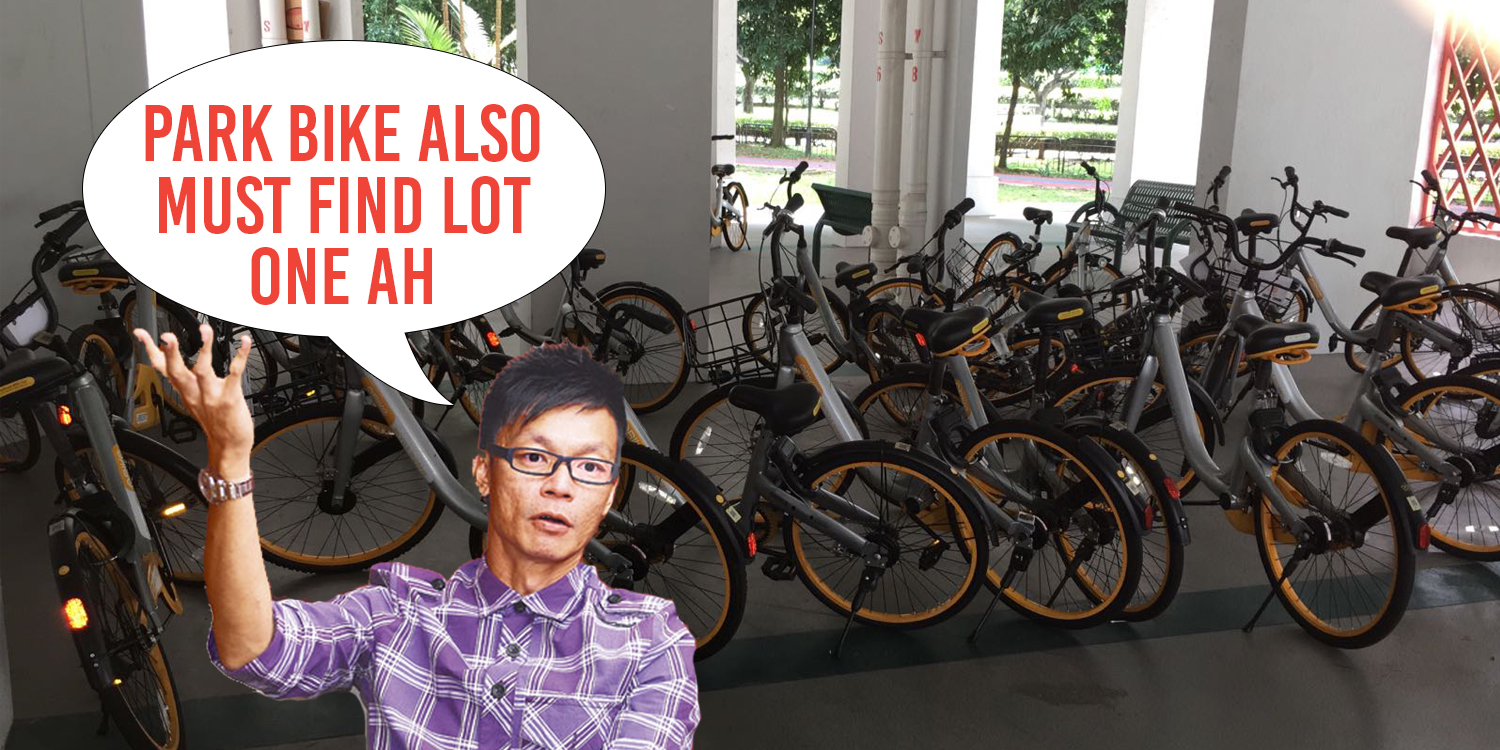 LTA To Introduce New Rule To Curb Indiscriminate Bike Parking, But Can It Really Solve The Problem?

The rise of bike sharing in Singapore has provided commuters with a more convenient and affordable means of travel. However, it is not uncommon to hear some describe it as a “monster-revealing mirror”, that exposes the true nature of Singaporeans.

From bicycle tossing to stealing of parts, these shared bikes have had a tough life. Just take a look at these cases of bike abuse.

Furthermore, as the bikes aren’t required to be returned to fix docking stations, many have been strewn across pavements and void decks. So you end up with cycle-paths (haha geddit) that do ridiculous things like these. 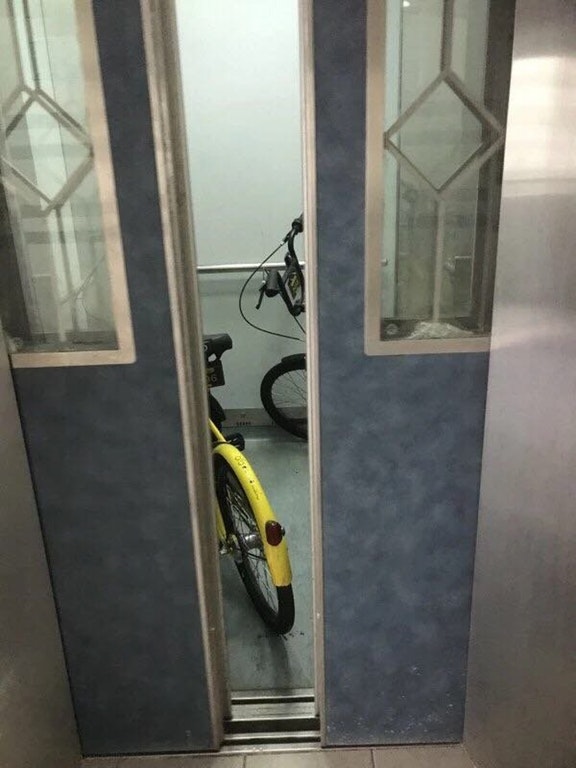 Initially, these illegally parked bikes were impounded by the Land Transport Authority (LTA), only to be returned back to their respective companies for $100 per bicycle.

Naturally, this only led to some questioning why the companies themselves were being penalised for the behaviour of their customers.

Which is why Channel NewsAsia reported that Singapore’s three major bike-sharing companies Ofo, oBike and MoBike had a proposed agreement with the LTA and various town councils which mainly involve an app for reporting and utilizing geo-fencing technology.

In a nutshell, geo-fencing is the use of GPS to create a virtual area where software can trigger a response when a mobile device enters or leaves the premise. This technology is used in apps like 4Square to engage users with location based products, services or information.

In this case, users will have to park their bikes within designated areas with devices known as “geostations” or be charged for improper parking. Each device has a radius ranging from 5m to 25m. 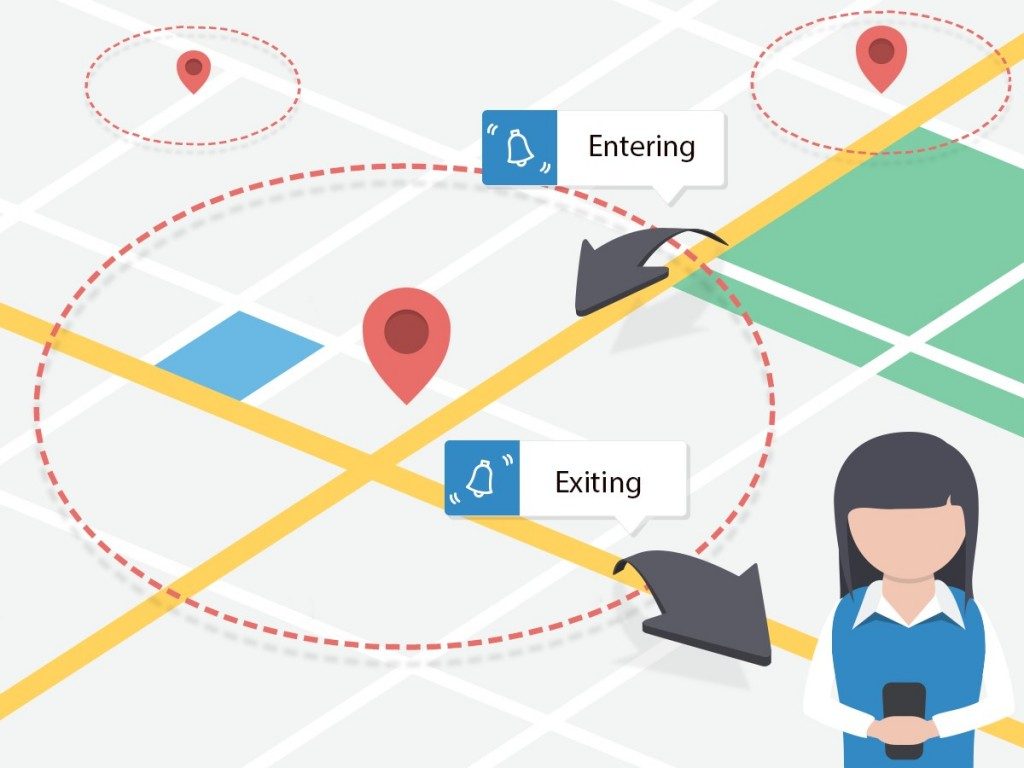 Parking bikes outside these zones will result in an alarm, as well as receiving a notification to move the bike into the zone or be penalised. This means the geostations effectively dictate the size and locations of the parking lots.

Watch as this bike is parked away from a geostation:

Currently only SG Bike, a fourth bike-sharing firm in Singapore utilizes this technology. Their service is only limited to towns in Holland-Bukit Panjang at the moment before it expands to Sembawang and Nee Soon in a few weeks.

If this sounds familiar to you, it’s because something similar had already been implemented previously. In March 2017, it was reported by Channel NewsAsia that the LTA had provided bicycle parking zones marked by a box with bright yellow lines. These zones were first implemented near MRT stations at Punggol, Houngang Paya Lebar, Khatib, Sembawang, Pioneer, and Lakeside.

However, this solution was for naught, as there weren’t many benefits or repercussions for users to do so. They could simply choose not to park their bikes in the designated areas without much consequences. Some also felt they were simply a waste of space that would only get messy.

Perhaps a better solution could be to prevent the lock mechanisms on the bikes from functioning if they’re parked at the wrong places. That way, the duration of the ride continues and the commuter is pressured to ensure that the charges aren’t running. Hence, the rider is required to find a designated spot.

However, this would only create additional problems as you will see below.

The problems with geo-fencing

In order for geo-fencing to be successful, geostations have to be plentiful as the bikes have to be within reach of commuters for easy access.

The first problem it will encounter is the lack of space for parking within yellow boxes.

Currently, this isn’t an issue as only SG Bike is making use of the technology. However, once the three major companies begin doing so, it would mean that all four brands will be sharing the designated spots. Given Singapore’s spatial limitations, the overcrowding of bikes will prove to be an eyesore and an even greater obstruction to the public once they spill out. 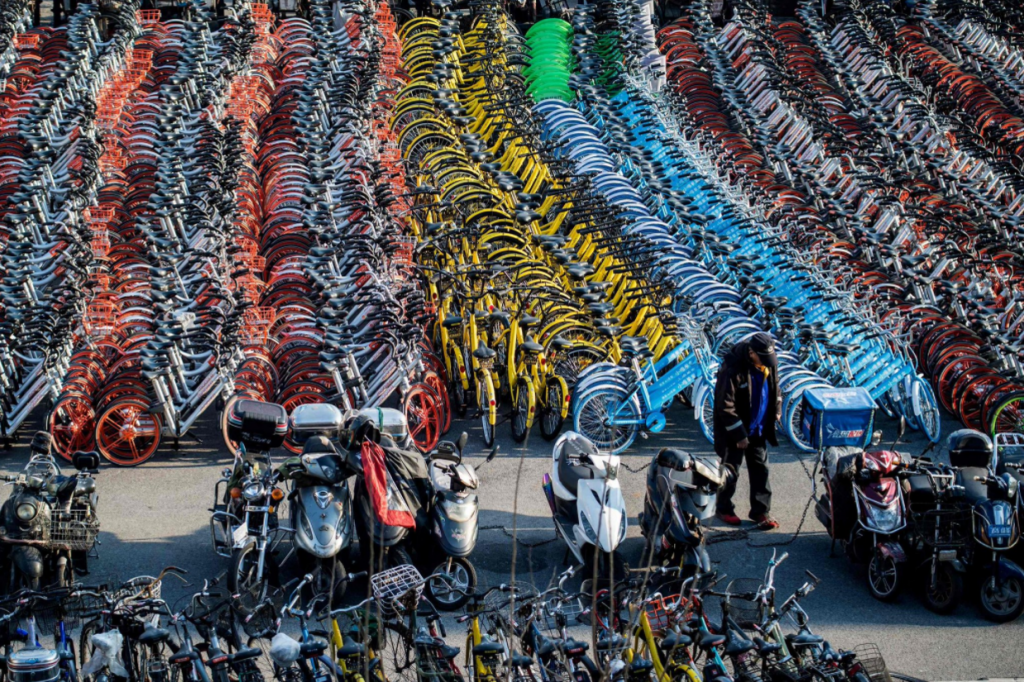 Furthermore, those looking to park their bikes may find that they’ve been pushed outside of the geostation radius because of overcrowding, resulting in a fine if they’re unable to find an alternative within the time limit.

Additionally, introducing geo-fencing may result in the clustering of bikes in areas where they’re not needed.

For example, the bikes may be clustered at MRT stations during the morning rush hour, leaving those at residential areas without access to them. The bicycle companies would have to closely collaborate with malls and town councils to ensure that there are adequate parking areas for cyclists especially at neighbourhood estates.

Lastly, as this user explains, introducing geostations and designated parking spots would defeat the entire purpose of bike sharing.

Should a rider utilise the bikes for only a short distance (which is basically the point of these bike-sharing services anyway), there might not be a geostation within range which would result in having to spend additional time searching instead.

This might end up deterring future commuters from entirely using bike sharing once geo-fencing is implemented.

Also, as this user has pointed out, who’s to stop pranksters from removing the bikes from the zones once they’ve already been parked.

Hence, in order for geo-fencing to be successful, geostations have to be located plentifully even in inconvenient locations to allow its original purpose: to provide commuters with a convenient means of travelling.

With dockless bike sharing, there will always be the vicious cycle of those wishing to park in places which doesn’t have proper facilities or allotted spaces to do so.

Will the introduction of geo-fencing and monetary penalties prove to be effective as the solution to indiscriminate parking? Or will Singapore simply continue to be labelled as a fine city?