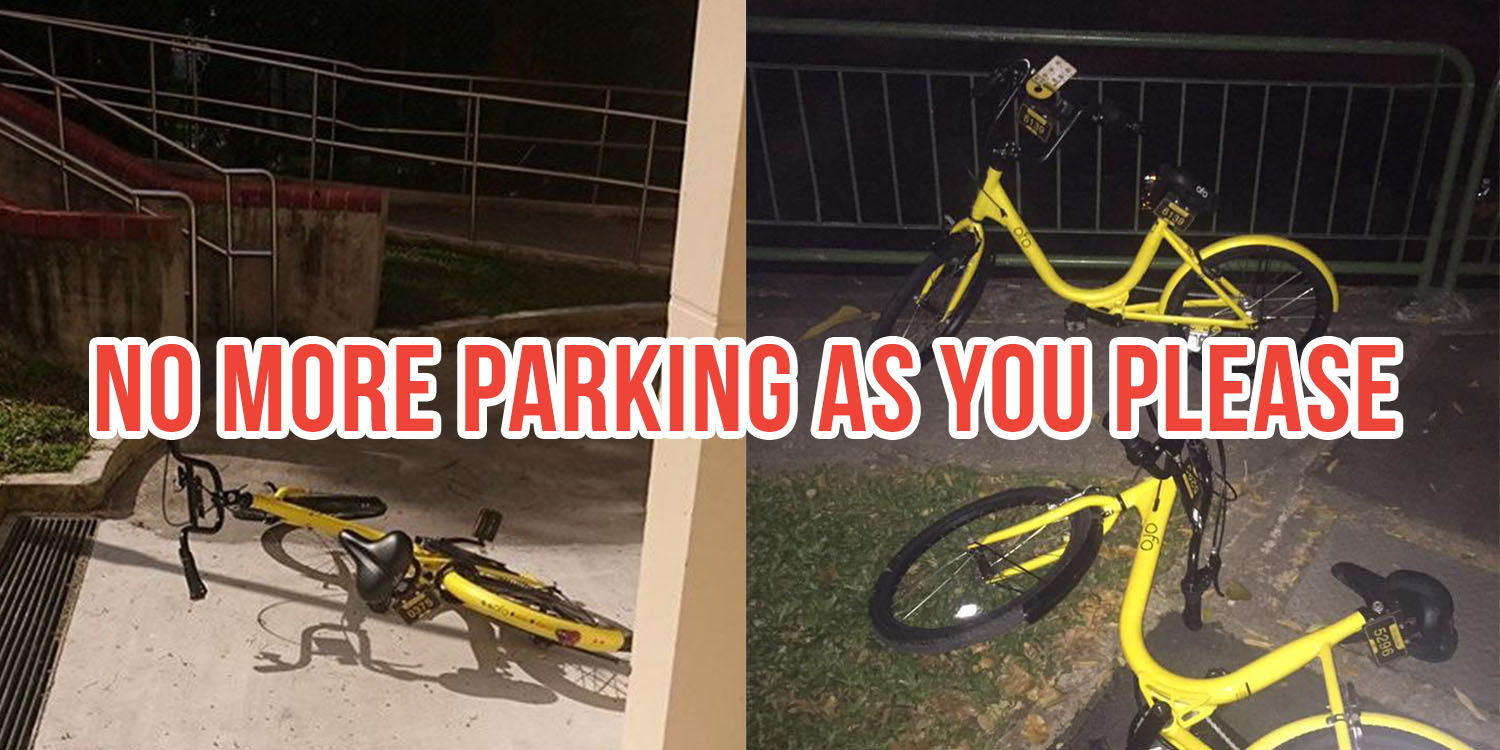 Calling all Obike, Mobike, Ofobike, SgBike users: What do you do after reaching your destination?

Dismount the bike, park it, then lock it and leave.

But wait! By end 2018, you can’t just park anywhere you like. There are going to be officially designated parking spots soon.

And you’d have to scan a QR code to prove you’ve parked the bike properly.

I got new rules, I count ’em

After a year of talks about regulating indiscriminate parking, the Land Transport Authority (LTA) announced this new regulation on Monday (5 March).

The parking lots, set to come into action in the second half of 2018, will be demarcated by geo-satellite mapping and have each location marked by a unique QR code.

Before users part with their locked up bikes, they would have to scan a QR code at the parking location as proof they have returned their bikes to designated locations.

According to the LTA, those who fail to do so could be charged continuously by the operator.

Repeated, unrepentant offenders would be banned for a limited period. However, it’s not clear yet how the LTA plans to orchestrate this collective ban.

Basically, LTA’s saying that users who insist on flouting the rules will run the risk of never being able to rent a bike again.

Where to park then?

The exact locations of these parking spots have not been announced, so where could these bike parking lots be located?

In Taiwan, the bike-sharing service Übike requires users to return the bikes to kiosks too.

This map shows where the kiosks are typically located. 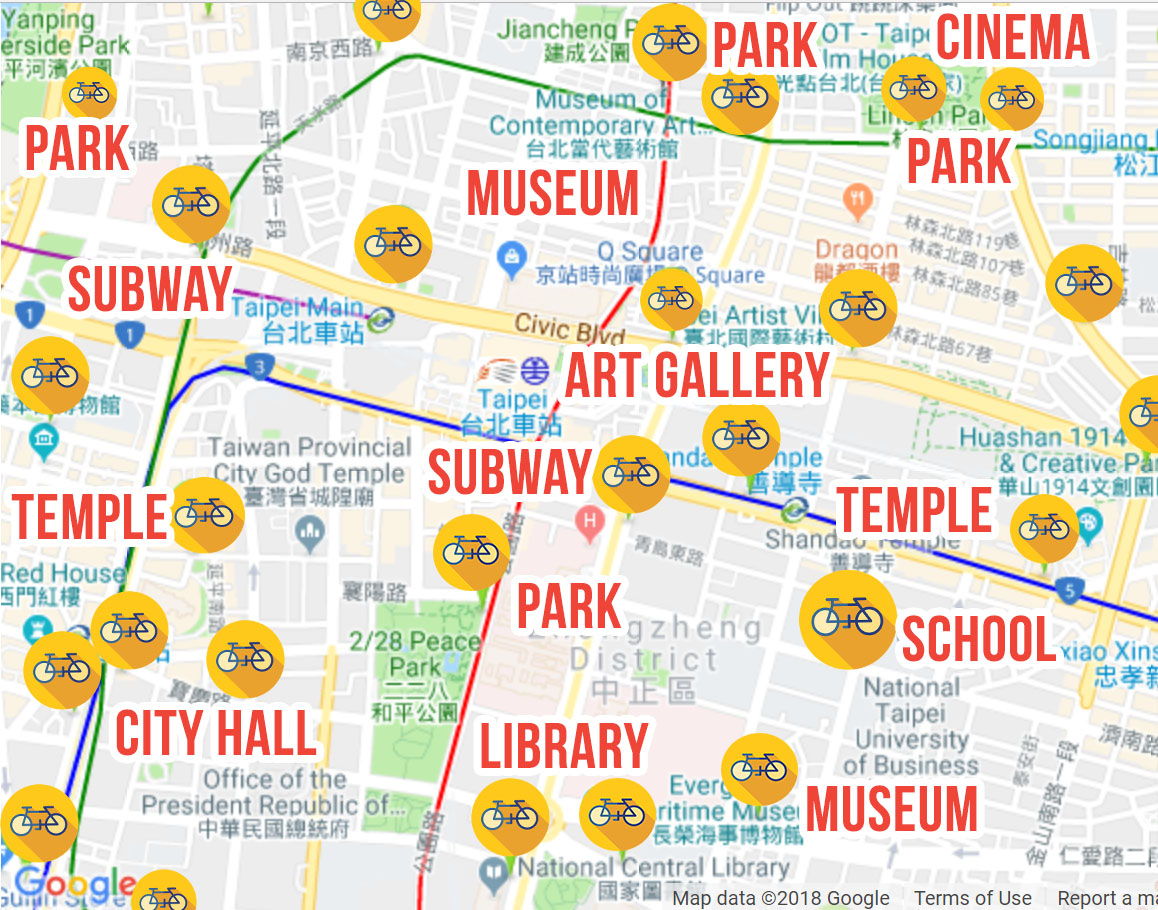 We’ve observed that parking spots in Taiwan are typically located in regions with either heavy footfall or are near various public landmarks.

Possible locations around Singapore where we can expect to find bike-parking lots:

So those living nearby have nothing to worry about.

It wouldn’t make sense to have these parking locations near the MRT stations or bus stops, since riders need it to bridge the last lap between station and home.

But those who work in more remote industrial parks or live in further-flung areas would have trouble finding officially-demarcated parking.

Defeats the purpose of dock-less bike-sharing

Bikes are convenient in helping us get to places that take too long by foot and aren’t serviced by public transportation lines.

If we have to dock the bike elsewhere and complete the journey on foot, that kinda defeats the purpose of a bike.

Only now do I realize the perks of being able to park the bike anywhere I like.

Cue the silently weeping for our lost rights
Source

In a considerate fashion of course.

Netizens have taken to the comments section of Channel NewsAsia’s Facebook page to express their dissatisfaction on the new bike regulations.

Some felt that this problem of indiscriminate parking should be dealt with by the operators, not the government.

Not only that, but these resources and funds should be allocated to other more urgent needs like senior citizens and the disabled.

Some cheeky ones also thought of hacking the system by keeping a handy copy of the QR code.

This person deserves points for creativity. But please, do not try that.

Does it wheelie have to be this way?

We can only hope that these designated parking lots are right wherever we need them to be.

Admittedly, rampant irresponsible parking of shared bikes is a big problem in Singapore.

LTA, can give us one last chance? We promise to park the bikes neatly.