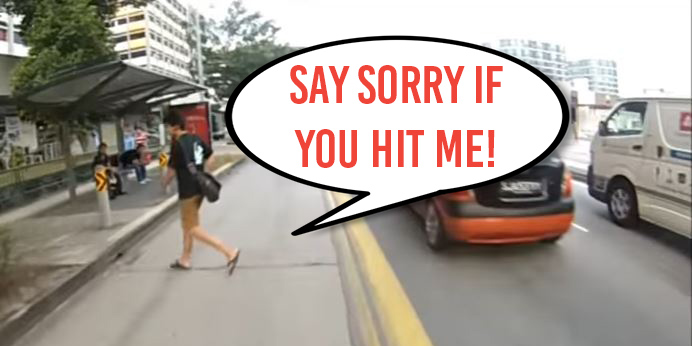 Driver “Didn’t Apologise” When He Knocked Down Jaywalker

Every Singaporean who relies primarily on public transport knows the feeling of seeing your bus pull up at the bus stop — but across the street.

A 13-year-old identified just as “Ravi”, who saw his ride home pull up across the street, decided to “walk briskly” across a road junction to catch it. Unfortunately, he didn’t make it, as he was ran over by a car and broke his ankle.

Is the car driver at fault? What if you also know that Ravi had crossed the road when the “red man” sign for pedestrians was on? 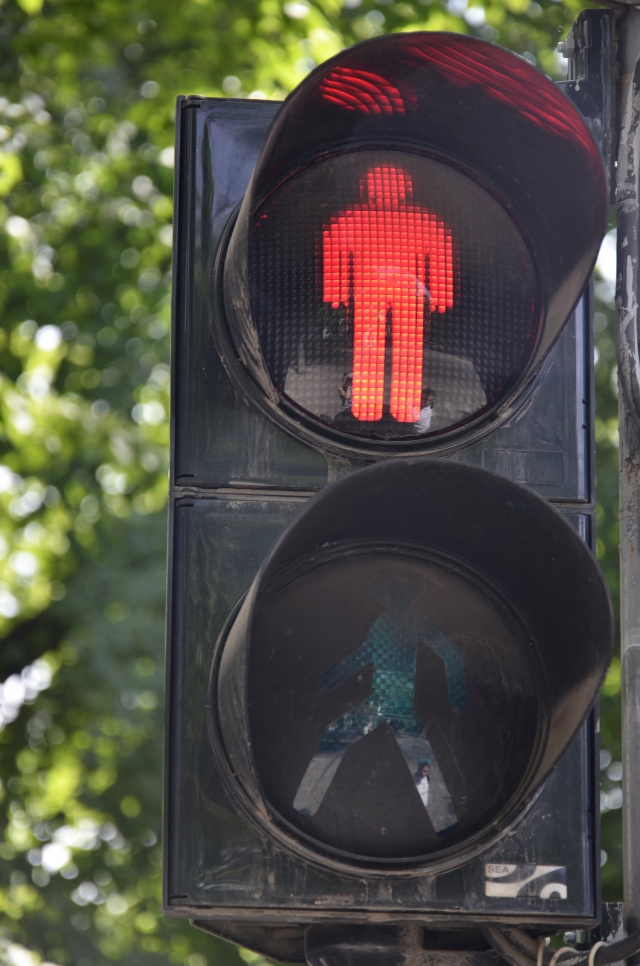 In an interview with The New Paper, Ravi’s mother Rajinde Kaur sounded angry over the accident. This is what she said:

Kids are expected to make mistakes. What makes me so mad is that the driver did not apologise and not once did he come to visit at the hospital.

Yep, you read that right. She wants the driver to apologise to her son. This is despite her admitting that her son had jaywalked, and that he had made a mistake.

Well, yeah. Kids make mistakes. But are they supposed to be rewarded with an apology when they make them?

We aren’t sure what makes her think her son is entitled to an apology for his mistake. Oh wait, that’s the answer right there. Entitled.

Madam Kaur even complained to her member of parliament Khaw Boon Wan about the issue during a Meet-the-People session in February. Like Mr Khaw is supposed to make the driver apologise to her son. Last time we checked, Mr Khaw wasn’t a pre-school teacher tasked to mediate between squabbling toddlers.

We’ve heard people complain that Singapore is a nanny state, but this is ridiculous. 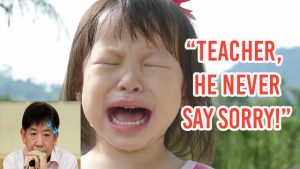 Mdm Kaur also said that she didn’t scold her son for jaywalking, but told him to take this as a learning lesson.

Given that the boy was jaywalking, it seems a little ridiculous to blame the accident on the driver.

Well, at least that’s what many netizens felt. Most netizens took Mdm Kaur to task for not educating her son about the serious issue of road safety.

When the matter was raised to Singapore Road Safety Council chairman Bernard Tay, he commented that everyone has a role to play in road safety.

Yes, everybody including kids who make mistakes.

The New Paper reporter that no action will be taken against the boy or the driver over this accident.

In ensuring road safety, both the driver and the pedestrians have an equal part to play in preventing accidents. Motorists should always keep an eye out for pedestrians when driving, especially near bus stops and traffic lights.

But parents should also educate their kids about road safety and constantly emphasise the importance of staying safe.

And most importantly, let your kids take responsibility for their own mistakes, if not they will never learn.