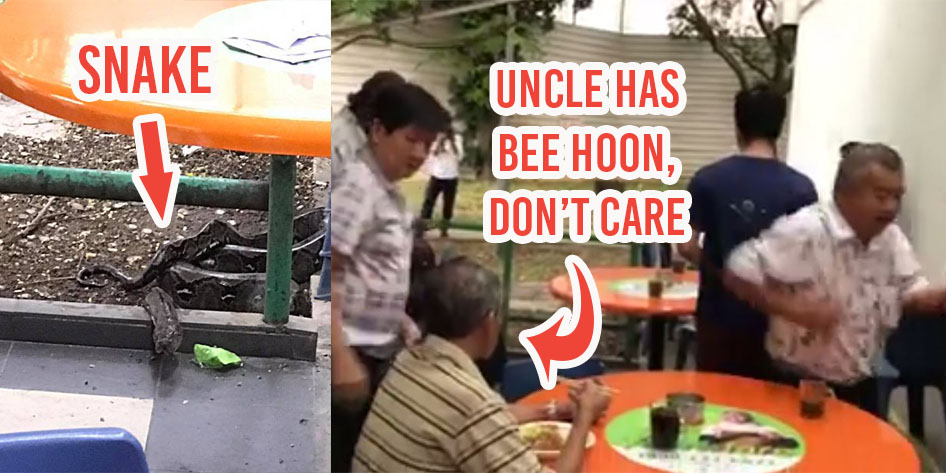 Imagine you are enjoying a lazy Monday morning at the neighbourhood kopi tiam, eating your favourite bee hoon with a refreshing cup of coffee when you spot a snake just a few metres away. 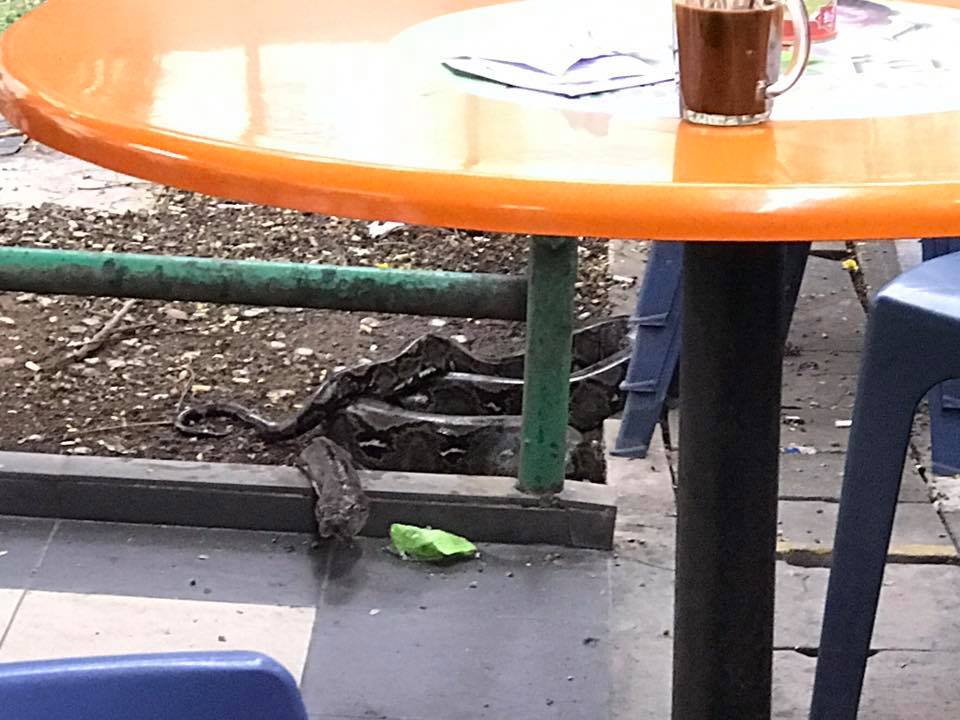 For the most of us, that would signal the end of a peaceful morning. Not for this uncle though. 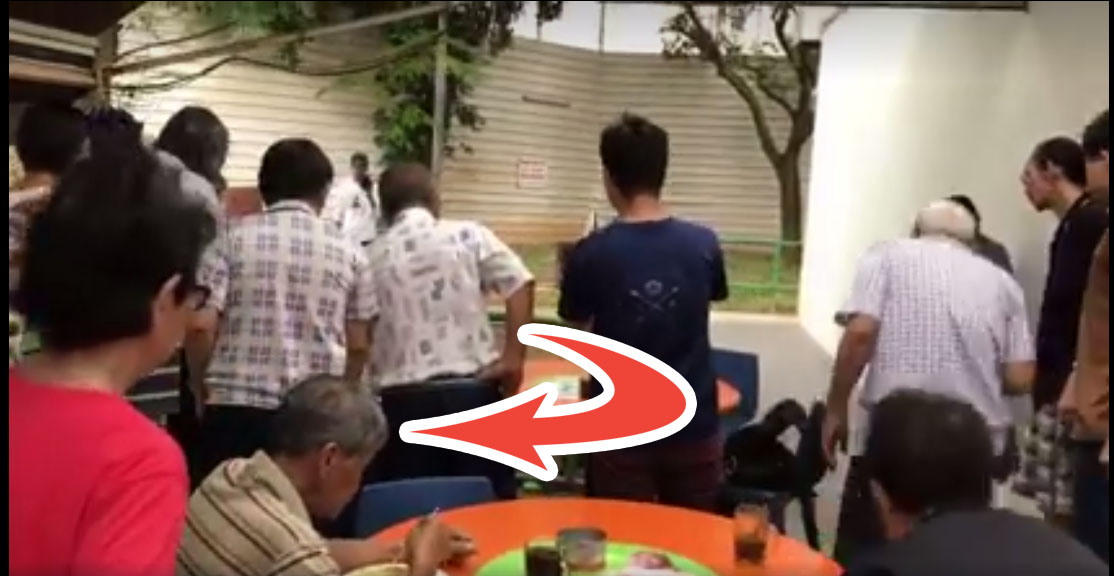 With a snake only a table away, this OG (slang for original gangster) badass uncle just continued to enjoy his meal, without a care in the world.

When many people were enjoying their Sunday morning breakfast (June 4), they were joined by an unexpected visitor —  a python.

A netizen documented the peculiar incident, in a Facebook post on the Nature Society’s page, and showed that things got pretty intense.

The python, probably drawn to the scent of the food, attempted head for the kopi tiam.

We see can nervous people standing up and scooting away as the snake advanced.

An onlooker promptly tried to smash a plastic chair on it, but fled when the snake appeared to pounce.

And all the time, the fearless uncle continued eating his bee hoon.

The netizen who posted the video, Jeff Cym, revealed later that the National Environment Agency was contacted and the snake had been handled with appropriately.

Luckily, the python was not lethal or poisonous, or else this situation might have gotten a lot uglier.

Many netizens seemed to be amused at the badass uncle.

No matter the circumstance, this uncle definitely deserves a thumbs up for his fearlessness.

Either that, or he just really really loved his bee hoon and kopi.