Must Share News – Independent News For Singaporeans
Home News SMRT And Khaw Boon Wan Have No Idea What To Do With... 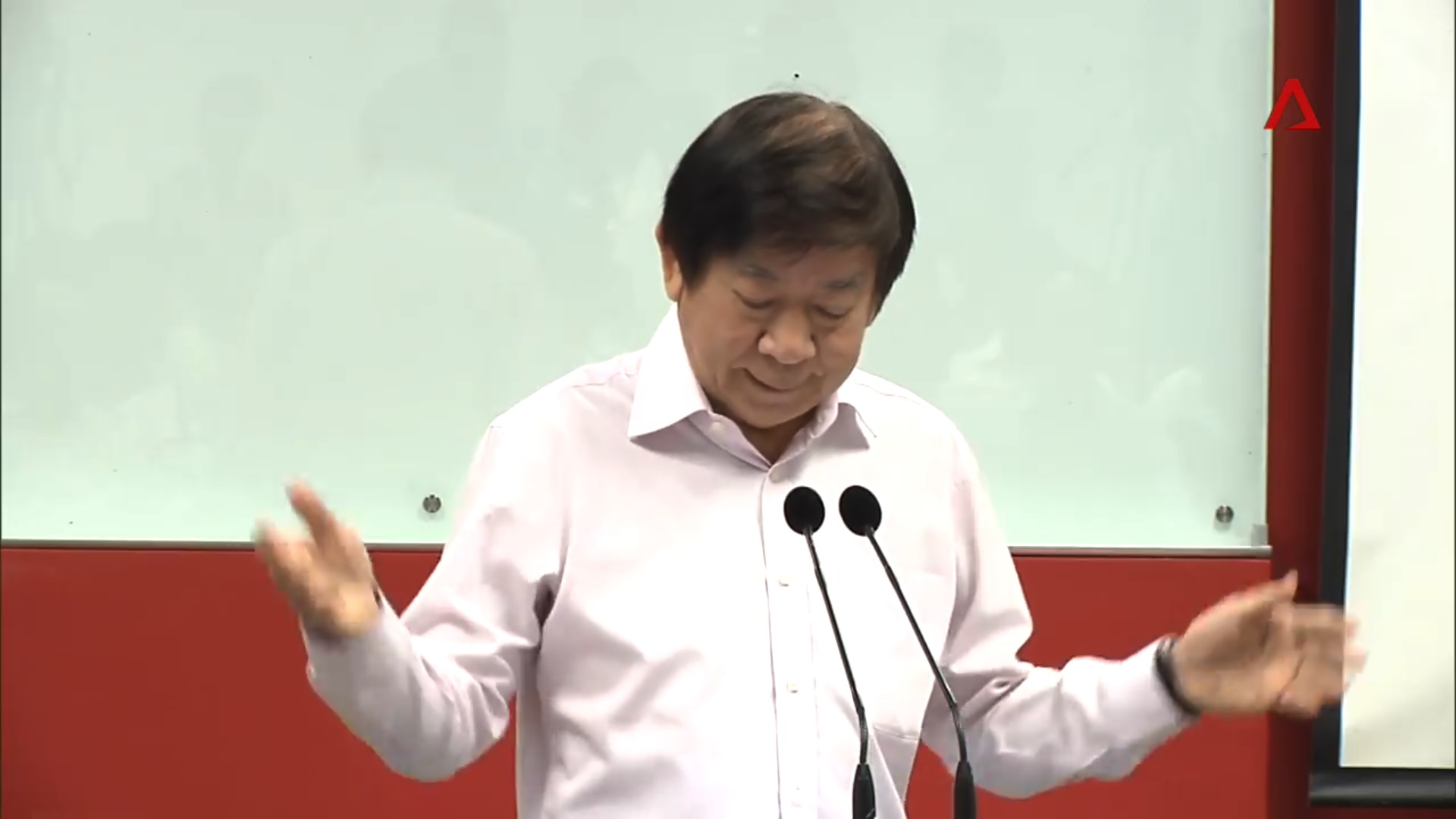 Transport Minister Is Thinking About A Shutdown For Bukit Panjang LRT

Transport Minister Khaw Boon Wan is a very stressed man these days. With trains breaking down almost every week, he finally stepped out of his office and offered his apologies at a press conference after the 7 Oct Flooding at Bishan MRT Station. It was on the same day (16 Oct) that he let slip that there are some plans for the equally unlucky Bukit Panjang LRT system.

Minister Khaw had previously said that the Bukit Panjang LRT system was built as an “afterthought” with much political pressure, which resulted in bumps and sharp turns which apparently caused him dizziness. The beleaguered line also had to contend with repeated breakdowns and faults in the last few years, due to the fact that it’s coming to the end of its 20-year-lifespan in 2019.

BPLRT could close for 3 years

Which is probably why Minister Khaw let slip that the Government is considering plans to close down the LRT line for 3 years as major upgrading work takes place. However, he did mention that he was “hard put” to make a decision, as closing down the LRT would mean denying Bukit Panjang three years of LRT service.

Such work is also likely to be expensive, with an entire overhaul and rebuilding of the system expected. On the other hand though, perhaps it would be best to go back to the drawing board and cut losses on a system that has to deal with unfavourable terrain.

However, this isn’t the first time that alternative plans for the Bukit Panjang LRT (BPLRT) have been brought up. In fact, talk of a system renewal started as early as March 2016.

In a blog post dated 1 Mar 2016, SMRT started alluding to the end of design life for BPLRT. It pointed out several problems with the system, such as the uneven terrain and existing structures that the line was forced to build around. According to SMRT, the system was originally designed as airport terminal shuttles, and there was only one other metro in the world that uses the same system.

SMRT also revealed that most delays were caused by either an aging signalling system or power-related issues.

Seven months later, SMRT Trains Managing Director Lee Ling Wee stepped up to release a statement after the BPRLT experienced an 8-hour disruption the week before. Once again, he emphasised that the system was reaching the end of its service life, and offered four options for its future.

Option 1: Keep the existing tracks, but replace the carriages to ones that are less susceptible to faults
Option 2: Rebuild the LRT system entirely, and take the existing problems into consideration for upgrades
Option 3: Upgrade the signalling system of the current train system
Option 4: Remove the LRT completely, and improve bus services to make up for its absence

However, the blog post did not say anything about how much each option would cost, or how long it would take to implement these measures.

Almost a year later, Transport Minister Khaw made headlines when he finally admitted that there were serious issues with BPLRT. The biggest? The entire system was built as an “afterthought”, due to political pressure.

He suggested that the Bukit Panjang was not a town built with a LRT system in mind, so engineers had to work with these limitations, which resulted in uncomfortable rides which left him dizzy. Mr Khaw also compared the BPLRT to a roller coaster, and said that the trains were designed in a “masochistic” manner.

At the Parliament session on 2 Oct, Second Transport Minister Ng Chee Meng answered several questions about the future of BPLRT. He said that a tender for the overhaul of the LRT would be called at the end of 2017, and the contract would be awarded in the first quarter of 2018.

He also said that LTA and SMRT are looking at lengthening maintenance hours to perform required checks and replacement works. Operation hours of the BPLRT would then have to be shortened.

What will happen to the Bukit Panjang LRT?

It looks like then-Communications Minister Mah Bow Tan had no idea that the LRT system would become such a headache 20 years later. Perhaps more surprisingly, more than a year after SMRT said that they were looking at LRT renewal plans, we are still nowhere near a concrete plan to deal with the line. At least we’ll find out it’s fate by the end of 2017.

S’pore Employer Slaps Helper With Phone Till She Bleeds, Faces Up To 12 Years’ Jail