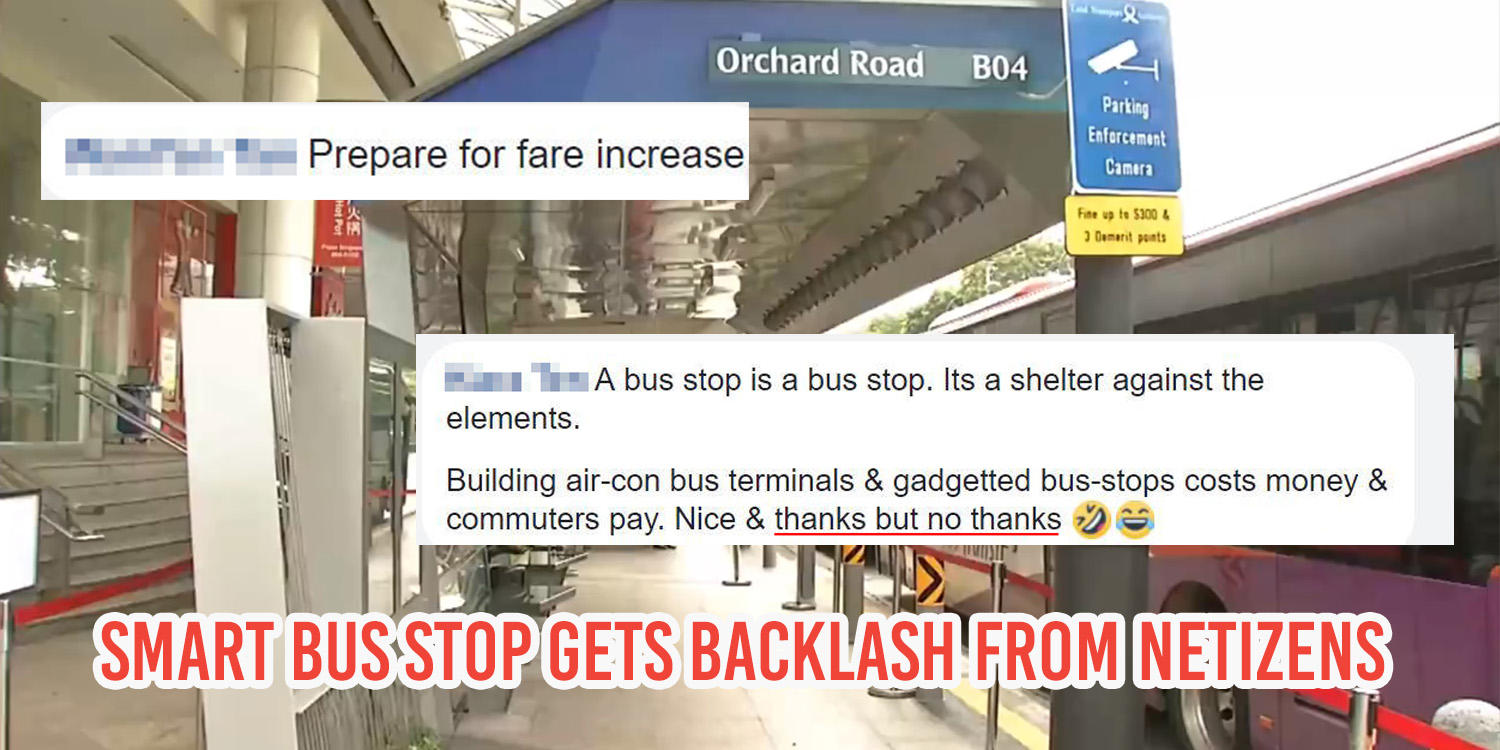 According to Channel NewsAsia, this “smart bus stop” will help Singaporeans get some respite from the heat, if nothing else.

It’s called the Airbitat Oasis Smart, and it’ll be at the bus stop outside Plaza Singapura for a trial period of a year.

With Singapore’s round-the-clock weather getting commuters hot and flustered, you might think that this measure would be welcomed.

Various netizens’ comments on Facebook will have you believe that no one’s asked for this.

The Airbitat boasts an overhead air nozzles that will deliver cool air at temperatures as low as 24°C.

There’s also a a filtration system that is said to filter up to 90% of harmful airborne particles.

Other items in it’s bag of tricks include:

Rather surprisingly – or expectedly – netizens have lambasted the move, calling it – among other things – a “waste of money” and “an excuse to raise transport fares”.

Thanks, but no thanks

One thing you can never accuse Singaporeans of is being financially illiterate.

Right off the bat, several ‘discerning’ netizens demonstrated their wokeness by slicing through the mist and getting to the core of the issue:

Apparently the Airbitat is Phase One of a “masterplan” to justify raising transport fares once again.

The news brought forth calls to keep our bus stops simple, amid fears of a reverse case of trickle-down economics.

Certain netizens simply see this as a waste of money.

It seems that the general consensus is that we would all rather brave the heat, lest the bear the consequences of “unnecessary” expenditure.

Even the location of Airbitat was brought into question.

Never mind the fact that the article mentioned that the heavy human traffic is the whole reason for the choice of locale. Who has time to read the article, anyway?

Not here for a long time?

Well, bear in mind that this is just a trial.

For all we know, the benefits might just outweigh the financial costs.

After the trial period of a year, the findings will be shared with the Land Transport Authority and other government agencies.

A similar initiative popped up in Jurong East two years ago. However, it seems to have vanished without any follow-up.

Will Airbitat meet a similar fate? Only time will tell.