Cabinet Changes With Effect From May 1

Looks like it’s time again for a reshuffling of the deck. The Prime Minister has made changes to his Cabinet again, among changes to other political appointments, as part of plans for leadership renewal.

This time round, the buzz is on those who got promoted and those who are stepping down from some of their roles.

So who’s getting a promotion, who will be part of the new-look Cabinet and what appointment changes are on the cards?

Here’s all you need to know about the impending changes to our government, which will come into effect on May 1.

For the first time in Singapore’s history, there’ll be more than one female full minister in the Cabinet.

Senior Minister of State Josephine Teo will be joining Culture, Community and Youth Minister Grace Fu as the second woman in the new 22-member Cabinet, reported The Straits Times, making her the third woman in Singapore’s history to be granted the status of full minister (Mrs Lim Hwee Hwa was the first). 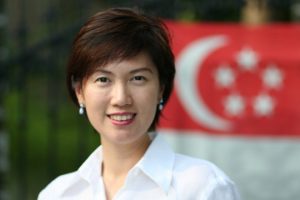 Currently, Mrs Teo is the Senior Minister of State for Foreign Affairs and Transport. After her promotion, she will be Minister in the Prime Minister’s Office and Second Minister for Manpower and Foreign Affairs.

She will continue working alongside Deputy Prime Minister Teo Chee Hean in overseeing population issues, although she will relinquish her portfolio in the Ministry of Transport.

However, her journey to the Cabinet wasn’t all smooth sailing. She has received her share of criticism from netizens for making some bizarre statements.

Believing that couples don’t require a flat first to have a child, she made a head-scratching comment claiming we “don’t need much space to have sex”. 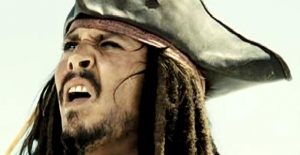 Her Facebook post that was titled “WILL MOTHER HENS BE LAYING MORE EGGS?” (emphasis hers) was a Year Of The Rooster attempt during the Chinese New Year to persuade Singaporeans to have more babies to counter the low fertility rates.

Read our story on how she ruffled feathers by calling Singapore women “mother hens”.

At 40 years of age, Mr Desmond Lee will be the youngest Cabinet minister. Just like Mrs Teo, Mr Lee will be appointed Minister in the Prime Minister’s Office (PMO).

He will handle both the Home Affairs and National Development ministries as Second Minister — the ministries he was originally helming as a Senior Minister of State. 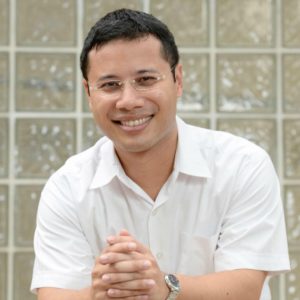 His political journey started in 2011, when he was elected to Parliament as a backbencher in Jurong GRC, reported The Straits Times.

Promotion To Senior Minister of State

4 ministers of states will be promoted to Senior Minister of State and remain serving in their respective ministries. 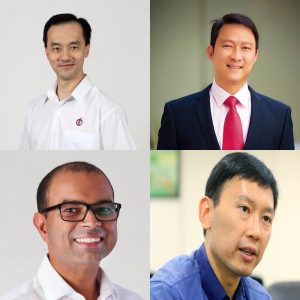 Dr Koh became an MP for the first time in 2015, when he was elected in Ang Moh Kio GRC during the 2015 General Election. Before that, his first attempt to become an MP failed when he lost to the Workers’ Party’s Ms Lee Li Lian in the 2013 Punggol East by-election.

Apart from being a politician, he’s also a qualified colorectal surgeon.

However, although he’s not one to shy away from social media, his public relations skills leave much to be desired, as he was called a “wayang king” by netizens in a publicity attempt turned social media catastrophe.

Dr Koh gave himself a pat on the back for helping an elderly woman carry her load after she had fallen. The whole fiasco just screamed wayang, and he made it worse when he tried to offer an explanation that backfired badly.

Read our story on the 20 best Koh Poh Koon comments.

But let’s give him credit where he’s due; he also swiftly attended to an elderly man who collapsed at a hawker centre and performed cardiopulmonary resuscitation (CPR) on him. Sadly, the elderly man passed away in hospital a few hours later.

Just like Dr Koh, Dr Lam is a medical doctor who served as a medical officer in the Republic of Singapore Air Force.

Dr Lam’s foray into politics started in the 2006 election, when his PAP team led by Prime Minister Lee Hsien Loong crushed the Workers’ Party in Ang Moh Kio GRC — clinching 66.1% of the votes.

In early 2015, Dr Lam found himself in the spotlight after a police report was made against him.

Film-maker Martyn See made a  police report against him for making allegedly racially seditious comments in a post on his Facebook profile (the post has since been deleted).

Born in Malaysia, Dr Puthucheary obtained his Singapore citizenship in 2008, 7 years after first arriving in Singapore. He made waves during the 2011 General Election after Singaporeans found out he didn’t serve national service.

In response to the criticism, the paediatrician argued that he had been in the public service and “spent the last 10 years saving kids’ lives”.

However, he still managed to win a seat during GE 2011. Under the wing of Deputy Prime Minister Teo Chee Hean, his PAP team won Pasir Ris-Punggol GRC at the expense of the Singapore Democratic Alliance (SDA).

Mr Chee was first elected as an MP after his PAP team came up tops in Bishan-Toa Payoh GRC during the 2015 General Election. Barely a month after that, he was appointed Minister of State for Health and Communications & Information.

But just like many other Singaporean politicians, Mr Chee has been guilty of half-baked quotes.

There was also a high-profile departure announced when the PMO accepted the request of Mr Teo Ser Luck, Minister of State for Manpower and Mayor of North East Community Development Council, to step down after over 10 years as an office holder.

According to Channel NewsAsia, Mr Teo will be returning to the private sector to “build, create, invest or help start-ups and businesses”.

He will officially stand down as Minister of State on Jun 30. However, he will still continue to serve the people as an MP for Pasir Ris-Punggol GRC.

In a statement released by the PMO, Mr Teo was thanked by PM Lee for his long-standing contributions to the government. It said that he had developed and promoted small and medium-sized enterprises (SMEs), youth participation in various important programmes and implemented measures that helped Singaporeans move around with greater convenience. 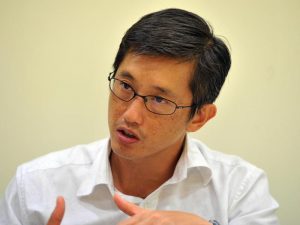 While it seems as though he has done so much for Singapore, some may remember him for the wrong reasons.

It’s natural for politicians to be fired up during rallies as they have to charm the crowd with their charisma and eloquence.

Unfortunately for Mr Teo, he was anything but charismatic and eloquent during the PAP’s first rally of GE 2011.

Mr Teo was ridiculed over the Internet after he became a little too gung-ho with his speech.

Midway through his address, he started chanting the names of his fellow team members in an attempt to rouse the crowd — over, and over, and over again.

Funnily enough, he chanted his own name too. His speech sounded more like a sales pitch than anything else.

The cringeworthy video has been saved for posterity here:

But that’s not all. Just a day after founding father Lee Kuan Yew passed away (March 23, 2015), Mr Teo named a workout routine in “remembrance” of the late Mr Lee.

It comes as no surprise that he was also heavily slammed by netizens for being insensitive and for trying to score political points. You can read our story on how netizens reacted to Teo Ser Luck’s Facebook post.

Later that year, Mr Teo found himself receiving brickbats once again for yet another huge PR fail. The Ministry of Manpower (MOM) uploaded a photo of Mr Teo awkwardly lying down on a mattress-less bunk at a dormitory that housed foreign workers.

What infuriated netizens was the oblivious tone of the caption that came with it. Apparently, Mr Teo said: “I learnt that some workers prefer to sleep without their mattress as they are used to it back in their country.” 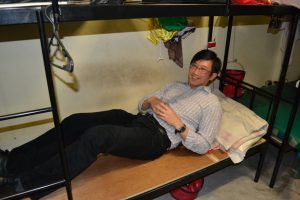 In the aftermath of all the criticism, Mr Teo denied making the comment on Facebook, and said that the caption was instead put up by an administrator of MOM’s page. Yeah right.

Ms Tin Pei Ling has come a long way since the 2011 General Election, when she was ridiculed for her seemingly bimbotic ways, especially when compared with the younger Ms Nicole Seah.

How could anyone forget this jaw-dropping answer she gave when questioned: “What’s your greatest regret?”

Yup, she said not bringing her still-alive mother to Universal Studios was her “greatest regret”.

However, she has matured over time and has already served as an MP for 6 years, after winning again in the 2015 General Election, this time in a single-seat ward. In fact she’s the only full-time MP left in the PAP, although that will soon change.

Ms Tin took to Facebook on Thursday (April 27) to reveal her future plans — she will start work at Jing King Tech Group, a Singapore enterprise.

Despite having to juggle between work commitments and the welfare of her residents, Ms Tin promised to remain committed to MacPherson and its people.

Here are the other promotions and change in appointments.

Mr Sam Tan Chin Siong: appointed as Minister of State in the Ministry of Foreign Affairs

Mr Amrin Amin: appointed as Parliamentary Secretary in the Ministry of Health

There are also changes to the Mayors of Community Development Councils (CDCs), which will take effect from May 26, 2017. 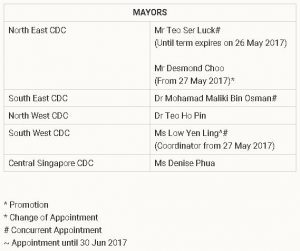 It’s a swift rise for some politicans like Dr Koh and Mr Chee, who entered politics only in 2015, and are thus first-term MPs turned Senior Ministers of State. We wish our promotions could be as fast.

Did they really perform that well?

And it’s a quick drop for Mr Teo, who has finally decided to make way after enduring many brickbats. Though he will still be an MP, there’s no telling whether he will stay as one after the next general election.

He will be okay though, as a government-approved talent like him will undoubtedly get many job offers. For example, since he’s a sporty guy, perhaps he can run for president of the Football Association of Singapore, a job that is apparently open to former MPs like Mr Zainudin Nordin?

We trust that the PMO’s decision to shake things up by implementing such changes will benefit all parties, and ensure Singapore continues to progress in the right direction.

Featured Image from The Nanyang Chronicle and wayfair