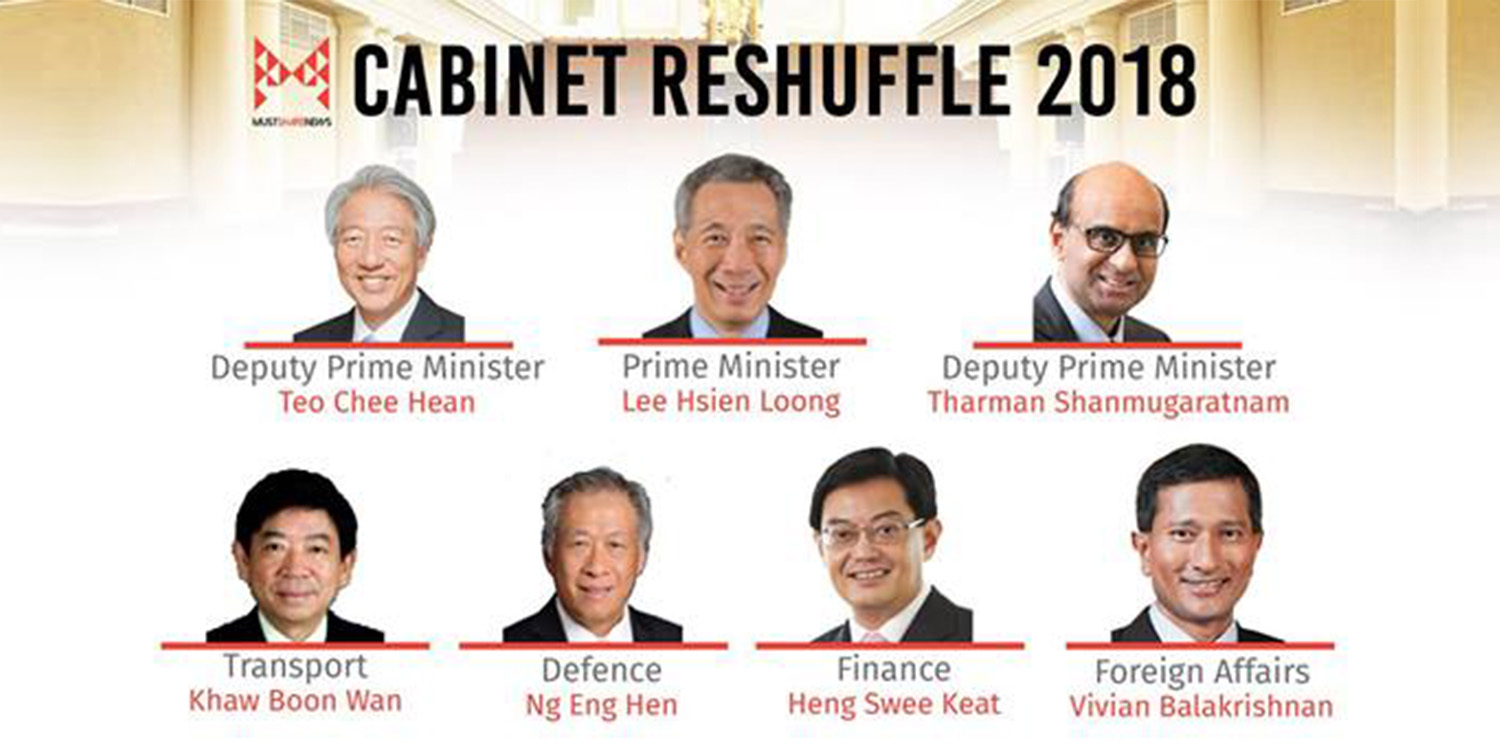 The results are in after the highly anticipated cabinet reshuffle has been announced on 24 Apr.

Without further ado, here are your new ministers for at least the next 3 years.

No changes in the following departments as the ministers remain the same.

These are the ministers with new appointments after the reshuffle.

These are the ministers who will be stepping down from the cabinet:

Other 4G leaders will be stepping up to new positions after the reshuffle as follows:

All the best to our new cabinet

The changes, though minor, do reflect a gradual handover of portfolios to the new generation of leaders.

However, like many Singaporeans, we are wondering about Prime Ministerial succession, since no new Deputy Prime Ministers have been appointed.

But perhaps we can keep an eye out for Mr Heng and Mr Chan as they’ve taken over duties from DPM Teo.

Does that mean Mr Ong Ye Kung’s out of the running from the initial 3 candidates?

Who knows for sure?

We wish the new appointees all the best in their new positions.