Must Share News – Independent News For Singaporeans
Home People Caitanya Video Is Removed After “Racist” Backlash, But There’s More To The... 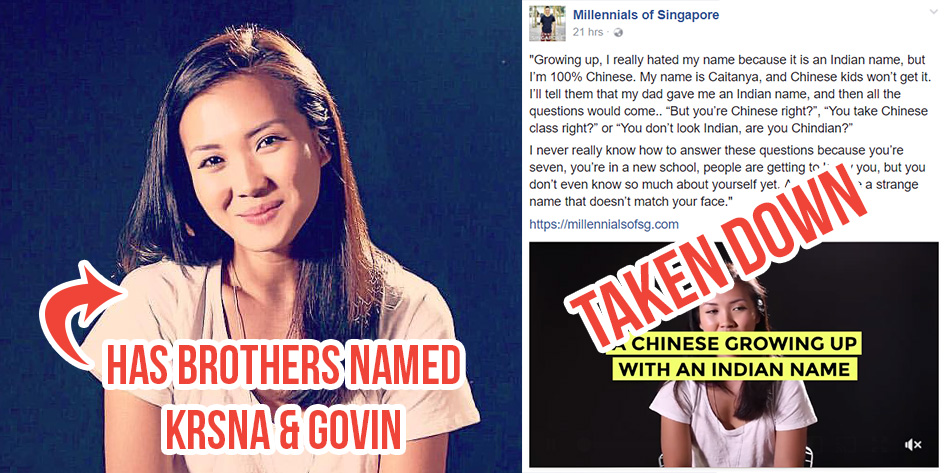 When you meet a pretty young woman who introduces herself as Caitanya Tan, what would your first response be?

Well, it certainly wouldn’t be to call her racist for pronouncing her first name in a way (“Kay-Tanya”) that obscures its Sanskrit origins. But outraged netizens caused Facebook page Millennials of Singapore to take down her video.

Huh? Well, the whole brouhaha started when Millennials of Singapore uploaded a video where a Chinese woman who has an Indian name said she hated her name.

The site ultimately apologised in a Facebook post on Friday (July 4) after the online backlash, and blamed an “unthoughtful video edit that resulted in the misrepresentation of Caitanya’s personal story”.

A Woman By Any Other Name

If we start from the very beginning, it all began with the aforementioned Ms Caitanya Tan. 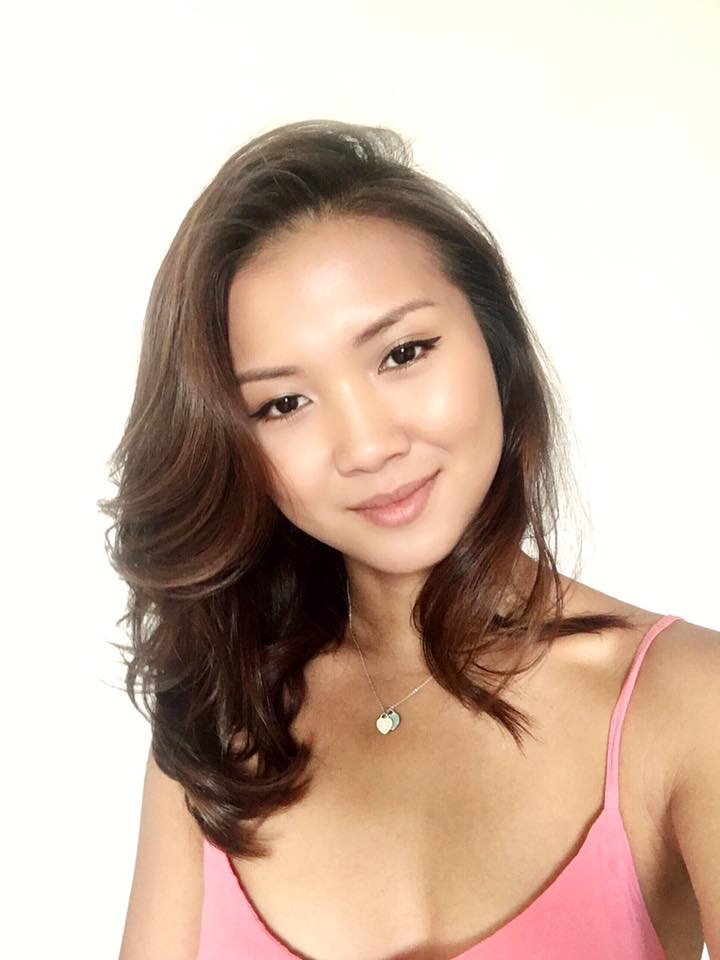 As her name is one that can be described as unique, some guys with game would say it’s a really good  way to start a conversation with a girl you might want to know better.

Does She Seem Familiar?

Singaporeans may find her face familiar given that she has appeared in recurring roles on local Mediacorp series such as Tanglin and Point of Entry.

Sometimes, her job takes her overseas to countries such as Australia and Hong Kong.

And no, she is not related in any way to Singaporean Mandopop singer-songwriter Tanya Chua, whose Chinese name is Cai Jianya. 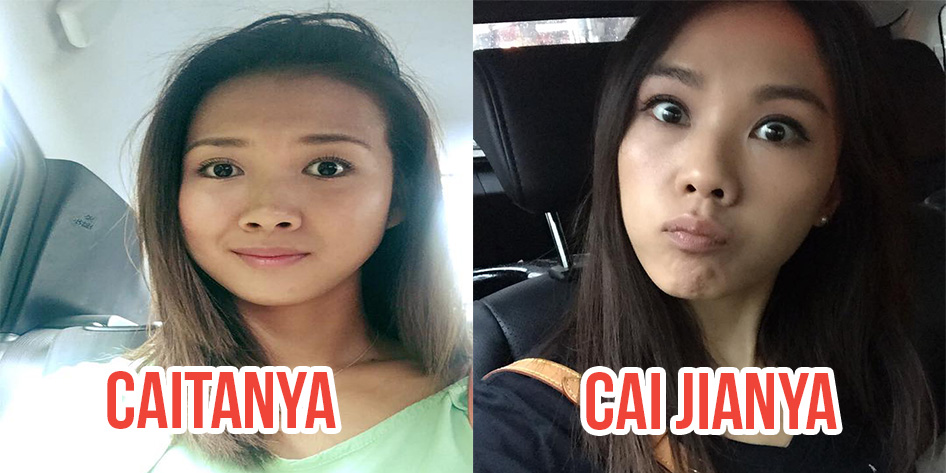 She Hated Her Name

Well, despite a unique name that might be a boon to an actress, Ms Tan herself wasn’t much a fan of her name, due to the inevitable but understandable interest that people would have once she introduced herself.

And her antipathy is understandable too, as despite being an actress and performing artist, she’s entitled to want to live her life without people constantly asking her questions about her unique name.

Unfortunately, she shared it in the now-taken-down Millennials of Singapore Facebook video — one which chose to focus on the Indian origins of the name.

And of course, she was slammed as being racist, and no wonder too, just look at the caption: 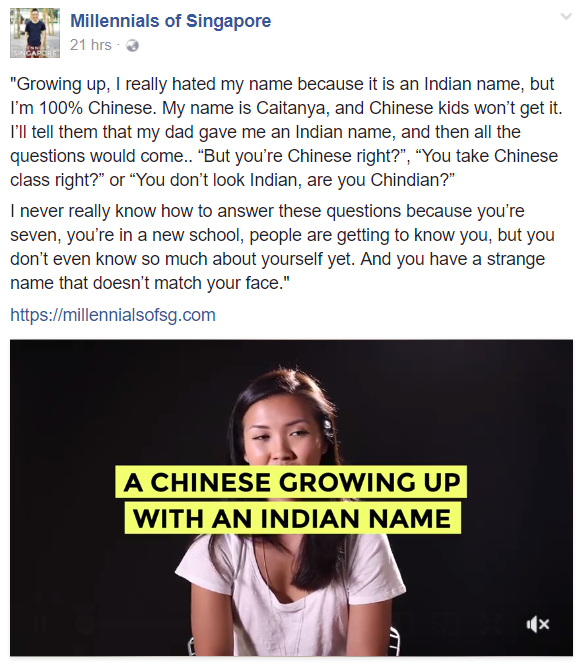 Perhaps Ms Tan and Millennials of Singapore should have anticipated the backlash when the video was titled “A Chinese Growing Up With An Indian Name”, and opens with her saying she hated her name because she is “100%” Chinese.

Ms Tan shares that as a child, she struggled to understand the difference between her race and the ethnicity of her name.

And her unique situation allowed her to understand the racial discrimination faced by minority races to some extent.

She also said in the video that she prefers for her name to be pronounced “Kay-Tanya”, as it was erroneously pronounced by someone, rather than the original Sanskrit pronunciation of it.

Instead of empathising with Ms Tan, netizens were quick to slam her, saying that she had no right to feel embarrassed and ashamed. Some felt that she should be happy to have her name.

Many also argued that as part of Singapore’s majority race, Ms Tan had no right to speak on being treated differently over racial matters.

Some accused her of being racist herself:

Others were downright abusive and in their comments. Ironically, some people who said that she’s racist had no problem making comments that are sexist.

Tired of reading the critical posts, Ms Tan uploaded a Facebook video to clarify her comments — which has since also been taken down.

And guess what? Ms Tan isn’t the only one in her family with a unique name. Her brother is named “Krnsa”.

Mr Tan also backed up his sister against the haters, telling them to consider what he and his sister have gone through. 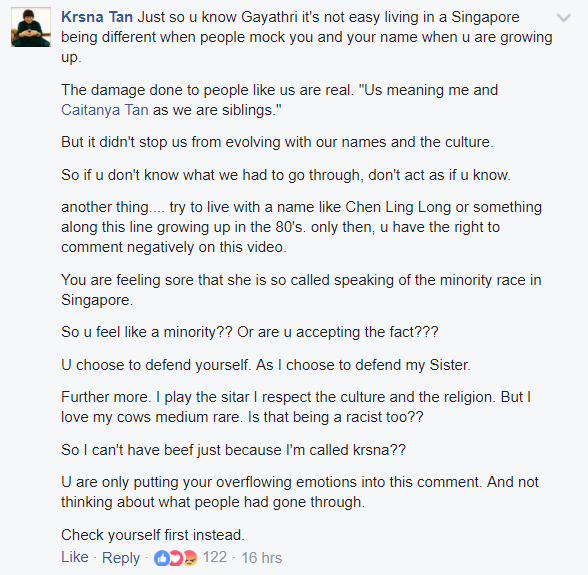 This proved a timely intervention as some realized that there was truth in the discrimination. 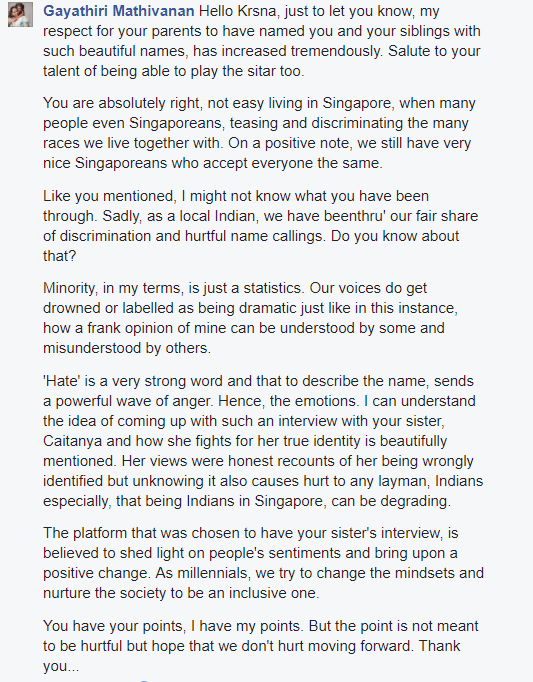 And rectified their stance accordingly. 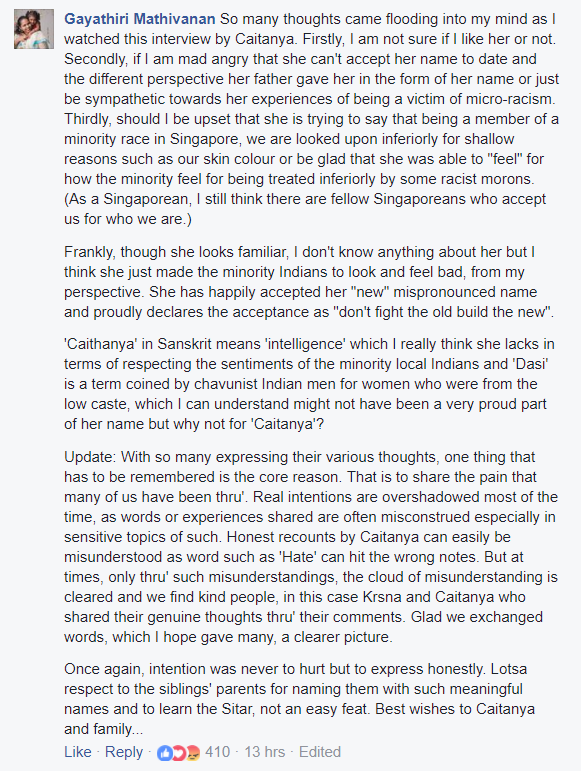 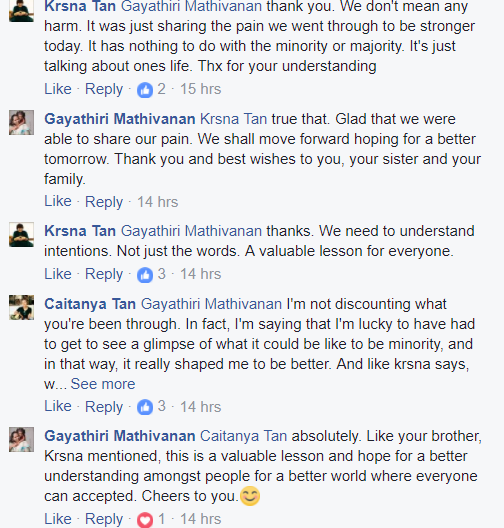 So where exactly does “Caitanya” come from?

In fact, Caitanya is not the only Indian name she has. Her full name is Caitanya Dasi Tan Feng Ming.

A quick read of Caitanya’s backstory on her blog was insightful as it explained why she has an Indian name. And while Ms Tan hated her name as a child, she grew up to understand the rich story that came with it.

Her father Kenny Tan was a musician who loved Indian music so much that he “left on some crazy pilgrimage to India” to further his abilities as a musician.

After settling down to start his family, he attempted to “retain his beautiful memories” by giving his children Hindu names — a “reminiscent of his musicianship years in Indian”.

As it turns out, all 3 siblings grew to embrace their father’s artistic footsteps. 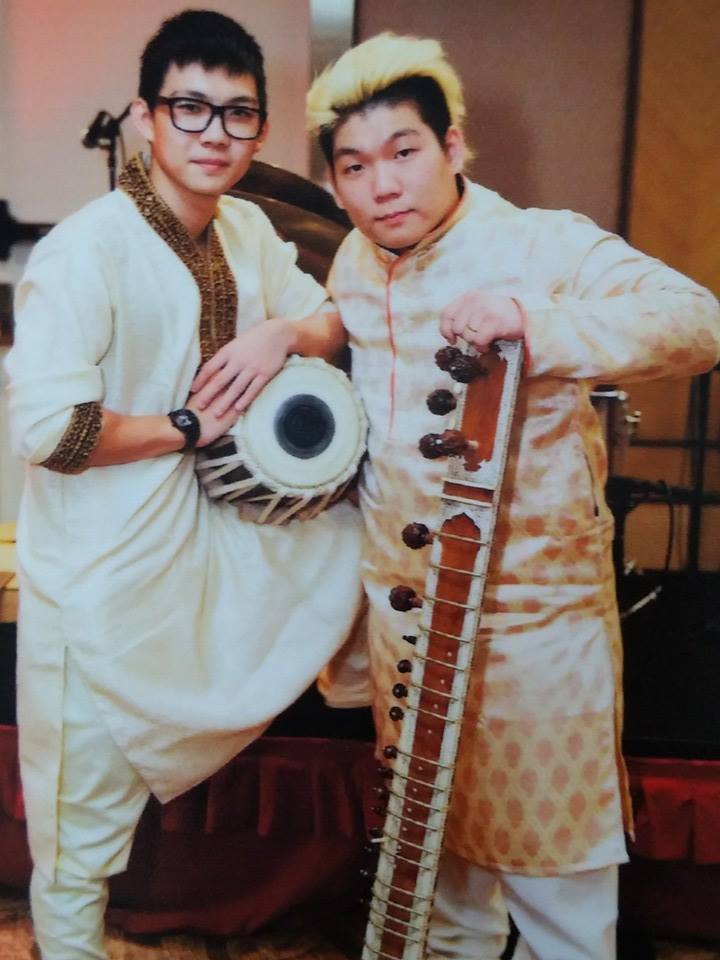 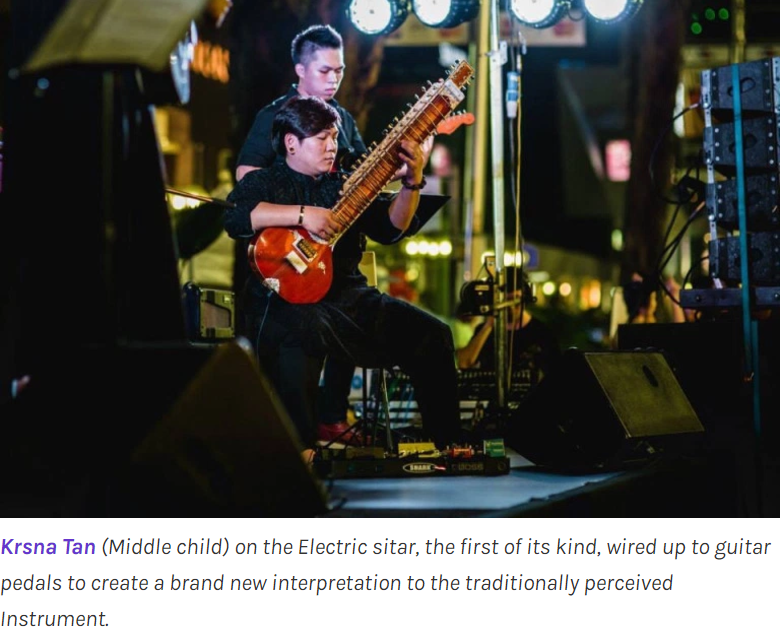 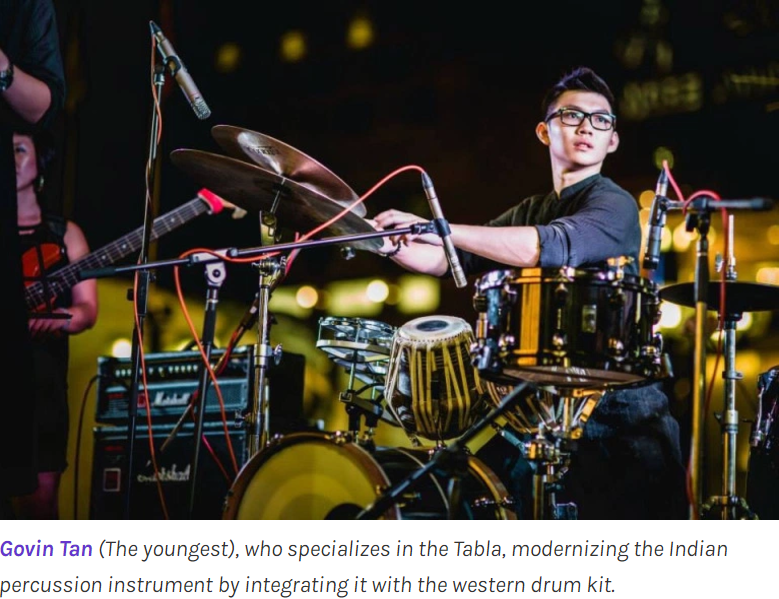 The family even performed together at the Esplanade Outdoor Theatre on National Day. 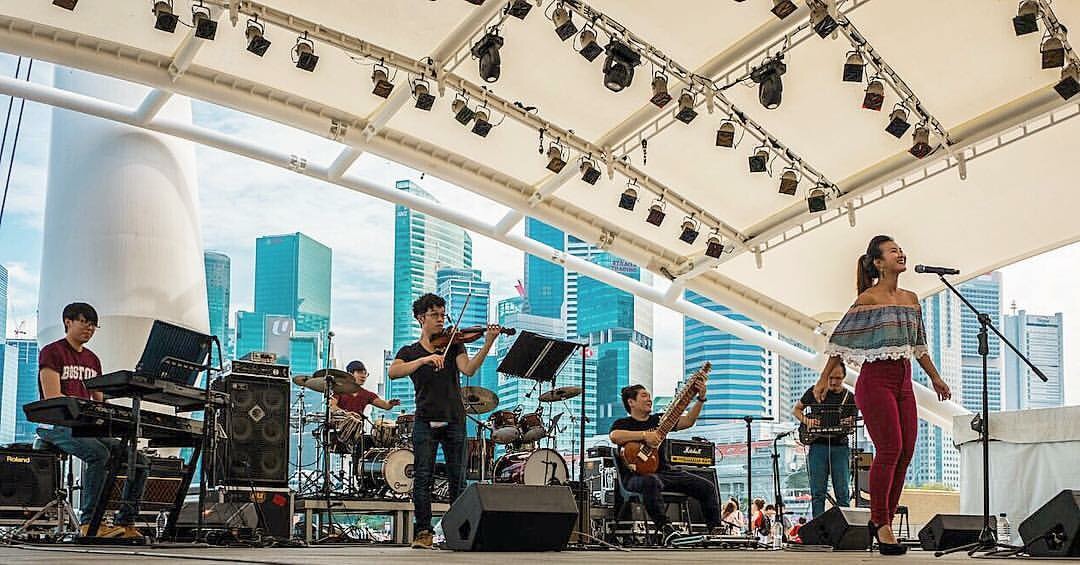 Ms Tan’s decision to adopt a variant pronunciation of her name was thus a marriage of a desire to honour her father’s story and her own struggle to come to terms with having an Indian name.

The family was also featured in an article in The Straits Times on Singaporeans who have an affinity for cultures of other ethnic groups.

Her experience has encouraged other people who have names that “don’t fit” their races to share and come to terms with their experiences too. 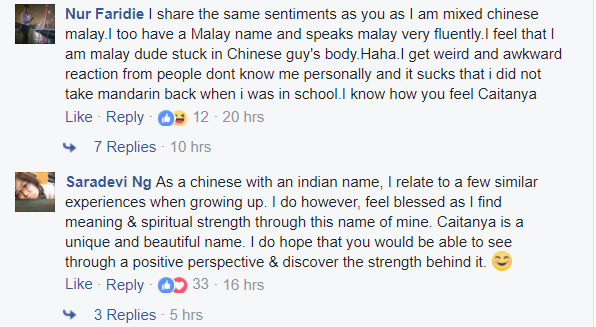 The backlash over Ms Tan’s video illustrates how easy anger and recriminations can spread when there is misinformation or misinterpretation.

Now that the truth behind Caitanya is out, were her comments truly racist?

Or were netizens too quick to react?