Over the course of a weekend, every Singaporean who owned a champagne-coloured BMW 5 Series was slightly rattled.

All because of that one guy who refused to pay for his full tank of fuel, instead insisting that he only wanted a $10 top-up.

The poor pump attendant who misheard his order ended up paying the remaining $125, leaving Mr BMW with a full tank of petrol for just $10.

Facebook user Kelly Yeo saw the entire incident and posted a lengthy description of it on Facebook.

Then the Internet blew up.

Incensed netizens performed their own brand of vigilante justice, exposing the driver’s identity and even harassing him on his personal handphone number at one point.

To make matters worse, a Facebook group was even created to provide updates on the car and its owner.

Never mind that the pump attendant had encouraged fellow Singaporeans to stop harassing the driver.

Because it seems like the online community isn’t letting up.

Just take a look at the lengths netizens went to track the vehicle down.

Tracking the BMW down

That post was all it took to send eagle-eyed netizens on a “BMW hunt”.

Just the next day, on 15 Apr, the car was spotted, allegedly parked illegally at Jalan Teck Whye. 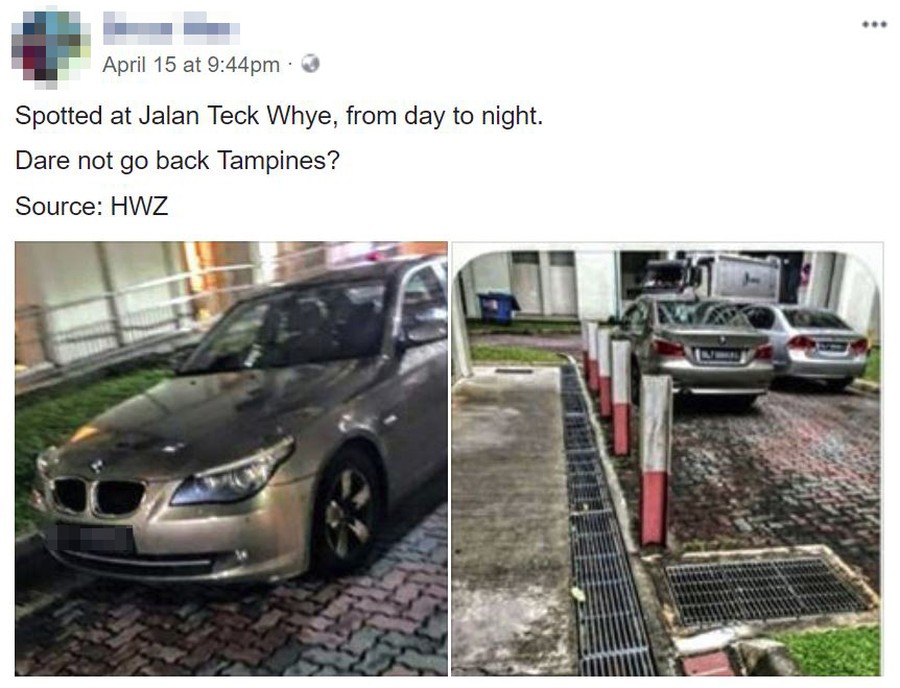 Based on this account, the car was apparently parked there for the whole day, with accusations that the driver did not dare to return to Tampines.

Then, on 16 Apr, the same BMW was spotted at 10 Jalan Buroh, seemingly illegally parked again. 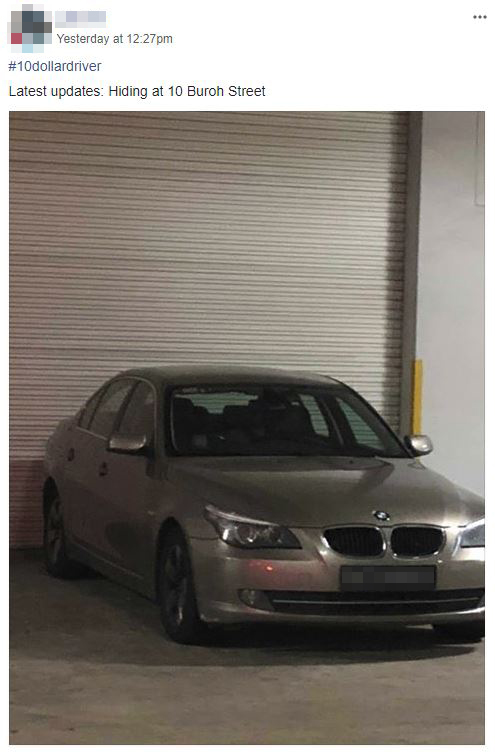 In case you don’t know where Buroh Street is, it’s just down the river from Jurong Bird Park. 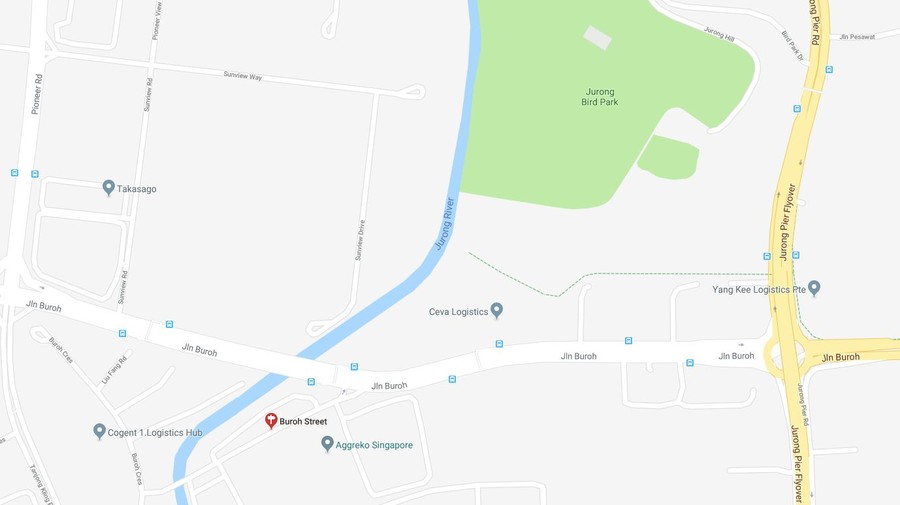 Eventually, somebody even spotted the vehicle at the car dealer, where it was allegedly sold with a full tank of petrol.

Across the interwebs, personal details of the driver were splashed across the comments sections, as lynch mobs and EDMW CSIs raced to identify the man who performed the perceived injustice.

We ended up with details like his LinkedIn account (and full name), road tax details, and even his personal name card. 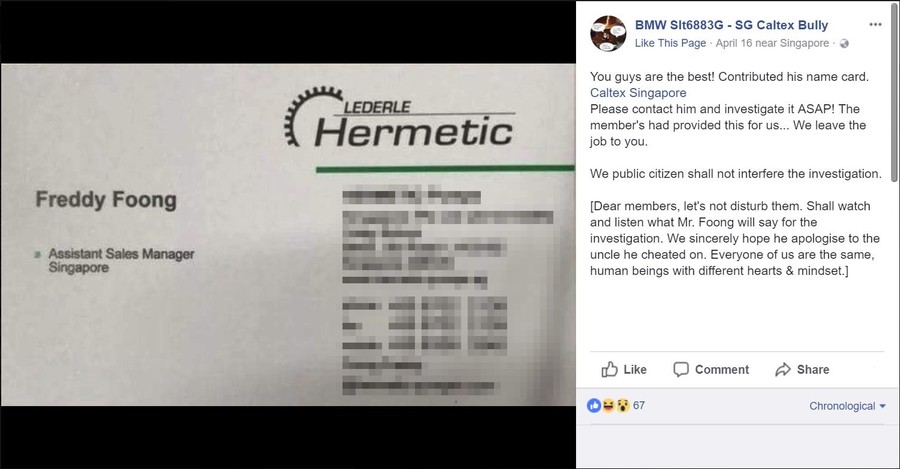 The tipping point of the cyber bulling occurred when somebody harassed him on his private mobile number, asking for a fake quote. 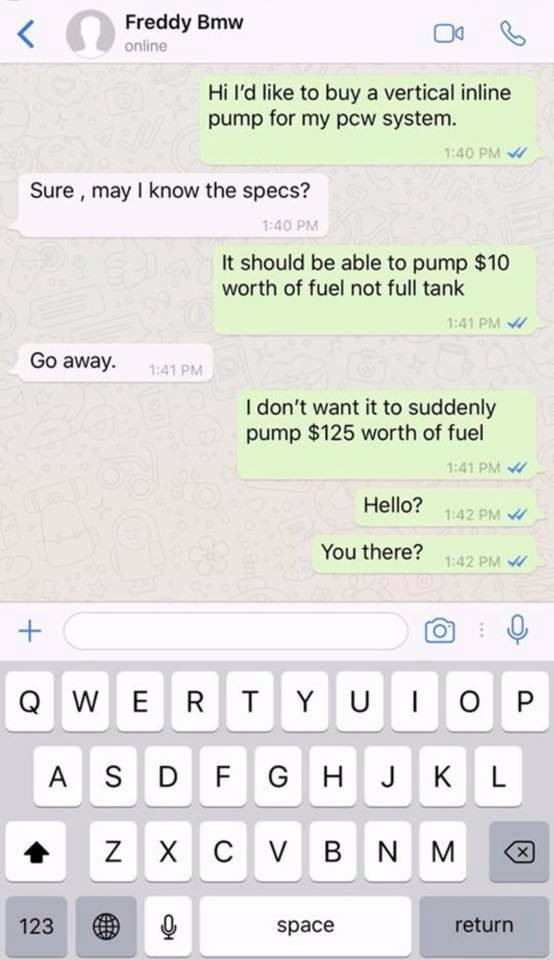 The man might have inadvertently cheated Caltex and the pump attendant of $125, but being stalked across Singapore and receiving messages on your personal mobile number would be too much for any one.

An online hunt for a potential cheat ended up getting far too personal, resulting in the man fearing for his family’s safety. 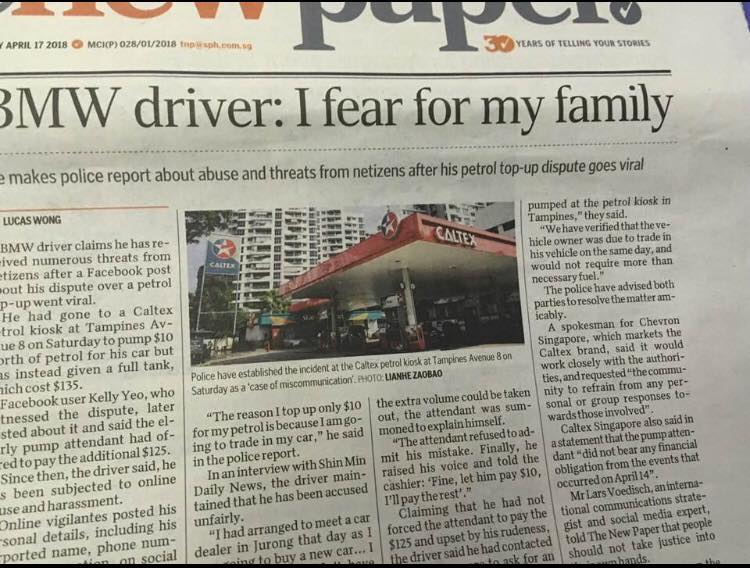 Using online sources to help hunt down a man is perfectly understandable in today’s age, but going overboard with the vigilante act is effectively cyber-bullying.

Don’t get us wrong, vigilantism can bring about some good. But most of the times, it becomes a glorified witch hunt.

Maybe these vigilantes wanted to troll the guy, but we’ve ended up making a man fear for the safety of himself and his family.

Given that the $125 in question was covered by Caltex and the pump attendant himself encouraging Singaporeans to leave the BMW driver alone, maybe it’s time that we all do.

Sure, he made a mistake, but it’s time to drop the angst and let him off.