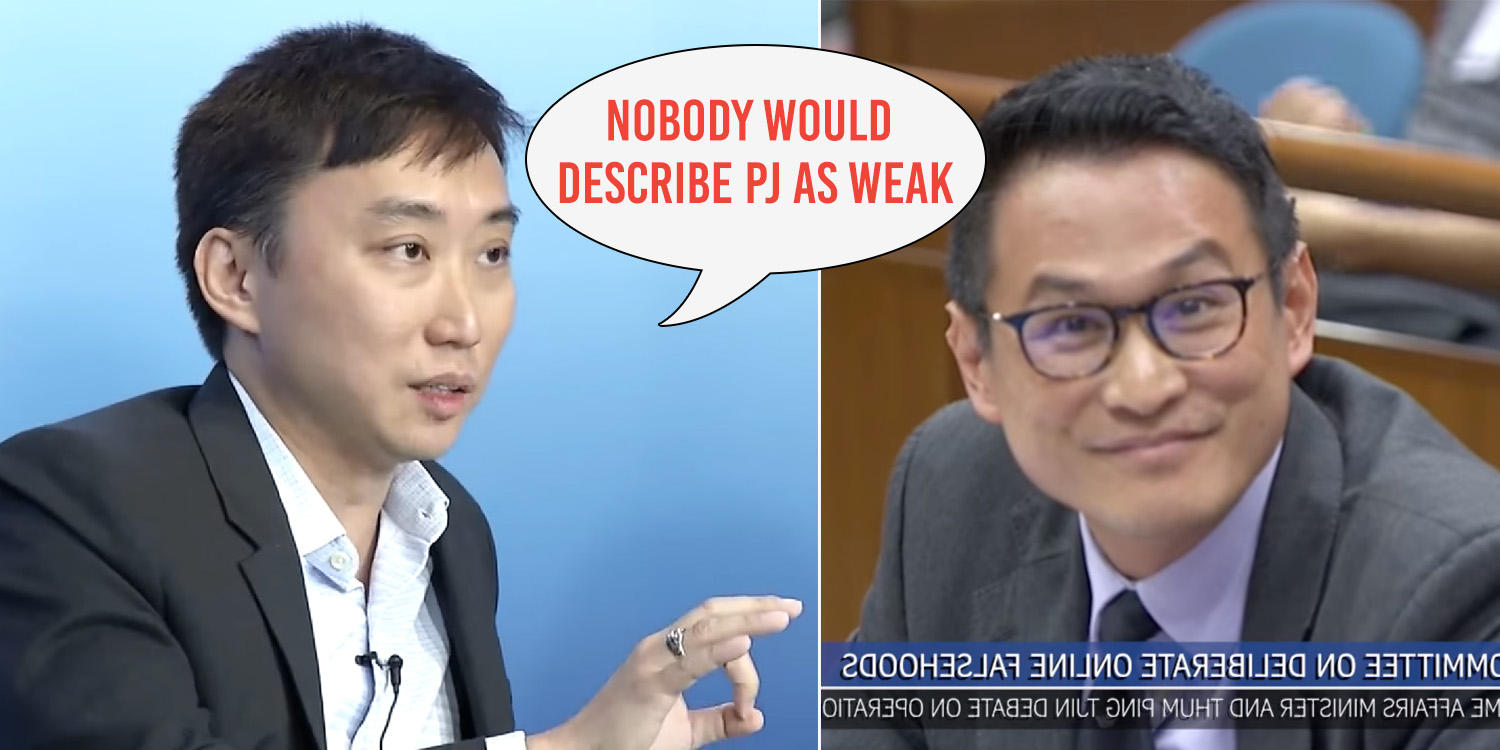 Then we had people talking about Mr Shanmugam and Dr Thum talking.

Now we have Calvin Cheng, a former Nominated Member of Parliament (NMP) talking about the matter on two fronts — on Mr Shanmugam’s post and on his own page.

“He was doing his job. That was all”

Typically known for sharing his at-times-vitriolic views on Facebook, Cheng took a more conciliatory tone towards both men.

The main three points of his post tackled people’s views about Minister Shanmugam, PJ Thum, and the proceedings of the hearing that spanned 6 hours.

Before he started, he sought to clarify that PJ was someone he knew personally and had mutual friends with:

We went to the same Oxford college, and have several friends in common, so there is nothing personal about this.

While his written submission indicated that he was a Research Fellow in History at Oxford, PJ confirmed that he was actually on a visiting professorship in Anthropology.

However, according to Mr Cheng, attacks on PJ’s academic credentials “lack merit”.

Mr Cheng argues that many of the social science departments at Oxford are multidisciplinary.

Just as historians could study Economic History in the Department of Economics, PJ could study Anthropology as a historian.

Furthermore, PJ bears the distinction of being educated at both Harvard and Oxford — both top universities.

Another issues netizens zoomed in on was the constant conversation about Operation Coldstore.

Mr Cheng argued that is was only expected that PJ would be cross-examined about Operation Coldstore, because his written submission centred around an “outrageous” claim regarding it.

Mr Shanmugam’s style of only expecting yes or no answers was similarly expected by the former NMP.

To the people curious as to why the topic of Operation Spectrum did not come up, he counters with PJ’s apparent area of expertise being focused on Operation Coldstore.

Mr Cheng reserved some of his old vitriol for people who thought that the Law Minister was bullying the historian at the hearing.

I think this claim is the most ridiculous of all.

Mr Cheng made the case that PJ was a man who could not be bullied, because he does not fit into the textbook definition of bullying.

He reasons that nobody would describe the ex-Olympian as weak. But power comes in more than just one form.

He felt that PJ was treated in similar fashion to Facebook’s Simon Milner, “if not better”.

Besides, PJ was “mostly still smug and arrogant” during proceedings, often making faces at the camera. 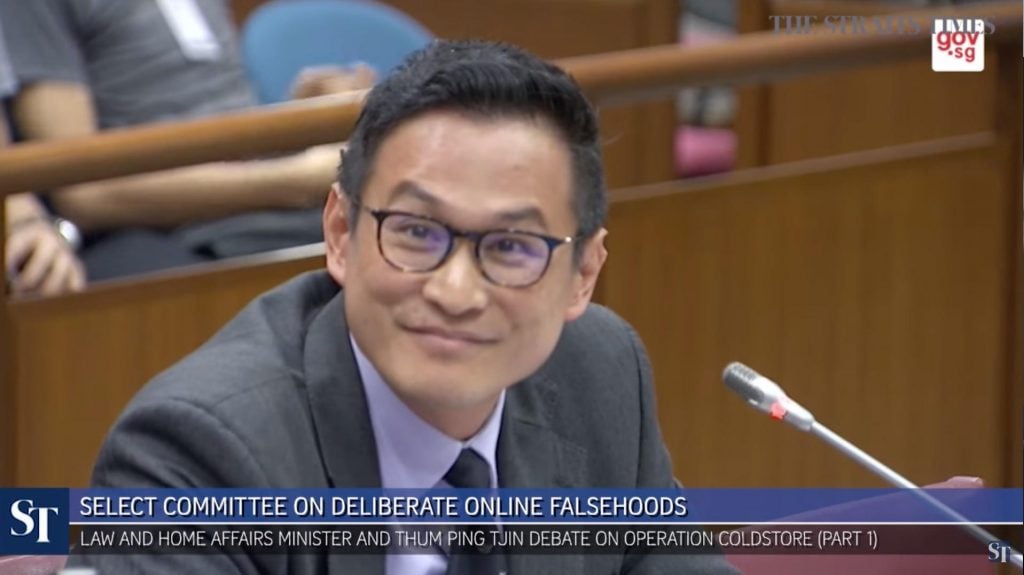 Does this look like a person who thinks he’s being bullied?
Source

You make some good points there

Bear in mind – this comes from a guy who once advocated for the killing of terrorists, and their children for good measure. 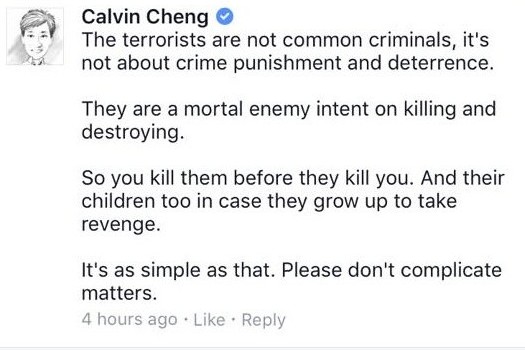 So it might be best to adopt his views with a similar approach as one does with fake news — with a grain of salt.