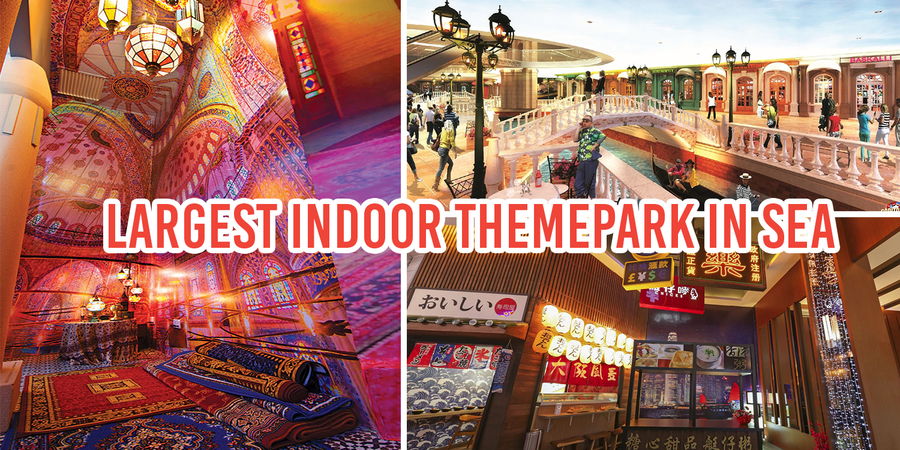 The season of giving isn’t over just yet, for we come bearing great news.

Capital 21 Mall is finally going to be opened by August 2018.

Forget about vacations that burn a large hole in your pocket, because a visit to Capital 21 is going to be well worth your day trip to JB. 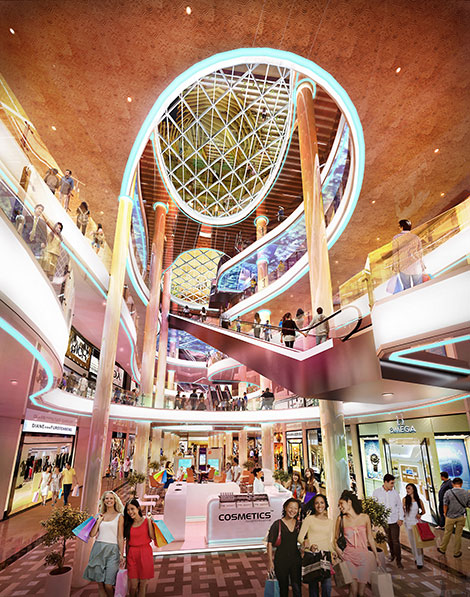 Last we heard, there were going to be themed floors representing different countries within the mall. But it looks like Capital World has managed to up its own game, with its latest announcement.

The mall’s 3rd and 4th floors will be home to the world’s 5th largest theme park, named MCM Studios. It will feature an indoor circus with live musical acts, a haunted house and virtual reality rides – all within three themed ‘Planets”.

This honestly sounds too good to be true.

There’s going to be a massive indoor theme park

We know, it sounds bothersome to go all the way across the causeway to visit a theme park when we have our very own Universal Studios.

But the new MCM Studio will be “the largest indoor theme park in Southeast Asia”. 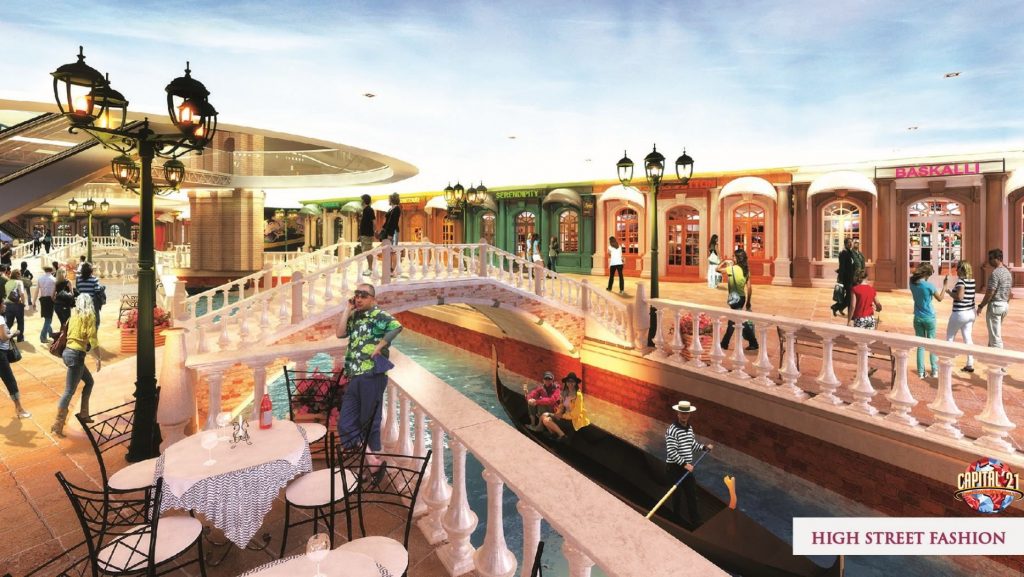 With our weather taking a turn for the unpredictable, knowing you don’t have to plan your day at the theme park around the weather forecast, sounds like a dream.

For those of you already mentally planning your trip to Capital 21, you gotta go in with a game plan because there’s so much to cover in so little time — if you plan on heading there for only a day trip.

We at MustShareNews have got you covered, because the attractions you should be looking out for are housed within three “Planets”.

Some of the more thrilling rides they’re going to have will feature the movies Transformers and Dinosaur World.

Popular scenes from these movie series will be brought to life, right in front of your eyes.

Just envision, your favourite Transformers getting into an epic fight scene. Okay, that sounds scary but in a cool way. The magic is all in the fact that it’s almost like your imagination has come to life right before your eyes.

Who didn’t want a pet dinosaur growing up? Dinosaur World sounds like every kid’s dream, running around Jurassic Park with T-Rexes, but this time it’s not just gonna be in your mind. 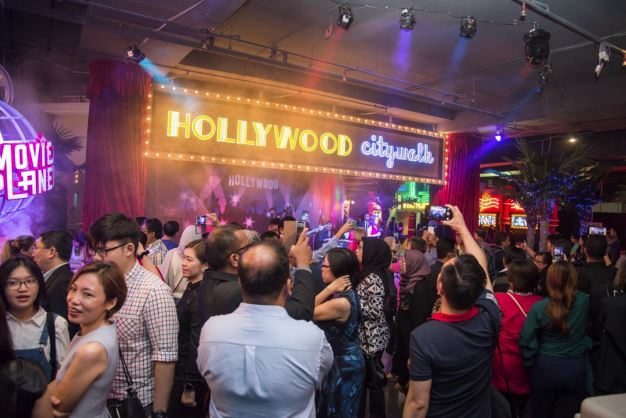 Killer robots and dinosaurs aren’t really for everyone, we know. You’ll be happy to hear that there’s gonna be a Hollywood Stars theme too, for those that want to get their Marilyn Monroe sass on.

If you’d like something a little more intense, you can walk through what they promise will be the scariest Haunted House on Earth instead.

Getting scared for fun is such an exhilarating experience, honestly. Probably because you know it’s all fake and nothing will hurt you. But come on, scariest Haunted House on Earth sounds like it’s going to be a scare experience unlike anywhere we’ve ever been before and truthfully, that sounds amazing.

To be honest, Music Planet sounds like the coolest attraction they’re offering.

There’s going to be an indoor circus, with performances by well-known acts like the Great British Circus.

You might even see a human slinky at the Circus
Source

Expect to see death-defying acts at the Great British Circus, like the Globe of Death and acts involving fire.

Check out a teaser of what to expect below.

For those with tight schedules, it’s probably hard to attend a touring show. But fret not, the indoor circus will always be at Music Planet.

This means you can attend the circus any time throughout the year, without worrying that they’re going to pack up and continue their tour elsewhere.

Of course, it wouldn’t be called Music Planet without the element of music. For big fans of musicals, Capital 21 will be home to live musical performances.

The acts and performances will be updated and changed seasonally, so repeat visitors will never find themselves bored.

On the other hand, if you’re looking for something a lil’ more child-friendly that won’t shorten your lifespan, Cartoon Planet is probably the zone for you.

There will be other animated characters too, and the experience is going to be pretty immersive, with Augmented Reality and Virtual Reality technology integrated into some of their rides.

There’s even going to be a Tom and Jerry ride, which we’re sure will appeal to older audiences just as much as the younger ones.

Will we see Tom chase Jerry in real life?
Source

The rides at Cartoon Planet are definitely going to be child-appropriate and some will even be educational, so even kiddos can get in on the fun.

For those planning a family trip with kids, Cartoon Planet will surely keep the kids entertained. Every group has a scared-y cat that you can always assign as “Designated Babysitter” to take the kids through Cartoon Planet while the other adults take a trip through the Haunted House and the crazier rides. Sounds pretty fair, if you ask us.

The themed planets isn’t going to be all that Capital 21 has to offer. Every storey of the mall is going to represent a different Capital from around the world, including their architecture and food. Think about all the selfie potential.

Of course, Capital 21 will be paying homage to Asia too.

There’s going to be an Asian-themed level, transporting you to Japan and China without having to get on a plane.

The indoor theme park is going to be on the Asian-themed level, so you and your friends or family can divide and conquer.

You’ll even be able to pick up the latest fashion trends and makeup, if rides aren’t for you.

Capital 21 is going to have a European-themed level, which will include capital cities like London, Paris and Italy.

You don’t even have to travel all the way to London to get a snap with a member of the Queen’s Guard in front of Buckingham Palace.

Or perhaps you fancy some Italian coffee, enjoyed while sitting in a cute al fresco cafe. Head to the Middle East and African level for exotic, colourful vibes. There’ll be a theatre on this level, so you can really indulge and chill, or perhaps have some exotic cuisine to waken up your taste buds.

With only 7 months to the opening of Capital 21, we’re freaking out in anticipation.

Driving down is really convenient too, considering it’s only 20 minutes away from the Causeway. Check out this map that’ll help you plan your trip to Capital 21 a little easier. With all the cool attractions they’ll be offering, it’s worth making a mental note to mark at least one trip down on your calendar.