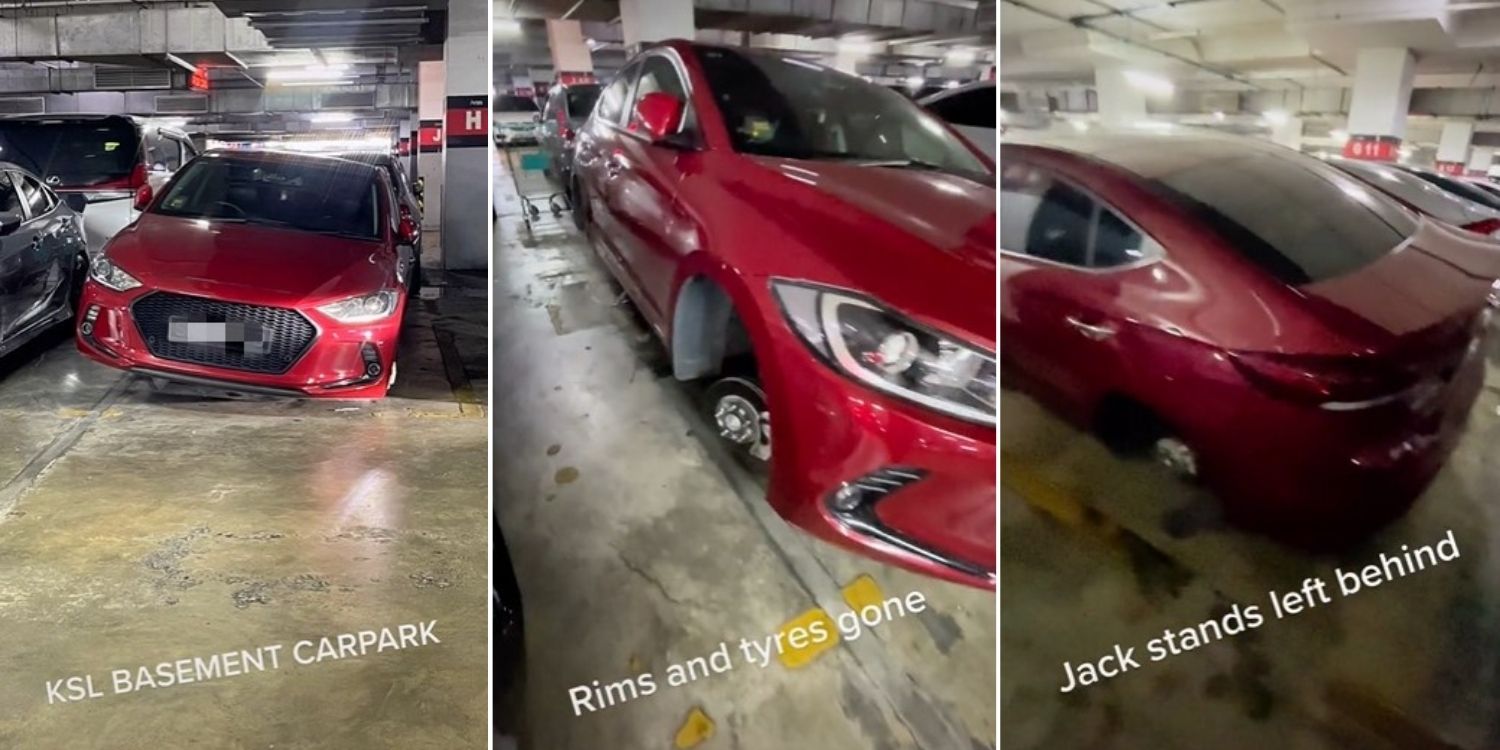 The car's owner might have still been oblivious to the fact.

The Singapore-Johor Causeway is back to its bustling self, with many Singaporeans resuming their cheap sojourns in recent months.

As we enjoy eating and shopping in Johor Baru (JB), some people may prefer to take a bus there, though, despite the inconvenience.

This was starkly illustrated when a Singapore-registered car was seen with its wheels and rims completely removed in a JB mall. 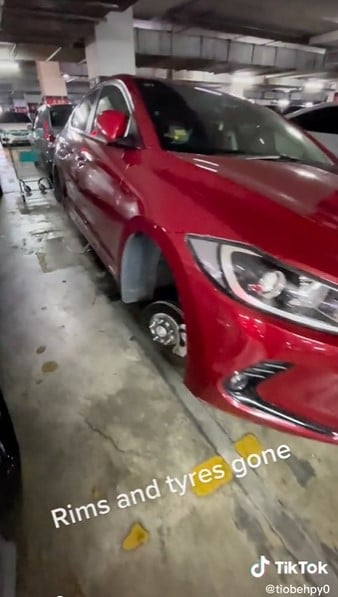 The shocking sight was shared in a TikTok video posted on Saturday (9 Jul).

The OP indicated that they’d spotted the red car with a Singapore licence plate that same day, in the basement carpark of KSL Mall — a popular hangout for Singaporeans due to its massive size.

It was obvious that something was wrong from just a cursory glance from the front, as the car was tilted to one side. 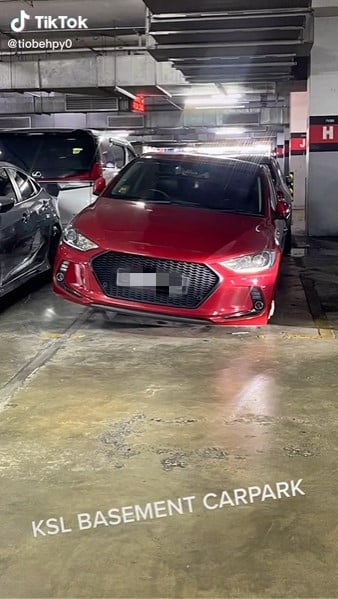 Upon closer inspection, it was evident that all of the car’s rims and tyres had been removed. 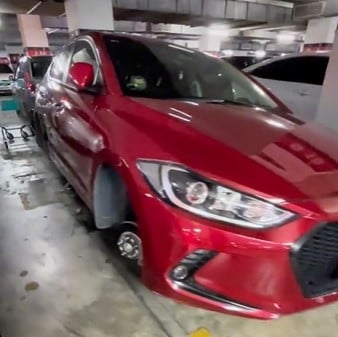 Whoever did it needed a jack stand to lift the car up, apparently, that’s why the car was tilted to one side.

However, interestingly enough, they didn’t bother to take their jack stands with them. 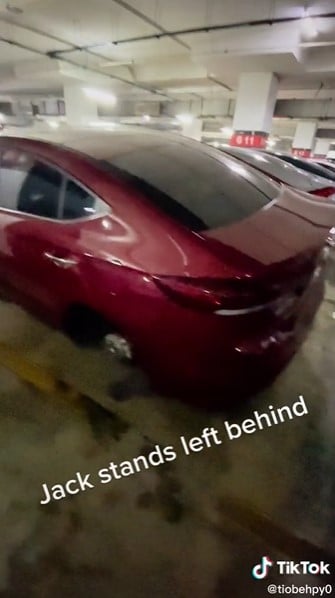 The OP sympathised with the car’s owner, hoping they managed to sort it out. 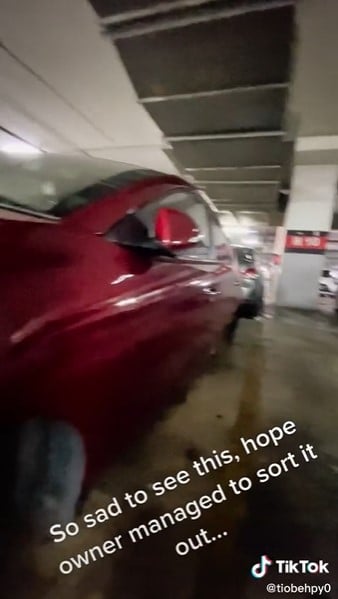 After all, it would be rather difficult driving back to Singapore without wheels.

In fact, the OP said in their caption that at the time, it was uncertain whether the owner was even aware that their wheels were gone.

Perhaps they were still shopping, blissfully oblivious to the tough spot they were in.

What’s certain is they were in for a huge shock when they returned.

Some netizens who saw the TikTok video said it’s better to take the bus to JB instead, to avoid such scenarios.

This is especially is your car isn’t a Malaysian-registered one, like all Singapore residents’ cars,

Others advised that the rims could be found at the nearest rim shop.

Removal of car wheels in JB is unfortunate

The removal of the Singapore car’s wheels is unfortunate indeed, and would tempt one into thinking that it was a criminal act.

While it’s unwise to make snap judgements on JB’s safety, it’s always advisable to be extra careful when driving overseas in your own car and avoid bringing along unnecessary valuables.

Hopefully, the car’s driver managed to get back to Singapore safely after this incident.