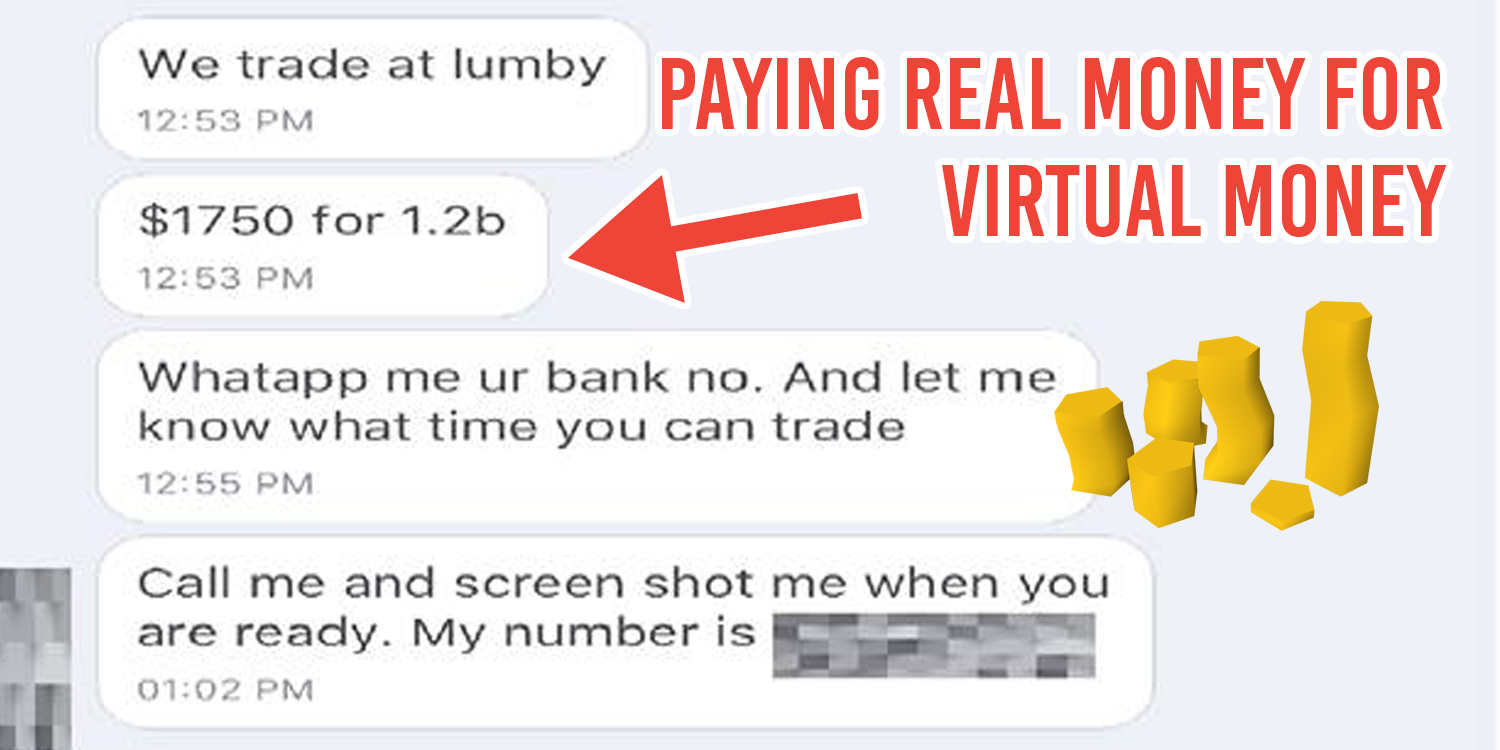 When Does Paying Real-Life Money For Virtual Items Become Cross The Line?

Answer us honestly, how much real life money have you actually spent buying virtual items for your computer or mobile games?

From extra storage space on Pokemon Go to custom weapon skins on Counter-Strike: Global Offensive, it’s not exactly breaking news that someone with either too much cash or passion on their hands paid for something “fake”.

However, we’re willing to bet that no matter your answer, it’s definitely nowhere near how much you’re about to read.

$10 for a set of lives on Candy Crush? That’s child’s play — try spending a whopping $1,750 of real money on fantasy MMORPG RuneScape’s in-game currency instead.

To put things into perspective, that’s how much entry-level diploma holders are getting paid each month.

That, you loyal readers, is called Real-World Trading (RWT).

Courtesy of – but not just limited to – Carousell, RWT is the act of trading anything outside of a game – in this case, RuneScape – for in-game items or services.

Market rates for one million of such currency even go as low as 25 cents.

Surely such a deal can tempt even the most casual of players.

Although some might consider this next person to be taking things a little too far. When he agreed to purchase 1.2 billion RuneScape currency for SGD$1,750. 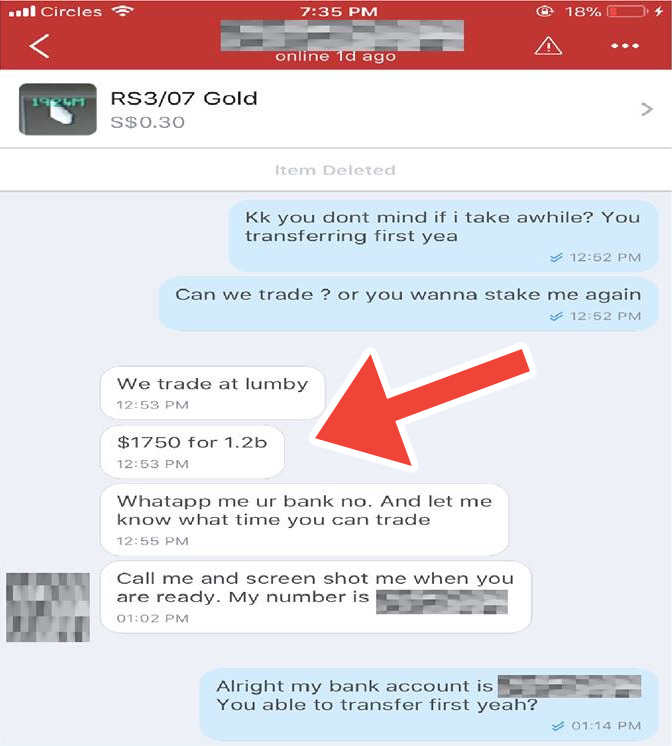 Just take a moment for that to sink in.

Uploaded on the seller’s Facebook account, the rest of the conversation takes place exactly like how any other transaction on Carousell would, with the buyer transferring money over to the seller’s bank account first. Looks like not only you can make money off of playing games, it’s actually a lucrative business after all — take that, mom.

And in case you’re thinking the poor guy just fell for the oldest scam in the book, here’s proof of him actually receiving the coins.

In fact, here’s another example of “Samuel” buying a total of 2.1 billion worth of in-game currency. 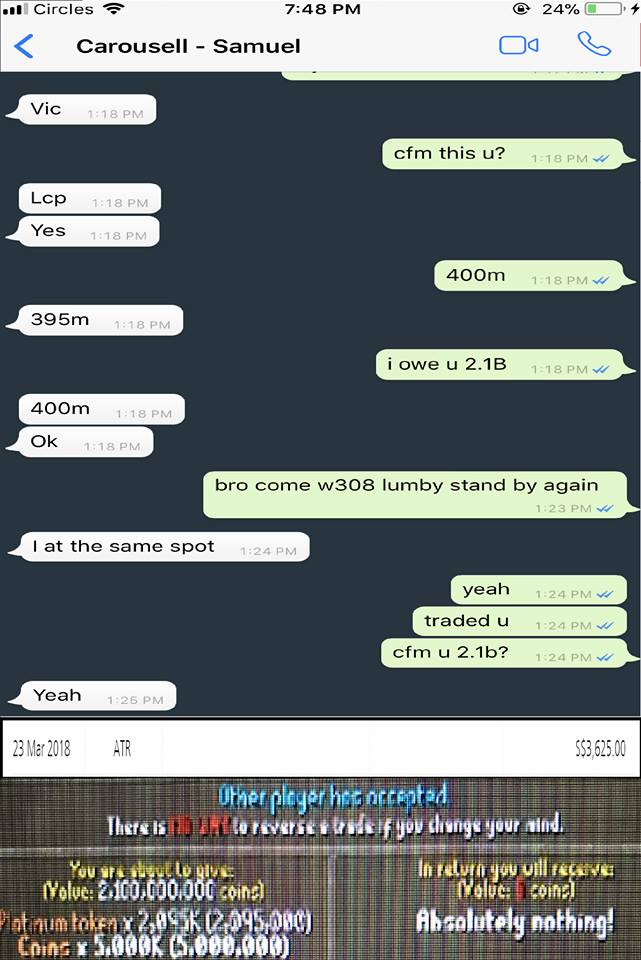 At SGD$3,625, that’s way too much money one should be spending on an online game.

While it is technically not illegal to do so in the real world, RWT is officially against the rules of RuneScape.

Game items must only be exchanged for other items/services within the game.

As stated by developer Jagex, this includes the following:

Their rationale for the ruling is that cheating practices are often involved in the process of RWT. Most of the time, accounts sold have actually been stolen from their original owners. Otherwise, allowing others to access your account would mean a compromise in security.

So in case you’re actually considering doing so, such attempts are in fact, a breach of agreement with Jagex’s terms and conditions.

Terms and conditions aside, is $1,750 too much of an amount to be spending on video games? Or is it just as much a hobby as something like collecting memorabilia — which can be pricey in its own right.

Before you judge, remember that everyone has their hobbies.

So who are we to say what they’re doing is wrong?

In fact, we’re fairly certain such a practice is prevalent in other games as well.