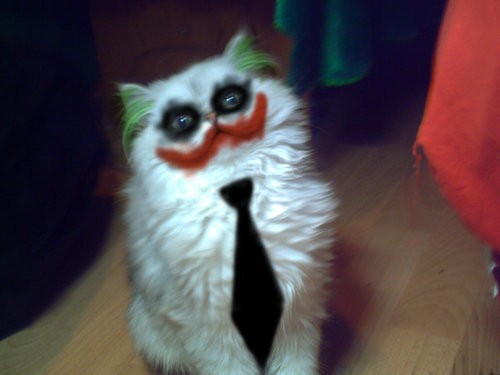 Over the course of three years, more than 50 cats have been found murdered in various gruesome manners around Beach Road, a neighbourhood perhaps more known for its hawker centre (where the Army Market is) or various Thai clubs.

The situation has gotten so bad that Mr Anthony Heng, owner of a sundry shop in Beach Road, started up the savebeachroadcats website on 14 September this year to raise awareness about the rampant cat abuse, as well as the alleged suspect whom he claims is behind them.

Suspect found, but no evidence to nab him

Despite gathering several eyewitness accounts that a particular resident is responsible for the cat murders, no action has been taken by the police or the AVA. This is because up to now, no witness has come forward with video or pictorial evidence to prove the abuse. The police, AVA and the SPCA have repeatedly asked for evidence so that they can “determine if it’s abuse”, but thus far the evidence provided has been “sketchy at best”.

Efforts were also made to hire a private investigator to tail the suspect in 2011, but investigations came up short.

The most recent discovery of a dead cat was on 1 August this year, but there has been no follow-up from AVA after the body was sent to them for post-mortem checks to determine the cause of death.

The body count is rising, but no action has been taken by the authorities

Yes, these cats are just animals after all. But that doesn’t mean the police should just dawdle on the case and demand evidence from the residents before doing anything. They should still treat it as a serious matter, and take it upon themselves to find the needed evidence. The number of casualties isn’t small — after 50+ cases you’d think that there would be some concrete action taken by the authorities.

Such nonchalance towards animal abuse by the authorities is appalling. Maybe it is because of the lack of repercussions that cat abusers think they can get away with it and are hence unrepentant in their actions.

While there has been no reported deaths since August, there is no telling when the cat killer might strike again.

For further information about the Beach Road cat abuse cases, you can visit the website set up by Mr Anthony Heng or if video’s more your thing, you can watch the report below by Coconuts TV.

With references from: The Straits Times, Yahoo News
Featured Image via: Weknowmemes