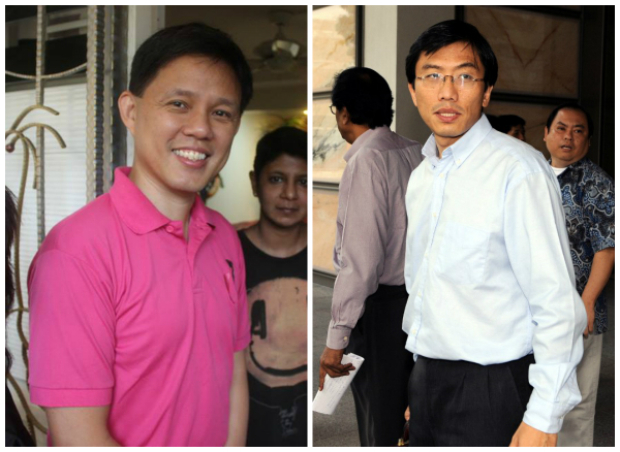 There has been a lot of talk about the back-and-forth jibes between Minister Chan Chun Sing and Dr. Chee Soon Juan (read: PAP v SDP). In Chan’s 16 January letter (“Chee sacrifices S’pore to win points overseas”), he says that Chee betrayed his mentor. This has been so widely reported in media that many think of it as a fact. However, Dr. Chee released a long explanation today (20 January) explaining how Chan was wrong.

“Above all, they will remember that Dr Chee betrayed his own mentor, Mr Chiam See Tong. Mr Chiam had brought Dr Chee into the Singapore Democratic Party (SDP), but Dr Chee plotted against Mr Chiam and pushed him out of the party he had founded.”

Chee has accused the PAP of another episode of “character assassination”, especially as the elections are drawing near. (Aren’t public transport fares set to drop?) In a post on his Facebook profile, Chee recounts his version of the truth.

According to Dr. Chee, SDP founder Mr Chiam See Tong was not kicked out of the party. Rather, Chiam resigned on his own accord. Chee subsequently attached a picture of Chiam’s handwritten resignation letter, as seen below.

“If I had “plotted against Mr Chiam” why would I persuade him to return? I would have pounced on the opportunity and quickly announced his resignation. After all, I was in possession of Mr Chiam’s hand-written resignation note – complete with signature.”

After the public announcement of Chiam’s resignation, Chiam was invited to the Singapore Press Club to speak, in which he attacked the SDP’s leadership.

The SDP’s central executive committee (CEC) then held a disciplinary enquiry three weeks later regarding the meeting at the Singapore Press Club. Chee said that Chiam did not regret his actions. After which, the CEC then discussed amongst themselves as to what action they had to take.

The majority vote was to expel Chiam from the party. Yet, Chee claimed that reconciliation was still very much on the agenda. Chee also stated that the CEC sent three members to meet Chiam on that morning to inform him of his expulsion but also, to see if there was any alternative.

Chiam then sued the SDP for wrongful dismissal. The victory was ultimately awarded to Chiam by Justice Warren Khoo. However, Chee maintains that Justice Khoo did not find CEC’s behaviour to be “bias or malicious,” since effort was indeed made on the part of the CEC to reconcile with Chiam.

Chee has claimed that this statement is a PAP effort to make him the bad guy in this saga. In Chee’s version of the truth, Chiam was already experiencing bad relations with the CEC before Chee had even joined the SDP.

Chee to PAP: Focus on the real issues

Chee hopes that the large reach of social media will help him to spread his version of the truth, and not wholly the PAP’s narrative. He maintains that it is never in his agenda to criticise or speak badly of Mr Chiam but only to “set the record straight.”

In a thinly veiled jibe to PAP’s character assassination, Chee states that SDP wants to “focus on the real issues” and that for Singapore’s sake, he hopes PAP will do likewise.