Cases Where Strict Censorship Was Uncalled For

Did you hear that? Hmm, neither did we. That’s probably because it was censored.

Most Singaporeans are aware of our strict censorship laws, and with the recent comeback of the “Sticker Lady”, it only feels appropriate to highlight the multiple instances when various forms of art were unnecessarily censored.

That’s right, sometimes it’s alright to be salty AF about things in the past. Well, as long as you don’t say it out loud. At least not in Singapore. The controversial Singaporean documentary depicts the arrest of 22 alleged Marxist conspiracists under the Internal Security Act (ISA), which involved the coercion of the detainees without trial for several months/years.

It was given an R21 rating by the Media Development Authority (MDA), despite not having any violence, nudity, drugs or gay scenes — the typical kind of stuff that earns a film an R21 rating in Singapore.

The selective use of excerpts from newspaper reports and television programmes featured in the film did not provide a balanced account of history. Instead, they appeared to reinforce the one-sided narrative of the former detainees. As maturity was needed to understand the context within which the information was being presented, the FAC felt that the film would be more appropriate for mature viewers above 21 years old.

Ironically, secondary school students learn about Marxism and Communism in their history textbooks as well as Singapore’s history in Social Studies — so why is this part of our history considered “inappropriate”?

And how are our young people going to gain the maturity to “understand the context” of such films anything remotely controversial is censored?

Filmmaker Kwek aimed to throw “political correctness out the window” with this film, which centres around 3 different stories of promiscuity in Singapore.

And he sure did, unfortunately at the risk of the film ever being viewed again. 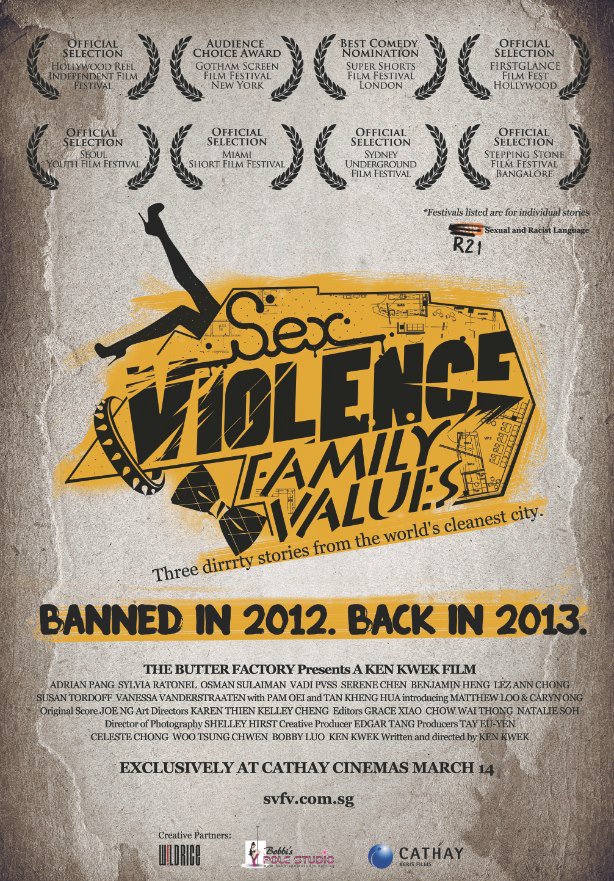 As certain remarks in the short film anthology were labelled racist towards the Indian community, the film’s M18 rating was revoked by the MDA in 2012, meaning it could not be shown.

Although it’s definitely not cool to make racist remarks, the censors who decided to revoke the M18 rating might have missed the point — producer Tay Eu-yen was quoted by Screen Anarchy as saying that the “offensive” scene in the movie was actually “a satire that discourages racism by portraying and attacking stereotypes”.

“The film was made to cast irony on negative sexual, racial and familial assumptions that people tend to make,” he added.

But it wasn’t the end for this movie, as 2013 rolled by and the MDA decided to lift the ban, giving the movie an R21 rating instead after edits were made.

The initial ban actually did the movie a favour, as its screenings subsequently attracted sell-out crowds.

However, Mr Kwek got a sense of deja vu when the film was again banned, this time from a film festival in Malaysia.

You’d think that since 1987: Untracing The Conspiracy was criticised as being unbalanced, it should be fine to portray different perspectives in a film, right?

However, this wasn’t the case for Mr See’s film, which documented the life of opposition politician Chee Soon Juan from the Singapore Democratic Party. 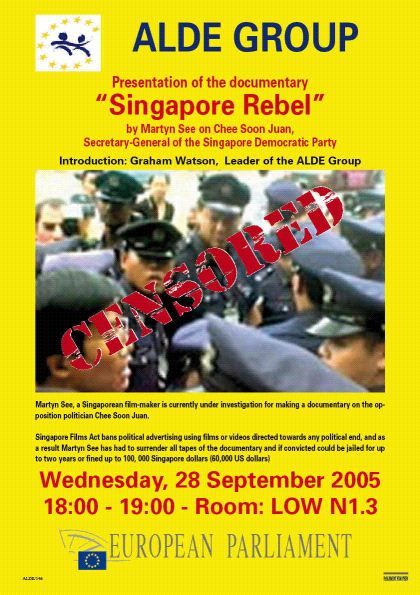 The documentary was labelled by the MDA as a “party political film” and was banned in 2005, completely misunderstanding the purpose of a documentary in the first place.

It was only 4 years later that the ban was lifted with an M18 rating, when half a million people had already viewed it online.

Ms Tan’s film aimed to provide an “external view” to Singaporeans by documenting the lives of 9 people exiled from the country due to their supposed Communist involvement in the 1970s to 1980s. 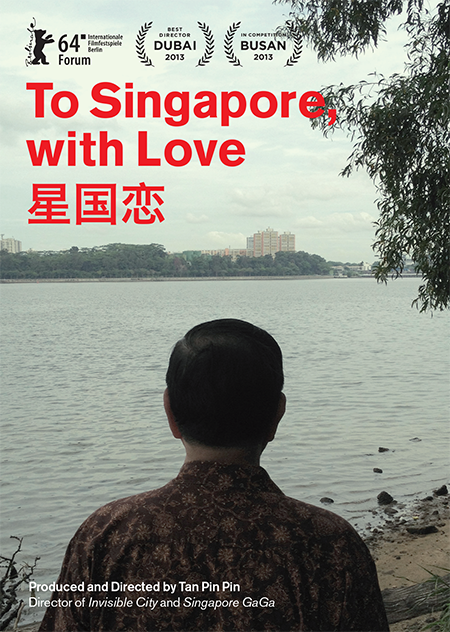 As such, the film was believed to undermine national security. According to the MDA, the film depicted “distorted and untruthful accounts”, and was banned in 2014.

Yup, because lying would have totally benefitted these people who can’t even return to their country — we don’t think they would have allowed back into Singapore no matter what they had said, no what would they have had to lose by telling the truth?

Still, the film was shown in film festivals outside of Singapore such as the SEA ArtsFest in London, and it’s available for pay-per-view streaming on Vimeo — provided you’re not logging in from a Singapore IP. 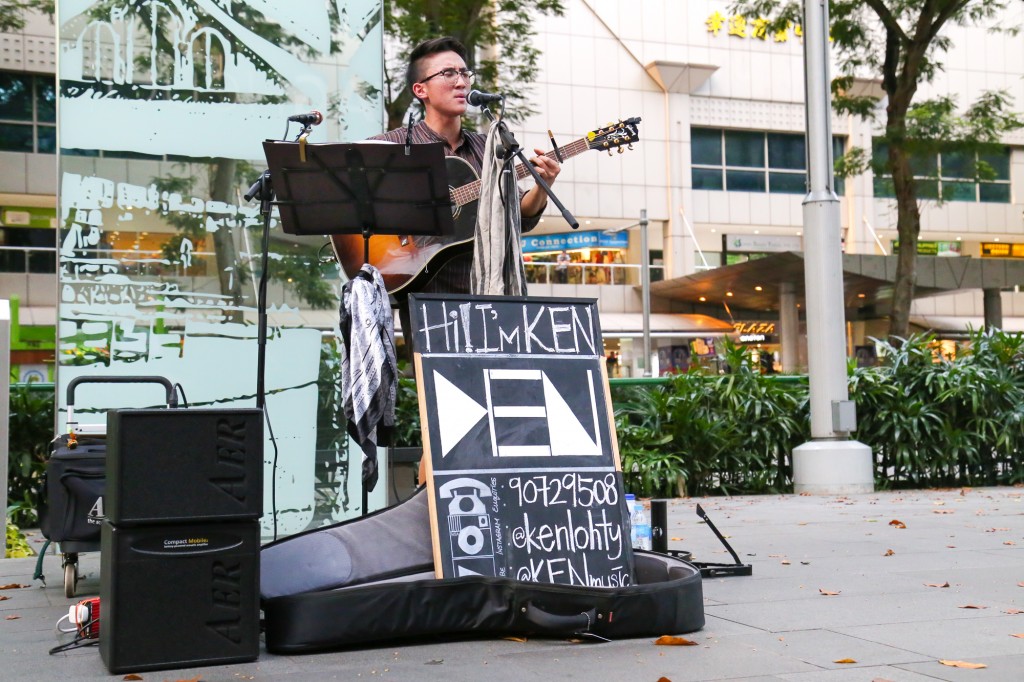 In 1994, busking was disallowed completely in Singapore due to the supposed “noise” made by buskers.

We guess at the time, the powers-that-be were literally tone deaf and couldn’t differentiate noise from a musical performance.

However, in 1997, a busking scheme by the National Arts Council (NAC) was started to “enliven the streets of Singapore”, making auditions necessary in order for aspiring buskers to get a licence.

Making buskers audition in order to be able to busk kind of defeats the purpose of busking in the first place — it’s supposed to be organic street music, not Singapore Idol: The Street Edition.

Currently, those who are caught sharing their passion without a licence will face a fine of $1,000.

It looks like even our talents need to go through examinations in Singapore.

6. And Tango Makes Three by Peter Parnell and Justin Richardson

Remember the movie Happy Feet? Well, some Singaporeans weren’t exactly happy for these penguins to be taken out of our libraries. The children’s book was banned due to the supposed homosexual themes in the story about 2 male penguins raising a baby penguin.

The National Library Board had called for the removal and pulping of all existing copies of the book on its shelves.

Due to an outcry, the books were moved into the adults’ section instead.

7. I Know Why The Rebel Sings by Newsha Tavakolian 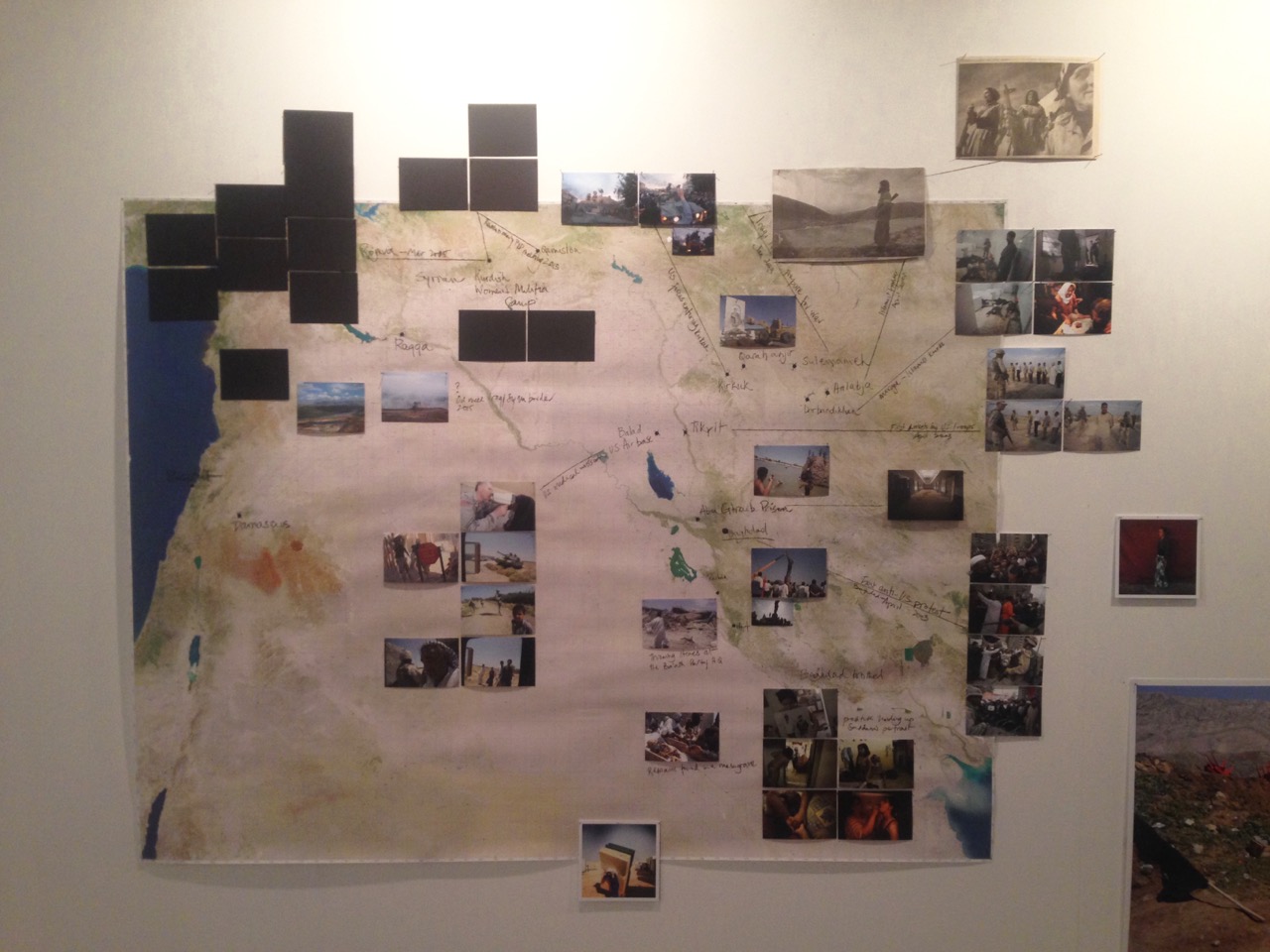 In fact, there were issues with 31 out of the 150 photographs submitted due to the extremist groups depicted in her photos, which the MDA deemed would upset the public.

Thus, these photos were actually blackened out for the exhibition.

Our guess it that was precisely the point of the exhibition — to show upsetting photos of the bloodthirsty extremists and their action, to drive the message about their atrocities home to complacent first-world people like Singaporeans who think such things happening in a faraway place don’t concern us.

We’re guessing that the MDA thinks ignorance is bliss, preferring to ensure that Singaporeans remain not only physically protected, but childlike and sheltered mentally?

No wonder people say that we are a nanny state.

In 2013, Ms Samantha Lo was sentenced to 240 hours of community service for pasting stickers on traffic light buttons and decorating roads with the words “My Grandfather Road”.

This sparked a public debate over what the government deems as art, as compared with vandalism.

Most of the people who saw the stickers thought they were amusing, and they definitely didn’t cause any inconvenice at all to the public.

Apparently, artistic stickers are more of a nuisance than the multiple fliers pasted everywhere in public spaces — simply because the stickers were pasted without permission from the authorities. But hey, at least Ms Lo is back in the art scene again, this time fiercer than ever.

She just held her 2nd solo exhibition Greetings From Singapore in January, and perhaps as a cheeky throwback to her infamous run-in with the authorities, also published a book of the same name that contains photos of her stickers that were pasted around Singapore.

At the end of the day, we can’t deny that censorship is a way of life in Singapore won’t go away soon.

After all, there are still many things that people are sensitive about and offended by in this island of ours.

Still, we should make concerted efforts to open our eyes and be wary of what we’re allowed to and not allowed to see on a daily basis, for the sake of our artists and filmmakers that do not have freedom to share their art.

After all, the voices of all Singaporeans matter. Don’t they?