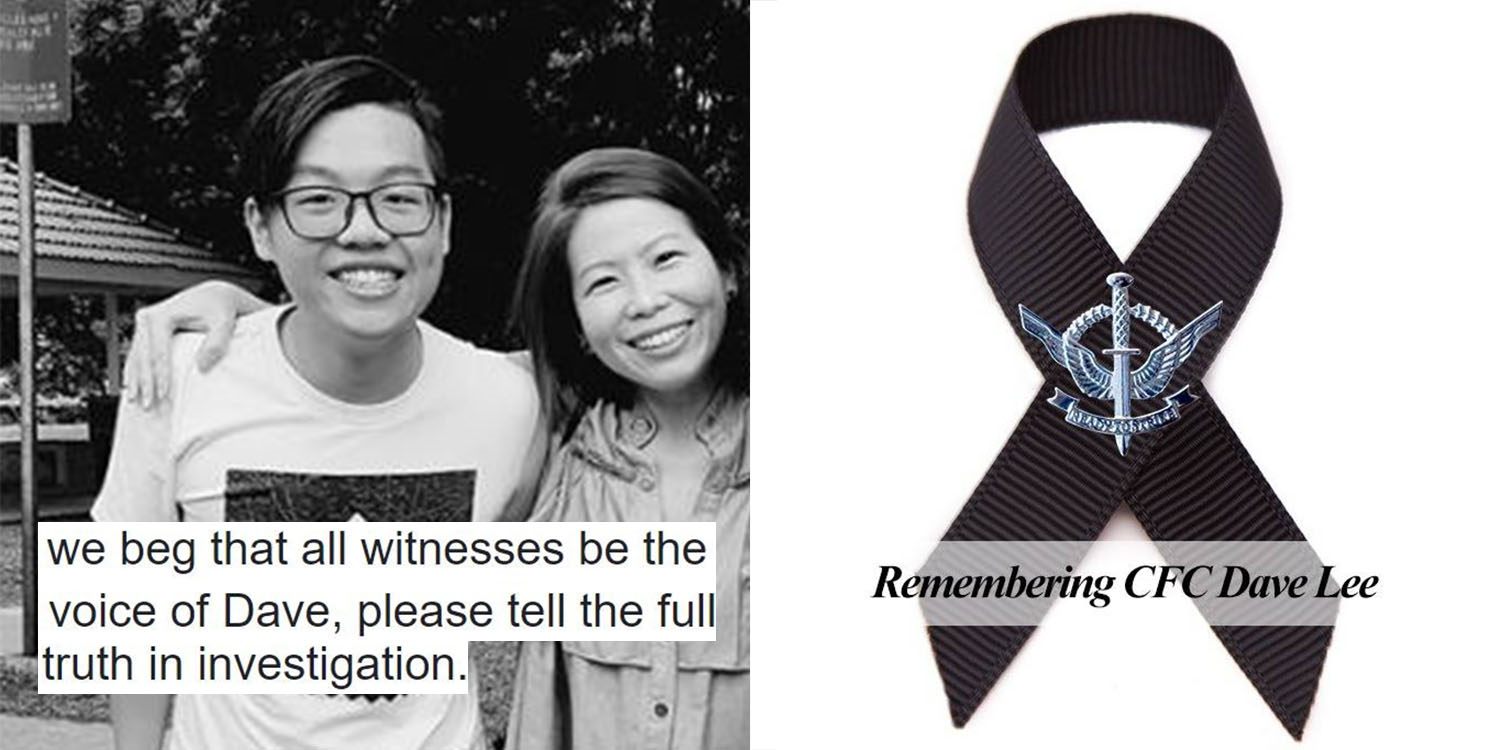 In it, CFC Lee’s Scout Commander, as well as his platoon mates, shared heartwarming memories of the 19-year-old, who passed away on Monday.

Ms Cecilia became known to the cybersphere earlier this week, when she shared a soldier’s controversial account of CFC Lee’s ordeal.

In doing so, she became a symbolic figurehead for a faction of netizens who believe that the investigation into CFC Lee’s death may not be as transparent as it should be.

In it, she urges Dave’s army mates to “please tell the full truth” in the looming investigation.

Perhaps the aunts are concerned about how the impact of the SAF’s “chain-of-command” policy on the investigation.

Power of the committee

As usual, the Committee of Inquiry will be chaired from a civil servant from another ministry – this time, the Ministry of Education.

This is in an effort to ensure its transparency.

Perhaps in response to public anger over the incident, the Ministry of Defence also confirmed that the Police would investigate CFC Lee’s death as well.

A Coroner’s Inquiry may be held based on the outcome of the Police investigation.

We hope that both investigations will shed light on what happened to CFC Lee and give his family some much-needed closure.