CHC Members Can “Support” Those Who Were Convicted

It’s really expensive to fight a court case in Singapore. For the 6 members of City Harvest Church (CHC) convicted of misappropriating about $50 million in church funds, their legal fees have been estimated by Lianhe Wanbao to be more than $20 million — not surprisingly, since they have an actual MP as their lawyer, and an MP’s time is precious as he must have Meet-The-People sessions to attend.

Well, say what you like about CHC, they do protect their own — the church has appealed to individual members to “support” the 6, right after highlighting the $20 million in legal fees and the “needs” of their families. 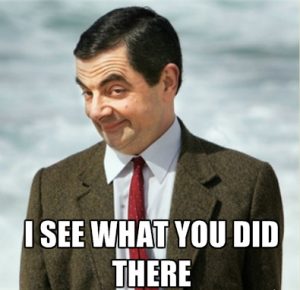 The Meaning Of “Support”

After it was reported that the Attorney-General’s Chambers would be taking the case to the Court Of Appeal, which may or may not agree with the ruling where the sentences of the CHC 6 were cut, CHC posted a message on its website explaining what was going on.

Among the FAQs was this:

The CHC 6 have to pay through their noses for legal fees, and their families have needs. Though it says the church can’t help them pay for their legal fees, individual members can “support” them.

We don’t think by “support”, they mean prayer, hugs and a pat on the back — the placement of the phrase “individual members are free to support them” right after “helping them to pay for their legal fees” clearly means that members can donate to help in the legal fees.

That’s right, the 6 members, including their beloved pastor Kong Hee, were convicted of taking $50 million in church funds, most of which were donated by church members.

Yet, members are urged to donate more money to help the CHC 6 get out of the trouble they got into for misusing the money taken from them in the first place.

And the saddest thing is, there will be churchgoers who actually give money to help out the people who misused their money.

And this means that the legal authorities can do all they can to prosecute the CHC 6, but it won’t make a dent — they will still be loyally supported by the very same people they were convicted of doing wrong against.