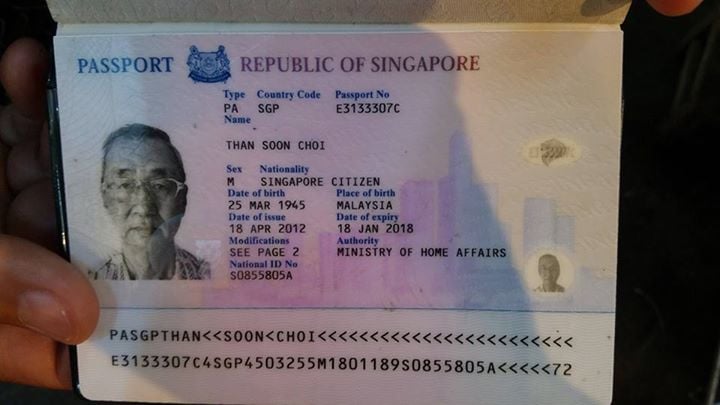 This Singaporean family would never have imagined what ensued after they bought their three-room flat at Stirling Road.

Mr Septian Hartono is the biggest victim of this scamming case. Having bought the flat at Stirling Road in 2012, he has been facing unknown strangers appearing at his door, in a bid to get their money back. He had even accompanied some victims to make a police report.

Dating back to as early as 2006, a Singaporean in Bangkok has been preying on other unsuspecting Singaporeans on holiday with the same sob story.

Targeting Singaporeans at different locations, Mr Than Soon Choi would appear at places like Pratunam, Gaysorn Plaza, Platinum Fashion Mall – often striking a conversation with fellow Singaporeans by asking, “Are you Singaporean?” in Mandarin. Spinning the same tale about how him and his wife got robbed, he pleaded for some money to get home, finishing off with a promise to repay the money upon return to Singapore.

To convince his victims, he would claim that he is already in his seventies, portraying himself as a helpless old man in dire straits. For assurance, he allowed his victims to take down his details by showing his pink IC and handphone number. 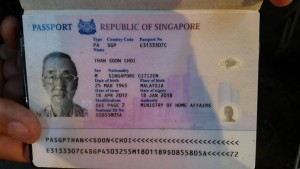 Often pretending that he had no money because his wife’s bag had gone missing or was pickpocketed while shopping, the conman would ask for amounts ranging from $80 to $300 from Singaporeans holidaying in Chiangmai and Bangkok.

Victims of the Singaporean conman said he showed them his Singaporean passport and identity card (IC) to assure them that he was a retiree back home.

His IC identified him as ‘Than Soon Choi’, staying in Blk 164, Stirling Road, said one of the victims. Others said he only identified himself as ‘Than’.

Three who were cheated earlier this year in March and April said he approached them while they were at Platinum Fashion Mall in Bangkok.

One of the victims who lent the conman $140 for ‘train tickets back to Singapore’ for him and his wife, editorial executive Wendy Wong, said: “He approached us, looking very flustered, and rambling in Cantonese.”

Ms Wong, 24, did not make any police report because she did not have any information about him beyond his fake phone number and address.

Like her, many did not make police reports. They said it is because they had lent the money out of their own goodwill, and thought that they were the only ones to have been cheated.

“It is not about the money. It’s more about how our sympathies were played on,” said Ms Wong.

Many dismissed this as a one-off scamming case, with most not reporting to the police and letting him get away scot-free.

Don’t let your sympathy get the better of you

While taking sympathy on a fellow countryman may be good, travellers should never let their guard down. In these situations, always mention the authorities – the Thai Embassy or the police – and avoid handing out actual cash. True victims generally will not reject the help of authorities. Warning bells should ring if the other party goes hemming and hawing.

With Than still using the same modus operandi, we can avoid letting more Singaporeans fall into the trap by raising awareness of this scam.