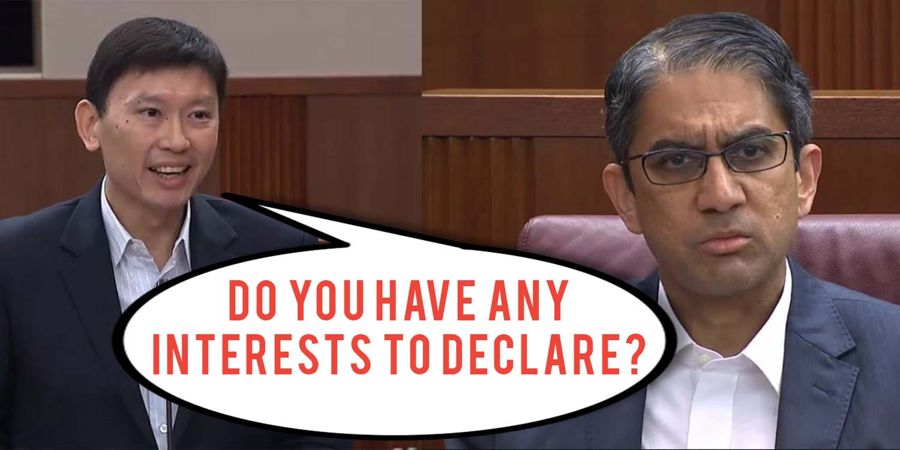 Things got pretty heated between Senior Minister of State (SMS) For Health Chee Hong Tat and Non-Constituency Member of Parliament (NCMP) Leon Perera in a parliamentary debate about the Tobacco (Control of Advertisements and Sale) Act.

In the sitting on 7 Nov, parliamentarians approved the amendment to the Tobacco (Control of Advertisements and Sale) Act, raising the legal age to purchase and consume cigarettes to 21 by 2021. While this was agreed upon, some members of the house questioned if the total ban on e-cigarettes was necessary.

With the government seeking to reduce the number of smokers, NCMP Leon Perera suggested that smokers be allowed to have “a controlled quantity of e-cigarettes”. However, Mr Chee had reservations about Mr Perera’s intentions for advocating the use of substitute tobacco products.

This led to a heated clash between the two politicians.

The use of smoking cessation devices such as e-cigarettes was brought up in the parliamentary debate on Tobacco (Control of Advertisements and Sale) Act, with parliamentarians such as NCMP Leon Perera proposing that these devices could help smokers kick the habit.

Although Mr Perera argued that “the humane thing to do” is to allow smokers access to these less harmful products, Mr Chee appeared cautious of Mr Perera’s motives.

Mr Chee pointed out that the NCMP was adopting a similar stance to “what tobacco companies have advocated”. Take this Philip Morris advertisement for example.

Given that Mr Perera is the CEO of Spire Group, a research and consulting firm, Mr Chee suspected that the NCMP had a hidden agenda for promoting e-cigarettes. This was implied when the MP offered Mr Perera the chance to declare if he has any special “interests” on the topic.

Mr Chee’s statement was met with a swift rebuttal from the NCMP, who realized that the SOM was trying to imply that he was abusing his power as an NCMP to achieve financial gain. And, boy was he pissed-off. 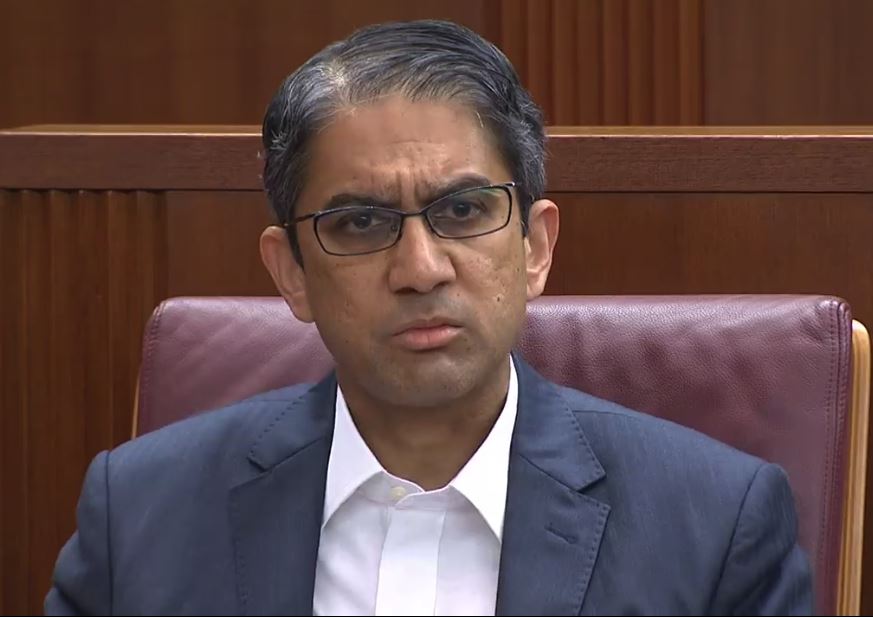 What are you trying to say about my integrity, bro?
Source

The Workers’ Party member assured the house that his “comments [were] not in any way motivated by any prospect of financial gain”. In fact, Mr Perera argued that his company’s policy is to stay clear of tobacco clients.

Mr Perera added that he takes “strong objection to any implication” that the SOM was insinuating that he had commercial motivations, arguing that his comments were based on his “principles and matters of opinion”.

Now, anyone that has watched the conversation could tell that the SOM was trying to attack Mr Perera’s integrity. But, Mr Chee attempted to play possum by feebly replying that “[he] had only asked [Mr Perera] if he had any interests to declare”. 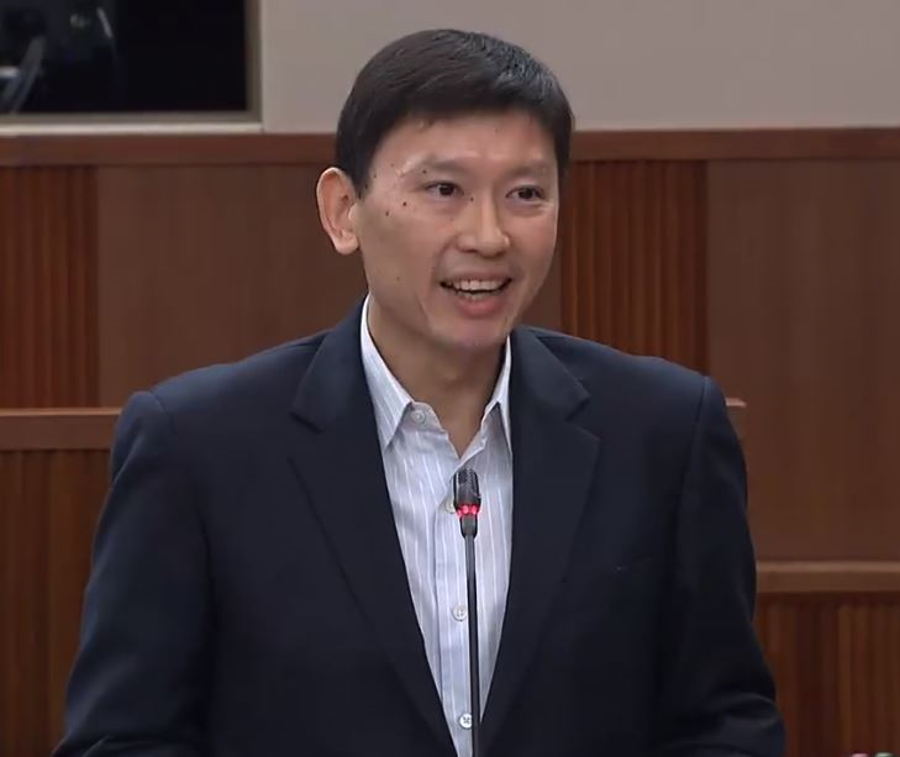 Why so serious?
Source

However it was obvious that Mr Chee was trying to lead Mr Perera into a hole, as the former showed that he had done his research on Mr Perera’s clients. SMS asked “if Henkel, a key manufacturer of adhesives for cigarettes, is a client of the Spire group”. Whoopsie, Mr Perera.

Now for those of you who are wondering what Henkel does, we did some research and found out that the multinational company deals in three main business areas: adhesive technology, beauty care and laundry & home care. That is a pretty wide range of products for a company that Mr Chee describes as being “a key manufacturer of adhesives for cigarettes”.

To put that into context, Mr Chee’s accusation that Mr Perera supports the tobacco industry because his client is Henkel is like saying global warming is caused by farts — there’s a link there, but it’s not quite strong enough.

In response to this far-fetched claim, Mr Perera replied that Henkel used to be a small client in the “past” but reiterated his stance that Spire does not “support tobacco companies” such as Philip Morris.

Netizens stand up for Mr Perera

They accused Mr Chee of wasting precious time and condemned this attempt at a “low-blow”.

One even pointed out that other MPs have links to external companies and questioned why they were not probed by Mr Chee.

So first of all, Mr Chee suggests that Mr Perera is advocating for cigarette companies, because the WP MP suggested e-cigarettes as an alternative for smoking cessation, which Mr Chee pointed out as a suggestion that cigarette companies also agree with. Secondly, Mr Chee again insinuated that Mr Perera had a vested interest in advocating e-cigarettes, because his company counted a firm that manufactures cigarette adhesives – including household items such as shampoo and detergent – as a client. These arguments are basically the definition of “slippery slope”.

Here’s the kicker: PAP MP Louis Ng also stood up for e-cigarettes, but wasn’t picked apart by Mr Chee, or at least we don’t know about it. According to ST, Mr Ng wondered if Singapore “might be missing out on a chance to benefit” from a policy that allows governmental bodies to control the use of these cessation devices to help smokers. The Nee Soon MP also cited that countries such as Britain, New Zealand, and the United States have conducted extensive research and passed policies to allow the use of e-cigarettes.

Insinuating that a fellow parliamentarian is abusing his power for personal gain are basically lawsuits for defamation. We can only wonder what would happen to Mr Perera if he was the one making such a accusatory statement, instead of Mr Chee.